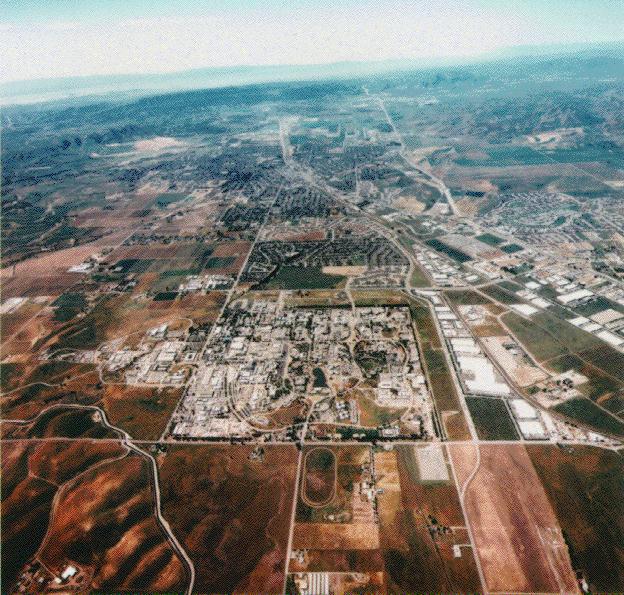 Following is a news clip out of Sacramento, CA that tells us that in the Greater San Francisco Bay/San Jose, CA area, a federal weapons laboratory has applied to explode up to 8,000 (EIGHT THOUSAND) pounds of toxic and radiological contaminants into California’s air annually.

In case you’ve not yet heard? This invisible “gift” to the good folks of California (and wherever else the wind blows) includes a mighty hefty dose of "Depleted” Uranium. This component of nuclear and radiological weapons stays around in the environment for more than 4 billion years and is, in fact, the very same nasty stuff that the military uses on “the enemy” in the Middle East.

This new permit that the Lawrence Livermore Laboratory has filed with the San Joaquin Valley Air Pollution Control District is, however, nothing all that new. The only real “news” here is that the 8,000 lbs. is an eight-fold increase of what's already been going on near San Francisco for decades. One thousand pounds (1,000 lbs.) of these contaminants have routinely been exploded at Livermore’s Site 300 each year (since at least 1961) into California's air.

This is no joke. The federal government explodes “Depleted” Uranium into the open air INSIDE THE UNITED STATES in order to run “tests”, they tell us, that simulate some kind of new bombs. They certainly must be getting pretty darn good at making all kinds of new bombs by now, as they’ve been “testing” this stuff for the past 45 years in a densely-populated area filled with 10 million people!

No, this truly is *not* some diabolically horrid new plot for the next Stephen King movie. This is actually happening, and has happened – apparently below the national radar - for longer than many of us have been around.

One wonders then, if it is pure coincidence that in 2003, the greater San Francisco/San Jose area had more reported incidences of cancer than in the entire state of Maryland? One suspects not.
http://apps.nccd.cdc.gov/uscs/Table.aspx?Group=TableGeo&Year=2003&Display=n

Apparently someone at the top must have recently decided that blasting 1,000 pounds of these poisons annually is not nearly enough aerosolized nano-sized particulates to be lodged, quite literally, up to decades inside America’s lungs!

With a state dedicated to improving public health and air quality almost with religious zeal, it’s mighty interesting that such an environmentally-conscious state would actually be Okay, Like, Whatevvvvver with regard to adding another 7,000 lbs. of health-destroying contaminants into the atmosphere –on top of the 1,000 lbs. they historically already blast there each year.

It’s believed that most Californians do not even know about these radioactive poison gas explosions. Nor do most Americans seem to even have a clue that an illegal war weapon of indiscriminate effects is being used by its own government in the air inhaled by its very own people. http://tinyurl.com/389l89

Below is a short news clip video by Cornell Barnard on the subject of the increase in toxic and radioactive contaminants into open air near the farm lands where a great deal of the produce (think grapes, lettuce, citrus fruits, dairy products, and wine) that winds up on kitchen tables across the nation is grown.

As you will see, the dutiful Livermore Laboratory Public Relations worker featured in the news clip is ever the maternal, soothing voice for the Department of Energy (the obedient agency that acts as the War Department’s handmaiden). The poison Lab spokesperson (could be anyone's Mom, Auntie, or next door neighbor) calmingly reassures Californians that there’s “no public threat” and that the feds, the people who put the (contaminated) bread and butter on her table, would never do anything to harm its citizens.

Well, as much as I hate to argue with a taxpayer-funded cheerleader for our national bombs and weapons “research and development” program, I have seen the list of roughly 70 contaminants they’re exploding at Site 300 at the Livermore Laboratory in California… and they sure don’t look very innocuous to me! These public health poisons include Depleted Uranium, Lead, Chloroform, Carbon Monoxide, Ammonia, Cyanide, Benzene - and that's just for starters!

When you watch the news clip, be sure to watch the Livermore PR spokesperson and her body language carefully. You know, one could even swear that her nose grows a bit longer by the time she’s finished speaking.

There are 2 news clips contained within the link below – the Cornell Barnard report is the one to watch.


http://www.news10.net/display_story.aspx?s...
Add Your Comments
LATEST COMMENTS ABOUT THIS ARTICLE
Listed below are the latest comments about this post.
These comments are submitted anonymously by website visitors.