Add an Event
Newswire
Calendar
Features
Home
Donate
From the Open-Publishing Calendar
From the Open-Publishing Newswire
Indybay Feature
Publish to Newswire
Add an Event
Related Categories: Americas | International | Global Justice & Anti-Capitalism | Police State & Prisons
People's Guelaguetza Attacked by Oaxaca State Police
by Carwil J
Thursday Jul 19th, 2007 8:49 AM
This morning, on the third day of the People's Guelaguetza
(Guelaguetza Popular), a track of Oaxaca's annual festival being held
by the striking Teacher's Union and by the Popular Assembly of the
Peoples of Oaxaca (APPO), a mass march of thousands of people
attempting to reach the Guelaguetza auditorium was blocked by state
police 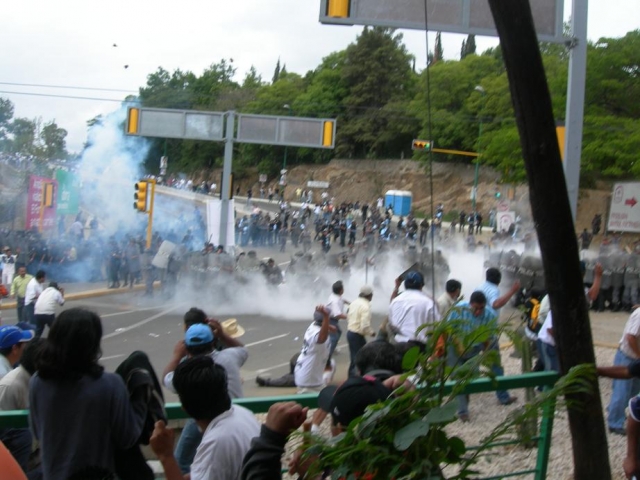 original image (922x692)
From my vantage point which was quite close to the police line at the time a long wait
suddenly transformed into chaos, the clash began with a clear and quite concerted attack by the police using teargas on a diverse crowd. Clashes on the street continued for some hours afterwards. The People's Guelaguetza was relocated to the inadequately small, and therefore quite packed Plaza de la Danza, where many thousands watched performances and messages of solidarity throughout the state.

Worth noting from an eyewitness: While the crowd of people was eagerly
shouting for the right to attend, verbally berating the cops at times
(as well as telling them they shouldn't fight for the corrupt governor
Ulises Ruiz Ortiz), and sustained many chants of "Advance, Advance",
from my vantage point there was no physical aggression on their part.
Reporters from Milenio, a major Mexican newspaper, confirmed in print
today that the clash began with one cop responding physically to a
verbal insult from one protester ("¡Eres un perro, un asesino de
Ulises Ruíz!"/"You are a dog, a killer for Ulises Ruiz!"). See Milenio
(Español): http://www.milenio.com/index.php/2007/07/17/94316/ However,
the initial police assault did not have the character of an expanding
clash, but rather the concerted concentration of cops behind the front
lines into the center and the synchronized unleashing of teargas.

Please note that initial reports of a protester dying as a result
internal injuries due to a teargas cannister are also false, despite
the use of the word "confirmed" in some headlines.
§Woman Chanting "We are a people with much dignity!"
by Carwil J Thursday Jul 19th, 2007 8:49 AM 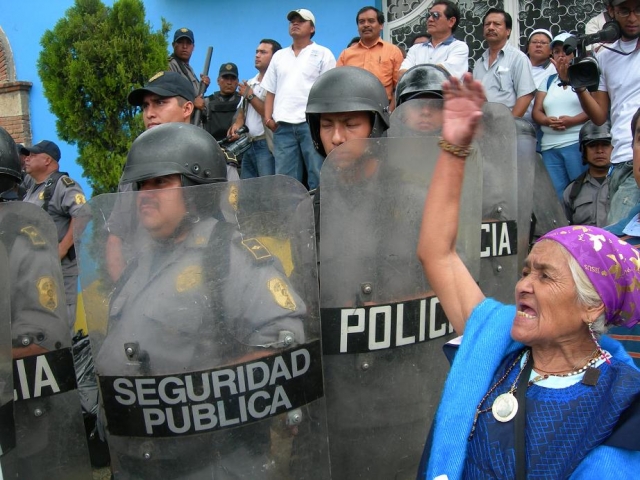 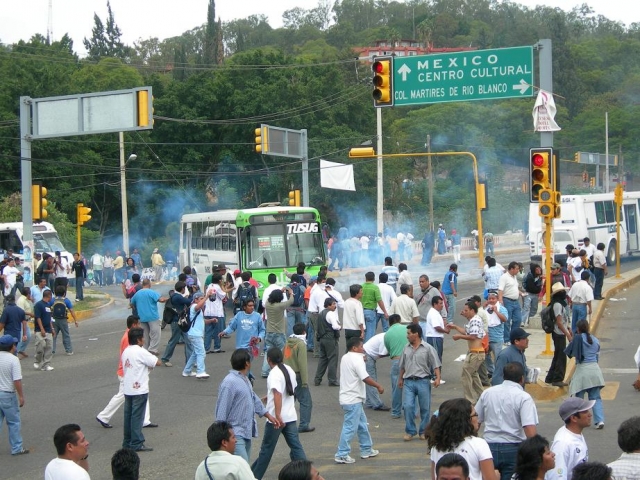 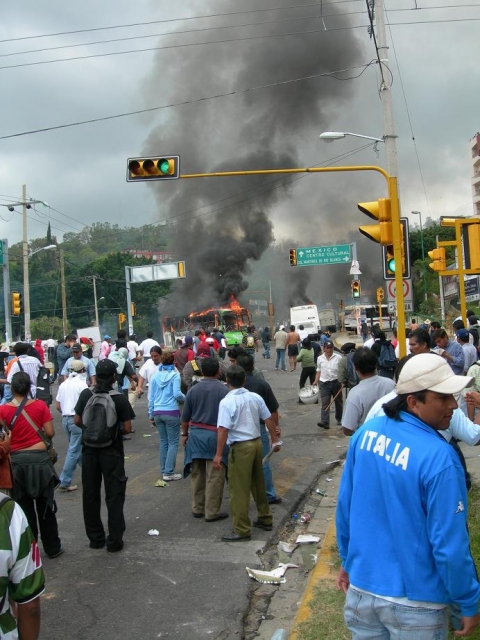 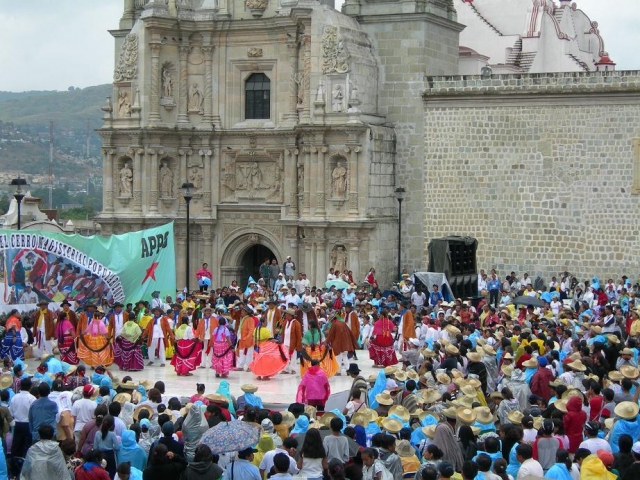 original image (922x692)
Add Your Comments
LATEST COMMENTS ABOUT THIS ARTICLE
Listed below are the latest comments about this post.
These comments are submitted anonymously by website visitors.