Pacifism Summer: Revolution Summer Through the Lens of Churchill's Pacifism as Pathology

by B. Rex (info [at] faultlines.org)
State police, often serving as the order-preserving arms of global capitalism, have a simple formula for dissolving groups that pose a threat to that order. This formula has been documented for decades in the US and has even been applied against completely nonviolent groups. According to Ward Churchill in Pacifism as Pathology, reissued this year by AK press, the existence of such a formula brings up an inherent flaw in the logic of American Liberals and other totally ineffectual leftist groups that remain stridently critical of the use of violence in resisting the state. Churchill makes light of the absurdity of assuming that as long as dissent remains nonviolent, the state will be forced to follow suit. He then unveils the harsh truth that within nation-states that can mobilize violent use of force to protect ruling-class interests, the stance of absolute nonviolence has become a placebo for the progressive class, quelling their woes but changing nothing.
In the police state we live in, understanding this reality does not lead to any particular solution. Pinned between a rock and a hard blow to the head for even nonviolent assembly, we continue to choose from the ever-increasing list of state-sanctioned ways to rebel against the system—marching in permitted protests, signing petitions, calling your local legislator, wearing buttons espousing your political views, and making an annual trip to Burning Man. Sometimes we’ll even end up in jail for some symbolic action that hopefully gets decent press and allows us to cope with our relative helplessness. But the fact remains that our tax dollars pay for the very batons that come cracking down when we stick our necks out to ask if this is really necessary. Concerned citizens, and even a Fox News reporter, were asking this question at MacArthur Park on Mayday in LA after what seemed to be a real-life episode of Cops Gone Wild (Youtube it if you haven’t seen it yet). That day, police were apparently given orders to do their stomp and smash robot march during a peaceful immigrant rights rally, clearing the park, battering kids, taunting old ladies, and trampling news media. Yes, they are trained to do that. Yes, they would do it to you. That same week at this year’s San Francisco International Film Festival, a packed Kabuki Theater watched the premier of Revolution Summer, a dark indie feature examining the lives of young hipsters coping with life in a dismally repressive world. The film, produced and shot here in SF and Oakland, portrays a couple impassioned morons fetishizing vague revolution in a vague plot to use armed violence against the vague state. Through the lens of Pacifism, the film is thematically germane, glorifying an earnest desire to react, and considering armed plots as a means to do so. However, a slow drawn out plot in which a couple of angry kids plan some kind of haphazard offensive and have to face grave consequences—getting beaten and interrogated before they even carry out the action—seems like a pretty incoherent assessment of the dilemma of repression for the privileged dissident. An essay by Mike Ryan in the new edition of Pacifism points out that in “colonized/neo-colonized” Third World countries, there has never been a successful campaign against the oppressive state without resorting to violence, which often begins for defensive purposes. The use of violence is empirically indispensable when dealing directly with state oppression. But here in the First World we are dealing less with direct oppression and more with forces of alienation and the remorse of ineffectuality. Pacifism makes the case that no matter what logic you use to condemn it, violent resistance has historically been the threat that forces First and Third World states alike to cave to the demands of nonviolent resistors. In this way, both groups are necessary for change to occur. Churchill cites the case of the Black Panthers, who polarized the left and allowed those in the nonviolent movement to feel like they had made a bigger difference than they could have alone. In the process, Panther members faced heavy and in some cases fatal persecution. In a post-Seattle, globalized atmosphere of resistance, the nonviolent tactics of decentralized mass mobilizations have had some success where they’ve been able to catch police off guard. However, ample funding and the sophisticated militarization of municipal police have picked up the slack against the current movements, and we have seen that when successful, even the tactics of relative nonviolent resistance are not tolerated. Throwing rocks at multi-million dollar armies or symbolic destruction of property is branded as inexcusable violence and “justified” persecution ensues. This persecution tells us that tactically, someone is doing something right. But historically we know that successful resistance can bear grave consequences. Revolution Summer, if anything, reinforces the need posed by Churchill to consider creative violent resistance to achieve social change. It’s just too bad that the hopeless shallow dimwits considering it never make light of the scope or history of such resistance.
END_OF_DOCUMENT_TOKEN_TO_BE_REPLACED
Related Categories: Arts + Action | Fault Lines
§Pacifism as Pathology
by B. Rex 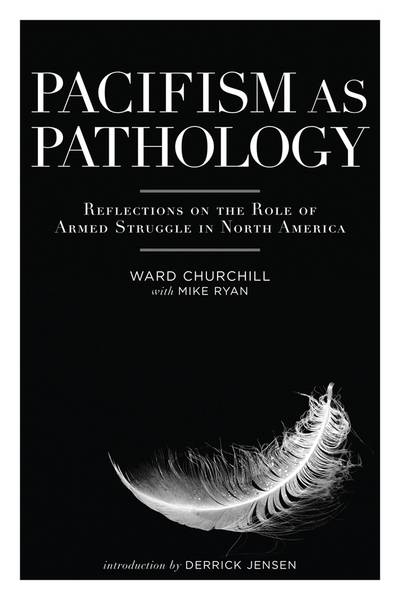 Pacifism as Pathology
§Revolution Summer
by B. Rex 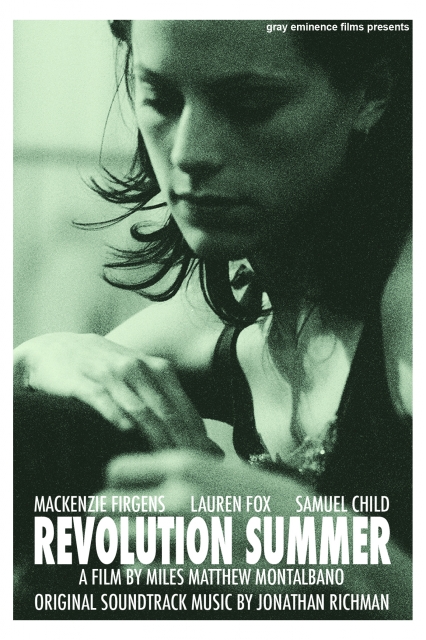 original image (1400x2100)
Revolution Summer
Add Your Comments
Support Independent Media
We are 100% volunteer and depend on your participation to sustain our efforts!