Add an Event
Newswire
Calendar
Features
Home
Donate
From the Open-Publishing Calendar
From the Open-Publishing Newswire
Indybay Feature
Publish to Newswire
Add an Event
Related Categories: San Francisco | Environment & Forest Defense | Fault Lines
Guerrilla Gardens
by Justin Valone (info [at] faultlines.org)
Saturday Jun 23rd, 2007 8:01 PM
For those of us living in our modern cities land is a foreign concept. Stories of land conjure romantic images of countrysides far from our crowded neighborhoods, images that seem irrelevant to our lives. Even though we inhabit a landscape smothered with buildings and concrete, the struggles for land fought by rural people hold many important lessons for us as we strive for control over our lives and communities. When we consider the landless state of most poor people the world round and how most of us own no land, we realize we are all perpetually inhabiting someone else’s space. Our lives and communities as well as our food supply are controlled by people in far away places whose main motivation is profit. When we start to reclaim some of this space we begin to take back our lives. 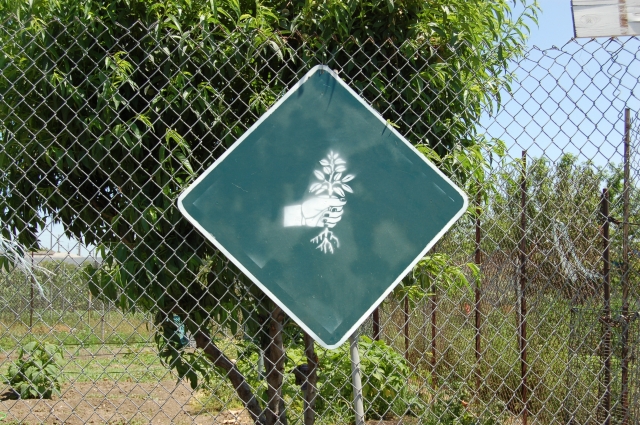 A different version of this article appears in Fault Lines #21. This is the final version.
http://indybay.org/faultlines
Add Your Comments
LATEST COMMENTS ABOUT THIS ARTICLE
Listed below are the latest comments about this post.
These comments are submitted anonymously by website visitors.