by Chris Avilla (info [at] faultlines.org)
On April 19, City College of San Francisco celebrated Earth Day by showcasing alternative fuel and electrically powered vehicles on the school’s Ram Plaza. Among the line-up of vehicles was a biodiesel hot rod that some fellow CCSF students and I built in the school’s Automotive Department. The hotrod is a 1974 El Camino Super Sport that was originally gas powered with a 350 Chevy engine. We pulled the engine and replaced it with 6.2 liter GMC diesel engine and filled the tank with biodiesel. 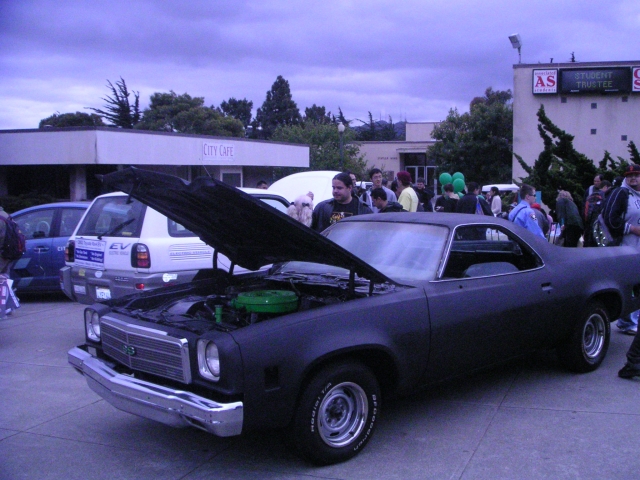 From Fault Lines #21
END_OF_DOCUMENT_TOKEN_TO_BE_REPLACED
Related Categories: San Francisco | Fault Lines
Add Your Comments
Latest Comments
Listed below are the latest comments about this post.
These comments are submitted anonymously by website visitors.
TITLE
AUTHOR
DATE
Do your homework bub
Chris
Anarchist Club
Monk
Support Independent Media
We are 100% volunteer and depend on your participation to sustain our efforts!