Heroes for 9/11 Truth, for Peace, for Impeachment 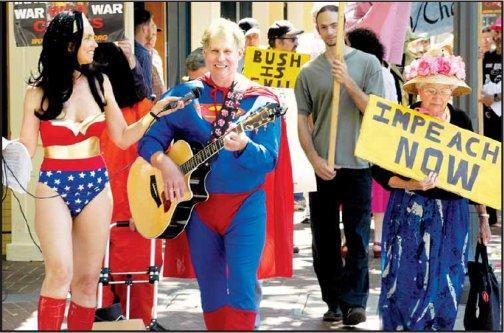 9/11 has been used to sell wars, pass the PATRIOT Act, construct the Homeland Security apparatus, to institutionalize torture and to weaken the Constitution and the Bill of Rights. Heroic citizens have exposed lies and omissions in the Commission Report, demanded the release of suppressed evidence and called for a genuine investigation. From a one-woman “Listening Project” in downtown Palo Alto (Wednesdays 11 am -- 1 pm), the 9/11 Truth movement has grown and raised awareness through numerous websites and conferences to the point where the majority of Americans now doubt the government’s 9/11 narrative. The demands of the 9/11 Truth movement in 2003 to “stop the 9/11 cover-up, repeal the PATRIOT Act, and demand pre-emptive impeachment of Bush,” prior to the war, were dismissed by Rep. Eshoo and other members of Congress, who continued to fund the war and have failed to respond to a growing public outcry for the impeachment of Bush, Cheney, and Gonzales.

Dr. Bob Bowman, Lt. Col., USAF, ret. flew 101 combat missions in Vietnam and directed "Star Wars" weapons programs under presidents Ford and Carter. After retiring from the Air Force in 1978 Dr. Bowman, whose Ph.D. is in Aeronautics from Caltech, managed advanced space programs in industry. He resigned in 1982 when he felt that his job inhibited his ability to challenge US programs of offensive space weapons. Dr. Bowman has spoken out about the need for new investigations of 9/11, and charged Bush and his cronies with treason in 2003. Appearing locally in his "Patriot Tour," Bowman calls for a government that (1) Follows the Constitution, (2) Honors the Truth, and (3) Serves the People. He will be speaking in Sacramento, Oakland, San Francisco, Campbell, Monterey, Santa Cruz and Kentfield from June 8th-14th.

Richard Gage, AIA, is the founding member of Architects and Engineers for 9/11 Truth. He has been a practicing Architect for 20 years and has worked on most types of building construction including numerous fire-proofed steel-framed buildings. He has most recently performed Construction Administration services for a new $120M High School campus including a $10M steel-framed Gymnasium. Currently he is working on the Design Development for a very large mixed use urban project with 1.2M sq.ft. of retail and 320K sq.ft. of high-rise office space ­ altogether about 1,200 tons of steel framing. Gage and 92 other architectural and engineering professionals have signed onto a petition posted on the site which questions the official reports of the destruction of the World Trade Center (WTC) Twin Towers and Building 7 in New York City on 9/11/01, and calls for a new investigation. Gage has made presentations to over 75 architects in the Bay Area and to universities, including San Diego, Sonoma, Chico, and Winnipeg in Canada. He has received support from members of the local Chapters of the American Institute of Architects (AIA).

Janette MacKinlay is a 9/11 survivor, author and artist. From her apartment across the street she witnessed the destruction of WTC 1. Her book "Fortunate: A Personal Diary of 9/11" recounts her struggle to come to terms through her ikebana art with her memories of that day.

Cosmos, host of Truth Revolution on We The People Radio Network, founded the National Days of Truth Action Campaign, at www.truthaction.org. In just a few months, Cosmos's vision for Truth events on the 11th of every month has spread from San Francisco to 35 cities in 6 countries. 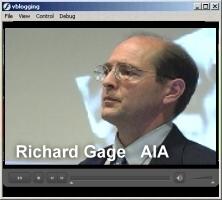 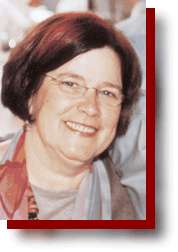 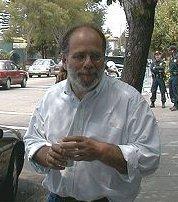