Organizer Annie Loya, pictured here speaking at a May 30, 2007 press conference, began working on the campaign against Romic when she was 13 years old. She is now 23. 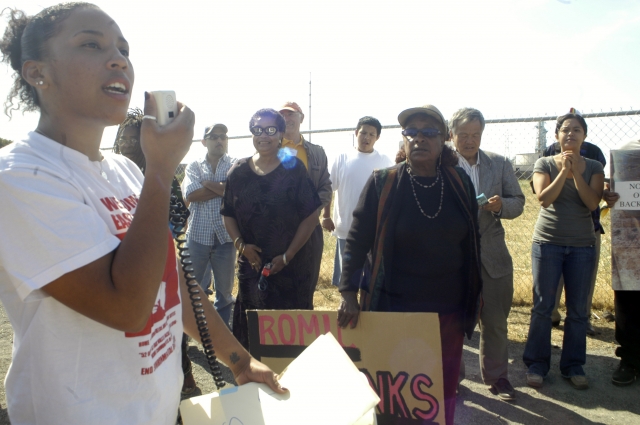 "Romic feels that since it is located in a community of color that they don't have to abide by regulations," said organizer Annie Loya in a recent newspaper interview, explaning the difficulties faced over the last decade by her youth-led environmental justice organization. "But also it is the regulatory system that is failing. The result is that there is a blind eye cast upon how businesses operate in communities like ours."

Today, Wednesday, May 30, 2007 is a historic day for the community of East
Palo Alto. After 16 years, the Department of Toxic Substances Control
issued a historic enforcement order to shut down 70% of ROMIC¹s present
operations in East Palo Alto. Issued today, Romic has 30 days to cease the
handling of hazardous waste operations. This is a great moment for East
Palo Alto, for little communities who can take on a fight, for the
environmental justice community and for history.

Since 1991, community residents have waged a campaign to shut down Romic in
East Palo Alto. Our efforts have won a partial but significant victory in
our efforts to rid EPA of this blight. We want Romic completely shut down
because people should not have to suffer from Romic¹s carelessness.

DTSC has finally begun to listen to the East Palo Alto community. In making
this decision DTSC has taken in to consideration our well-being by beginning
the process to shut ROMIC down

WE WOULD LIKE TO THANK ALL OUR COMMUNITY MEMBERS, ALLIES, FRIENDS, FAMILY,
AND SUPPORTERS WHO MADE THE CALL/ EMAIL/ PROTESTED/ WROTE A LETTER/ ETC TO
DTSC TO URGE THEM TO SHUT ROMIC DOWN!

BUT THE FIGHT IS NOT OVER FOR THE EAST PALO ALTO COMMUNITY! Romic's
operating permit is still pending. We continue to unequivocally desire our
community to be rid of Romic and its toxic activities. YUCA and the East
Palo Alto community will respond vigorously and vocally to any appeal filed
by Romic that attempts to stay this enforcement order.

Please make a call to Mohinder Sandhu at DTSC to finally shut Romic down!
Mohinder Sandhu, Branch Chief, in charge of permitting, MSandhu [at] dtsc.ca.gov,
(916) 255-3716 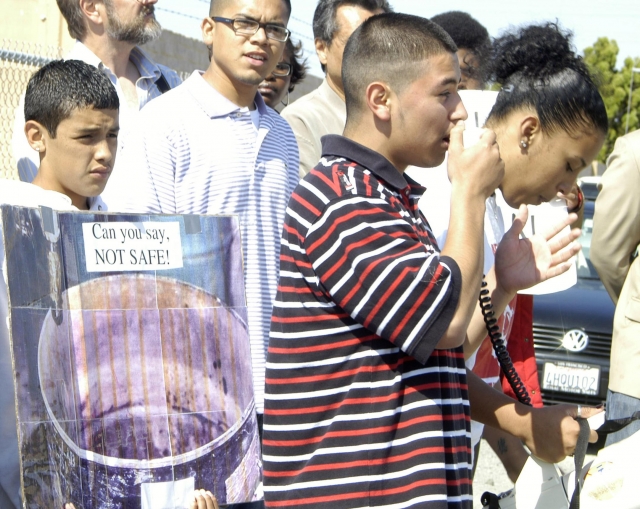 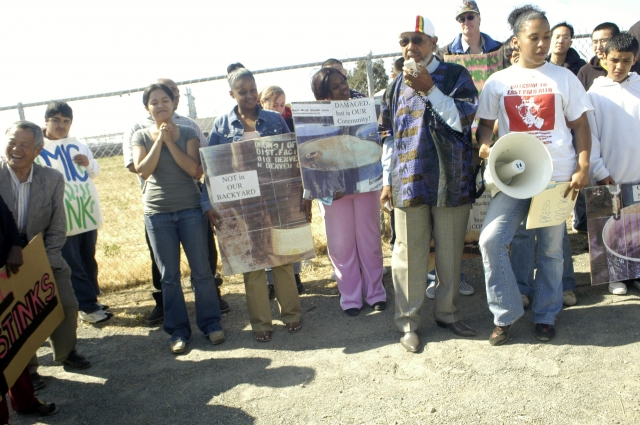 original image (3008x2000)
Longtime community organizer and East Palo Alto City Council member Peter Evans and Keisha Evans along with community
resident Charles Brewer, started the campaign against Romic back in 1989.
§Not in our Community!
by Ruth Robertson Wednesday Jun 6th, 2007 2:09 AM 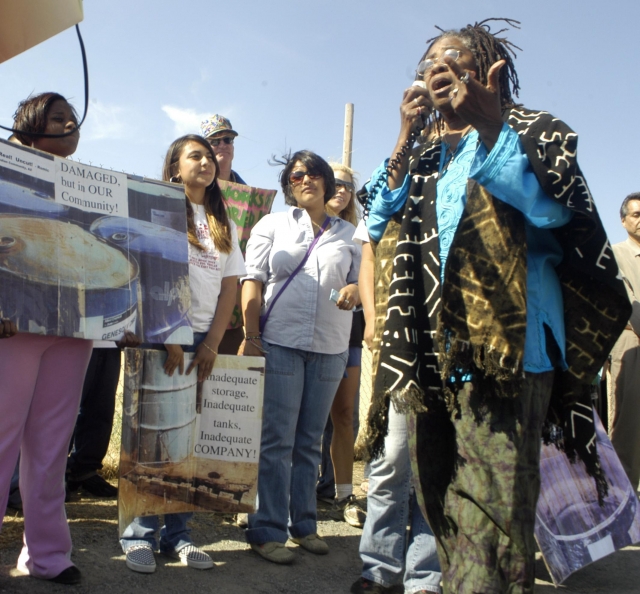 original image (2131x1979)
Keisha reminded the crowd, "the race is not always to the swift, but to those who keep on running."
Add Your Comments
Support Independent Media
We are 100% volunteer and depend on your participation to sustain our efforts!