Add an Event
Newswire
Calendar
Features
Home
Donate
From the Open-Publishing Calendar
From the Open-Publishing Newswire
Indybay Feature
Publish to Newswire
Add an Event
Related Categories: International | Global Justice & Anti-Capitalism
Hamburg protest against ASEM and the G8
by tristan
Monday May 28th, 2007 12:01 PM
5,000 people march in Hamburg against the ASEM and G8 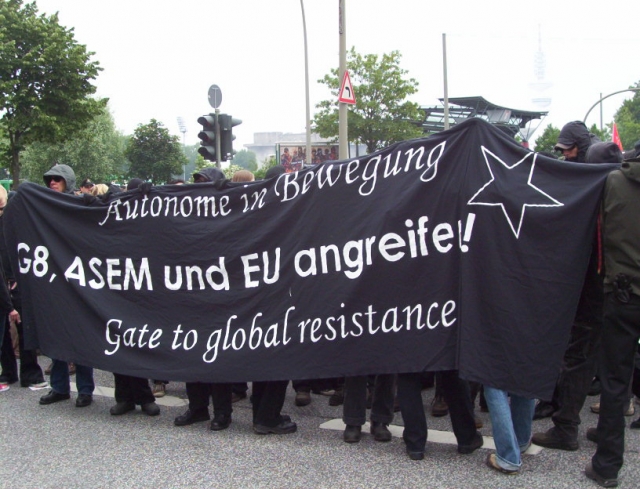 The march gathered at 12:00 and police were all around. The march was permitted and had been organized by the Autonomen or radical "black block" style activists. There had been good work with other groups and thousands of other people came. When the route was all settled with police the march started. Sound vans made constant announcements and kept us informed about what was happening. They also played music to get us pumped up.

The march had 4,000-6,000 participants and there were up to 5,000 cops. So the odds were not good of getting away with much. The march was surrounded on all side by a wall at least two thick of riot police. Dozens of water cannon tanks and armored personnel carries with bulldozer blades stood by.

The march was led by a "black block" of over 1,000. In Germany it is illegal to cover your face but everyone dressed in black with hoods, hats and sunglasses.

Police controlled the rate of the march but the marchers jumped and ran for bits and had fun. Several times flares or fireworks were shot up. At one point police tried to squeeze the march and were resisted. They peppersprayed the crowd on a street called Peper-something. The march continued and was stopped by water cannons in the road several times but then went on again. There were also stops for speeches.

The organizers finally decided to end the march early as a protest of police tactics. There had been arrests and other harassment. The march began to disperse but cops blocked the street. People tried to break through then eventually sat in the street. Others left through spaces at the sides. Several more arrests were made.

Many people headed back to the Rota Flora social center. Eventually hundreds outside built barricades. Hundreds of cops came and this led to several hours of minor barricades and some thrown objects and cops blocking streets. The police blasted with their water cannon tanks. By 8:00 the situation was calm again it seems. 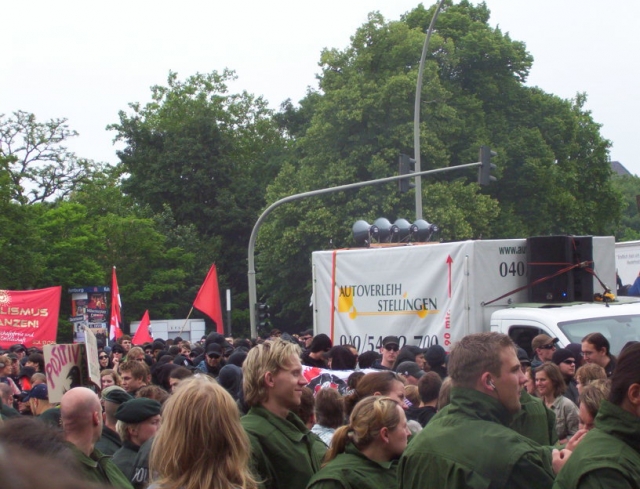 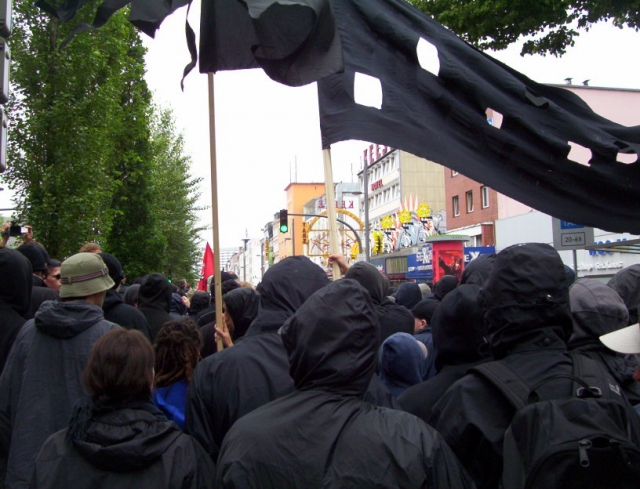 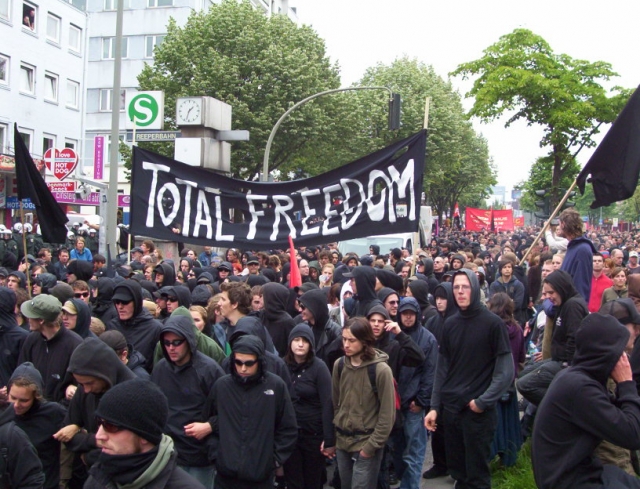 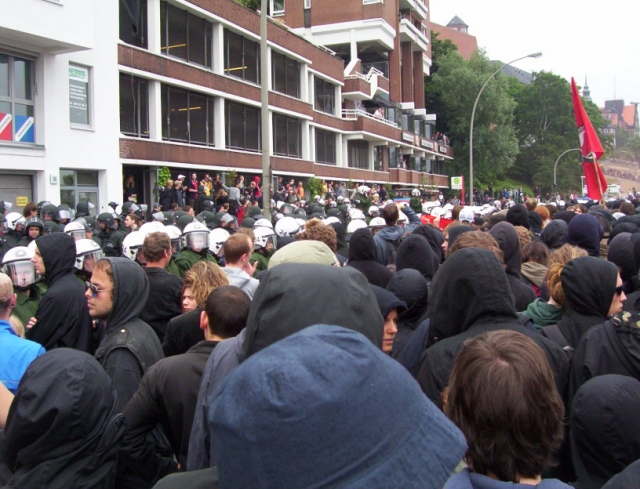 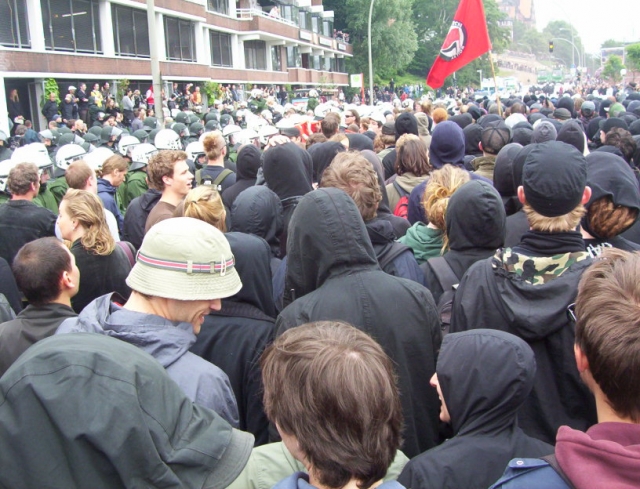 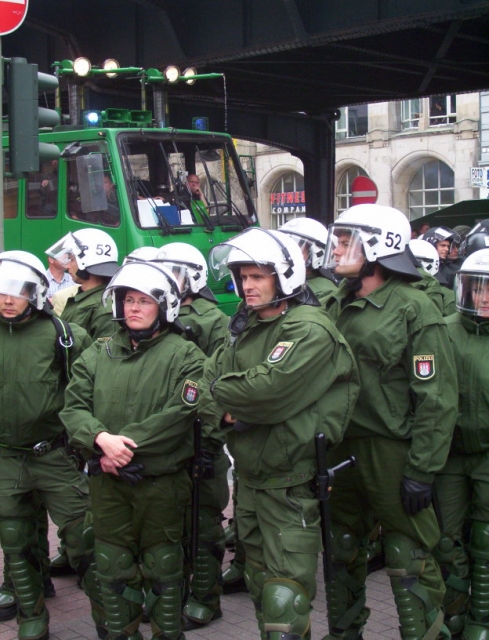 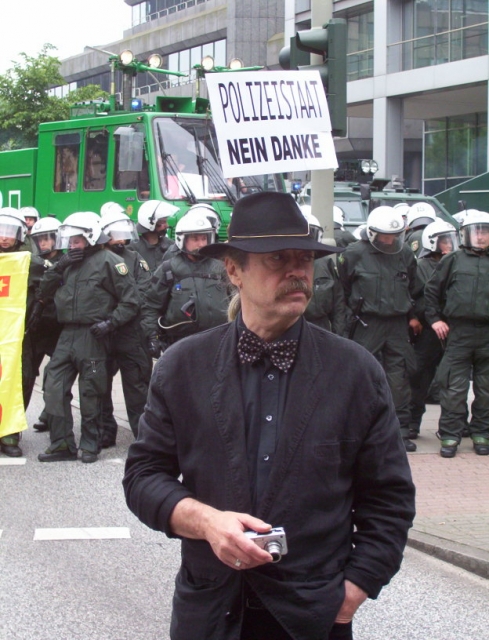 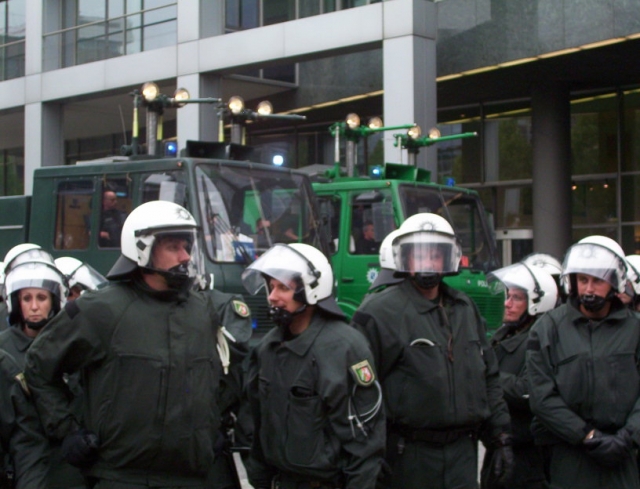 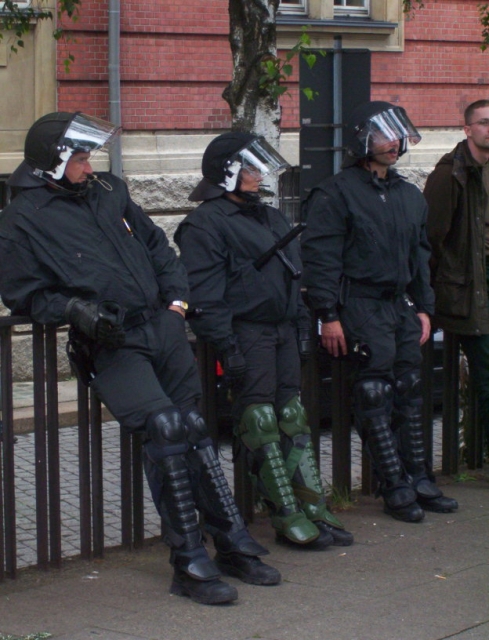 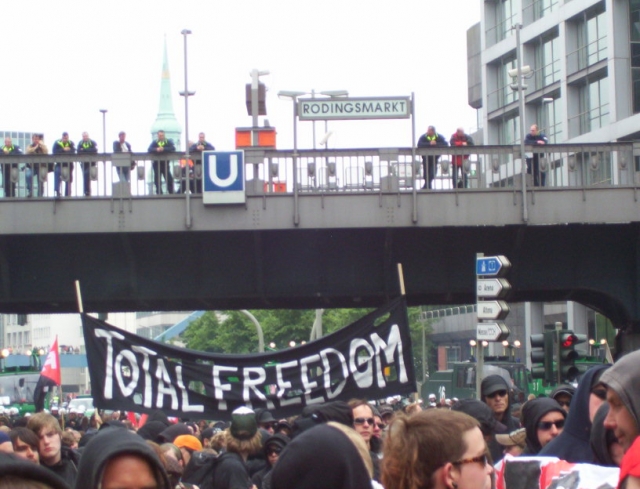 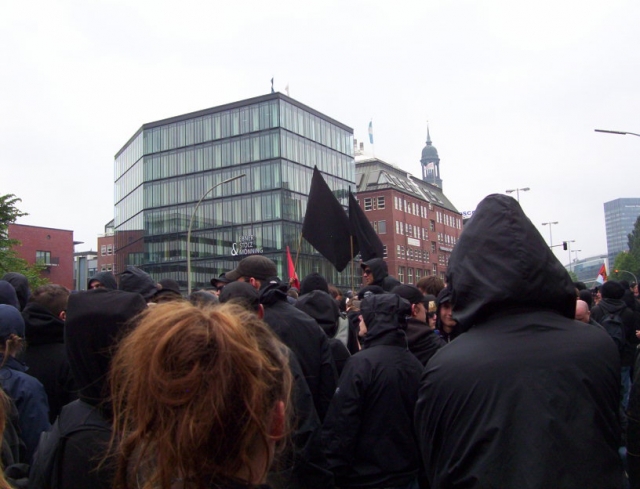 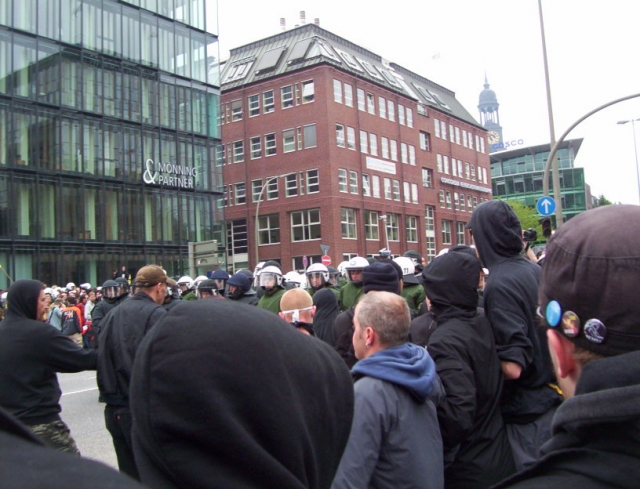 original image (816x624)
Add Your Comments
LATEST COMMENTS ABOUT THIS ARTICLE
Listed below are the latest comments about this post.
These comments are submitted anonymously by website visitors.