Add an Event
Newswire
Calendar
Features
Home
Donate
From the Open-Publishing Calendar
From the Open-Publishing Newswire
Indybay Feature
Publish to Newswire
Add an Event
Related Categories: Santa Cruz Indymedia | Education & Student Activism | Police State & Prisons | Racial Justice
Hundreds Rally at UCSC in Solidarity with Alette Kendrick
by ~Bradley (bradley [at] riseup.net)
Friday May 25th, 2007 11:41 PM
The UC Activist Defense Committee, along with a large network of supporters, rallied at Kerr Hall on May 24th to defend Alette Kendrick, protect free speech and fight the institutionalized racism that is the University of California. The speak out featured the impassioned voices of History Professor Dana Frank, History of Consciousness graduate student Greg Caldwell and Angela Davis, the most famous professor at UC Santa Cruz.

A highlight of the rally was getting "King George" Blumenthal, the "Acting Chancellor at UCSC" to descend from his castle and state over the bullhorn that, "fair or unfair," UCSC has a judicial system. Students called Blumenthal out about one hypocrisy after the next, such as his statements that he can not comment on Alette's case. On October 20th, 2006, he and David S. Kliger, the Campus Provost and Executive Vice Chancellor, sent an email to the entire campus community which condemned students using unsubstantiated claims and supported the actions of the police on October 18th, 2006. 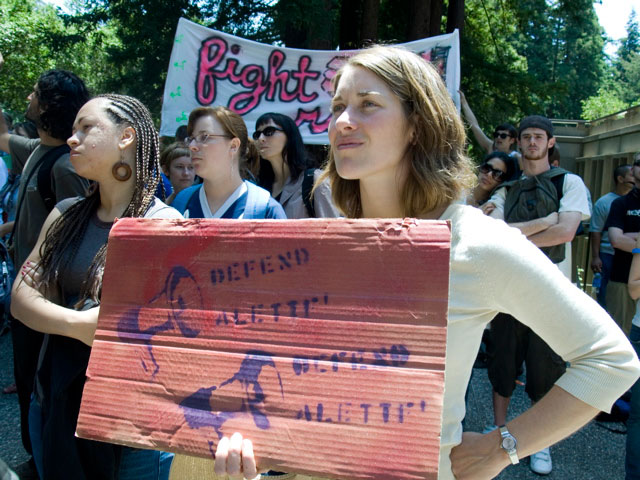 On campus: Off campus: Initial support after the arrests on October 18, 2006: http://www.ucactivistdefense.org/supporters
§Activist Defense
by ~Bradley Friday May 25th, 2007 11:41 PM 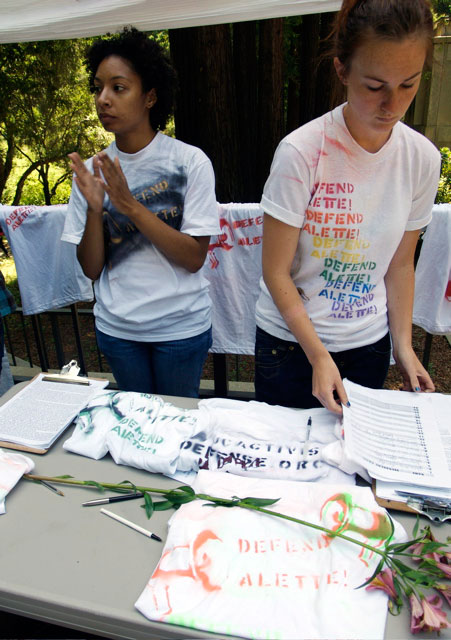 The UC Activist Defense Committee and other students are stenciling t-shirts and circulating petitions and letters of support for Alette.
§Kerr Plaza
by ~Bradley Friday May 25th, 2007 11:41 PM

Kerr Plaza was filled with demonstrators. People lined the pathway to Kerr Hall while listening to the rally.
§Angela Davis
by ~Bradley Friday May 25th, 2007 11:41 PM 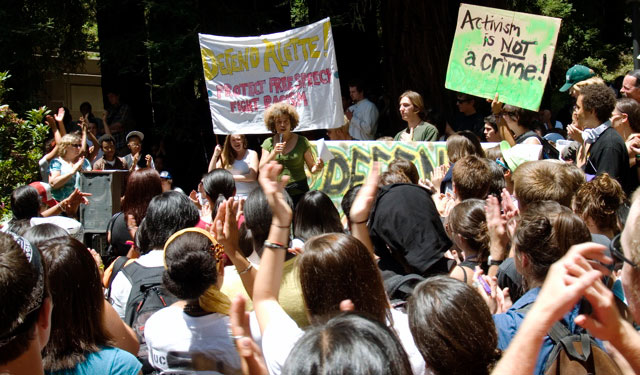 Professor Angela Y. Davis is known internationally for her ongoing work to combat all forms of oppression in the U.S. and abroad. Over the years, she has been active as a student, teacher, writer, scholar, and organizer; she is a living witness to the historical struggles of the contemporary era. (www.speakoutnow.org)
§Greg Caldwell
by ~Bradley Friday May 25th, 2007 11:41 PM 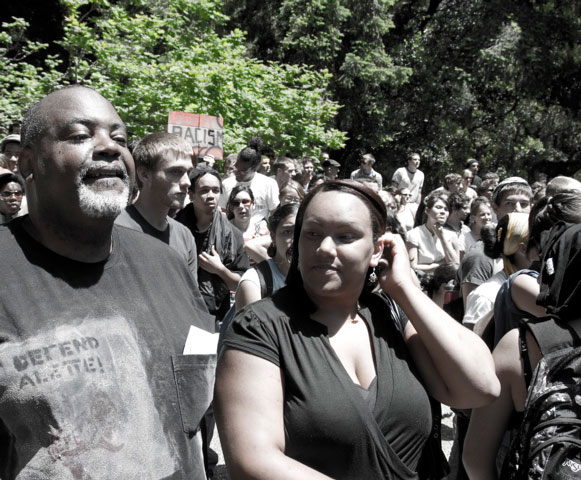 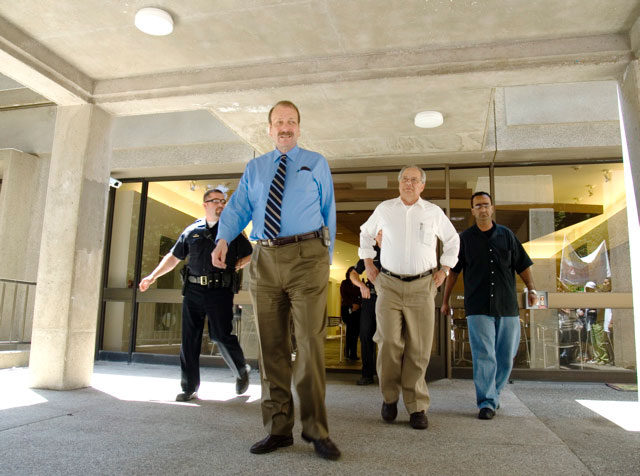 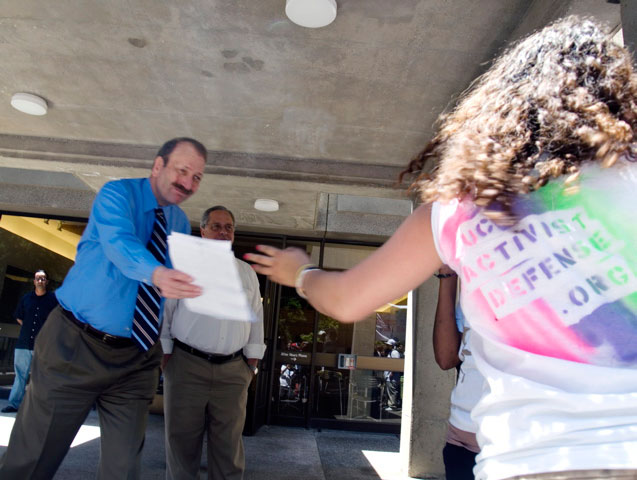 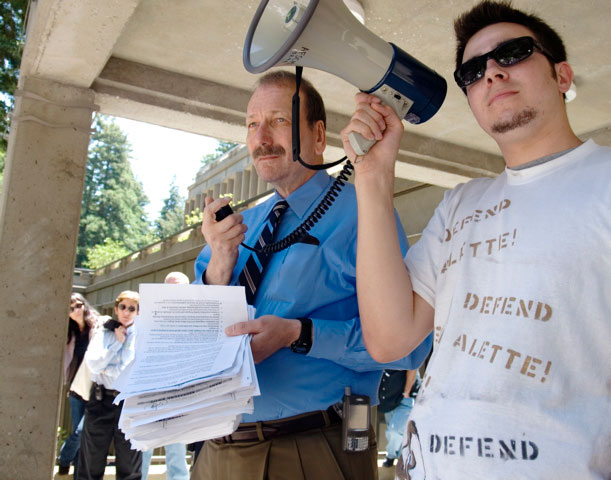 A highlight of the rally was getting "King George" Blumenthal, the "Acting Chancellor at UCSC" to descend from his castle and state over the bullhorn that, "fair or unfair," UCSC has a judicial system.
§Kerr Castle
by ~Bradley Friday May 25th, 2007 11:41 PM 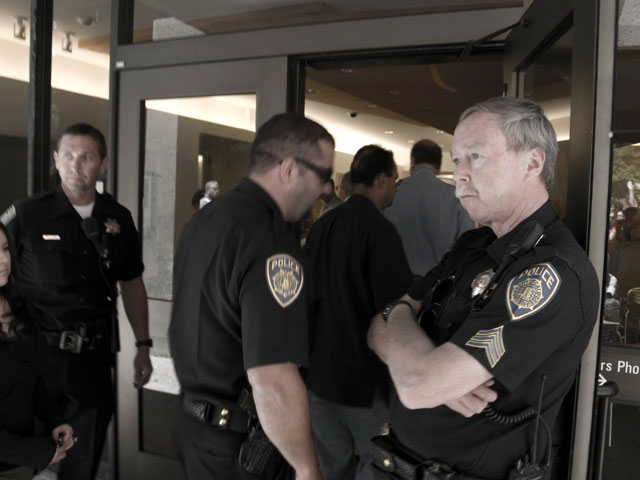 Blumenthal turned his back on Alette and her supporters and was escorted back into the locked, guarded and monitored building.
§Sam
by ~Bradley Friday May 25th, 2007 11:41 PM 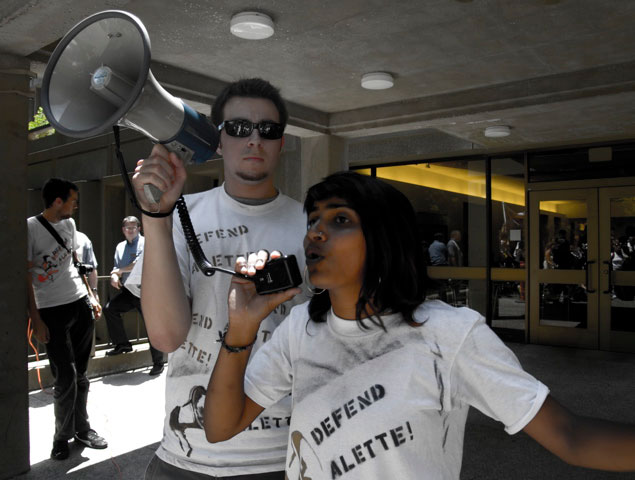 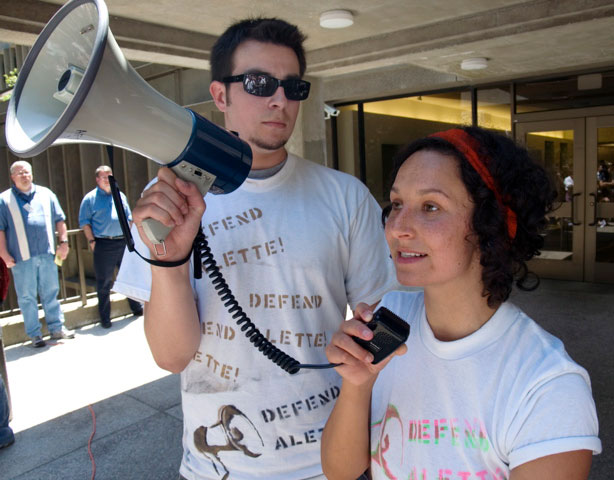 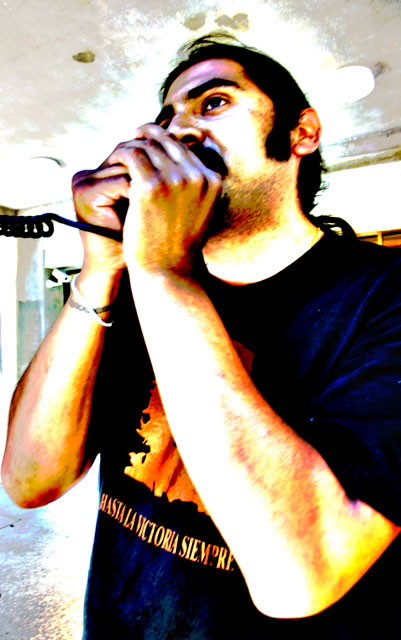 Julian Posadas, well-respected in the Santa Cruz community as a UCSC food service worker and the vice president of AFSCME 3299, is now living and organizing with workers at UC Santa Barbara.
§Katie
by ~Bradley Friday May 25th, 2007 11:41 PM 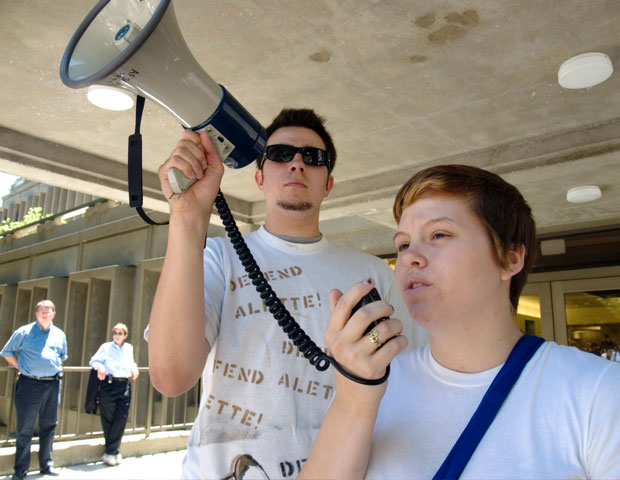 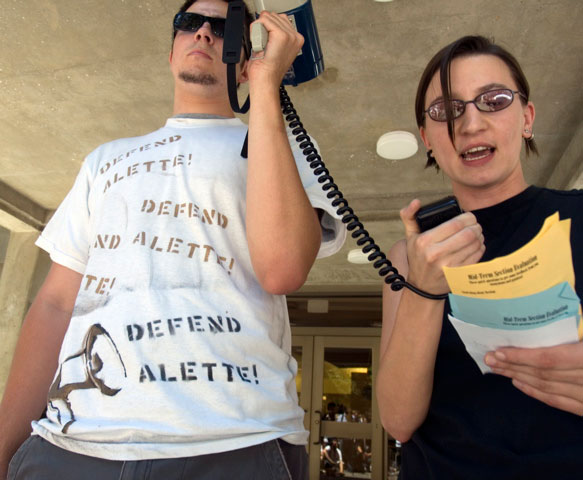 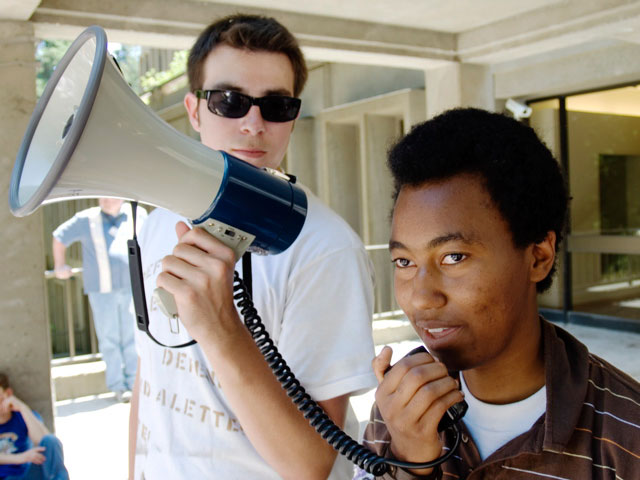 Alette Kendrick, Student and Worker Coalition for Justice
Add Your Comments
LATEST COMMENTS ABOUT THIS ARTICLE
Listed below are the latest comments about this post.
These comments are submitted anonymously by website visitors.