Add an Event
Newswire
Calendar
Features
Home
Donate
From the Open-Publishing Calendar
From the Open-Publishing Newswire
Indybay Feature
Publish to Newswire
Add an Event
Related Categories: East Bay | Anti-War
Evening community picket again shuts down Oakland port
by Jeff Paterson, Courage to Resist (jeff [at] paterson.net)
Sunday May 20th, 2007 1:29 PM
For the second time today, Longshoremen honored an anti-war community picket line at the SSA Terminal in the Port of Oakland. Three ships sat at the SSA docks, and cargo did not move. 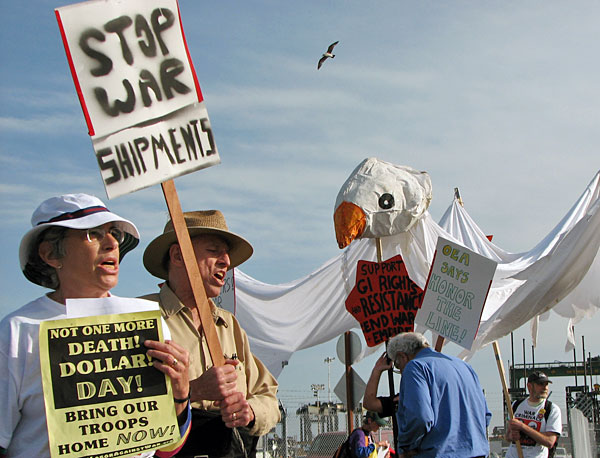 Oakland, California (May 19, 2007) – For the second time today, Longshoremen honored an anti-war community picket line at the SSA Terminal in the Port of Oakland. Three ships sat at the SSA docks, and cargo did not move.

Organizers accuse American President Lines (APL) and Stevedoring Services of America (SSA), which are both served by Eagle Marine Services, with war profiteering. Eagle Marine Services has a contract to run the Concord Naval Weapons Station which brings in $975 Million annually. Organizers also claim that the Port does $33 Billion in business a year, yet contributes nothing to local schools and social services.

Picket line organizer Jonathan Nack explained, “It's very important to understand that the union members knew they were risking losing their pay. Yet member after member told me that there is no way they that they would cross the picket line. These workers took a stand to end the war, and demand the Port give more money to fund local schools and social services. One worker told me, "twe have to stop this war. My family has children in the Oakland schools. If they think I'll cross this picket line they're crazy.””

The picket was called by the Port Action Committee, an ad hoc grouping of anti-war, labor, and community organizations. Port Action organized a rally on April 7th in front of the Port office building which commemorated the four year anniversary of the day Oakland police attacked non-violent anti-war protesters at the Port.
(Oakland Tribune article http://www.indybay.org/newsitems/2007/04/09/18393018.php )

* Stop the shipping of war material to Iraq!
* Bring the troops home now, and give them the health care they need!
* Port money for schools and social services!
§Longshoremen discuss the picket line
by Jeff Paterson, Courage to Resist Sunday May 20th, 2007 1:29 PM 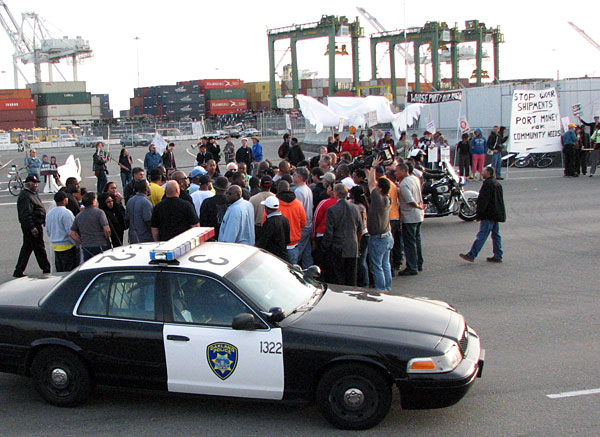 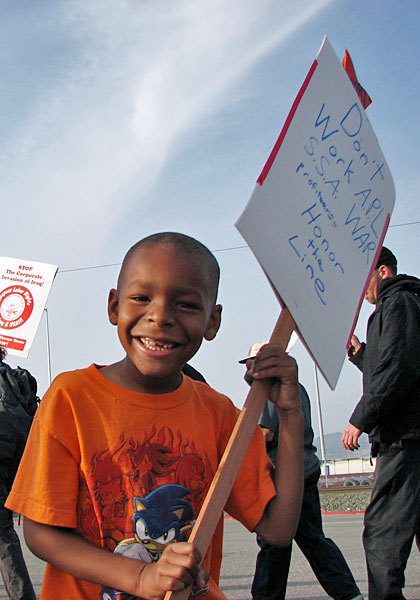 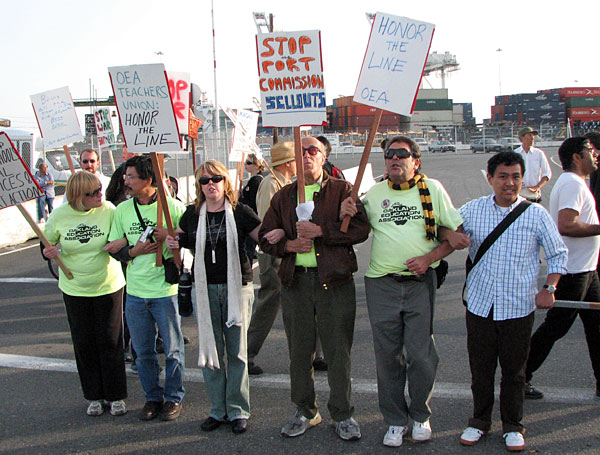 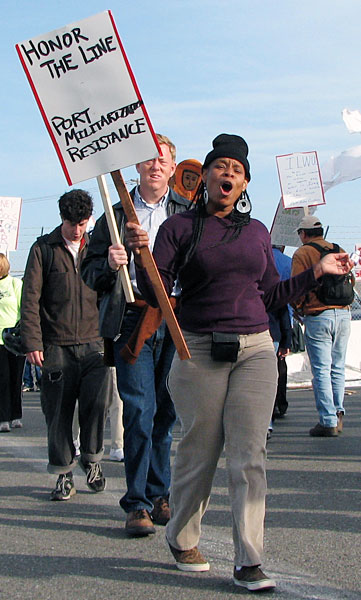 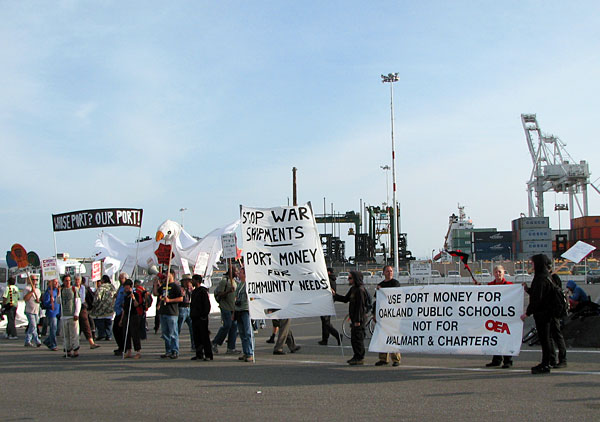 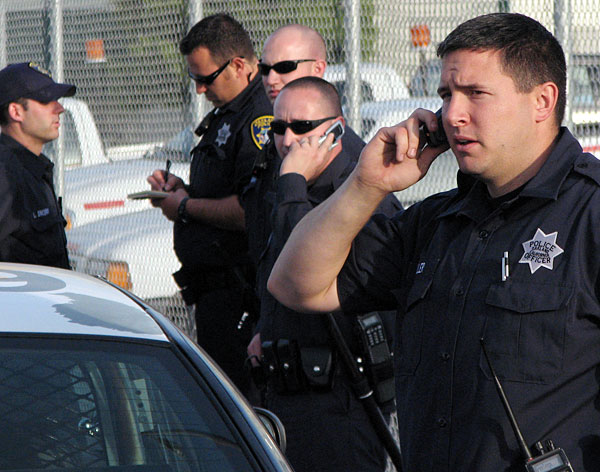 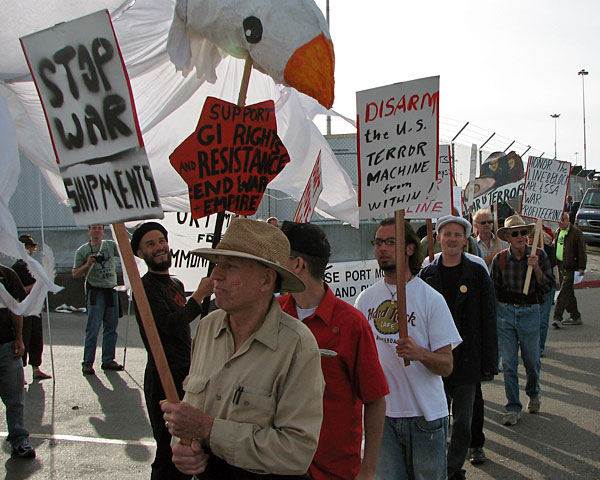 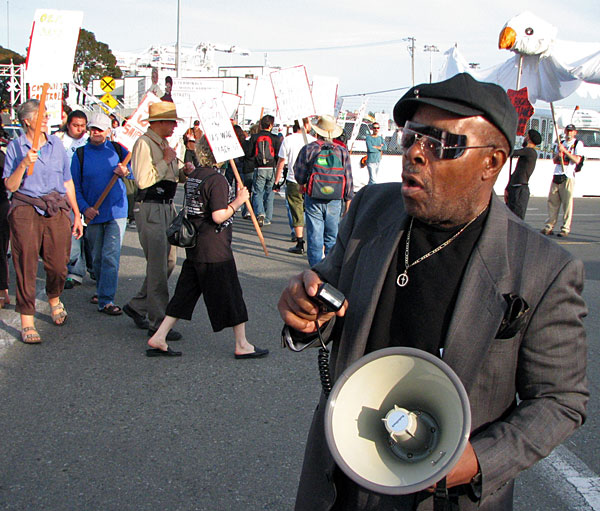 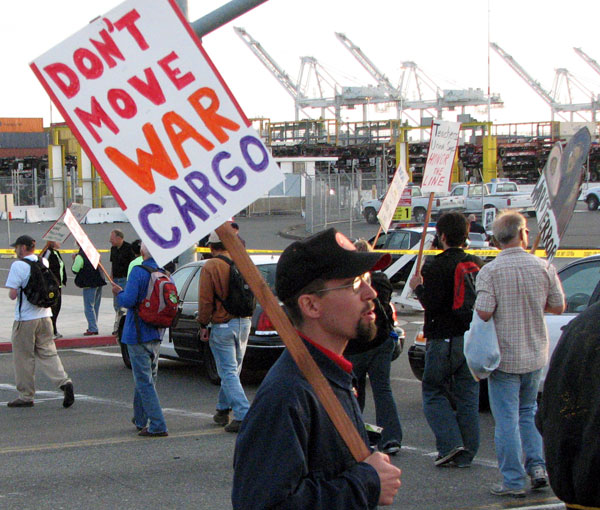 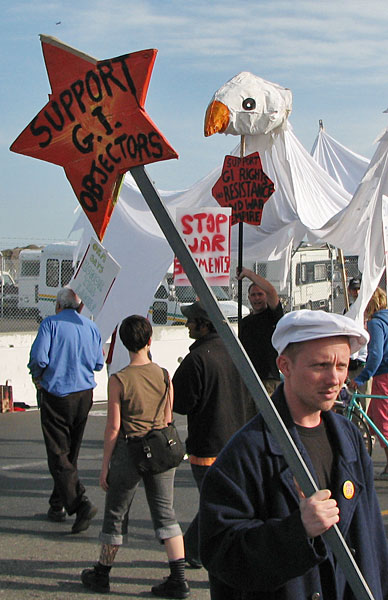 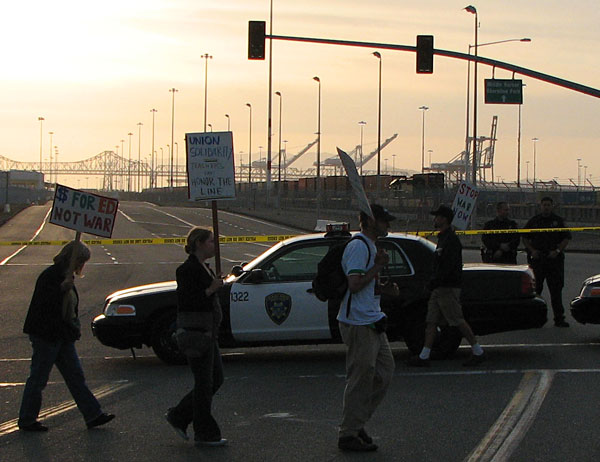