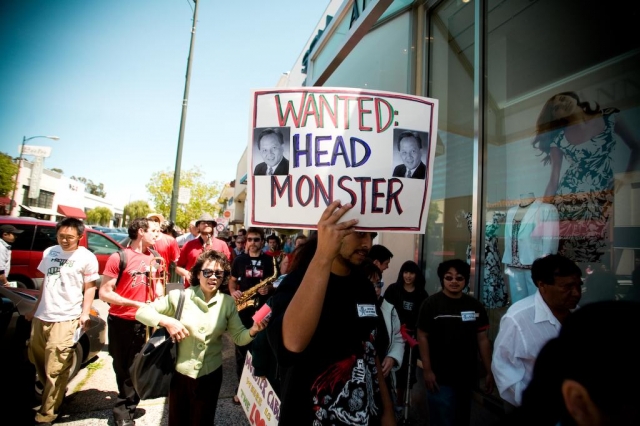 Video by Kennedy Helm courtesy of the Chinese Progressive Association of America.

Photos in video and in this photojournal by David Huang.

In October 2006, Monster Cable (estimated annual sales in excess of one billion dollars) laid-off more than 80 workers, outsourcing their jobs overseas. Most of the laid-off are over 50 years old, and some have worked for the company for nearly 20 years. They were granted a fraction of the severance pay in previous company lay-offs.

The total amount of money the workers are asking for a fair severance is $500,000. Meanwhile, Monster Cable owns and maintains a company luxury car fleet with estimated value of 5.5 million dollars. Monster Cable bought the license to rename Candlestick Park, which is now known as Monster Park.

http://monstercableworkers.blogspot.com
§Comin' Round the Bend in Burlingame
by Granny Ruth R. Thursday May 17th, 2007 8:22 PM 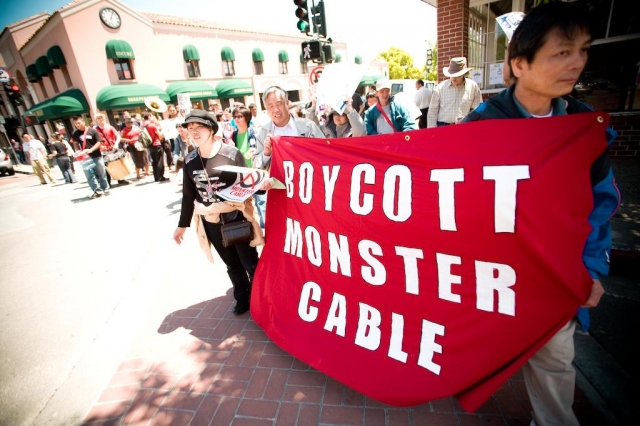 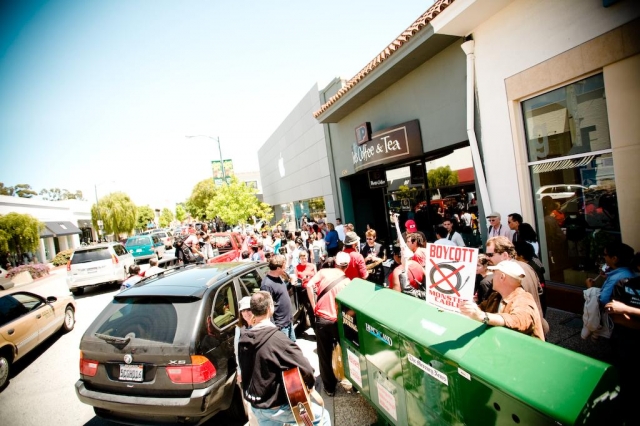 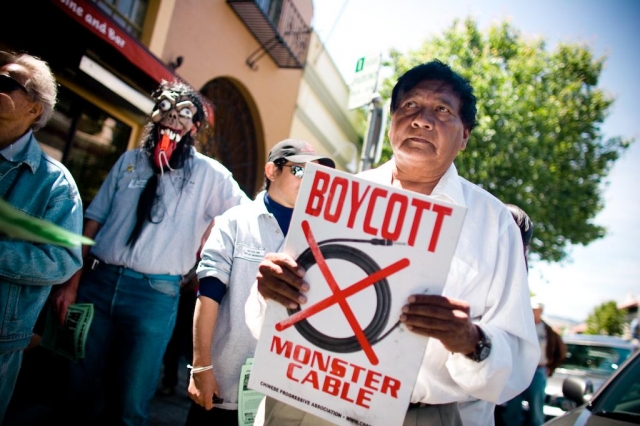 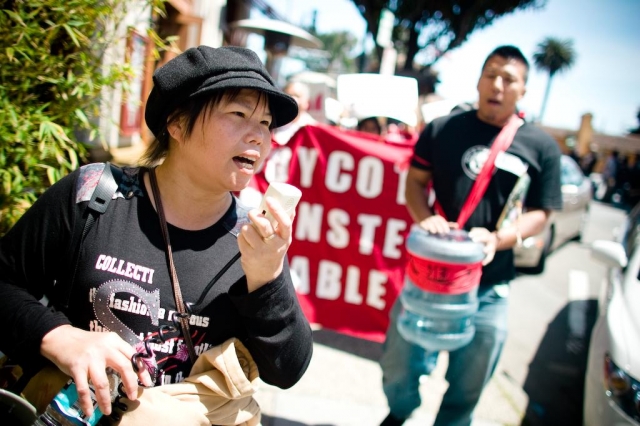 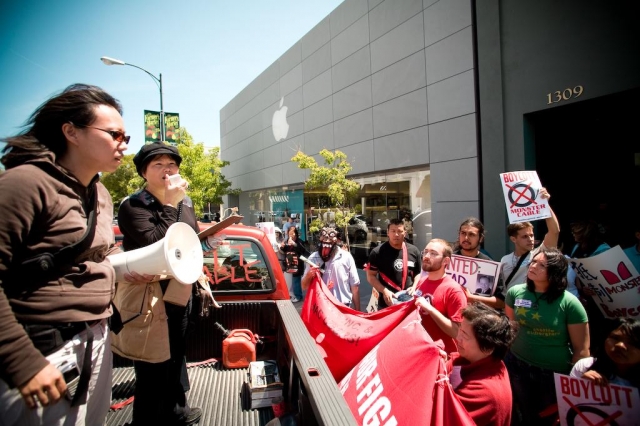 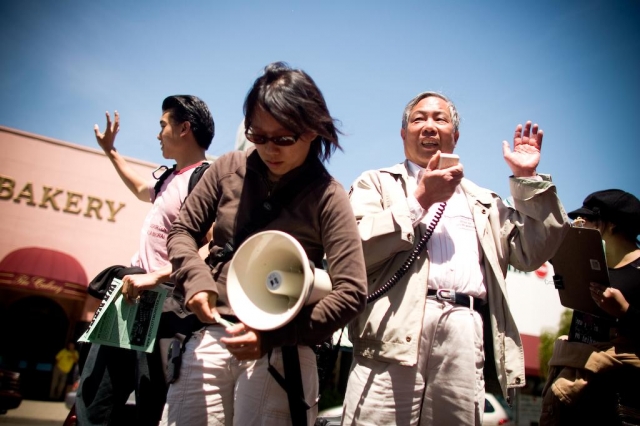 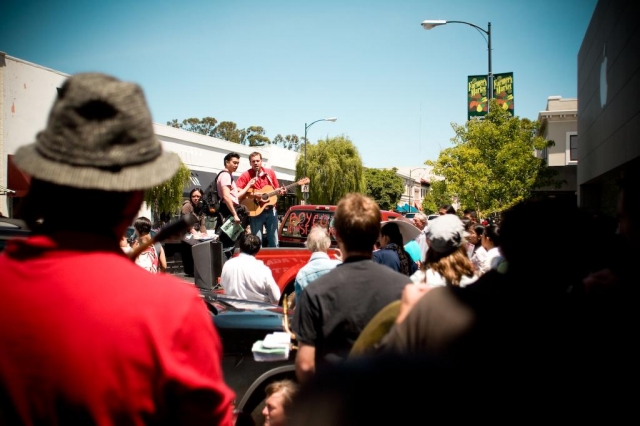 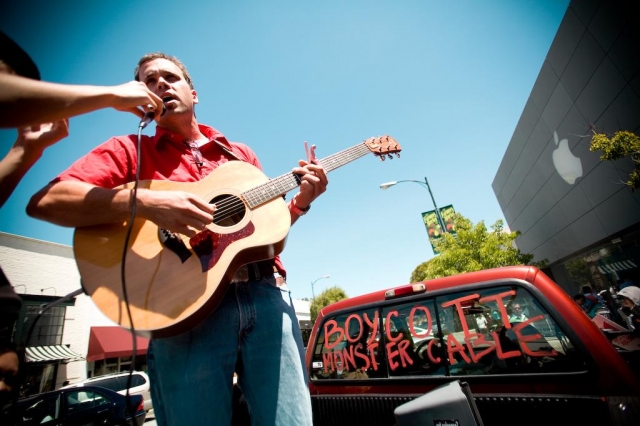 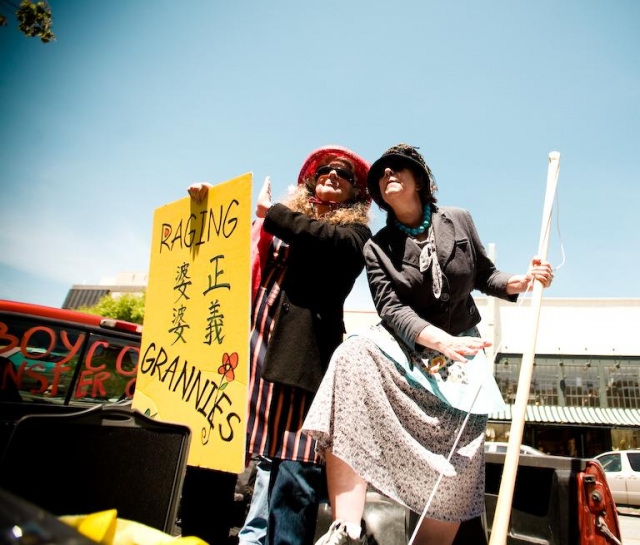 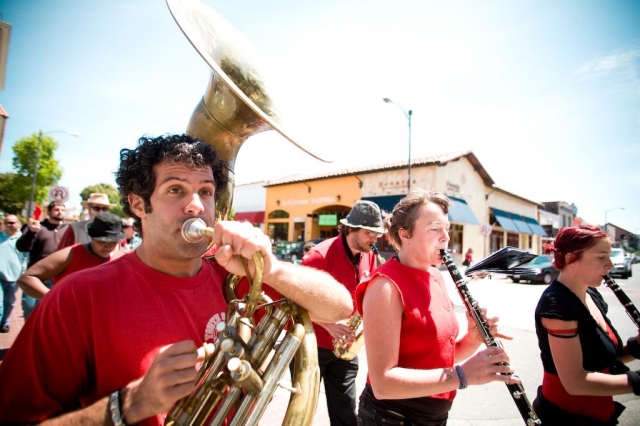 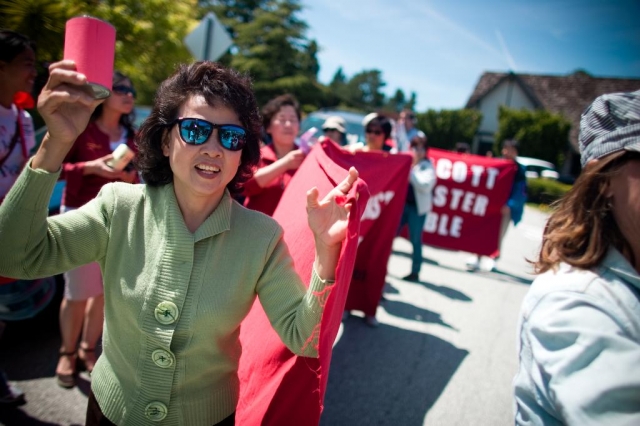 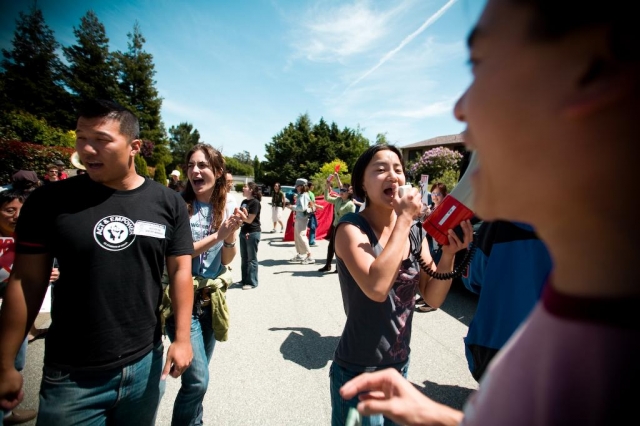 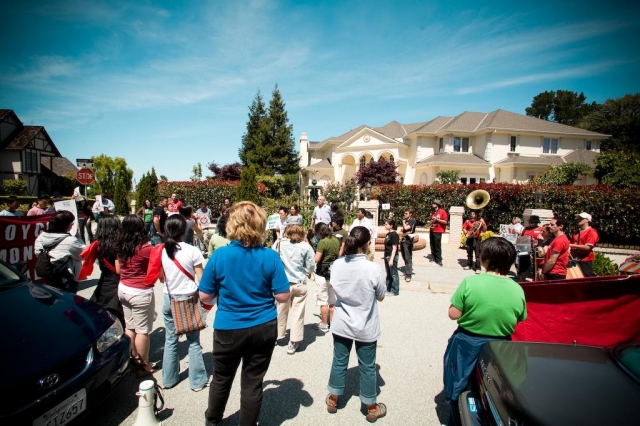 original image (1024x683)
Takin' it to the tony streets of Hillsborough. Get real, Noel Lee, distribute the wealth!
Add Your Comments
LATEST COMMENTS ABOUT THIS ARTICLE
Listed below are the latest comments about this post.
These comments are submitted anonymously by website visitors.