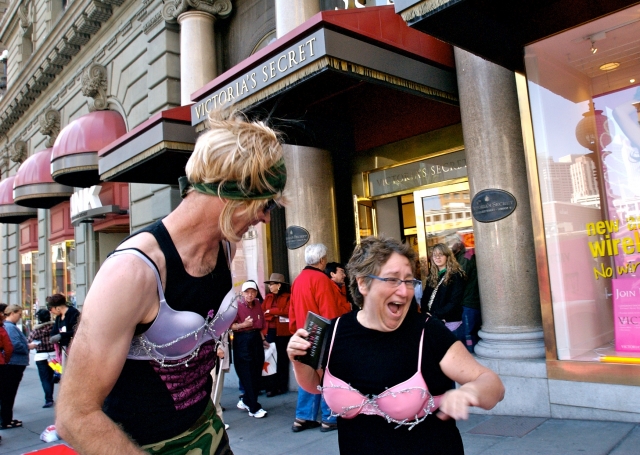 Tammy worked her Push ’Em Out Bra, made popular by the late Golda Meir ("there is no such thing as Palestinians), while Danielle showed off the wonders of Prime Minister Ehud Olmert's own Total Control Boundary Reshaper (checkpoints and apartheid walls give you the contours you want).

Three types of Razor Wire bras help separate the welcome from the unwelcome and let you decide who gains access to your cleavage. Sarit modeled the bulletproof Secret Armor set, keeping soldier girls safe and sexy from Falluja to Nablus.

A crowd favorite was Secret Support, with it's red, white and blue pullout option, offering you the security that the world's only superpower can provide.

"Nothing's more American than Mom, apple pie, and support for Israel," intoned popular announcer DeeGee, to roars from captivated bystanders. "Who says apartheid can't be sexy?"
It's a little known fact that Mother's Day is one of the busiest times of year for lingerie retailers. Another little known fact is that many of Victoria’s Secret’s bras, cotton panties and sleepware are made by an Israeli company called Delta Galil. Most of the cotton they use is grown in Israel or Israeli-occupied Palestinian territory. The “Shop Israel” website administered by the Israeli embassy in the U.S. urges people who support Israel to buy Victoria’s Secret products. The Victoria's Secret Weapon brochure includes a card shoppers can deliver to Victoria’s Secret staff, asking the company to stop contributing to the Israeli economy until Israel fulfills its obligations under international law. 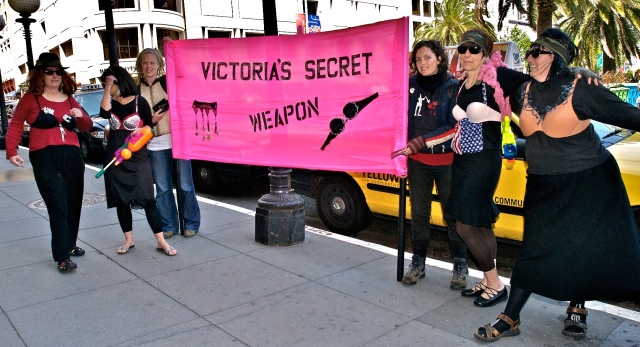 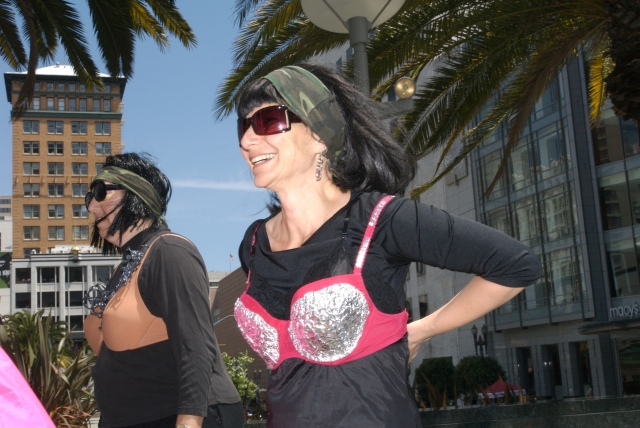 original image (1942x1300)
Lulu shows off the secrets of Secret Armor.
Add Your Comments
LATEST COMMENTS ABOUT THIS ARTICLE
Listed below are the latest comments about this post.
These comments are submitted anonymously by website visitors.