Add an Event
Newswire
Calendar
Features
Home
Donate
From the Open-Publishing Calendar
From the Open-Publishing Newswire
Indybay Feature
Publish to Newswire
Add an Event
Related Categories: San Francisco | Immigrant Rights
May 1 - Amnistia! Full rights for all Immigrants
by Luxomedia (luxomedia [at] yahoo.com)
Tuesday May 1st, 2007 5:28 PM
Photos of the Rally and March 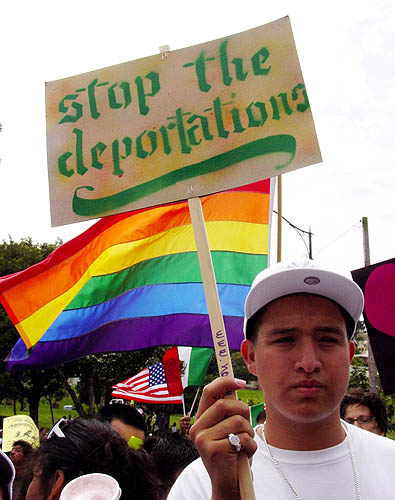 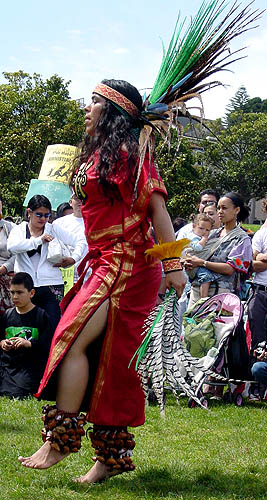 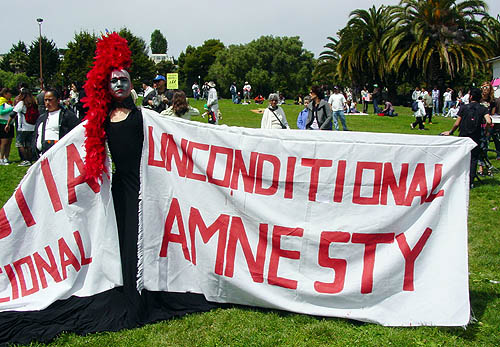 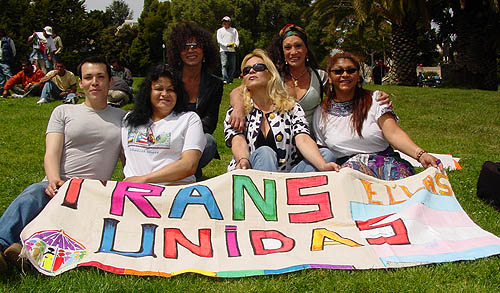 ELLAS en Acción is an organization dedicated to the political, educational and cultural advancement of Latina Lesbians and Bisexual women.
§amnistia art installation
by Luxomedia Tuesday May 1st, 2007 5:28 PM 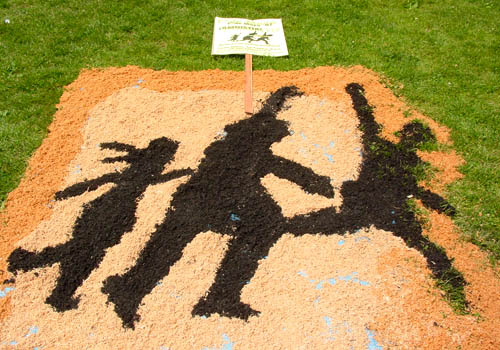 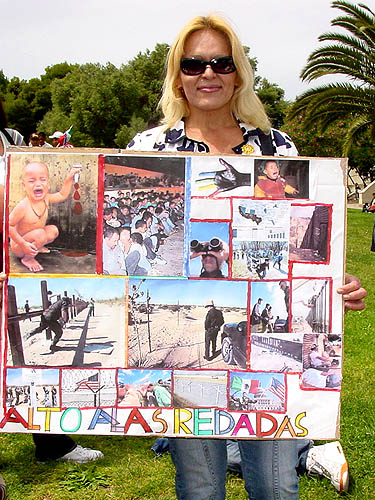 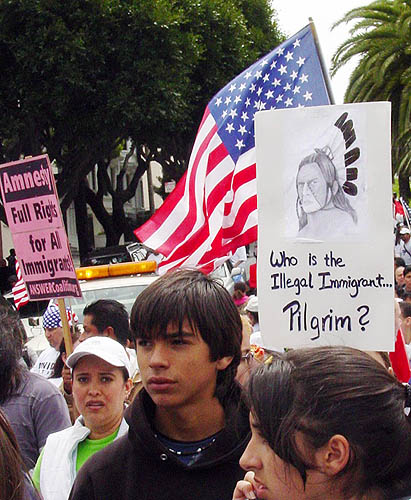 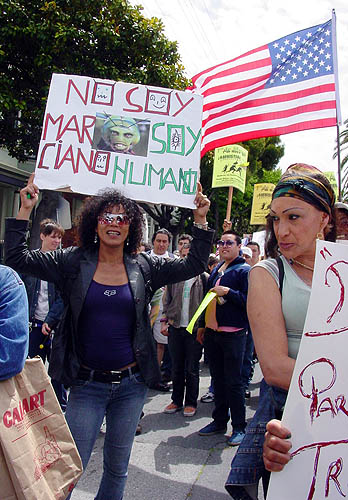 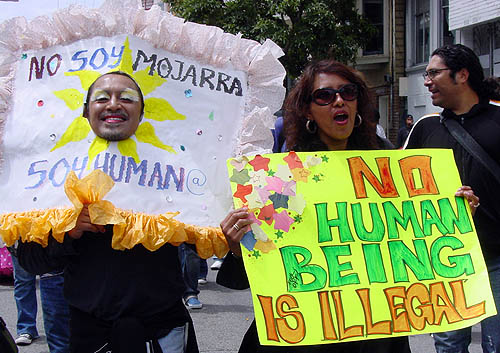 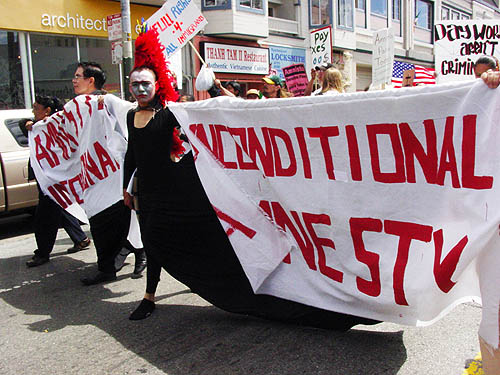 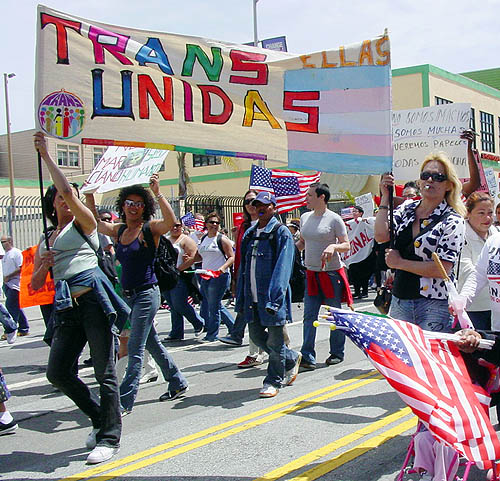 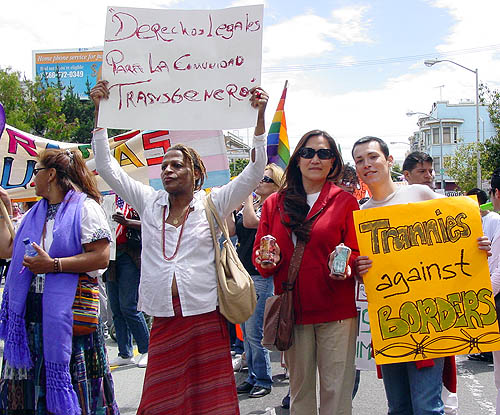 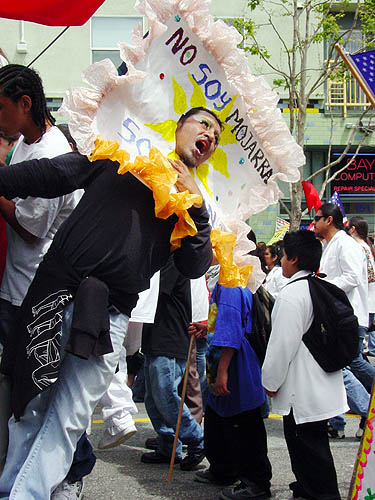 §Audio - Tom Ammiano & Chris Daly - San Francisco Board of Supervisors
by Luxomedia
Tuesday May 1st, 2007 10:53 PM
Listen now:
Copy the code below to embed this audio into a web page:
Download Audio (7.3MB) | Embed Audio
Opens with Tom Ammiano : "Bienvenidos a Mexico! America needs to have an open mind, an open heart and open borders. The San Francisco Board of Supervisors has declared San Francisco a sanctuary - a sanctuary for all those who are fleeing oppressive cultures and also looking for work and want to be treated with dignity..."

Ends with Chris Daly: "Non-cooperation with federal raids with these ICE raids is a start, but active resistance is what it will take and we will be there with you in local government, but you will drive the struggle and we will support you."

Add a Comment
§Hypocrisy of Democrats Ammiano & Daly
by ^
Wednesday May 2nd, 2007 7:48 PM
Demoratic Supervisors Tom Ammiano and Chris Daly are proud promoters of their reactionary capitalist party, the twin of the Republican Party, namely the Democratic Party's entire ticket, from president, to US senators Feinstein & Boxer, to reactionary Reps Pelosi and Lantos and all the rest of them, to all the local Democrats. Tom Ammiano may sing the praises of unconditional amnesty, which as a supervisor he never has to vote on, but his party's federal representatives are not only not for unconditional amnesty, they are busy promoting a reactionary bill that will tell undocumented workers to go back to their home country, reapply, and when they are admitted for a 6-year temporary worker status, better known as slave labor, they have to pay a $10,000 fine. This is of course the same Tom Ammiano who sang praises for Israel upon his return from that racist, theocratic, US military base that exists to protect US oil profits in the Middle East. It is also the same Tom Ammiano who has promoted both the baseball and football stadium swindles and the illegal cross on Mt. Davidson. Then there is the infamous Supervisor Chris Daly, who in April 2007, he and Democratic Board of Supervisors President Aaron Peskin, wrote a vicious opinion piece in the April 18, 2007 Bay Guardian attacking Muni workers' wages and working conditions at the very same time the Muni Metro was suffering major breakdowns because the Board of Supervisors did not bother to make sure more drivers and mechanics were hired for the new T Third line. See http://www.sfbg.com/entry.php?entry_id=3404&catid=4&volume_id=254&issue_id=291&volume_num=41&issue_num=29
This was preceded by Aaron Peskin's anti-labor article in the 4/15/07 Sunday Chronicle at
http://www.sfgate.com/cgi-bin/article.cgi?f=/c/a/2007/04/15/BAGBAP8VRE1.DTL&hw=Peskin&sn=003≻=638
This is the rotten anti-labor Democratic Party, which like its Republican twin, has no business speaking at a labor rally, which a May Day rally and an immigrants' rights rally each is by definition. Empty rhetoric is a transparent fig leaf for the reality that the Democratic Party, along with its Republican twin, should be cast into the dustbin of history.
Add a Comment
§My parents are not illegal
by Tom
Friday May 4th, 2007 12:55 AM 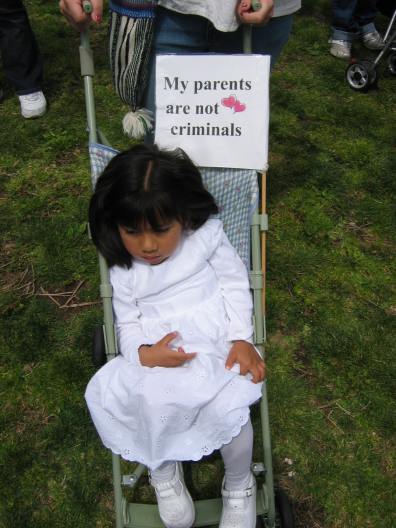 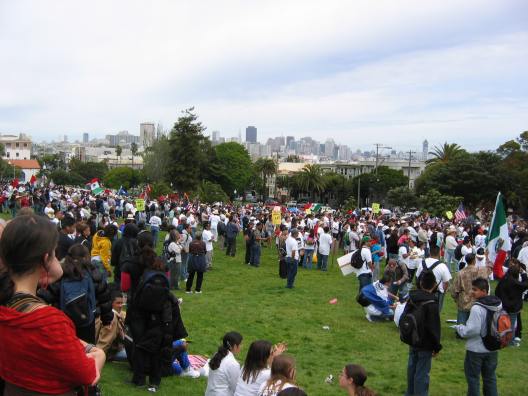