Add an Event
Newswire
Calendar
Features
Home
Donate
From the Open-Publishing Calendar
From the Open-Publishing Newswire
Indybay Feature
Related Categories: North Coast | Anti-War | Education & Student Activism
Arcata Students Join Nationwide Strike (retrospective)
by Brian Covert / Independent Journalist
Tuesday Mar 20th, 2007 4:41 PM
Commemorating the fourth anniversary of the United States' invasion and subsequent occupation of the nation of Iraq, a look back at the many voices on the road to war — and a reminder of the many more voices needed to stop this war and prevent other wars in the future. 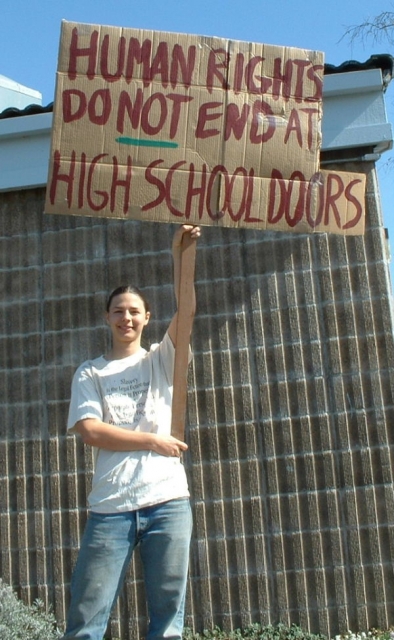 Arcata, Humboldt County, California — More than 100 high school students here leave their classes midday on Wednesday, 5 March 2003 to march in solidarity with the "Books Not Bombs" campus strikes across the United States, as Bush administration threats against the nation of Iraq rise. 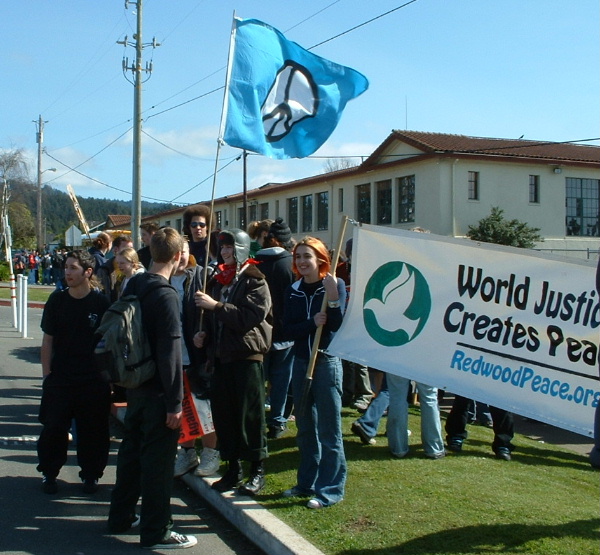 At the nationally coordinated strike time of 1:30 p.m., dozens of Arcata High School students begin exiting their classrooms, filtering through the parking lot and gathering with cheering classmates in front of the school, as some AHS administrators look on. 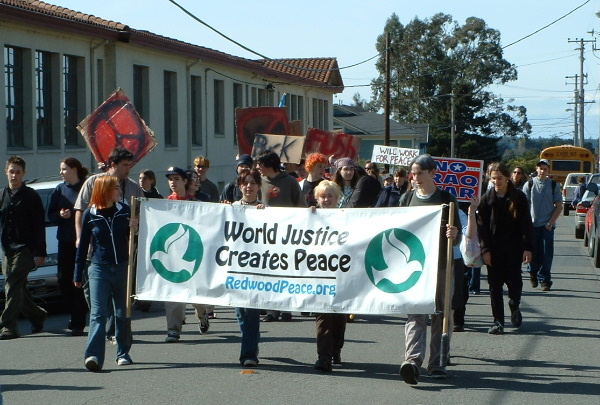 Leaving behind the school bus and school district building (at left), the student marchers — joined by some community supporters, including Arcata Mayor Bob Ornelas — head out onto 16th Street and toward downtown, cheering and waving signs. 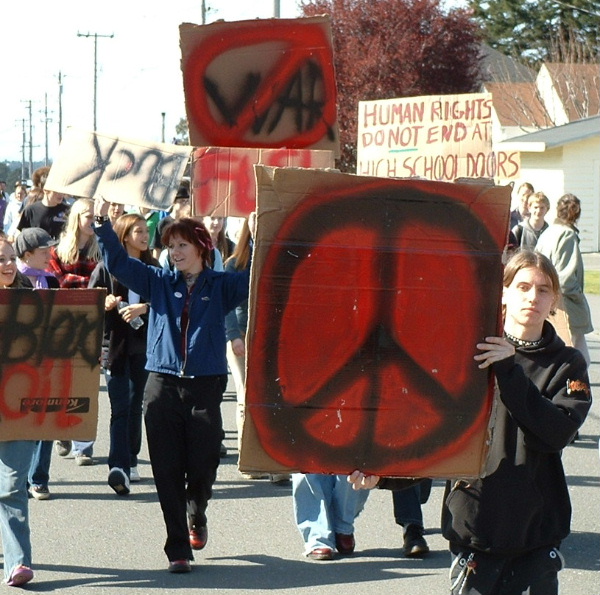 The students hoisted banners, flags and signs — some of which read: "No Iraq War," "Buck Fush" and "No Blood for Oil." 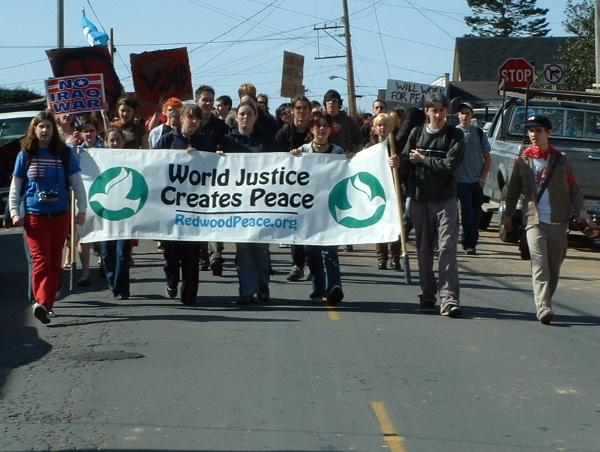 The students took over the streets, and stopped traffic on some of the city roads. 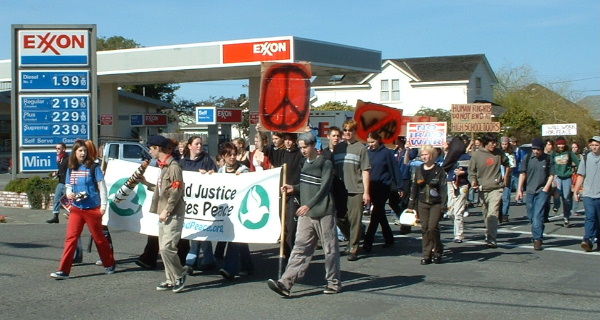 Heading the opposite way down the one-way G Street, the student protesters pass a gasoline station, where the price of gas has surged to well above $2.00 per gallon. 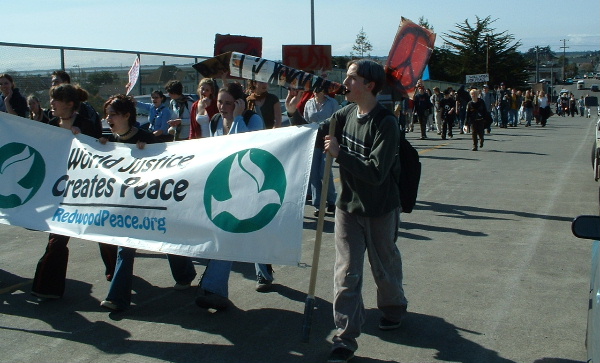 The student marchers span the length of the 11th Street overpass above U.S. Highway 101, as they head to their final destination of a rally at the Old Arcata Community Center that afternoon.
Add Your Comments
LATEST COMMENTS ABOUT THIS ARTICLE
Listed below are the latest comments about this post.
These comments are submitted anonymously by website visitors.