Add an Event
Newswire
Calendar
Features
Home
Donate
From the Open-Publishing Calendar
From the Open-Publishing Newswire
Indybay Feature
Publish to Newswire
Add an Event
Related Categories: North Coast | Anti-War
Arcata Arises for War Protest (retrospective)
by Brian Covert / Independent Journalist
Tuesday Mar 20th, 2007 4:31 AM
On the fourth anniversary of the United States' invasion and occupation of the nation of Iraq, a look back at the many voices on the road to war — and a reminder of the many more voices needed to stop this war and prevent other wars in the future. 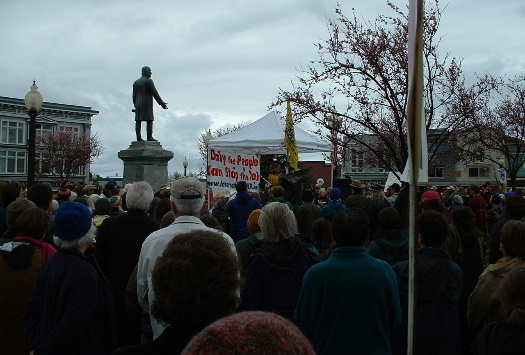 In true Humboldt County style, several hundred people (estimated 300-400) of all ages in Arcata, California joined the 15 February 2003 global protests to speak up for justice and peace, and against corporate wars. 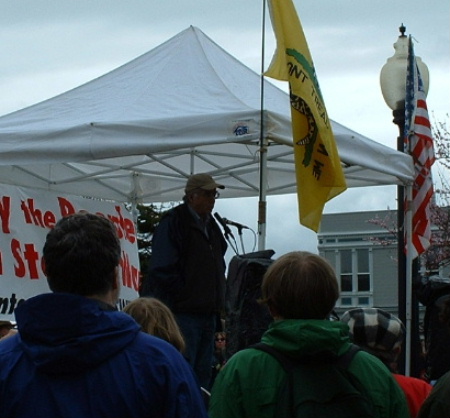 Humboldt County Board of Supervisors member John Woolley promises the crowd at the Arcata Plaza that he will soon present to the county board a resolution opposing war in Iraq. The city of Arcata itself is one of a growing number of U.S. cities that have already passed such a resolution. 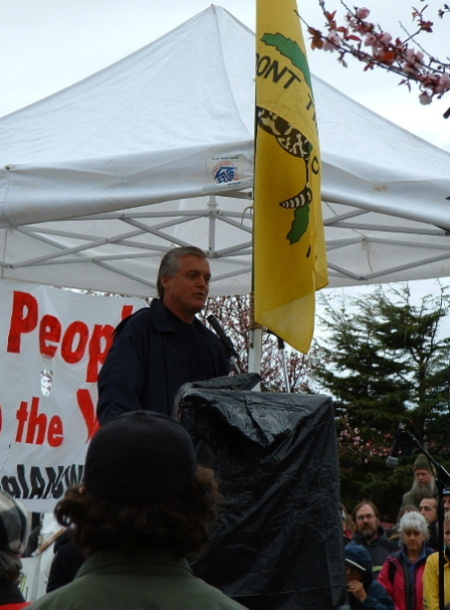 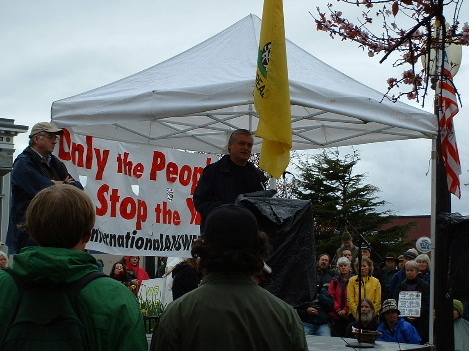 Senator Chesbro recalls his own days as a Vietnam War protester years ago, while county supervisor Woolley (left) listens on.

§Protesters on the Plaza
by Brian Covert / Independent Journalist Tuesday Mar 20th, 2007 4:31 AM 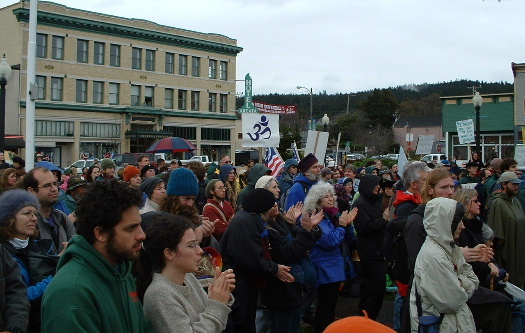 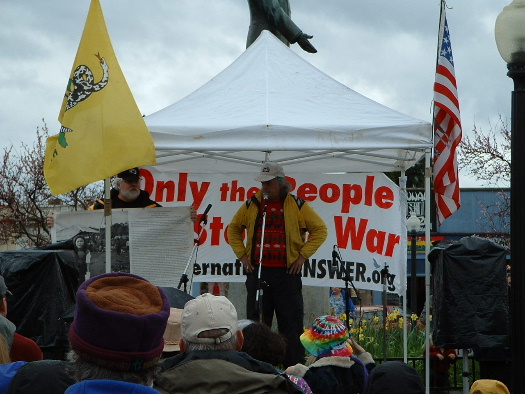 Vietnam veteran and local activist Brian Willson recalls the horror of seeing dead women and children as a soldier in 'Nam, and said nothing less than a complete social and spiritual transformation is necessary in the U.S. today. 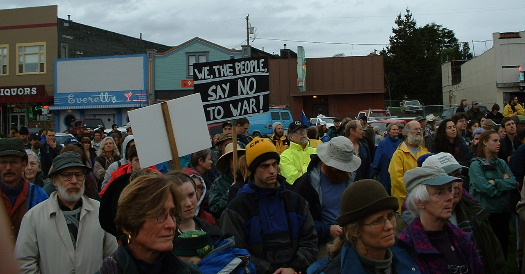 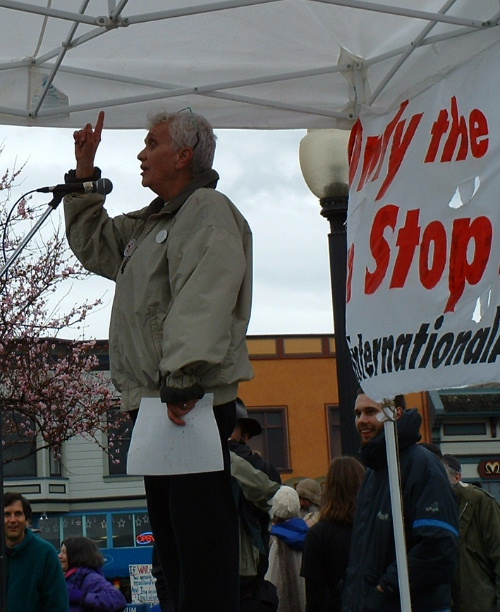