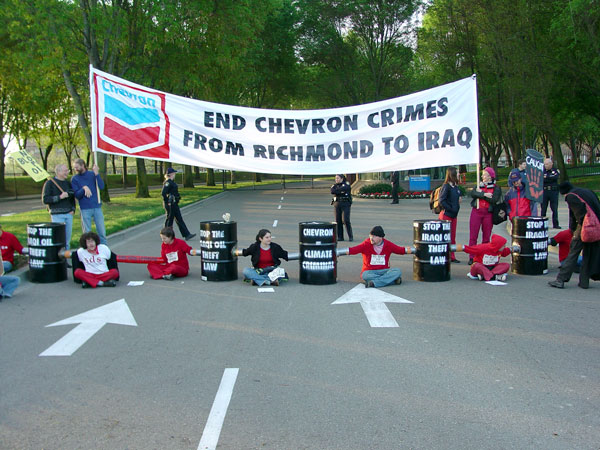 The event called attention to Chevron's role in promoting military and economic empire that hurts peoples across the globe from Richmond to Iraq, be it from poisoning local communites or by profiting from military repression such as the pending "Iraq Oil Theft Law" which would privatize Iraq's oil to the benefit of global oil conglomerates such as Chevron.

About 80 people participated, from locking themselves to "oil" barrels in order to block one entrance to Chevron's headquarters to participating in street theater such as the "tug of oil war" between Chevron's oil barrens and "The People" whereby Bush offered cash to some of the people in order to sway them to chose Chevron over their own self interests. There was a climate change grim reaper with a container of "the last ice on earth".

The Reagan Home for the Criminally Insane took part, with Bush, Condi, and Cheney dancing to songs about money and greed while they held large handfuls of hundred dollar bills.


In 1998, Kenneth Derr, then chief executive of Chevron, told a San Francisco audience, “Iraq possesses huge reserves of oil — reserves I’d love Chevron to have access to.” And it just might happen unless people stand up and fight back. 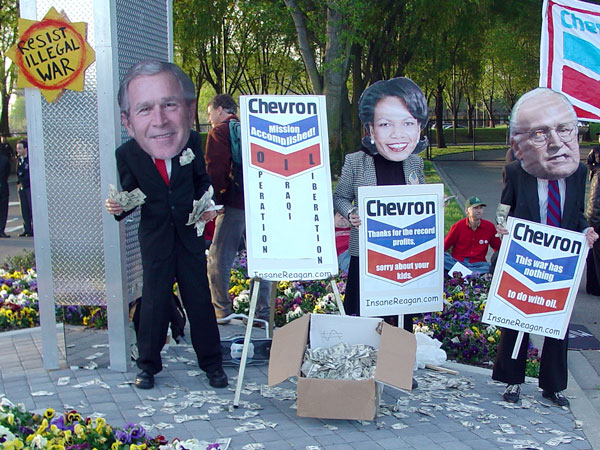 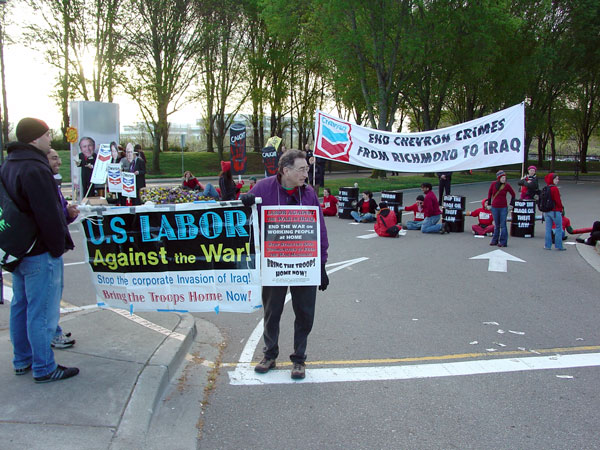 (with much thanks to the creative talent who created the event poster)
Add Your Comments
LATEST COMMENTS ABOUT THIS ARTICLE
Listed below are the latest comments about this post.
These comments are submitted anonymously by website visitors.