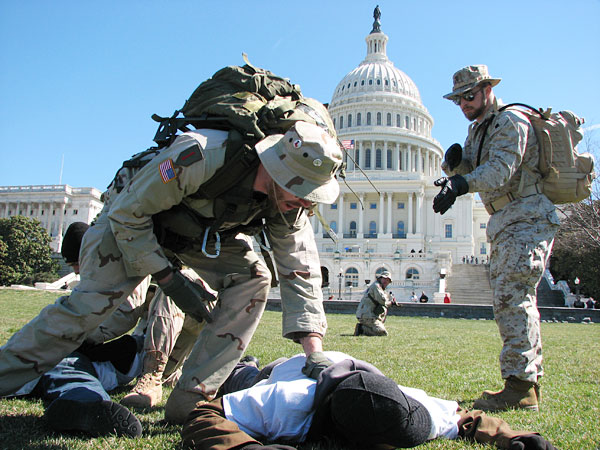 WASHINGTON DC (March 19, 2007) – A platoon of Iraq Veterans Against the War (http://www.IVAW.net) took to the streets of downtown Washington DC today reenacting their experiences in Iraq as participants in an unjust war. A dozen others people filled the roles of Iraq civilians under foreign occupation. Troops reenacted mass roundups and detentions, prisoner searches and interrogations, and patrol operations on the Capitol Building lawns, the gates of the White House, the Washington Monument, the Treasury Building, and a military recruiting station. Troops barked orders, “To shut the hell up or I’ll blow their freaking head of!” to suspected insurgents and/or Iraqi civilians. Leaflets were distributed to people walking by to explain that “this is what is happening every day in Iraq.” Although the IVAW platoon was detained briefly near the Capitol Building, and shadowed by a multi-agency SWAT team, no casualties were taken. Midway throw the day the platoon joined a press conference with Military Families Speak Out, Veterans for Peace, and the Appeal for Redress to call on congress to “Support the troops by de-funding the war.”
http://www.couragetoresist.org
§On patrol
by Jeff Paterson, Courage to Resist Monday Mar 19th, 2007 8:58 PM 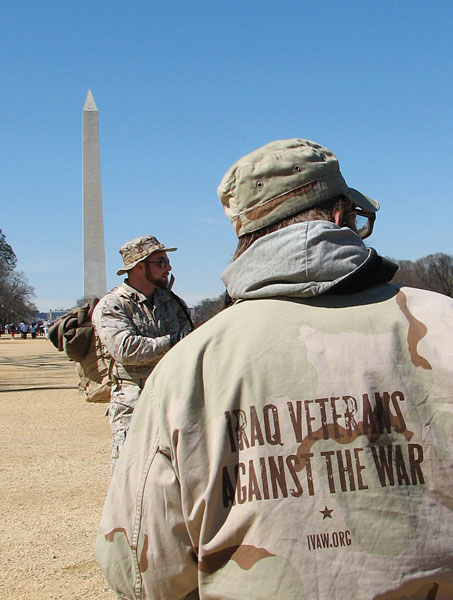 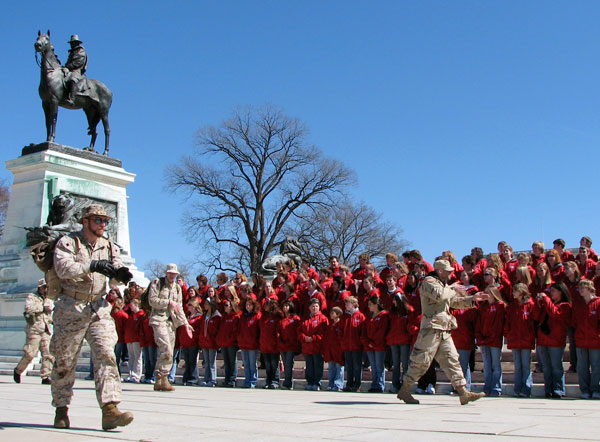 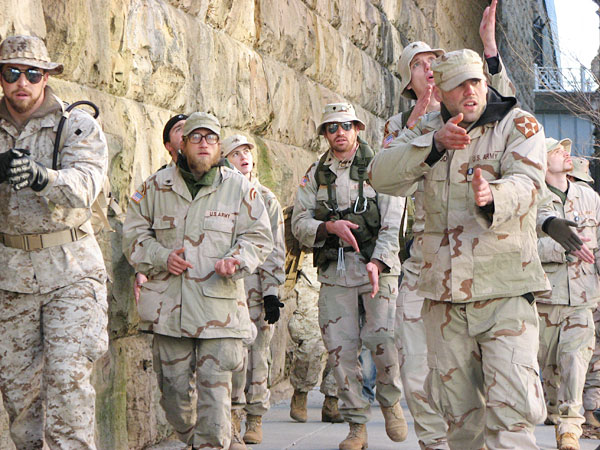 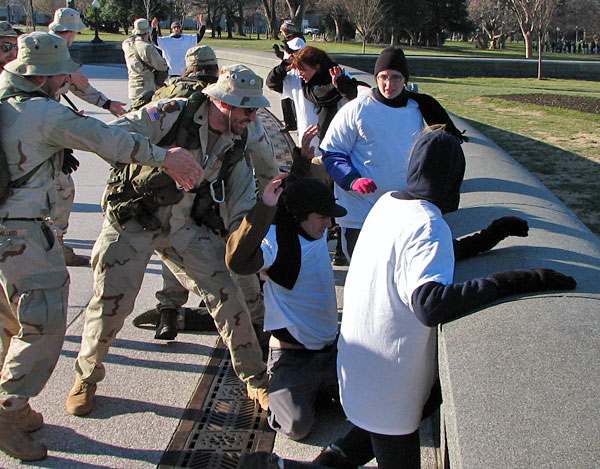 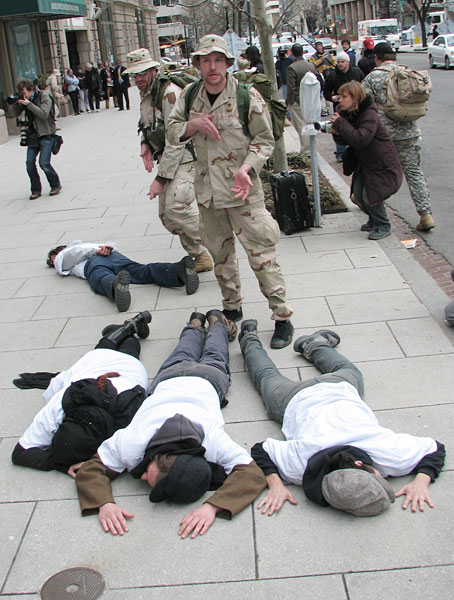 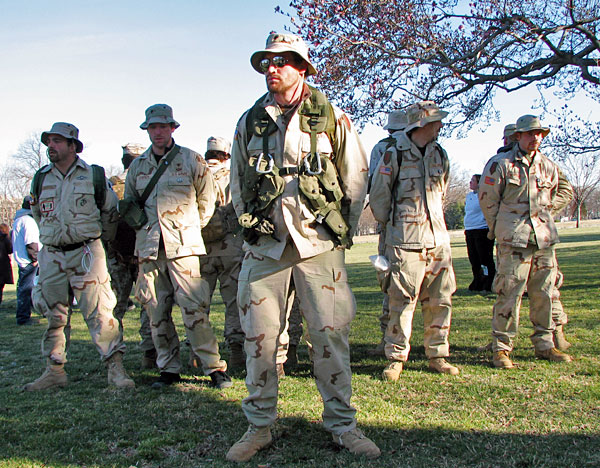 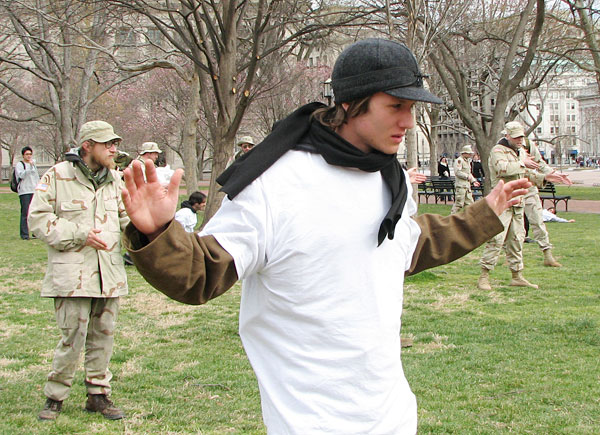 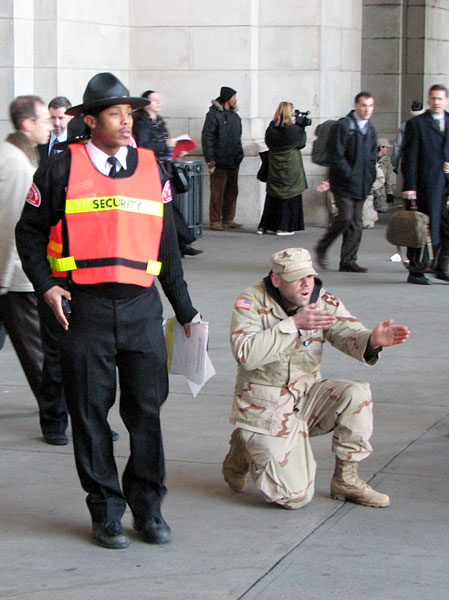 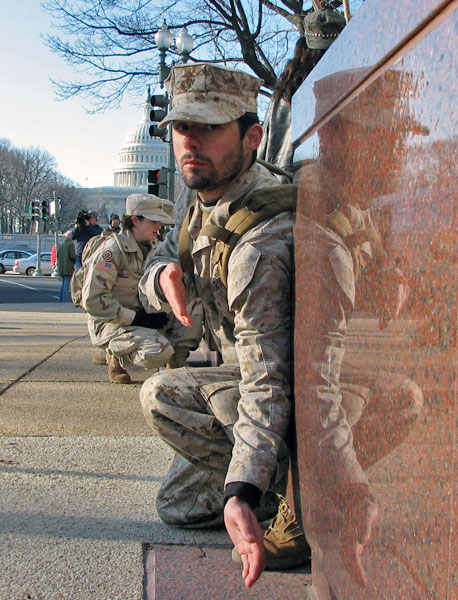 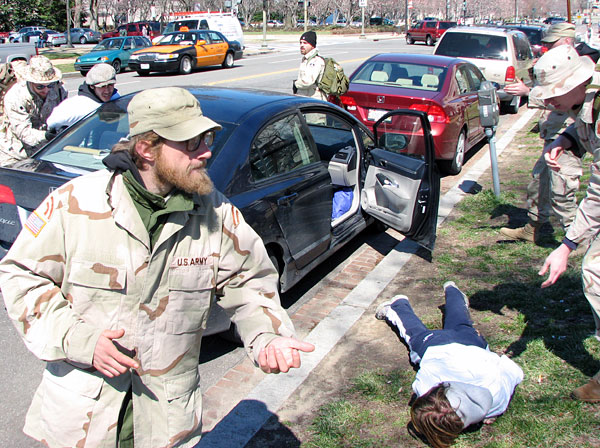 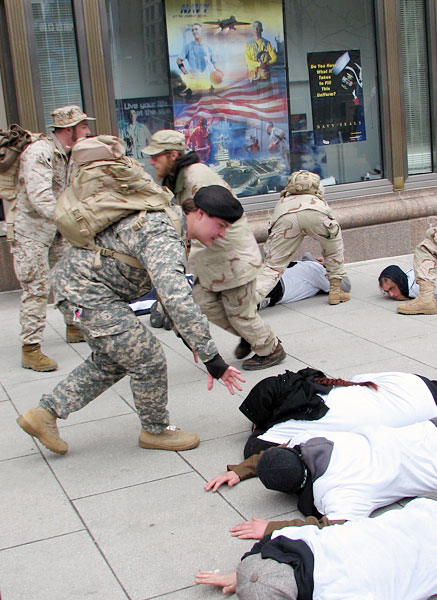 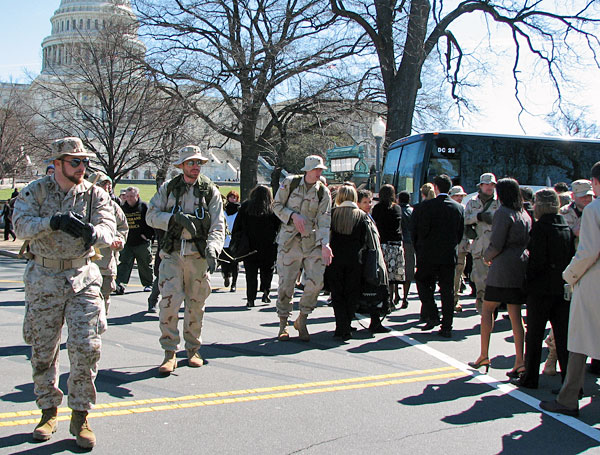 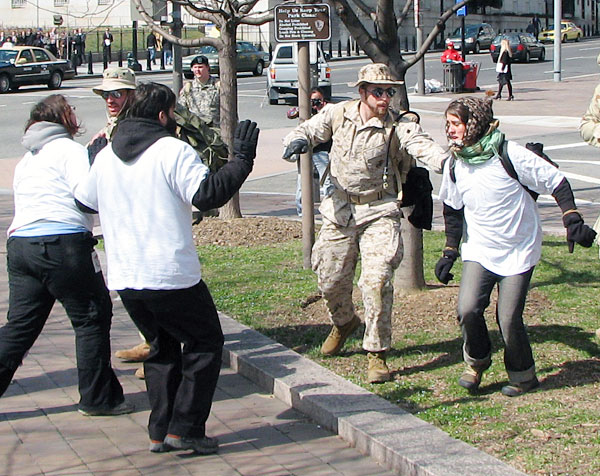 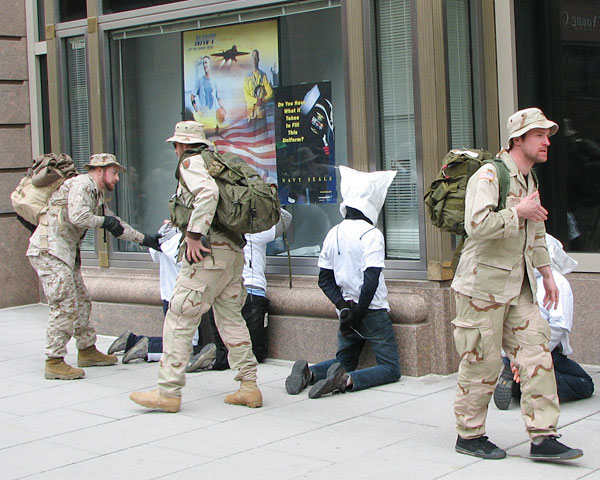 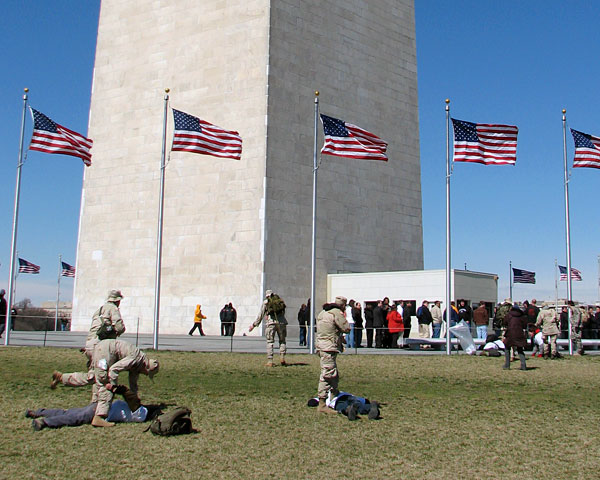 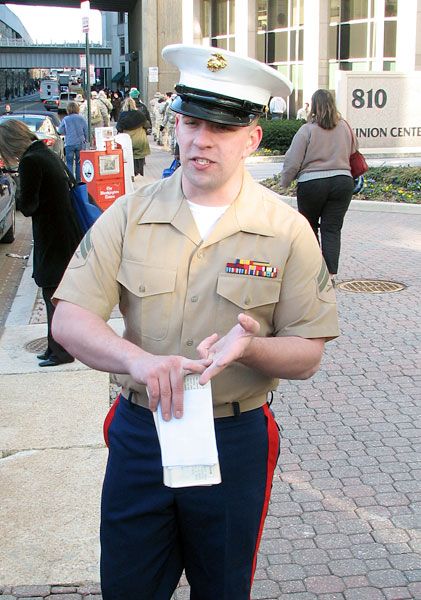 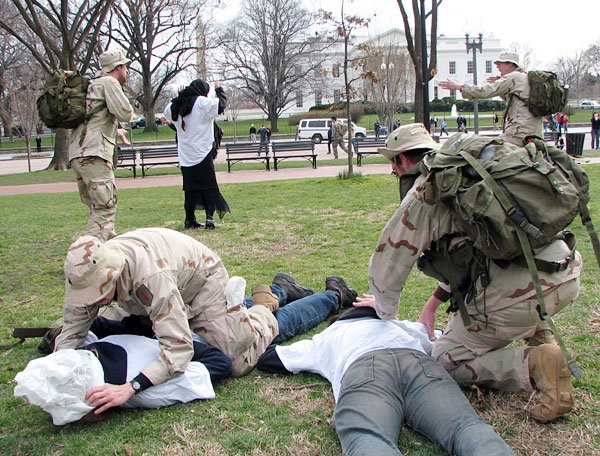 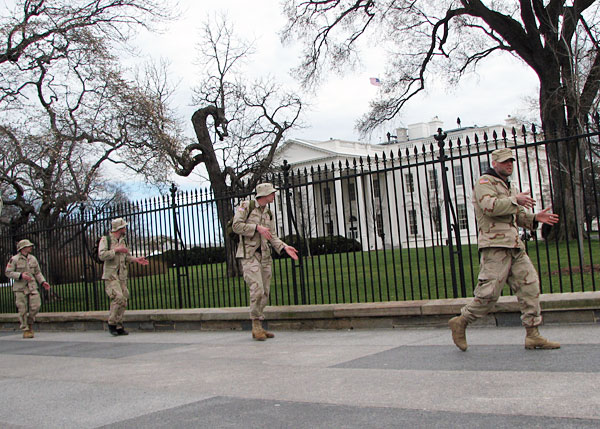