Add an Event
Newswire
Calendar
Features
Home
Donate
From the Open-Publishing Calendar
From the Open-Publishing Newswire
Indybay Feature
Publish to Newswire
Add an Event
Related Categories: Central Valley
Sacramento Train Trestle Fire
by semp
Thursday Mar 15th, 2007 7:56 PM
The American River parkway in Sacramento includes a bike trail along the river that is a 24 mile stretch from downtown Sacramento to the Folsom dam. The bike trail runs directly through and under the elevated 300 foot long railroad trestle near the REI store and the Sacramento Fair grounds. The fire started today around 5:30. The trestle is made of creosote soaked wood. The cause of the fire is unknown at the time of this reporting. Between the sign and the smoke in the first picture is the Capital City freeway, which came to a near stand still due to drivers observing the fire. 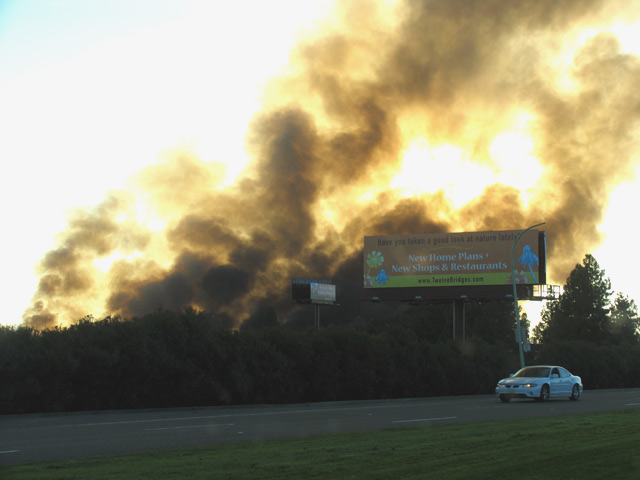 The train trestle was reported to be buckling from the intense heat caused by the fire. The train tracks are owned by Union Pacific and carry Amtrak service to Reno from Sacramento. Mainstream media is reporting that the fire to the train track trestle is going to create havoc on the transportation system that services the northern California central valley. Union Pacific reported to the Sac Bee that it is one of Union Pacific's main routes in the area.

Hundred's of spectators lined the flood levee along the American River parkway catching a glimpse of the fire. REI's Sacramento parking lot was quite the scene with onlookers coming and going as the fire burned. Talk radio was reporting people could see the smoke plume from 50 miles away.

Creosote is a yellowish to greenish-brown oily liquid containing phenols and creosols, obtained from coal tar and used as a wood preservative and disinfectant. It can cause severe neurological disturbances if inhaled in strong concentrations.
§American River parkway train tressle burns
by semp Thursday Mar 15th, 2007 7:56 PM 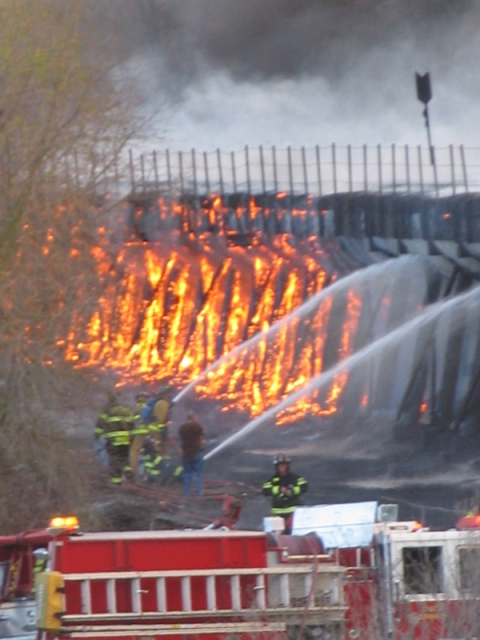 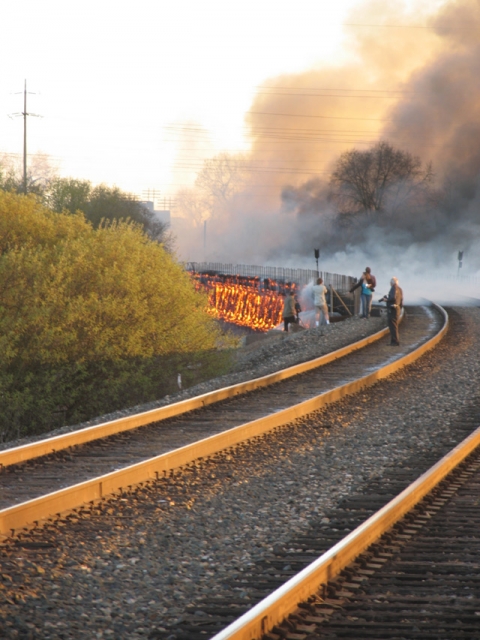 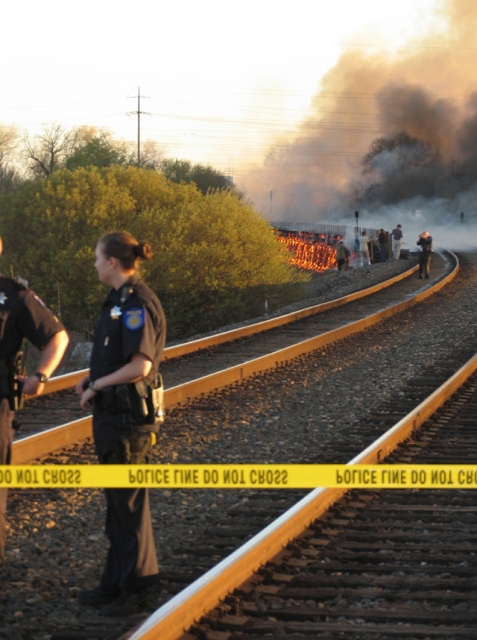 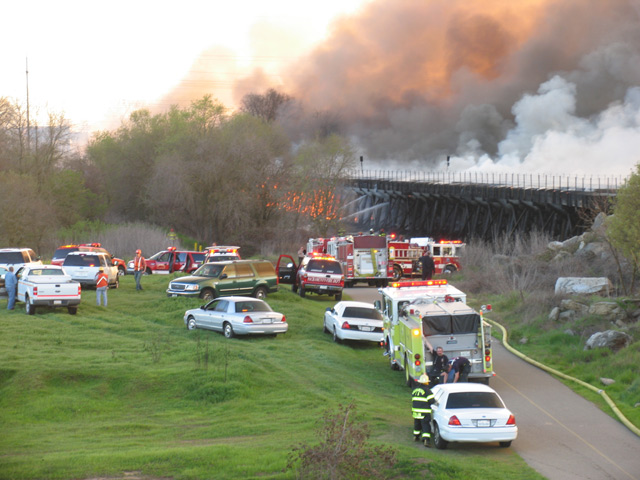 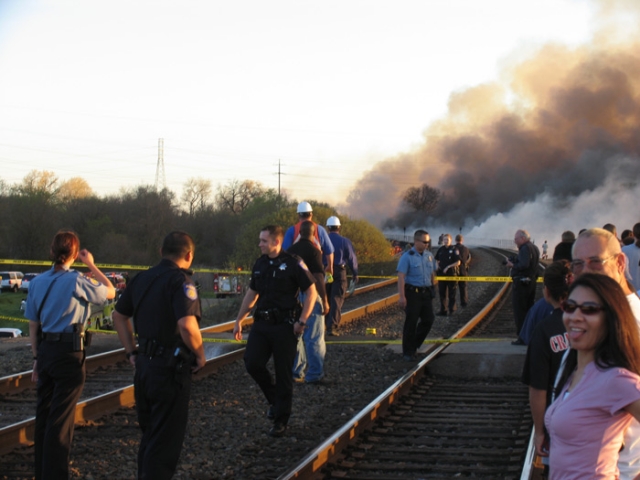 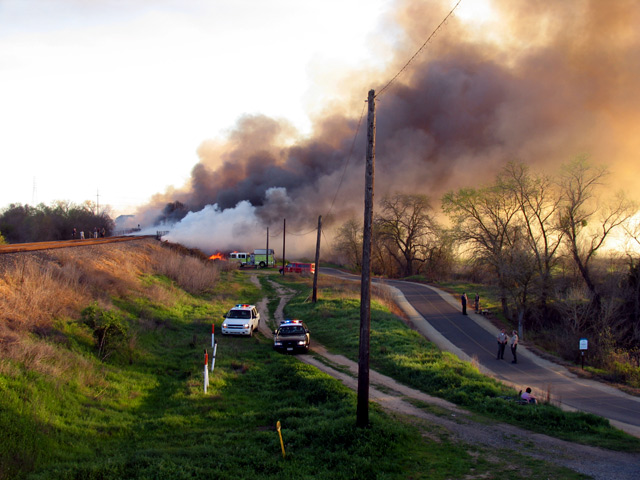 Here's the west side of the trestle facing south. White smoke is actually steam from the water dousing the fire. The black smoke is the fuel load from the creosote-soaked wood burning.
Add Your Comments
LATEST COMMENTS ABOUT THIS ARTICLE
Listed below are the latest comments about this post.
These comments are submitted anonymously by website visitors.