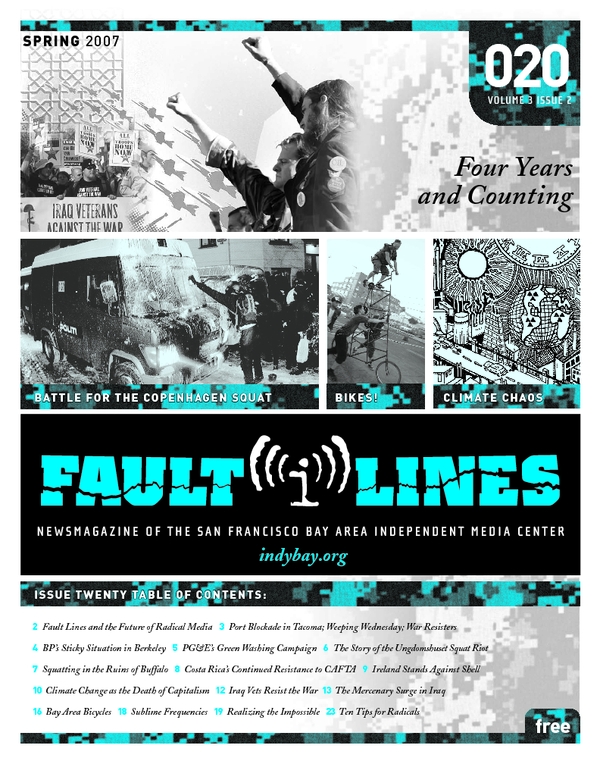 2 – Fault Lines and the Future of Radical Media
3 – Port Blockade in Tacoma; Weeping Wednesday; War Resisters
4 – BP’s Sticky Situation in Berkeley
5 – PG&E’s Greenwashing Campaign
6 – The Story of the Ungdomshuset Squat Riot
7 – Squatting in the Ruins of Buffalo, NY
8 – Costa Rica’s Continued Resistance to CAFTA
9 – Ireland Stands Against Shell
10 – Climate Change as the Death of Capitalism
12 – Iraq Vets Resist the War
13 – The Mercenary Surge in Iraq
16 – Bay Area Bicycles
18 – Sublime Frequencies
19 – Realizing the Impossible: art against authority
23 – Ten Tips for Radicals
Add Your Comments
LATEST COMMENTS ABOUT THIS ARTICLE
Listed below are the latest comments about this post.
These comments are submitted anonymously by website visitors.