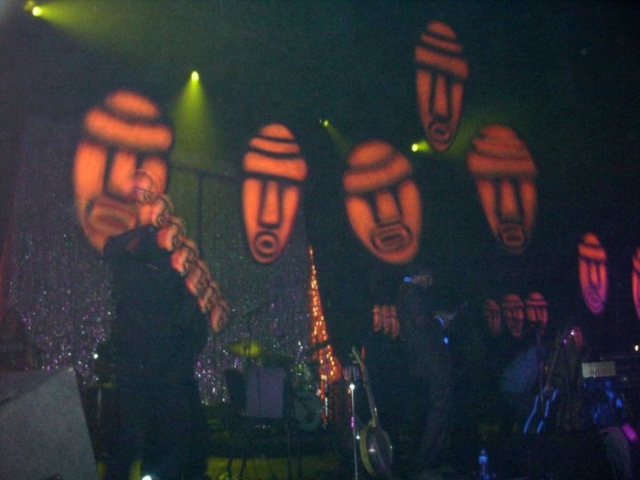 original image (700x525)
HEAL THE OCEANS BENEFIT ROCKS SANTA BARBARA
--------------------------------------------------------------------------------------
MICHAEL FRANTI  SPEARHEADS ALL STAR BILL
----------------------------------------------------------------------------
DREW ATTENTION TO URGENT SOUTH COAST ISSUES
===============================================
Santa Barbara, CA
Michael Franti and his band, Spearhead,  headlined a dynamite benefit
concert for various environmental organizations lead by Heal the
Ocean this weekend. Adding to the festivities was a special guest
appearance by Jack Johnson.
Michael is a long time political activist, using his
musical talents to support anti-racist, anti-police brutality and anti-war
organizing around the country. Other fantastic acts included the Animal
Liberation Orchestra and multimedia artist Mathew McAvene, who
provided awesome puppets in the form of fish, jellyfish,  and assorted
creatures of the sea. Opening was the Culver City Dub
Collective.
The benefit was organized under the inspiring moniker  Solutions for
Dreamers. It would be impossible, in a brief news item such as this,  to
do justice to the many fine performers and outstanding activists who
contributed to this event. Please surf the websits and educate yourself
on the fine work being done by http://www.healtheocean.org/ and
http:////edcnet.org. Then reward yourself by cruising over to the
musican websites which are listed at
http://www.solutionsfordreamers.org.
Heal the Oceans believes that the ocean can no longer be used as a
dump. Attacking all sources of ocean pollution, the group has an
interesting take on activism: instead of lobbying the government for
action on ocean-pollution issues, they study the problem ourselves and
recommend practical solutions.
They recently scored a major victory in the campaign to stop the
dumping of homeowner waste into the ocean. They succeeded in getting
a district of 81  homes to change their method of waste management.
This will remove septic systems from seven miles of coastline in the
Santa Barbara south coast.
Other organizations represented at the event include the Environmental
Defense Center. IMC spoke to Shiva Polefka, EDC Marine
Environmental  Analyst, who described numerous issues such as the
Liquified Natural Gas projects which the energy companies are striving
to plant off the southern California coast. According to the EDC
website, the proposed Cabrillo Port would be moored off Malibu and
Oxnard for at least 40 years and would have no firm expiration date
and the floating factory terminal could remain moored offshore for
decades longer. This raises serious environmental concerns, as LNG is
just a continuation of fossil fuels dependency with commensurate
impact on global warming and disruption of marine ecosystems.
The LNG factory terminal threatens one of the world’s richest and
most productive ecosystems -The Channel Islands National Park and
Marine Sanctuary.  Cabrillo Port would be sited just outside the
sanctuary, resulting in serious impacts which may be irreversible.
Other projects of EDC include work with the Mixtec agricultural
worker community - Central Coast Envionmental Health Project.
These workers, many of whom labor under the spectre of deportation,
are often subject to levels of pesticides which are intolerable. Due to
their technical immigration status, they are subjected to greater
pressure to accept substandard working conditions and heightened
risks to their health and well being. EDC has trained trainers who are
conversant in both Spanish and Mixtec so that workers will be aware of
the risks and in a position to insist on safer workplace practices.
Shiva was also aware of recent developments in the ongoing issue of
Naval sonar war games and its impact on marine life. Despite efforts
via the California Coastal Commission and a coalition of activist
organizations, the Navy appears to be prepared to completely disregard
the recommended stipulations to reduce the impact of sonar on marine
mammals. In other words, the military wants to use sonar round the
cloack at will, with no mitigation; for whales and dolphins, this means
pure hell, disrupting their own natural sonar navigation and possibly
endangering the viability of whole tribes of marine mammals.
This point was brought home by a Nils Larson documentary, filmed
entirely underwater, in which the soundtrack was increased until
everyone in the audience was forced to cover their ears. This hellish
racket is what Naval sonar sounds like to the whales and dolphins.
Despite the serious issues at hand, the festival focused on spirit and
light and affinity for the awesome oceans on this planet and the
inhabitants therein. As I remarked to my companion, " Soy una
criatura del mar, tu es una creatura del mar, todos criaturas del mar."
I am a creature of the sea, you are a creature of the sea, we are all
creatures of the sea.
As this shared planet grows more crowded, it is inspiring that we can
still bond in celebrations such as this one, brought to you by Jacob Tell
and Oniric Records, Simple Shoes, and the organizing efforts of Heal
the Oceans.  Be sure to check out the compilation CD and the websites
of these dynamic organizations.
(C)2007 Geof Bard
8:00? 8:25? 8:40? Find a flick in no time
with theYahoo! Search movie showtime shortcut.
§....
by Geof Bard Monday Feb 26th, 2007 2:15 PM 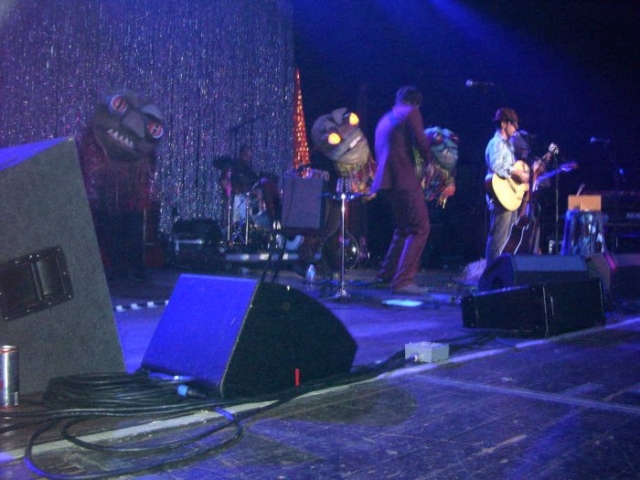 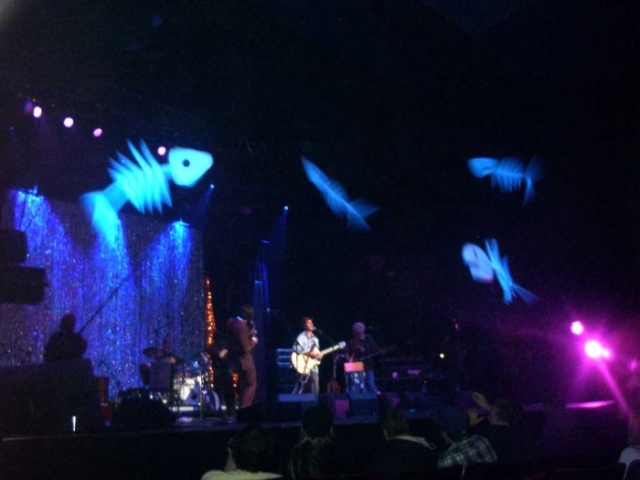 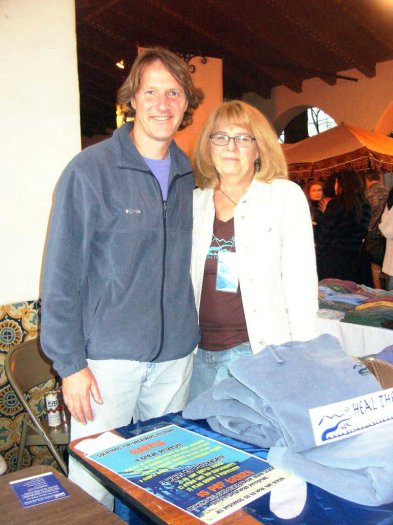