Add an Event
Newswire
Calendar
Features
Home
Donate
From the Open-Publishing Calendar
From the Open-Publishing Newswire
Indybay Feature
Publish to Newswire
Add an Event
Related Categories: California | LGBTI / Queer
Berkeley Seminarian Paves Way for Gay Christians Amidst Turmoil in the Episcopal Church
by Press Release
Saturday Feb 24th, 2007 6:50 PM
Justin R. Cannon, 22 years old, is a first-year student at the Church Divinity School of the Pacific in Berkeley, California, and is one of several openly gay seminarians who find themselves troubled by a recent communiqué issued by the leaders of the Anglican Church this month. 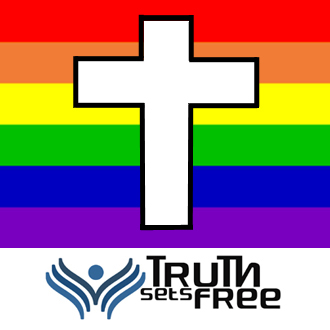 Justin R. Cannon, 22 years old, is a first-year student at the Church Divinity School of the Pacific in Berkeley, California, and is one of several openly gay seminarians who find themselves troubled by a recent communiqué issued by the leaders of the Anglican Church this month. The worldwide leaders of the Anglican Communion, including the Presiding Bishop of the Episcopal Church of the United States, The Most Rev. Katharine Jefferts Schori, met met in Tanzania last week to talk, once again, about sexuality and scripture. Last week, these leaders issued a communiqué essentially demanding that the U.S. place a moratorium on the consecration of gay bishops and the blessing of same-sex unions within seven months or else face being booted from the Anglican Communion.

Cannon is openly gay, runs an online outreach to gay and lesbian Christians, and feels a strong call to the ordained ministry. When asked if the recent events in the church affect his sense of call to serve in the Episcopal Church, Cannon replied, "I really trust our Presiding Bishop--she is very affirming of gays and lesbians and I believe that she is working in the interest of a radically inclusive Gospel." He continues, "It’s a bit unsettling everything that is going on, but I, honestly, can’t do anything other than trust that the Spirit is at work in this chaos birthing something new and unexpected." Cannon is currently single, but hopes someday to marry and raise children.

This past December Cannon was recognized by OUT Magazine as one of its top 100 LGBT achievers of the year for his online work. He is the founder of http://www.TruthSetsFree.net , an affirming, Bible-based outreach to LGBT Christians as well as http://www.RainbowChristians.com , the internet’s most popular gay Christian dating site. In 2005, Cannon was recognized by prominent gay newsmagazine The Advocate as a "Future Gay Hero" in connection with his ministry work and at the age of twenty-two he has already been cited in both the Los Angeles Times and New York Times.

He recently transferred his church membership to California and is excited about the move. Cannon explains, "I feel like I finally have found a spiritual home. Our bishop here, Bishop Marc Andrus, is a prophet and a man of vision. In 2006 he wrote a letter expressing his 'commitment to the full inclusion of gay and lesbian persons in the life of the Church' and he also stands as a strong witness to working for peace and justice in our nation and abroad."

"I find it surprising how many gay people here in the Bay Area are simply unaware of the Episcopal Church and the fact its doors are wide open to the LGBT community," Cannon comments. In 2003, the Episcopal Church consecrated its first openly gay and partnered bishop, Rev. Gene Robinson. He hopes to help bridge that gap, working to spread the radically inclusive message of the Gospel.
http://www.truthsetsfree.net
§
by Press Release Saturday Feb 24th, 2007 6:50 PM