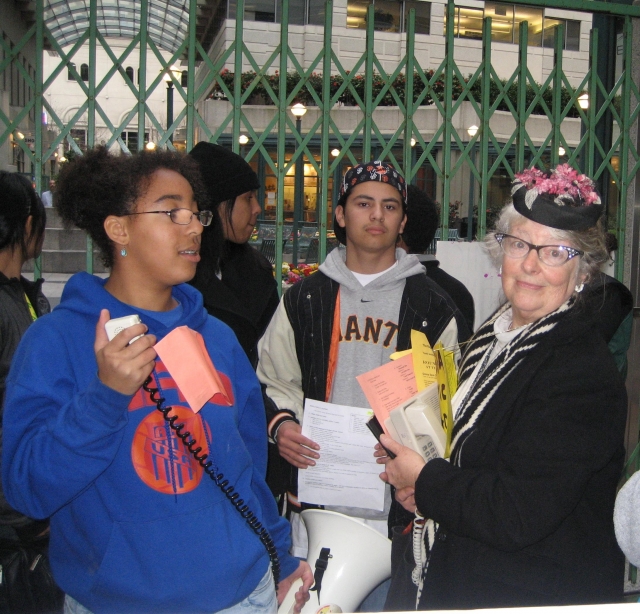 The East Palo Alto-based Youth United for Community Action protested Feb 6 outside the California Occupational Safety and Health Administration's district office in San Francisco. The group, joined by the Raging Grannies, is asking for stiffer penalties for the East Palo Alto company Romic Environmental Technologies after Froilan Chan-Liongco was burned on the job in a welding accident. Security closed gates before they could reach the OSHA office. 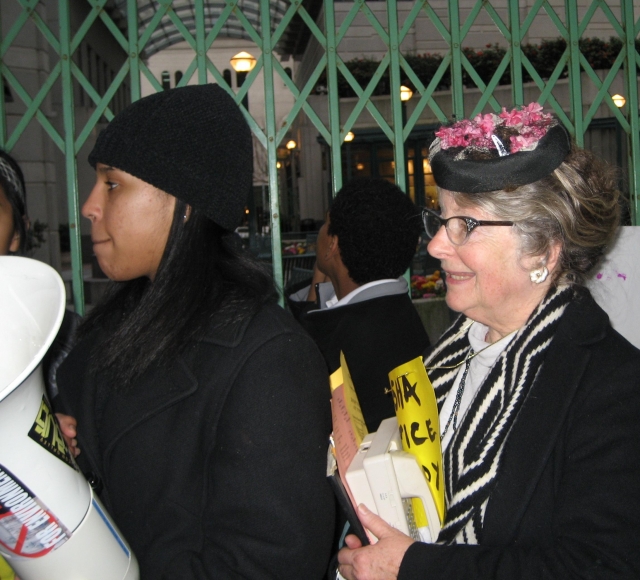 original image (2294x2082)
On the left: Annie Loya, YUCA organizer, led the rally with high energy, spunk and determination. Granny Barbara, on the right, helped keep the Raging Grannies in sync with the youthful crowd.
§Gabriel and Oscar
by Granny Ruth/Bill Saturday Feb 10th, 2007 3:37 AM 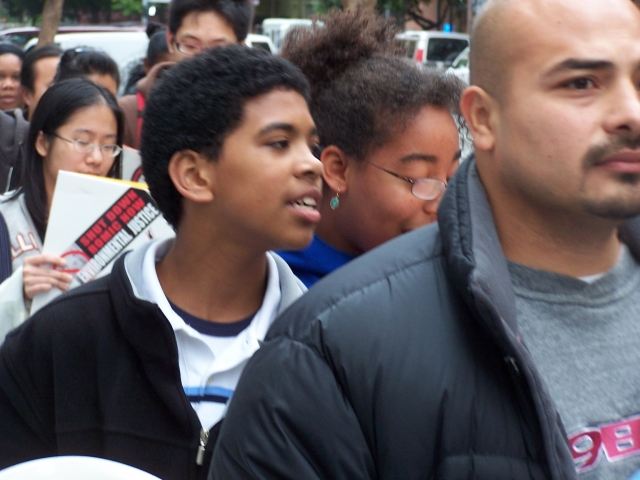 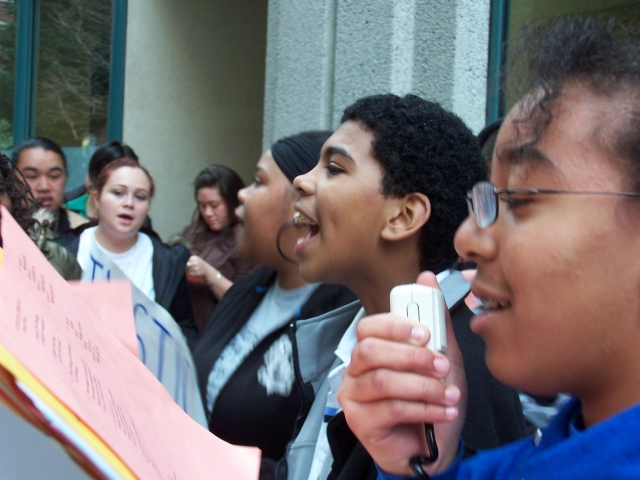 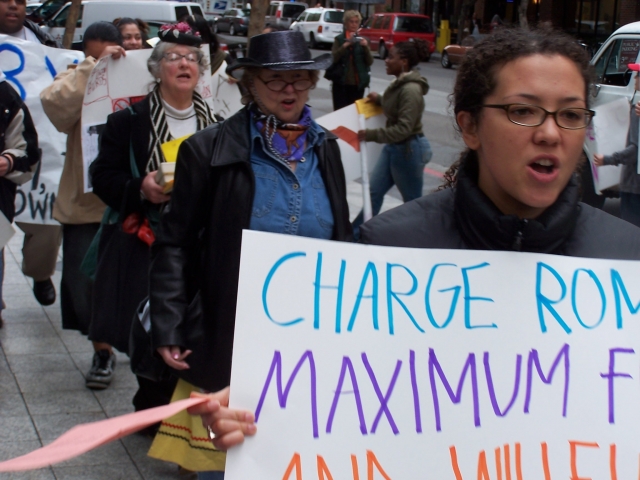 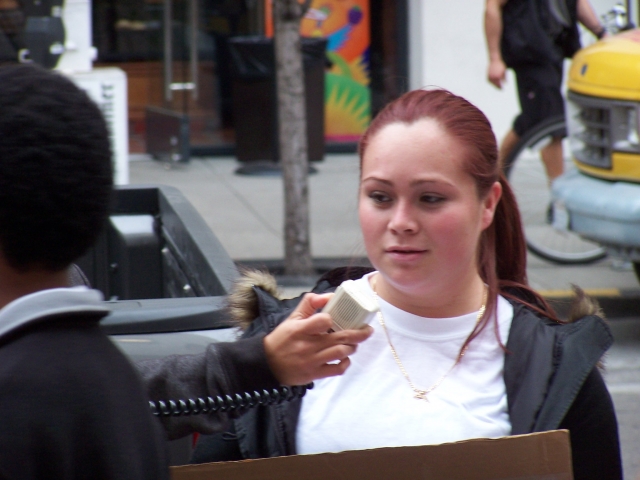 original image (2304x1728)
Although not feeling well, this young woman rallied to the cause. Grannies got motherly and offered a hanky.
§Justice for Froilan
by Granny Ruth/Bill Saturday Feb 10th, 2007 3:37 AM 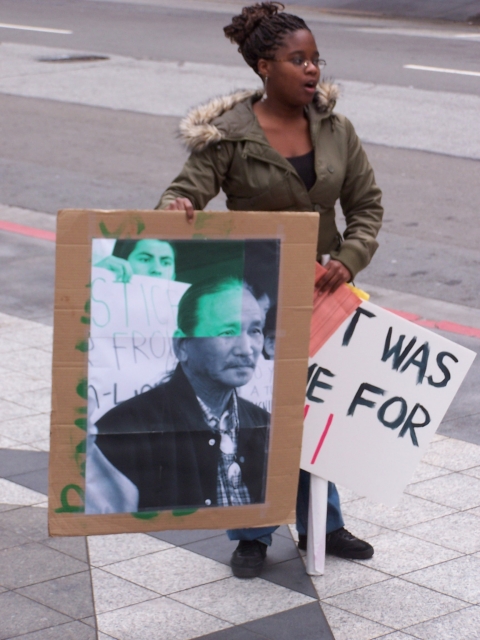 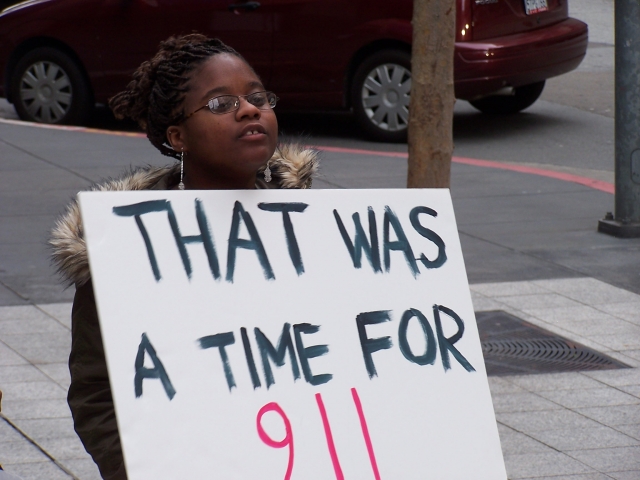 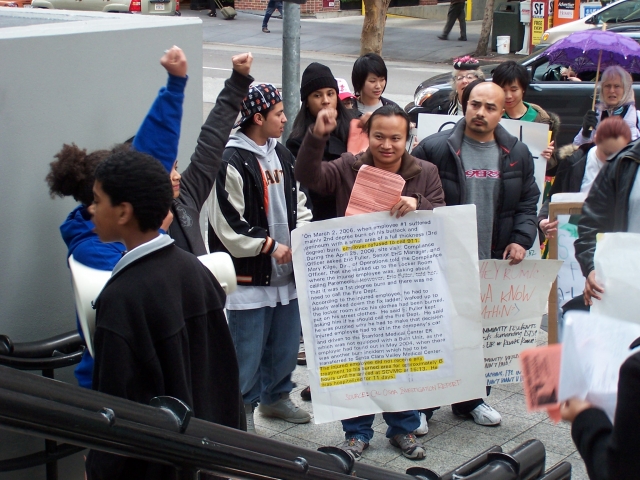 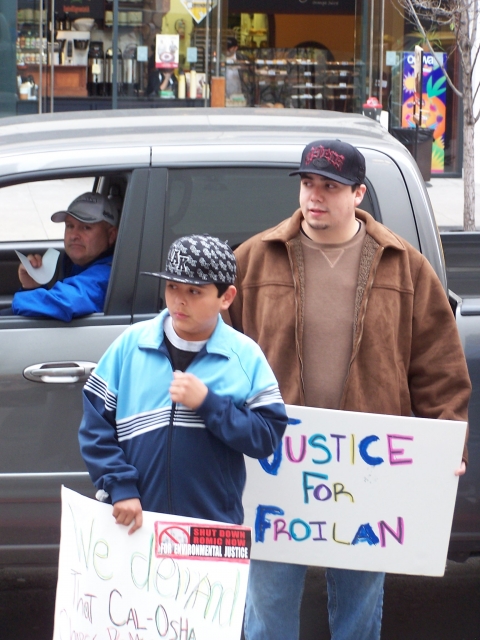 original image (1728x2304)
Demonstrators were observed from the street by police, some apparently plain clothes.
§I LUV EPA
by Granny Ruth/Bill Saturday Feb 10th, 2007 3:37 AM 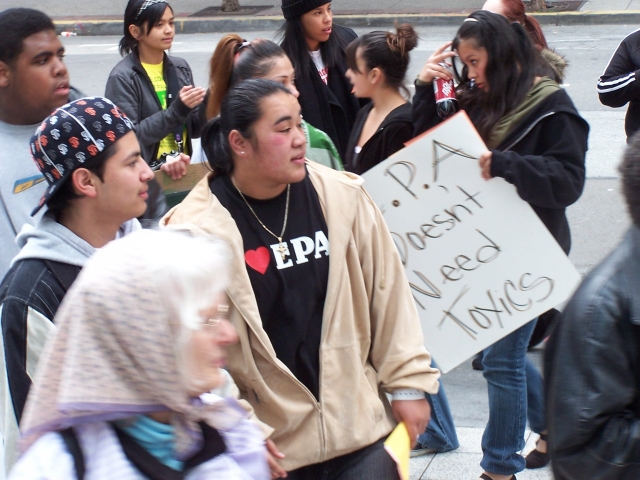 original image (2304x1728)
East Palo Alto kids show neighborhood pride
Add Your Comments
Support Independent Media
We are 100% volunteer and depend on your participation to sustain our efforts!