Add an Event
Newswire
Calendar
Features
Home
Donate
From the Open-Publishing Calendar
From the Open-Publishing Newswire
Indybay Feature
Publish to Newswire
Add an Event
Related Categories: South Bay | Anti-War
January 27 Antiwar Protest in San José Says, Bring the Troops Home Now
by South Bay Mobilization
Monday Jan 29th, 2007 3:24 PM
In support of the march in Washington, DC against the U.S. war on Iraq, 200 people gathered in San José on January 27th to protest the Bush's "troop surge" and to call for impeachment of the president.

Two hundred people lined the busy intersection of Stevens Creek Blvd and Winchester Blvd in San José and Santa Clara on Saturday, January 27th to protest the continuing U.S. occupation of Iraq and President Bush's call for a "troop surge" of an additional 21,500 U.S. soldiers. Participants also called for impeachment of the president for his lies, war crimes, trampling of civil liberties, and violations of international law.

People waved signs opposing war on Iraq, Iran, and immigrants. They also called for a halt on arms to Israel and an end to Israeli apartheid. Some focused on local war profiteers, such as Jeppesen, Inc. that provides support services for the CIA's secret rendition flights of "enemy combatants" to its secret detention and torture centers around the world. Hundreds of passing motorists honked and waved in support of the demonstration.

The demonstration was organized by the South Bay Mobilization, which was formed in 2003 to oppose the then impending U.S. invasion of Iraq. The rally builds on the Saturday and Sunday peace vigils organized by David Ledesma at this location every week since the war began in March 2003. 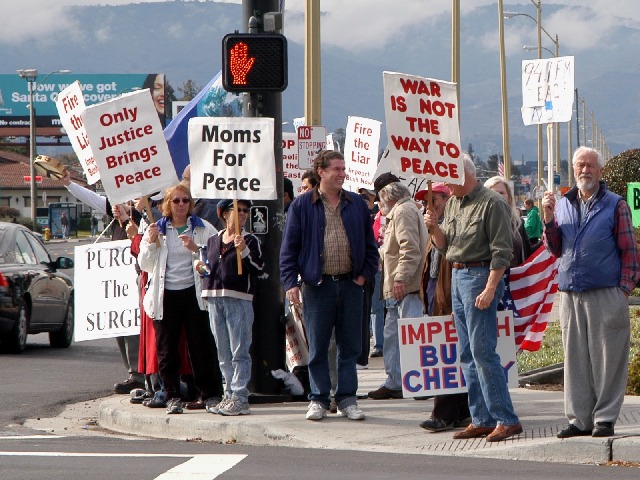 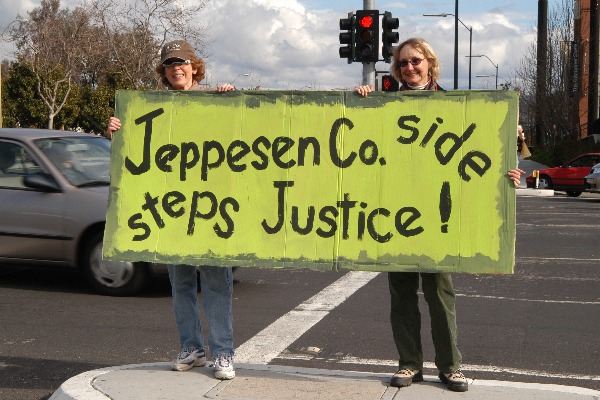