Add an Event
Newswire
Calendar
Features
Home
Donate
From the Open-Publishing Calendar
From the Open-Publishing Newswire
Indybay Feature
Publish to Newswire
Add an Event
Related Categories: Santa Cruz Indymedia | Health, Housing & Public Services
Another Letter to Santa Cruz Vice-Mayor Coonerty about the City's Sleeping Ban
by HUFF Homeless United for Friendship & Freedom
Monday Jan 22nd, 2007 9:23 PM
In continuing correspondence with attorney, bookseller, and vice-mayor Ryan Coonerty, HUFF and three other homeless civil rights organization sent the following letter to him, asking for clarification of his support for the City's MC 6.36.010a, banning homeless outdoor and vehicular sleeping from 11 PM to 8:30 AM.
to: Vice Mayor Ryan Coonerty
re: continued enforcement of MC 6.36.010 sections "a" and "b"


Thank-you for your reply to HUFF's last letter to you in which you wrote:

"In regard to the recent 9th Circuit decision, it is my personal belief that the ordinances in Los Angeles were much more broad (no sitting or sleeping at anytime) than our ordinance which has to do with camping."

True. The Los Angeles law criminalized sleeping and camping 24 hours a day. The actual court order, however, grants homeless people the right to sleep and camp at night in the Skid Row Area (since Los Angeles, like Santa Cruz, has totally inadequate emergency shelter facilities). We believe that the current Santa Cruz law would be considered similarly unconstitutional in that it prohibits "night time" sleeping and is enforced in an environment with inadequate shelter.

Last June the City of Richmond changed its camping law. It now contains what we might call the Jones exception to ticketing if no shelter is available. This goes further than our 6.36.055 MC which allows winter tickets to be dismissed after homeless people have been wakened, rousted, cited, and driven away.

This fall, the Los Angeles and San Diego City Attorneys recommended and their Police Chiefs stopped enforcement activities under their sleeping and camping bans, for fear of financial liability under the Jones decision. Why is the more progressive community of Santa Cruz failing to do so as well?

In Santa Cruz we need legal sleeping areas, particularly considering last year's homeless death rate (the highest ever). Where are they? Every ticket issued when such alternatives are not available is unconstitutional under the Jones decision. That decision is currently law and precedent.

While HUFF joins you in advocating for more funding for shelter and social services, we urge the City to redirect existing funds spent on criminalizing and arresting homeless people for sleeping and camping towards services that actually help those people.

Homeless people must not be prevented from legally sheltering themselves if the City is unwilling or unable to provide the facilities.

Homeless people collecting social security often lose benefits when they are jailed for "crimes" as trivial as sitting down, lying down, begging, or sleeping. This only deepens their poverty and despair.

The National Coalition on Homelessness study in August of 2005 determined that each citation issued to a homeless person for nuisance "crimes" like sitting down, sleeping, begging, or camping cost the municipal authority "two to three times the cost of supportive housing."
[see http://www.nationalhomeless.org/publications/crimreport/report.pdf]

What exactly distinguishes Santa Cruz law and makes it exempt from civil liability under the Jones decision? We need you to be clear and forthright on this issue.

In 1997 Judge Tom Kelley ruled that because Santa Cruz law allowed homeless people to sleep (but not to erect a protective tent against the rain) between 8 AM and 11:30 PM, the law was constitutional. We think this position is untenable and runs afoul of the Jones decision language which resulted in a standing injunction banning nighttime enforcement of the sleeping ban in Los Angeles.

When would you be available for a discussion of this issue? We would like half an hour to forty-five minute meeting to clarify your position on this issue, as a Councilmember, as Vice-Mayor, and as a teacher and attorney conversant with civil liberties issues.

We would also like to record the meeting for subsequent broadcast, as we have done with previously with Mayors Mathews, Rotkin, and Reilly.

When two activists asked Mayor Reilly for the City Attorney's statement on this issue several days ago, City Manager Dick Wilson informed her that the matter was a "confidential attorney-client" issue. It seems strange that important information for the community is being withheld. In any case, please put on the next City Council agenda an item to secure a vote authorizing the release of the legal rationale for continuing nighttime enforcement of the Sleeping Ban in the absence of adequate shelter, given the standing Jones precedent.

We look forward to your response.

Thank you for writing. You and I simply disagree on this issue.  If you believe that you have a constitutional argument, I encourage you to pursue it in the courts as well as continue your efforts in the political process. 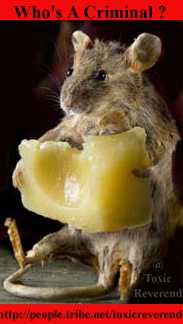 > Solutions,
A tent city that reduced violent
crime by 90% in Richmond California

We are trying to use "the political process" by writing you. To
proceed we need to understand why and how we disagree.

1. Are you saying it's constitutional to arrest people at night in Santa Cruz who have no shelter and no option to get to shelter?

2. Will you meet with us to discuss this issue?

3. Will you place on the agenda a vote on releasing the city's legal opinion on this issue, which Mayor Reilly recently told Bernard Klitzner had been classified by City Manager Dick Wilson?

Your response, which I interpret as "just sue me" does nothing to
relieve human suffering in one homeless person in your district. Let's work together to comply with Jones, find humane and legal shelter options for homeless people, and to save the city from costly litigation.


http://www.huffsantacruz.org
Add a Comment
§Further Response from Coonerty and Tabling Tomorrow Outside Bookshop Santa Cruz
by Robert Norse
Friday Jan 26th, 2007 12:08 AM
On Thursday, Ryan Coonerty left me a brief phone message noting that he "simply disagreed" with me about the Sleeping Ban without specifying exactly how or why, in particular what the impact of the Jones decision was on his thinking or on the City's perspective.

I left Coonerty a further phone message (a) asking for an interview for Free Radio Santa Cruz on how it can be that the L.A. Sleeping Ban is unconstitutional under the Jones decision, but ours is not [Mayors Reilly, Rotkin, and Mathews have all given me interviews for broadcast on the broader subject of the Sleeping Ban]; (b) that he put on the agenda for the next Council meeting, a vote of the entire council, so that Barisone's legal opinion on where the City now stands legally on banning homeless sleep at night can be made public [Barisone says it can't without a full Council vote].

I also asked him to make sure that future meetings of the Public Safety Committee (which oversees the police and fire departments) be recorded so that folks who can't attend to oddly scheduled 4 PM Monday afternoon sessions, can still hear what went on.

And to make sure his e-mails as a City Councilmembers are accessible to Public Records Act requests.

Coonerty, in his earlier phone message to me, clarified that e-mails to him, even addressed to him as a City Councilmember, are routed directly to his personal e-mail and not through City Council. The point here is that correspondence with City Council member, whether written or by e-mail, is by law public information and accessible to Public Records Act request.

What Coonerty and several other Council members are doing is to forward all their e-mail to their personal computers at home or work, and then delete what comes in, as they choose--even material directed to them as City Councilmembers. Apparently City Attorney Barisone has advised them that this is acceptable.

This violates the spirit if not the letter of the 2004 Sunshine Act, which requires that written communications to City Councilmembers (not involving litigation or personnel) be publicly accessible. If stuff can be kept secret, it becomes a field day for lobbyists and special interest groups. (Merchants, developers, the Seaside Company, bigots on the West Side or in Harvey West, etc.)

At noon Friday HUFF will resume tabling outside the Bookshop Santa Cruz, to encourage Coonerty's Council to obey the Constitution around basic civil rights for the homeless (i.e. follow the Jones decision on the Sleeping Ban). We may encourage people not to shop at his store unless he acts responsibly as a City Councilmember and Vice-Mayor.

We're hoping for hot food and music along with petitioning, speecifying, and the usual protest activity.
Add a Comment
§More info on the historic Jones decision
by (posted by Robert Norse)
Friday Jan 26th, 2007 12:15 AM
For more info on the Jones decision, check out this Counterpunch article from October 11, 2006 "Guilty of Being Homeless in America Sleepless on Skid Row" By GREGORY AFGHANI at
http://www.counterpunch.org/afghani10112006.html.

The actual Jones decision itself can be found at: