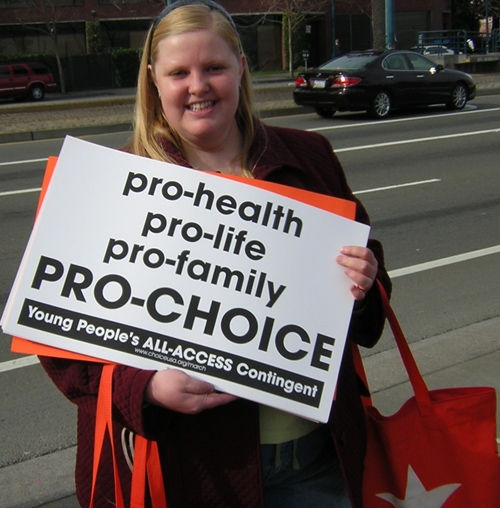 We had a long rally, then we waited for the "pro-life" march to start. The police put up barricades. At first, they started putting them along the edge of the street, but then they moved them back so that we were kept off of the actual sidewalk, like 15 feet from the edge of the street. Eventually, we marched alongside the street, so the barricades became irrelevant. The march stopped to let people catch up, and people at the front got bored and sort of wandered ahead. I think I stayed until we were around Pier 23, and then I had to leave.

The anti-choicers didn't seem like they had given a lot of thought to why they were out there- I would try to take pictures of them with their signs, and they would hide their faces behind the signs. Maybe they were ashamed of being in that march full of people who were so misguided? They seemed to be from a ways out of the Bay Area- places like Yuba City and stuff.
§Four great signs
by Mahtin Saturday Jan 20th, 2007 10:56 PM 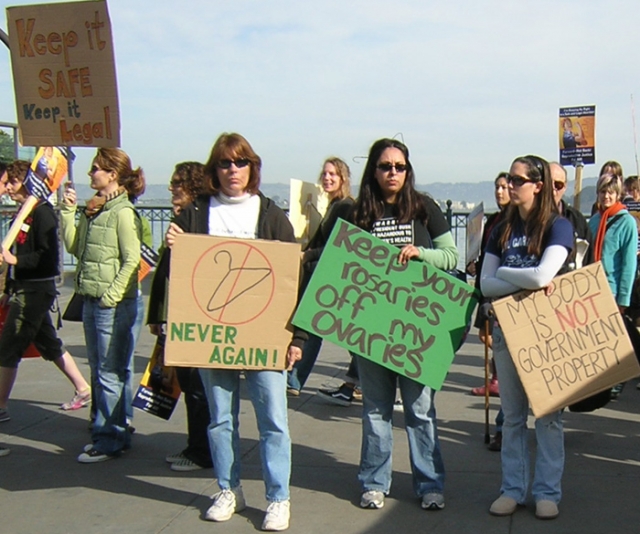 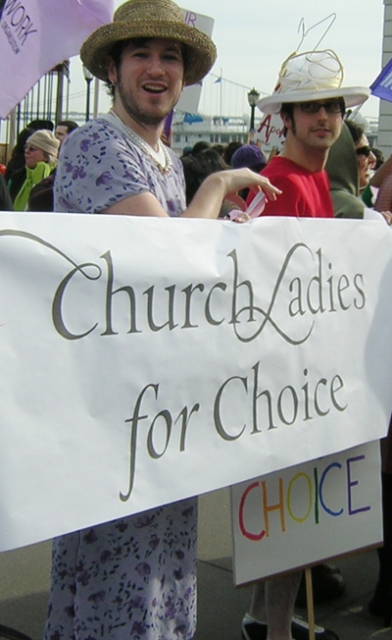 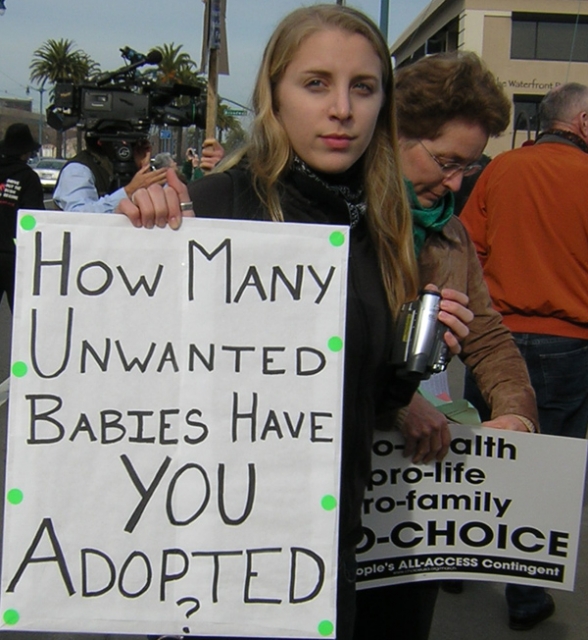 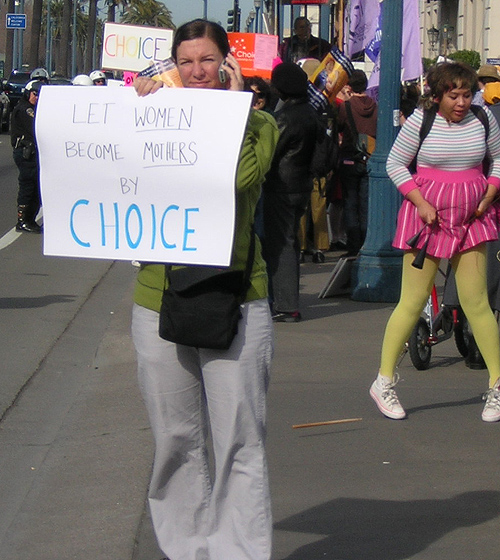 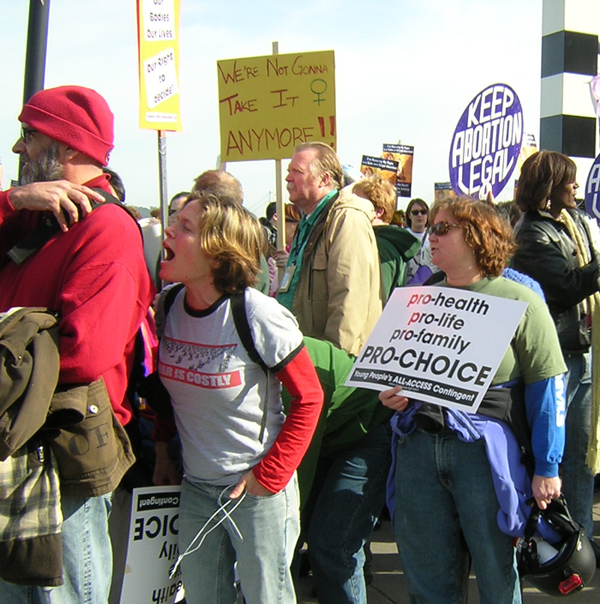 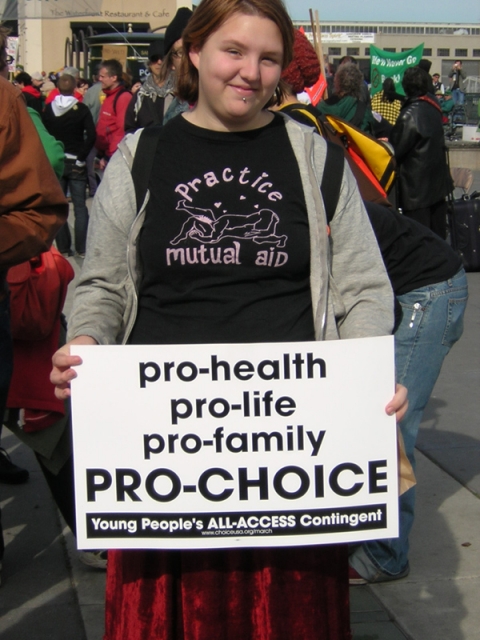 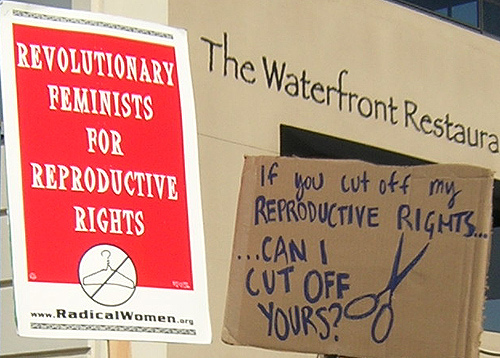 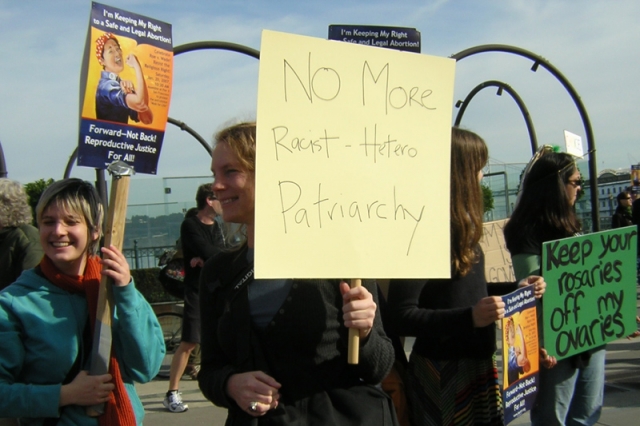 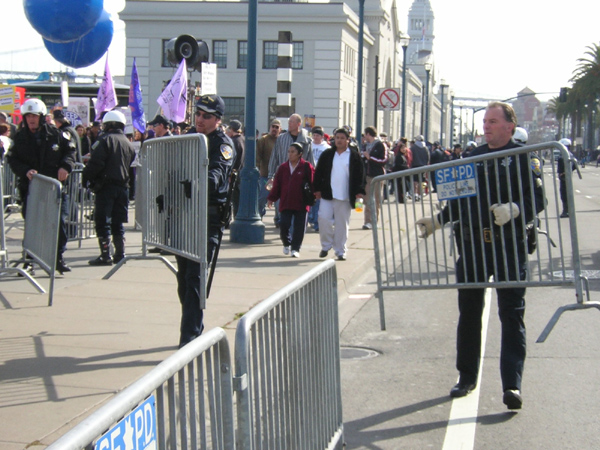