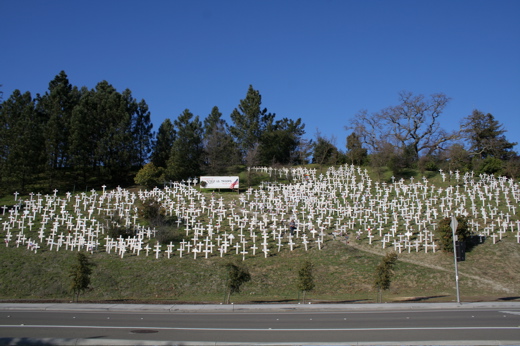 In November 2006 the Mount Diablo Peace Center began playing host to a display that has become commonly known as the Crosses in Lafayette. They planted dozens of crosses on a hillside in Lafayette California in response to the deadly Iraq War.
The Crosses in Lafayette http://thecrossesoflafayette.com/ are designed as a memorial for the soldiers who have been killed in Iraq.

They have been subjected to vandalism and local government scrutiny, but yet the display continues to grow....

The Crosses in Lafayette are similar to displays in Santa Monica and Santa Barbara. 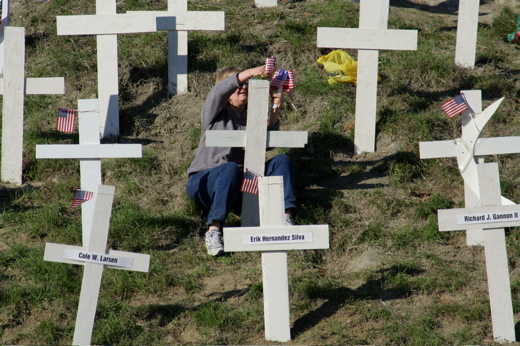 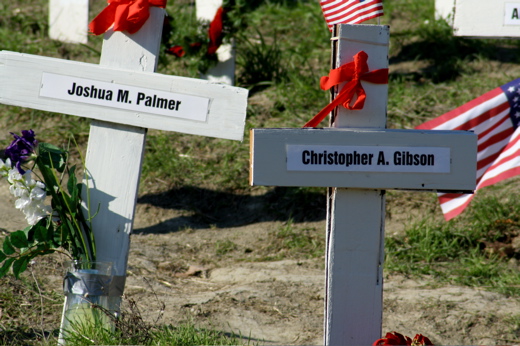 In December someone put red ribbons on the crosses, and now names appear on some of the crosses.
§ One thing for sure, all paths in War lead to lots of death.....
by a TG person Wednesday Jan 17th, 2007 11:41 AM 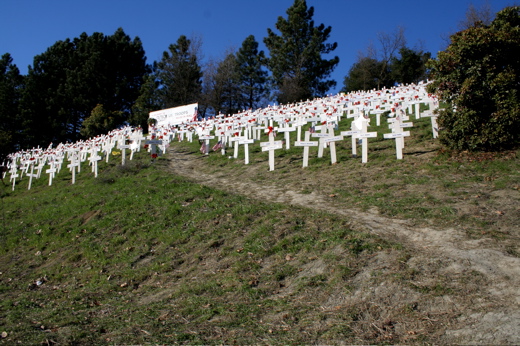