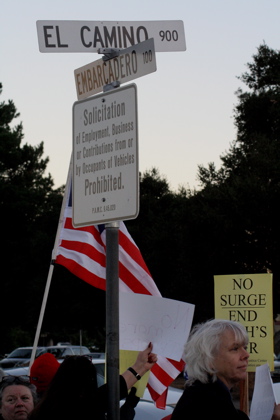 On January 11, 2007 the Peninsula Peace and Justice Center-http://www.peaceandjustice.org- held a demonstration at the corner of El Camino Real, Embarcadero, and Galvez Street in Palo Alto to bring attention to the communities dissatisfaction with President George W Bush' decision to send more troops to Iraq. Many also believe his decision is nothing more than an escalation of the Iraq War.

Paul George the director of the Peninsula Peace and Justice Center was very happy with the turnout. They're appeared to be well over 200 people on all four corners of that intersection. Community members made signs, and noise, and supporters beeped their horns and screamed from their cars. 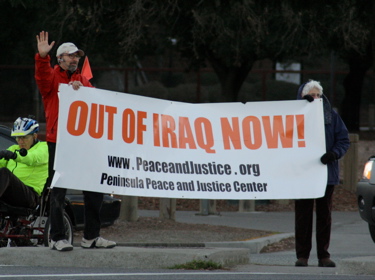 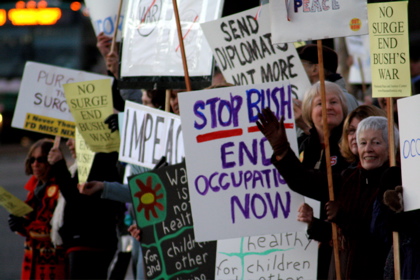 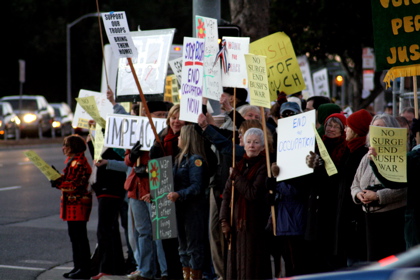 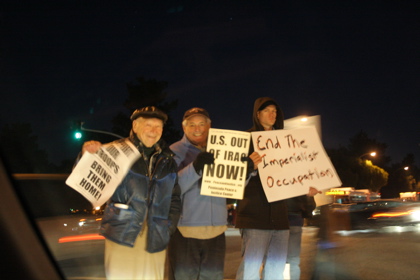 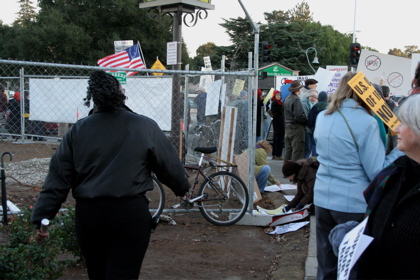 ...crowd carrying Pepper Spray and warning demonstrators their cars will be towed of they parked in their lots.
§Jamba Juice...
by a TG person Thursday Jan 11th, 2007 7:58 PM 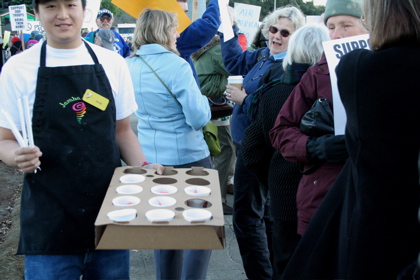 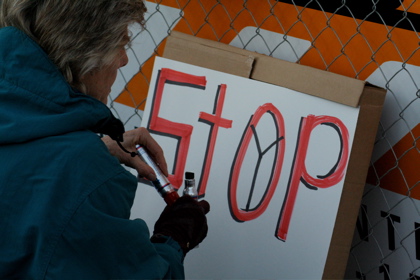 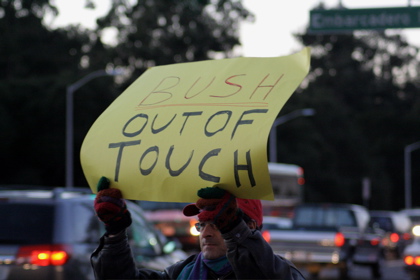 Many people believe our President is not in touch with reality!
§Another message
by a TG person Thursday Jan 11th, 2007 7:58 PM 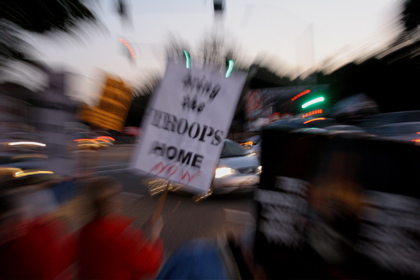 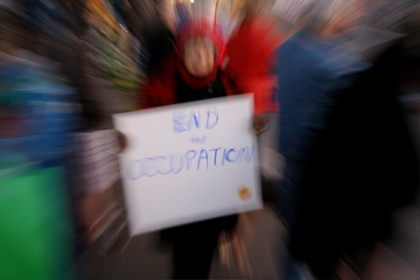 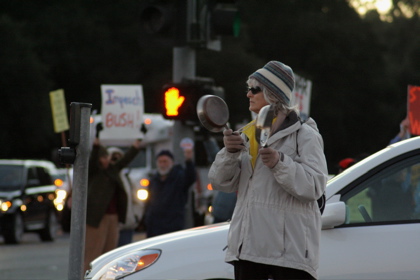