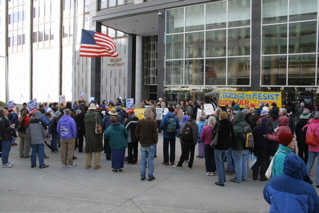 Die-In at the Federal Building

On Thursday January 4th the groups Declaration of Peace Campaign, First Unitarian Universalist Society of SF, and the Watada Support Committee sponsored a Die In at the Federal building in San Francisco.

There were several speakers including Medea Benjamin, but there was one who' words hit me sort of hard. I try to keep opinion out of news stories but what Marilyn Saner said about her son hit me hard and made me cry. She talked about how her son was injured by an IED, but when he got orders for redeployment to Iraq he didn't balk. He said, "He felt like he needed to be there to help protect and serve with his fellow soldiers." Marilyn Saner said his son would "feel guilty if he didn't go..."

Photographer comment:
I know what that is like. I served in the US Navy, and when I had the opportunity to save lives I did not hesitate. The lives I saved were strangers but they were my comrades.

Several people were arrested at that event, and it appeared that the Federal police were very gentle and did not abuse the arrestees. 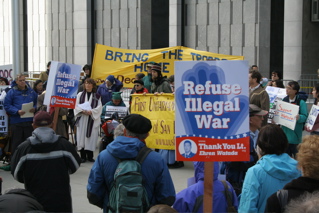 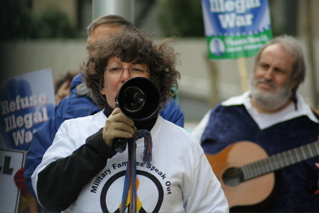 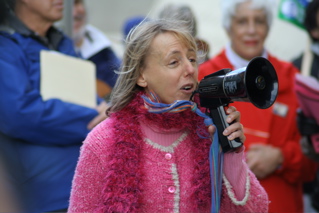 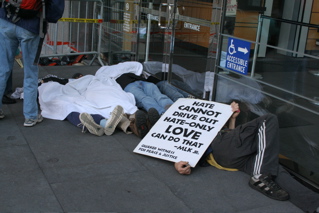 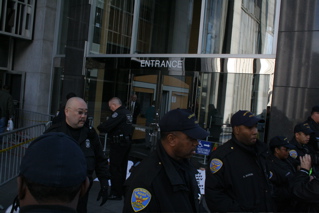 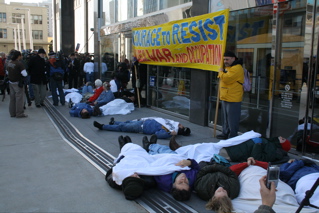 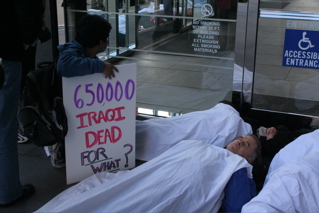 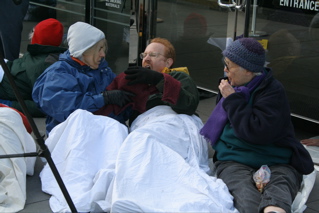