Add an Event
Newswire
Calendar
Features
Home
Donate
From the Open-Publishing Calendar
From the Open-Publishing Newswire
Indybay Feature
Publish to Newswire
Add an Event
Related Categories: California | Anti-War
Livermore to Poison San Francisco Area - On Purpose
by Bob Nichols, Project Censored Award Winner (bob.bobnichols [at] gmail.com)
Thursday Jan 4th, 2007 7:33 PM
So, tell me. Who do they want to kill? Will just anybody in the San Francisco Bay Area do? There are about 7,000,000 people who are breathing the air here right now. Soon enough the air will contain even more radioactive poison uranium gas than before. Maybe we should just tell everybody at the next Pride Parade to breathe deep, the Nuke Weapons Lab has a present for you! 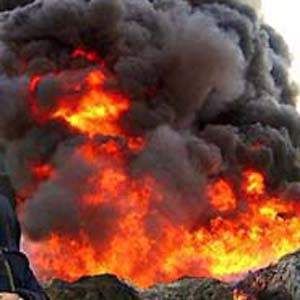 Thanks for the report of the "emotional" Tracy City Council meeting. Yea, emotional since the local Nuclear Weapons Lab at Livermore announced the periodic release of poisonous radioactive uranium gas.

It must be difficult for people who know what is going on at the Nuclear Weapons Lab to keep a straight face while the psychopaths from Livermore lie with such cheerful abandon saying the poison gas won't hurt you. Tell that to hundreds of thousands of US Troopers with Gulf War Syndrome who breathed this poison over there.

It's been well known since 1943 and the Manhattan Project that so-called "depleted" uranium is best used as radioactive poison gas and is deadly. A memo to Manhattan Project Director Gen Wesley Groves put it plainly enough for even Livermore PR flacks to understand. Depleted Uranium is good for 1) Killing people and 2) contaminating the land.

So, tell me. Who do they want to kill? Will just anybody in the San Francisco Bay Area do?

There are about 7,000,000 people who are breathing the air here right now. Soon enough the air will contain even more radioactive poison uranium gas than before. Maybe we should just tell everybody at the next Pride Parade to breathe deep, the Nuke Weapons Lab has a present for you!

What about the people who eat cottage cheese or drink milk from the soon to be contaminated cows? Should we just tell them "Go ahead and eat that cottage cheese. Your chances are good that you might not eat some tiny but deadly radioactive poison gas particles. This is what the US Military is using against the Enemy in Iraq. You will be fine."

It is pretty clear from the tritium that Livermore, like Los Alamos Nuclear Weapons Lab, is busily modeling the explosion of global thermonuclear weapons. Probably so President Bush can actually use those things in Iran. So the boys at Livermore can chalk a few more millions killed and maimed.

Mr Sarvey, do you think the Tracy City Council will grow some backbone and just say "No" to these mass murderers at the Livermore Nuclear Weapons Lab? What will the "Mayor" do since he works at Livermore?

Radioactive tritium might accompany depleted uranium in a series of large outdoor test explosions planned this year as little as a mile upwind from Tracy, Lawrence Livermore National Laboratory has conceded for the first time ....

Tritium in the blasts would be dispersed as fine particles into the air during the experiments, according to Larry Sedlacek, Deputy Associate Director of Operations in the lab's Defense and Nuclear Technologies Group.

Sedlacek said tritium could be used in tests and that it would be "aerosolized" after test blasts as he answered intense questions from Councilwoman Irene Sundberg during an emotional City Council meeting Tuesday night.

Sundberg said Wednesday that her questions to Sedlacek about tritium related directly to planned blasts up to the equivalent of 350 pounds of TNT at Site 300, but Sedlacek said he was referring generally to any test explosion.

Sedlacek would not rule out using tritium in the blasts when interviewed Wednesday, saying details of the blasts are classified.

"We have used tritium at Site 300 in the past," Sedlacek said. "It is contained in our environmental impact statement that we could potentially use small quantities in the future, but we don't have any scheduled."

A lab computer modeling manager, Gretchen Gallegos, told the Environmental Protection Agency on Dec. 19 that she modeled the effects of 350-pound blasts containing 24 pounds of depleted uranium, and found that small amounts of radiation reached the fence line. But it was below the

Radiation concentrations after explosions are relatively low compared with other radiation sources because the particles become widely spread out, according to information provided by Merchant.

Wind blows from Site 300 over Tracy nearly half the time, according to a 1994 Lawrence Livermore study, and it blows toward the San Francisco Bay area nearly 20 percent of the time.

Marylia Kelley, executive director for activist group Tri-Valley Communities Against a Radioactive Environment, reviewed the modeled dose expected to reach the fence line and said it was low, but she said it represented the result of just one out of a series of blasts.

Kelley also said the National Academy of Sciences had accepted there is no safe level of radiation exposure, with risk merely correlating to dose.

The San Joaquin Valley Air Pollution Control District issued a permit in November that would allow as many as 20 blasts per year of up to 350 pounds in addition to ongoing smaller blasts. But the district did not assess the health effects of the tritium or depleted uranium because it does not regulate radioactive materials and because it was not told the materials would be included in the blasts, a district permit manager said at Tuesday's council meeting.

Jim Swaney, permit services manager for the district's northern office, also said the district did not assess noise impacts from the proposed blasts on Tracy's residents.

Houghton said three such blasts are planned in 2007, and that two of them would be related to national security, which may simulate nuclear weapons blasts, while the third was for a Department of Homeland Security program.

No blasts larger than 100 pounds have been conducted since 1997, according to Houghton.

Councilwoman Evelyn Tolbert aggressively chastised Houghton for not telling Tracy residents about the planned blasts and for failing to call public meetings to discuss them.

Neither the air district nor the lab told the public that the permit had been requested or granted. The plans became public Dec. 8 in a Tracy Press article.

Houghton told Tolbert that the lab did not notify the public or conduct public meetings to discuss the planned blasts because no law required it.

Tolbert said the lab would have public hearings whether or not they were required if the lab was a good neighbor to the city.

Longtime lab public affairs officer Steve Wampler, who was introduced by Houghton as speaking as a private Tracy citizen although he sat with five lab colleagues throughout the night, emotionally appealed during the meeting for people to understand that health risks from depleted uranium have been proven negligible and that the lab has always been a good neighbor to Tracy.

Bob Sarvey — who stepped down as local director of Tri-Valley CAREs this week for family reasons — gruffly dismissed Wampler's claims as government spin and said depleted uranium could be responsible for Gulf War syndrome.

Local resident Kleo Pullin agreed with Tolbert that the lab should better communicate with its neighbors.

"I'd like the lab (to) present proactively as if they really care about the participation of the people of Tracy in these processes," said Pullin during the meeting. "This is what my mother, my neighbors, my parents and I spent all this time fighting for in the '70s."

Houghton said the lab planned to introduce a community newsletter and take other steps to better communicate with Tracy residents.

The district will hear appeals Feb. 7 against the permit by Sarvey and by the developers of the planned 5,500-home Tracy Hills project, which is within city limits a mile from Site 300.

Sedlacek said Tuesday that the lab set off similarly sized outdoor blasts at Site 300 in the years leading up to 1996 with two representatives from the Grupe Company of Stockton, which owned the Tracy Hills development at that time.

Noise levels that were recorded after as many as 15 blasts at various Site 300 locations between 1994 and 1996 are outlined in a 1996 appendix to a Tracy Hills environmental impact report, but neither the appendix nor Sedlacek stated the size of any of those blasts or whether they contained radiation.

Sarvey had asked the council to declare the blasts a public nuisance, but no such vote was taken.

Mayor Brent Ives recused himself from the discussion because he is one of 810 Tracy residents who work at the lab. 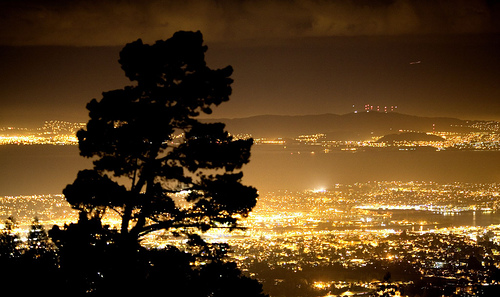 The US just uses more Livermore Nuclear Weapons Lab uranium weapons products in Baghdad. The uranium gas kills people and contaminates the land.
Add Your Comments
LATEST COMMENTS ABOUT THIS ARTICLE
Listed below are the latest comments about this post.
These comments are submitted anonymously by website visitors.