by danielsan
Day two of the Encuentro between the EZLN and International Civil Society began with a workshop on the Other Education, the schools that educate children in the Autonomous zones where the Zapatista Juntas de Buen Gobierno (Councils of Good Government) provide social services. The last cold morning (of 2006) saw a crowd of observers and participants packed into Oventic's classroom to hear representatives of the five caracoles (+/- districts) discuss their reasons for autonomous schools, their process, and the 'modest achievements' of the *other* education. 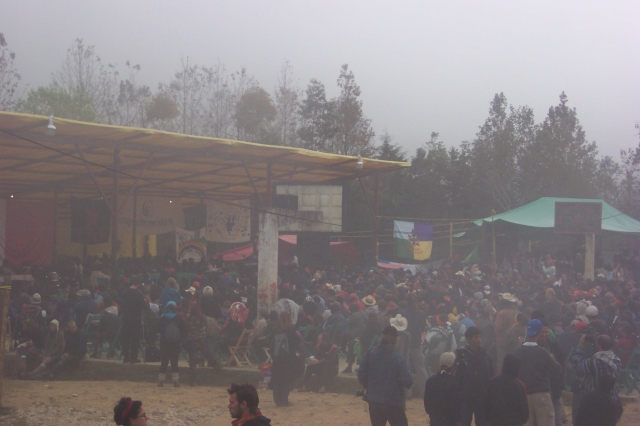 original image (2160x1440)
For one of the first times, if not the very first, the Zapatista Army of National Liberation (EZLN) spoke publicly about its clandestine schools this morning, bringing together representatives from all five caracoles (also a first) to talk about the reasons, the development, and the implementation of a completely distinct and autonomous system of schools. Education is an important issue in Mexico--a constitutional right--and Chiapas is no exception. Like in neighboring Oaxaca, where teachers have played a leading role in social movements, resources for education are slim and do not reach communities isolated by geography, culture, and poverty. Zapatistas mentioned the government schools, built and operated by the army, as places of abuse, enforced assimilation, and reinforcement of gender and cultural inequality.

Listen to the MP3 files below, in Spanish, to hear more about EZLN schools, 'autonomous schools in revolt.'
END_OF_DOCUMENT_TOKEN_TO_BE_REPLACED
§mesa 1
by danielsan 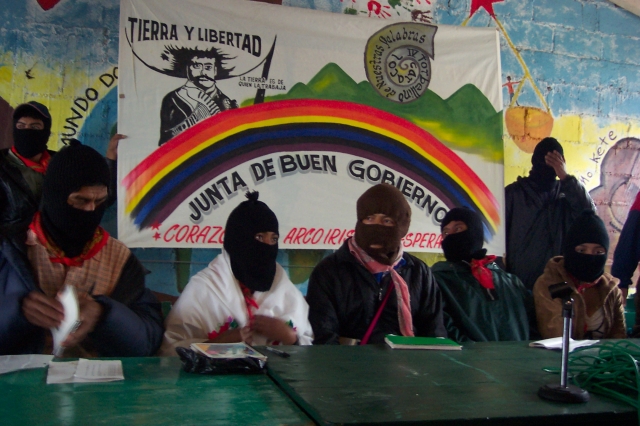 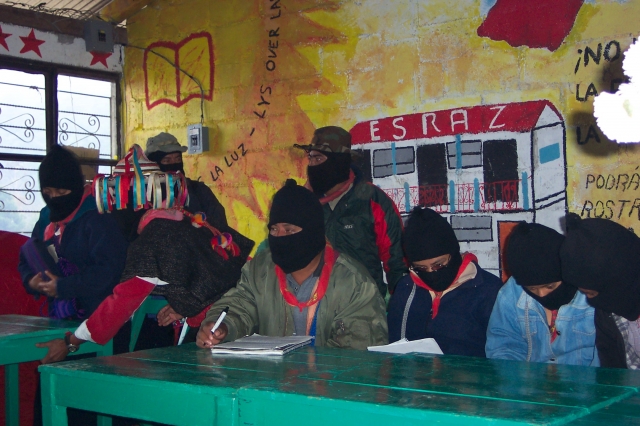 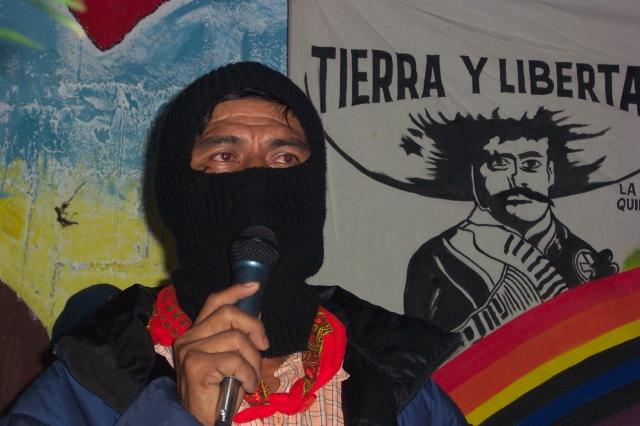 original image (2160x1440)
§intro audio
by danielsan
Listen now:
Copy the code below to embed this audio into a web page:
Download Audio (5.1MB) | Embed Audio
The speaker above inaugurated the workshop by welcoming the assembled crowd and by explaining that in creating Zapatista schools, the community had reclaimed its own education, had taken schools out of the hands of the government and put them in the hands of the people.
§cifras fotos
by danielsan 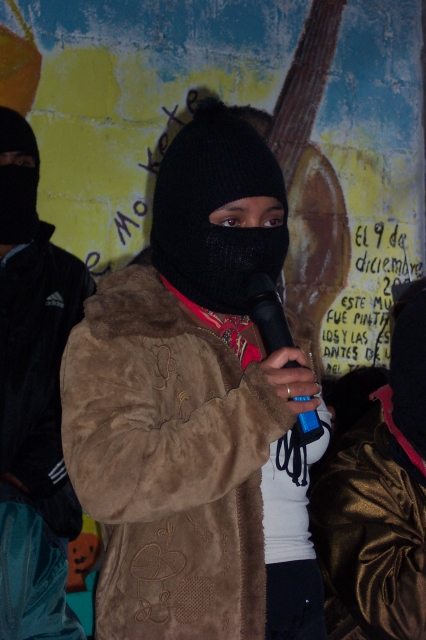 original image (1440x2160)
§cifras audio
by danielsan
Listen now:
Copy the code below to embed this audio into a web page:
Download Audio (3.3MB) | Embed Audio
This representative from Caracol 1 (La Realidad), gave statistics from the area demonstrating the greater retention of female students in EZLN schools, and spoke of the expansion of the Zapatista education system.
§jesus foto
by danielsan 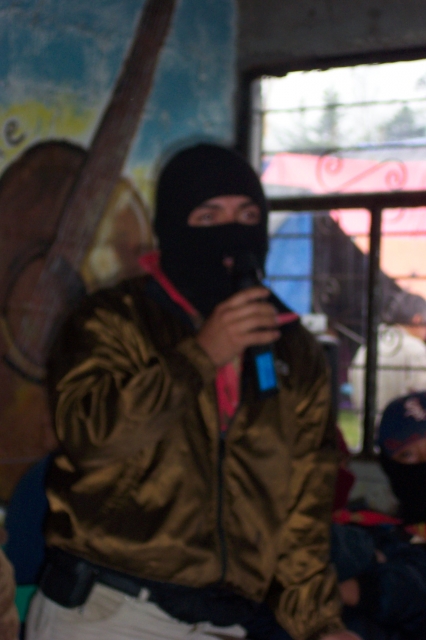 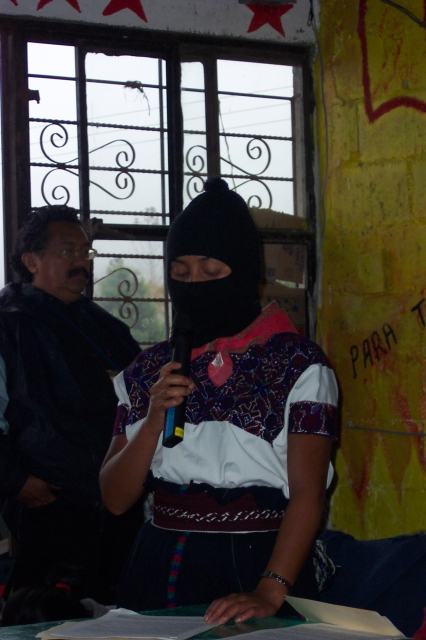 For gender equality, for the survival and propagation of native languages, for the right to tell their own stories, for the preservation and safeguarding of indigenous culture, for freedom from military control,...

Desde Oventic...
Add Your Comments
Support Independent Media
We are 100% volunteer and depend on your participation to sustain our efforts!