Add an Event
Newswire
Calendar
Features
Home
Donate
From the Open-Publishing Calendar
From the Open-Publishing Newswire
Indybay Feature
Publish to Newswire
Add an Event
Related Categories: Americas | Central Valley | Global Justice & Anti-Capitalism | Immigrant Rights
National and International journey for justice in Oaxaca
by Mike Rhodes
Friday Dec 22nd, 2006 3:11 PM
Below are photos and a press release from a march, rally, and press conference which was organized by Frente Indigena Oaxaqueño (FIOB) in Fresno to demand justice in Oaxaca. These events were part of nationwide protests held on this day to demand the release of political prisoners, the end of torture, and the immediate resignation of Governor Ulises Ruiz Ortiz. 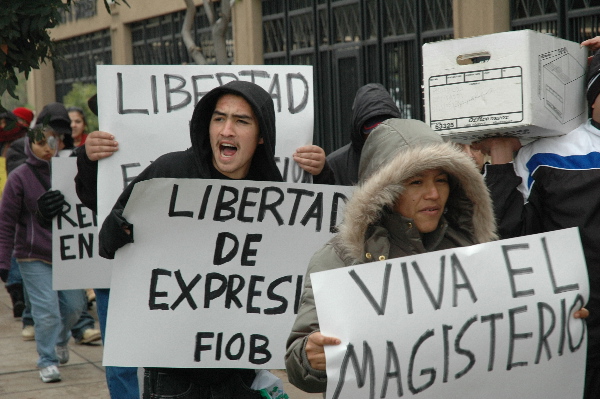 National and International journey for justice in Oaxaca¡

350 political prisoners, 370 people injured and 24 deaths are the results of the struggle that the Oaxacan communities are holding since May 24, 2006 against the current governor Ulises Ruiz Ortiz.  The governor has violated citizens’ rights by using extreme forces and paramilitaries to repress the popular manifestations of people whose only demand has been for the local government to solve the social problems and stopped the selective crimes against social leaders.

Since the beginning of the conflict the Frente Indígena de Organizaciones Binacionales (FIOB) has been condemning through every means these abuses and tomorrow we will join the national and international journey for justice in Oaxaca that has been convoked by the Asamblea Popular de los Pueblos de Oaxaca (APPO) of which we are member of. We will have a press conference at the Mexican Consulate after a march that will start from the Fresno City Council.

Our demands are the following:

q       Immediate resignation of Governor Ulises Ruiz Ortiz, because he has been the main responsible of the injustices that occurred in our state and because he has not shown capacity to govern in a democratic manner.

q       Freedom for all political prisoners.

q       End of the tortures against political prisoners.

q       End the persecution and repression of the social leaders.

q       Immediate withdraw of the federal forces out of Oaxaca.

q       Stop the indiscriminate detention and assassination of social leaders.

“For respect to the rights of the indigenous people” 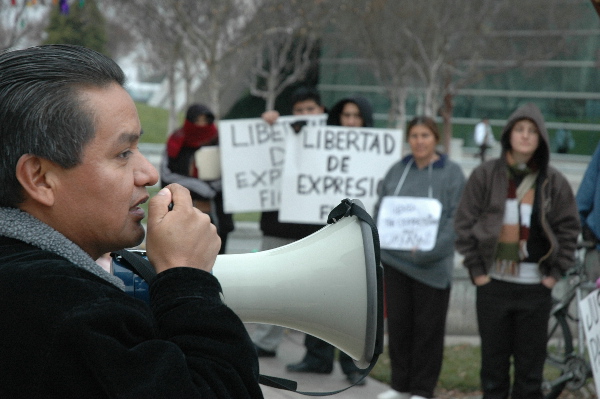 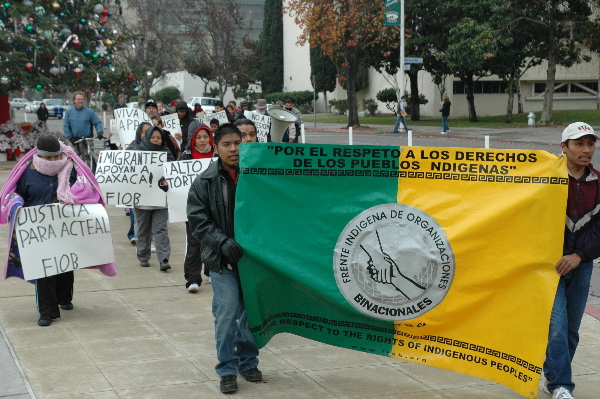 The banner in the front says “For the Respect and Rights of Indigenous People”
§At the Mexican Consulate in Fresno
by Mike Rhodes Friday Dec 22nd, 2006 3:11 PM 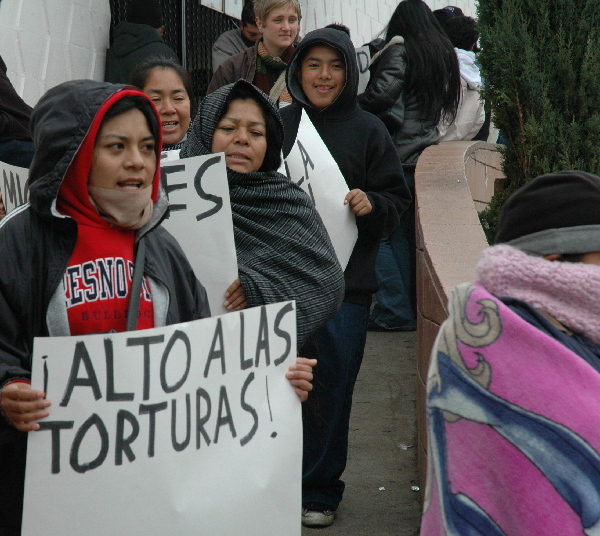 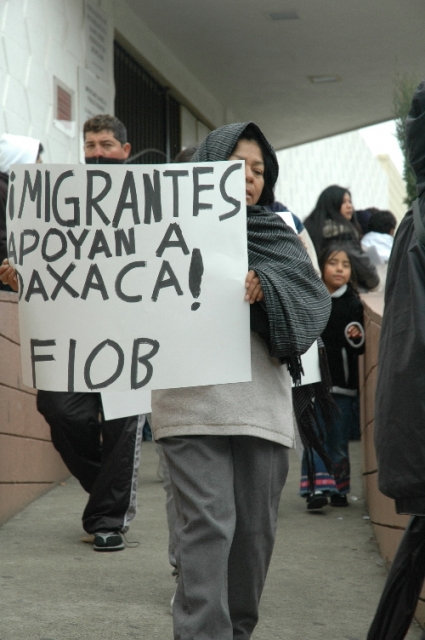 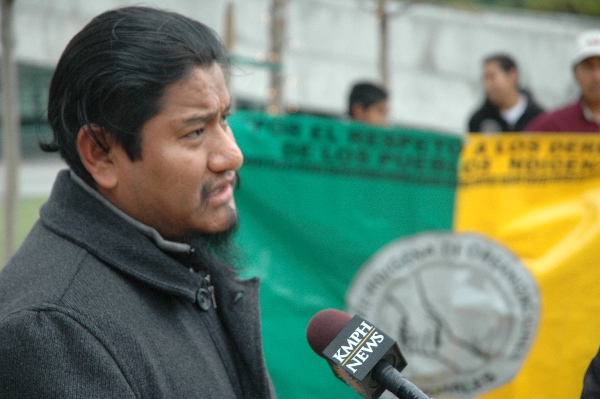 Leoncio Vásquez Santos speaking to KMPH (Fox News). All photos by Mike Rhodes
Add Your Comments
Support Independent Media
We are 100% volunteer and depend on your participation to sustain our efforts!