Add an Event
Newswire
Calendar
Features
Home
Donate
From the Open-Publishing Calendar
From the Open-Publishing Newswire
Indybay Feature
Related Categories: San Francisco | Anti-War
Iraq War Troops Rally Support for GI Rights and Resistance
by Jeff Paterson, Courage to Resist (jeff [at] paterson.net)
Tuesday Dec 12th, 2006 1:48 PM
SAN FRANCISCO (Dec 9, 2006) - Over a hundred military veterans, military family members, and supporters join Iraq War-era veterans in San Francisco to support “GI rights and resistance” to an unjust, endless war. The event, organized by Courage to Resist, with the support of Iraq Veterans Against the War, Veterans for Peace, and many other groups, was only one of dozens of similiar events across the country this weekend to gather support for military objectors. 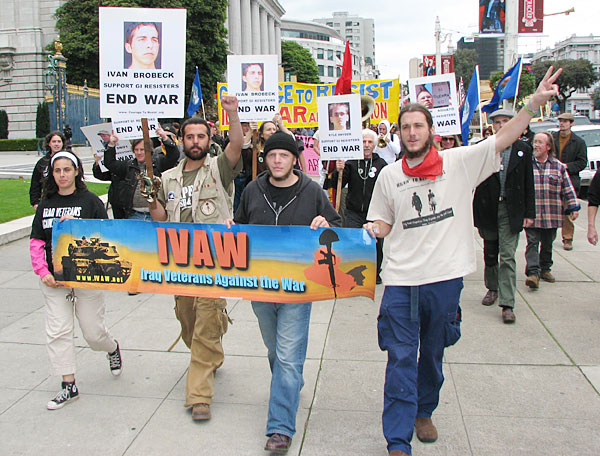 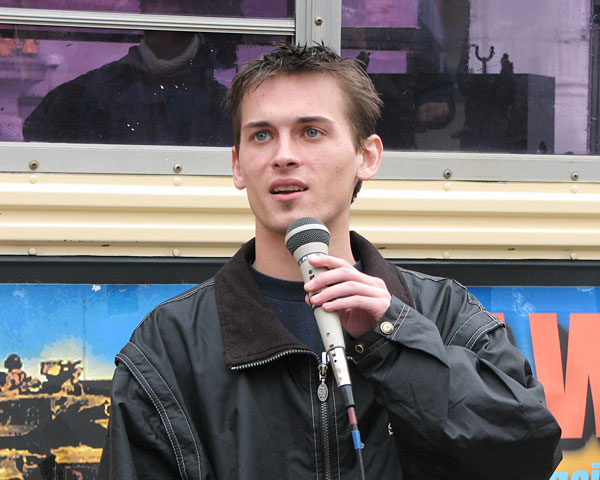 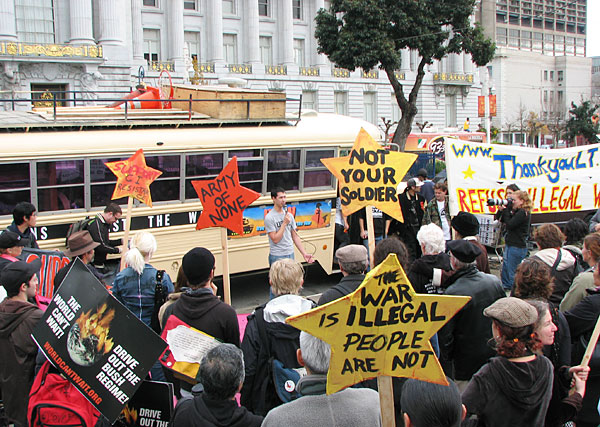 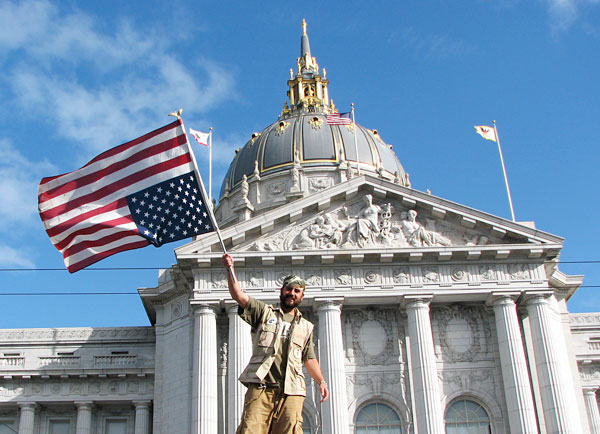 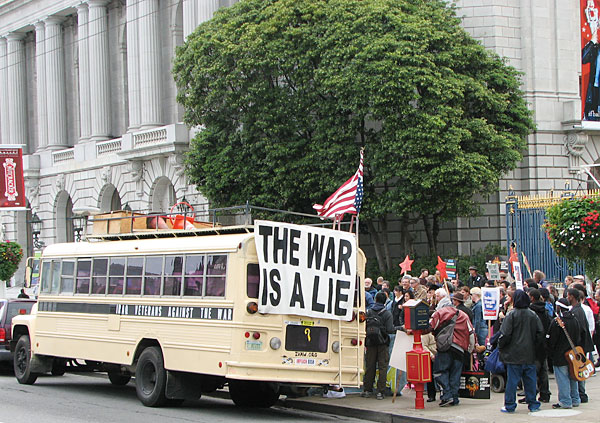 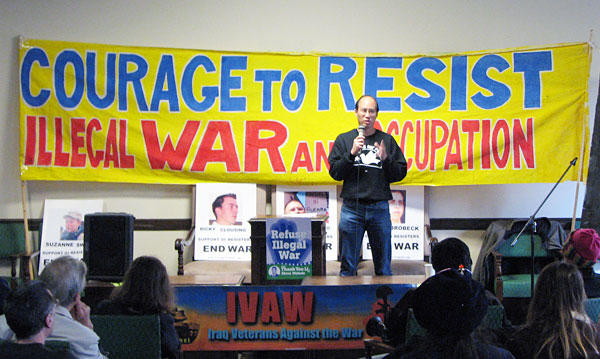 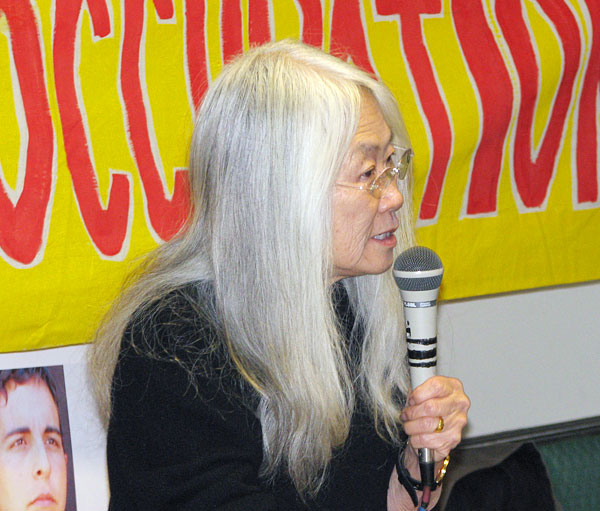 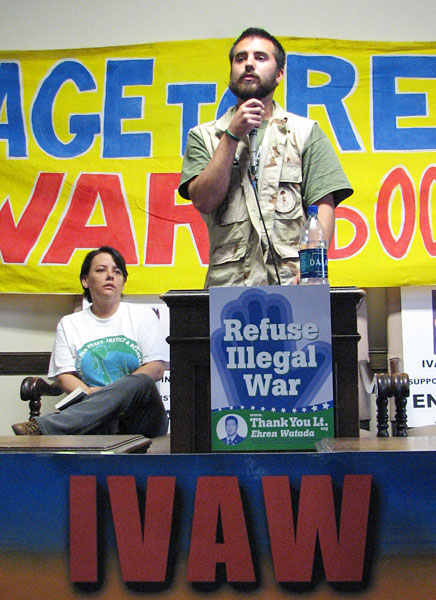 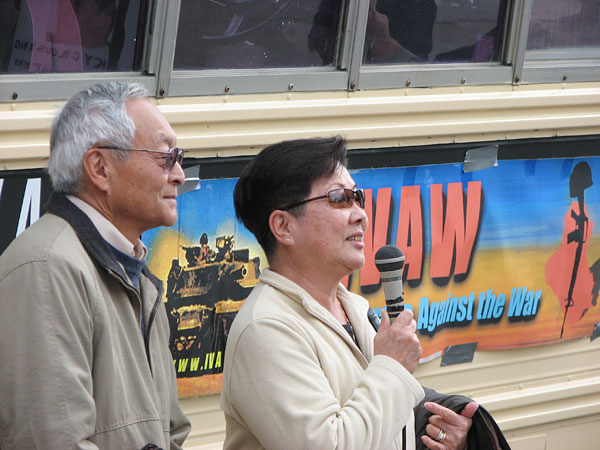 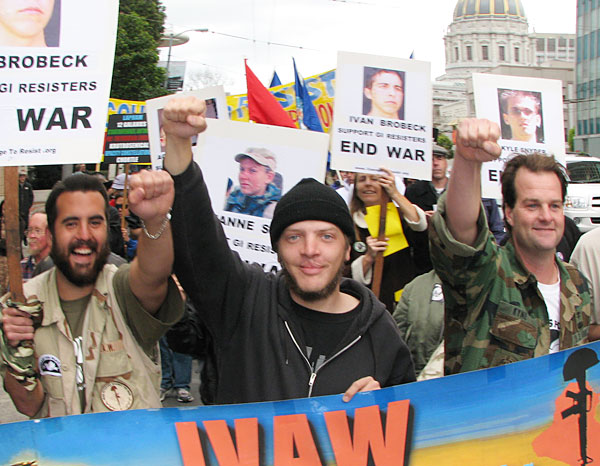 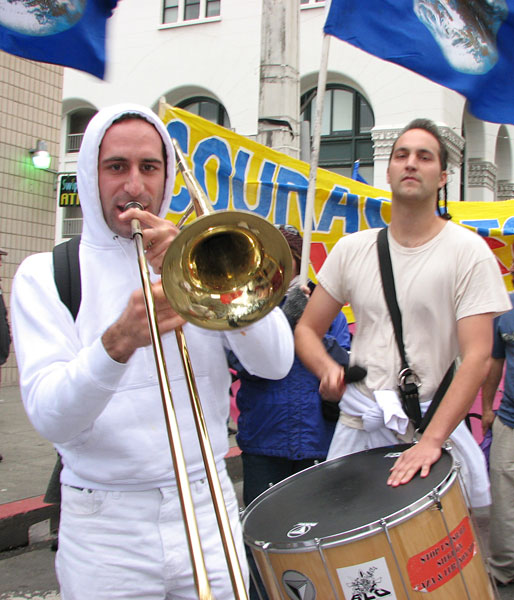 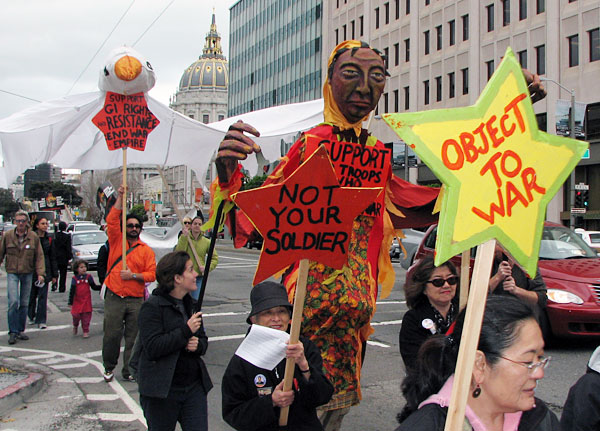 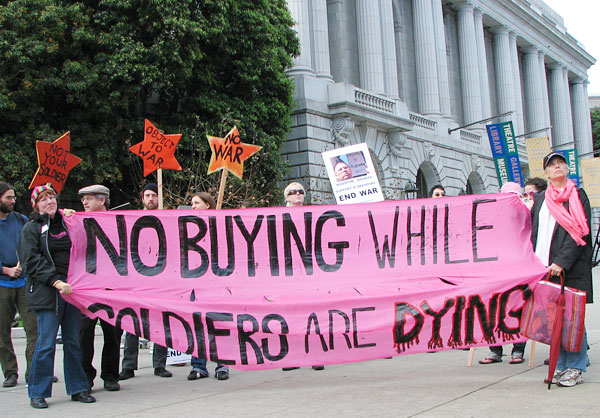 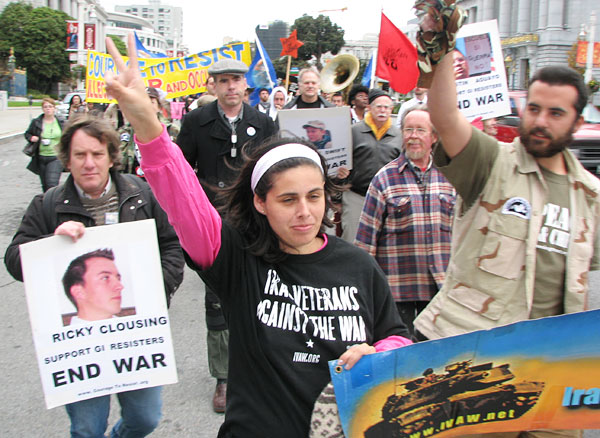 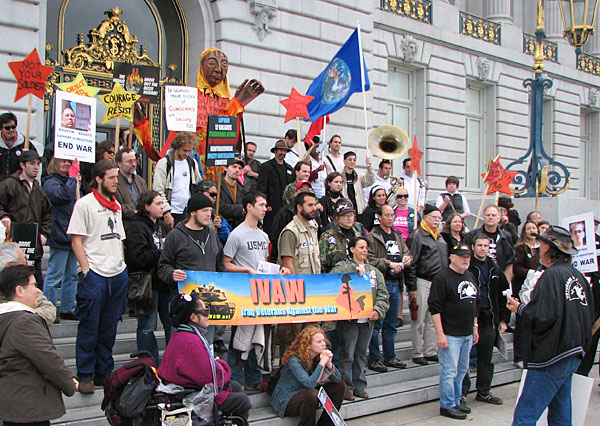