Add an Event
Newswire
Calendar
Features
Home
Donate
From the Open-Publishing Calendar
From the Open-Publishing Newswire
Indybay Feature
Publish to Newswire
Add an Event
Related Categories: Central Valley | Health, Housing & Public Services
Homeless Case Heard in Fresno Federal Court
by Mike Rhodes (MikeRhodes [at] Comcast.net)
Saturday Nov 18th, 2006 6:17 PM
This is a report on day 2 & 3 of the hearing in Fresno to get a preliminary injunction to stop the City of Fresno from taking and immediately destroying homeless peoples property. 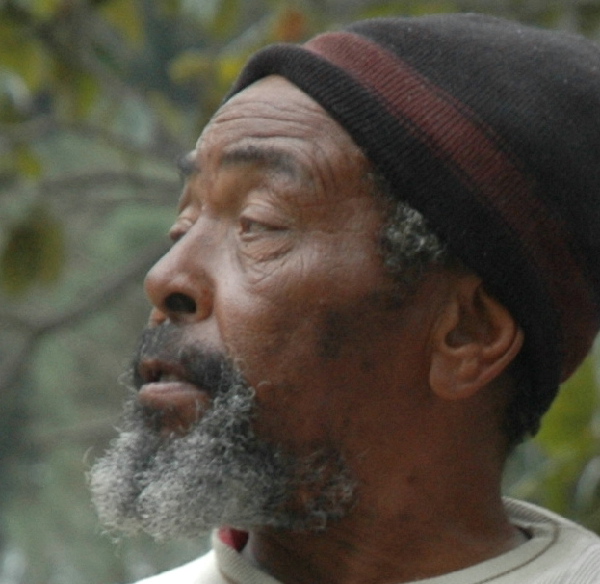 Larry Arce, the CEO of the Rescue Mission (a homeless shelter in downtown Fresno), was called yesterday as a witness in support of the city’s policy. Arce said that his agency does the same thing. “We clean the street in front of the Rescue Mission every day and throw everything away that is left behind.” When asked if they would throw someone’s property away if they had left it in a cart in front of the mission while they got a warm meal, he said “if someone leaves their property in front of the Fresno Rescue Mission, they have no sense.” Arce said they have thrown many shopping carts full of homeless peoples possessions away over the last several years.

The testimony by the homeless tells a different story. Sandra Thomas says she had her property destroyed on June 22, 2006 after being told it would be safe by officer Rey Wallace. Thomas said she moved her four shopping carts from the West side of E street to the East side because of an impending raid. The custom and practice of the FPD had been that they would direct the sanitation department to move down the strip of land on the West side of the street and the homeless people would take whatever possessions they could to the East side of the street and then return when the sweep was over. Thomas asked the home owner and officer Wallace if she could safely leave her carts on the public sidewalk in front of a house. She was promised that her carts would be safe. She then left for a short time to take a shower at the Poverello House. When she returned, all but one of her carts were gone, crushed in the back of a garbage truck. Dramatic video of the incident was shown in the courtroom. The video showed Thomas’s cart being picked up by sanitation workers and tossed into the garbage truck. Thomas cried as she told the court about what was in the carts. “I lost my ID, my grandmother’s diamond wedding ring, Social Security paperwork, clothes, and blankets,” Thomas said. Afterwards, “I had no place to sleep, no blankets, and I caught pneumonia. To see pictures of the June 22 attack, go to: http://www.indybay.org/newsitems/2006/06/22/18281976.php .


Doug Deatherage was also affected by the June 22 attack on the homeless. Deatherage says he was told on the day of the attack that it would take place. He and his fiancee, Pamela Streeter, gathered all they could and took it to the East side of the street. Deatherage went to the grocery store while Pamela stayed with their possessions. When he got back, Pamela was crying and everything was gone. “We lost shoes, clothes, my antique stamp collection, letters and photos from my family, and worst of all, Pamela had an urn with her granddaughters ashes. We lost everything.” Deatherage said the city sanitation workers took their property over Pamela’s protest.

One interesting aspect to the court proceedings was it showed the practice of destroying homeless peoples property is something not limited to the downtown area. Jeanie Nelson testified that she was homeless and living at a church near Millbrook and Shields avenue (North Central Fresno). Nelson said she had made arrangements with the church, which she attends, to stay on the property. “At 8 AM in June or July of this year and officer told me to get up and move to the canal bank (near the church),” Nelson testified. “I was told to shut up and sit down on the canal bank.” Nelson said that she had met the officer before. “The officer said ‘didn’t I tell you that I never wanted to see you again?’” Nelson said she tried to show him a paper showing she had the church’s approval to be on the property but he would not look at it. Nelson said “ he then pushed my shopping cart into the canal.” She lost her medicine, birth certificate, clothing, and bedding. The loss of her medicine resulted in a trip to the emergency room. She said the officer threatened to come back and give the church a citation for allowing a homeless person to stay there.

Alphonso Williams (see photo above) lives near Roeding Park, a couple miles North of the downtown area. While living there he says he has seen the FPD destroy homeless peoples property 7 or 8 times. He has had his property destroyed several times. The first time it happened, two FPD officers told him he had one hour to move. Williams managed to find a friend with a truck and they loaded it with everything he and his wife owned. Before they got a block, the police pulled them over and said the truck was going to be towed. “We were told to take our stuff out of the truck and put it on the sidewalk,” Williams said. He went to find other transportation and when he returned 30-45 minutes later, what he saw was a garbage truck driving away. “The officer told us we were too late. The took my wife’s wheelchair, her medicines, and our wedding pictures,” Williams said.

The next time Williams lost his property was when he was living on a lot, next to the old Harley Davidson store on Olive avenue. Williams said “we had the owners permission. We kept the place clean and everything was fine. I went to get a cup of coffee at McDonald’s and my wife came up and told me that city workers and the police were there and going to destroy our property.” Williams said that the shopping cart with his property was even on private land and that the person in the house had given him permission. That did not matter to the FPD who directed the sanitation department to destroy it. When Williams protested, the FPD pulled their tasers and threatened to shoot him.

Pam Kincaid (see http://www.indybay.org/newsitems/2006/10/25/18323305.php ) said she has been homeless for 6 years. “They have taken my things six or seven times. They don’t give you any notice,” Kincaid said. She has had craft tools, tents, clothing, and been left with just the clothes on her back. “It is devastating when this happens. It is like being raped,” Kincaid said.

Jim Betts, attorney for the City of Fresno, called FPD captain Greg Garner to the stand. Garner said they always notify the homeless in writing and orally before a “clean up” is about to occur. Garner has never seen an instance when someone who was present or near by has had their property destroyed if they are present or near by. Garner said “we do not have a policy to deprive homeless people of their property or move them out of downtown. We respond to complaints. We have never cleaned up an area without a complaint from the property owner.” Standing order 3.8.12 was entered into evidence. This code is the protocol for how the FPD handles property. The procedure for what to do with found property, such as bicycles and shopping carts, does not call for their immediate destruction. Found or abandoned property is cataloged and stored for a period of time so the owner can reclaim it. Garner did not have a compelling explanation to explain the exception when dealing with poor or homeless peoples property. He repeatedly called homeless peoples property abandoned debris. Even when shown a picture of a nice bicycle being thrown into a garbage truck and crushed, he stuck with his story. Judge Wagner shook his head.

Garner claimed an October 8 raid when the FPD took numerous shopping carts from an encampment near H street (see http://www.indybay.org/newsitems/2006/10/11/18319764.php ) was within the law because of the new City of Fresno shopping cart ordinance ( see http://www.indybay.org/newsitems/2006/09/19/18312750.php ). When it was brought to his attention that the shopping cart ordinance was not effective until October 27, Garner became defensive and claimed he had the right to do it anyway.

Philip Wethers, with the City of Fresno Sanitation Department, said he co-ordinates the “clean ups” with FPD officer Rey Wallace. Wethers said that his department is entirely dependent on the FPD to determine when and where to go. Wethers said that his crews were not trained to collect and store homeless peoples property. According to Wethers, everything that the FPD tells them to clean up is abandoned debris and it is all destroyed. Asked under cross examination if he has ever found out what the effect is to the people whose property he destroys, Wethers looked confused. After the question was asked several times, with the same response, Wethers testimony was over.

Fresno City manager Andrew Souza was the last person on the stand Friday. Souza said the city conducts these “clean ups” because of complaints from the public. He said they receive complaints in many different city departments and they need to respond. Souza said he considers city policy to be fair because they have notified the homeless that they are coming and the debris left behind is abandoned. However, he said that because of the current controversy, “my recommendation to the mayor is that we do not do any more sweeps.” Souza said that the city has looked into the cost of storing homeless peoples property, rather than destroying it, but there are significant problems with a policy that included those elements. Souza said it would cost $50,000 to train sanitation workers in the procedures. In addition, Souza has concerns about liability issues that could result if somebody claimed property (taken and stored by the city) that was not theirs.

To summarize - The city’s position is that they should be allowed to keep the streets of Fresno clean. They argue that because they notify the homeless of the clean ups, both with a written notice and orally, that they have been warned. Homeless peoples property will not be destroyed if they are in possession of it or nearby. Anything left behind is debris and will be destroyed.

The position of the homeless and their advocates is that the city does not have the right to declare their possessions debris, take, and immediately destroy it. Homeless peoples property, if taken, should be stored so it can be reclaimed by the owner. Because there is not adequate shelter for the homeless in this community, the raids should cease and a more humane policy adopted.

The hearing will continue on Wednesday, November 22 at 9 AM. This will be at the Federal Courthouse, 2500 Tulare Street, 7th floor. The judges ruling on issuing a preliminary injunction is expected by 12 Noon.
http://www.fresnoalliance.com/home
Add Your Comments
Support Independent Media
We are 100% volunteer and depend on your participation to sustain our efforts!