Add an Event
Newswire
Calendar
Features
Home
Donate
From the Open-Publishing Calendar
From the Open-Publishing Newswire
Indybay Feature
Publish to Newswire
Add an Event
Related Categories: International | Fault Lines
Shaking Uncontrollably: The Pendulum Swings Slightly Left
by Liam O'Donoghue (shakinguncontrollably [at] gmail.com)
Saturday Nov 11th, 2006 5:35 PM
Next week Arabic TV station al-Jazeera is launching a global, English language news channel. The new worldwide network plans to reach 40 million homes throughout Europe, Africa and Southeast Asia. Unfortunately, al-Jazeera (whose Qatar-based headquarters George Bush once threatened to bomb) is having a tough time breaking into the US market. Advertisers are squeamish and a recent poll found 53% of Americans opposed the launch of the channel and two-thirds of Americans thought the US government should block its entry into the “home of the free.” 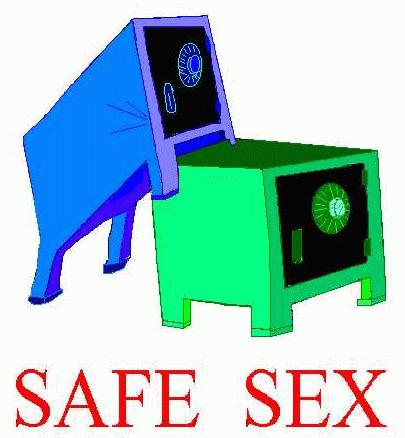 Meanwhile, half the country is celebrating Rumsfeld’s resignation and the Democrats’ victory as if this shakeup is going to solve all our foreign relations problems. I try not to get too preachy in Shaking Uncontrollably, but I don’t think the US’ relationship with the Middle East is ever going to get better until this nation truly understands why so many Muslims hate the US, no matter who gets elected. As long as the only Muslims we see on TV are presented as “Islamo-fascist” terrorists or politicians, animosity, confusion and anger will only fester. Maybe the US should give these people who our government keeps bombing a voice, instead of simply accepting that “they hate our freedom.”

OK. Now that I got that out of the way, it’s time to make fun of stuff:

But Will He Tattoo His Stomach Like Tupac? A gubernatorial candidate in Idaho is so insanely opposed to abortion that he legally changed his name from Marvin Richardson to Pro-Life. “My wife, she's not into calling me Pro-Life yet," Mr. Life said. He added, "My name being Pro-Life on the ballot will save a number of babies by the time I die.” In response, his extremely embarrassed son in changing his name to “I Wish I Was Aborted.”

United Prudes of America: Although the federal government has been pushing abstinence-only programs for teens instead of focusing on birth control and safe sex for years, now they’re expanding the efforts to include unmarried adults up to the age of 29. Under revise federal grant guidelines, the anti-sex programs will receive millions in 2007, despite the fact that well over 90% of people between 20 and 29 get it on. This is ridiculous: Congress telling people not to have sex is like Bill O’Reilly telling people not to be loudmouth pricks.

Silver Medal for Bush in Reverse-Popularity Contest: An international poll conducted by leading newspapers in Britain, Canada, Mexico and Israel found that popular opinion holds George Bush as a greater danger to world peace than North Korea’s Kim Jong-il or Iranian President Mahmoud Ahmadinejad. Even in the UK, he’s seen as only slightly less threatening that Osama bin Laden (87% see Osama as a great or moderate danger vs. 75% for Bush.) In response, Bush has declared that anything Osama can do, he can do better, so he’s decided to wear different color contact lens (like Marylin Manson) just to freak people out.

Workplace Warriors: In an article on workplace bullying in the journal Management Communication Quarterly, bullied employees likened their experiences to a battle, water torture, a nightmare or a noxious substance. Hmm… sounds like the researchers interviewed mostly government employees.

Virtual Border Patrol: Cameras set up along the Mexico-Texas border are now broadcasting live to the website Texas Border Watch to enlist citizens in the war against illegal immigrants. Some cameras are even monitoring south Texas highway rest stops. Texans are being encouraged to email local law enforceement regarding “anything out of the norm.” Um. Considering that they set up cameras at places that supposedly have high traffic of illegal immigrants, seeing an illegal immigrant would not be “out of the norm.” Therefore, Texas Border Watch is stupid.

Crystal Methodist: Another mega-church preacher has come to Pastor Ted Haggard’s defense following the latter’s firing from Colorado Springs’ New Life Church for an alleged 3-year meth-fueled affair with a gay prostitute. Seattle’s Pastor Mark Driscoll posted on his blog the following warning to pastors’ wives to encourage them to help their men resist temptation: "It is not uncommon to meet pastors' wives who really let themselves go; they sometimes feel that because their husband is a pastor, he is therefore trapped into fidelity, which gives them cause for laziness. A wife who lets herself go and is not sexually available to her husband is not responsible for her husband's sin, but she may not be helping him either." That’s fucked up . . . somebody needs to tell this sexist cretin to take a vow of silence.

First the Boom, Then the “Boom Boom”: In response to North Korea’s nuclear tests last month, many South Koreans started fucking their brains out. Bookings at Korea's pay-by-the-hour "love motels" jumped dramatically and stores throughout the country also report that condom sales skyrocketed in the week following the blast. It was not reported how many men tried used the threat of an impending nuclear holocaust as an excuse not to wear a condom.

At Least We’ll Still Have Hot Dogs: Another environmental bombshell exploded thoughout the global media last week when a report predicting a major collapse in all marine life by 2048. Instead of lamenting this potential oceanic holocaust, most headlines ironically framed the issue a real bummer for people who like to eat fish. Here are a few of my favorites: “2048: Your Last Morsel of Seafood”(Calcutta Telegraph), “Fish May Become a Rare Delicacy by 2048” (Independent Online), “Seafood Supplies Facing Wipe-Out” (Melbourne Herald Sun) and “Get Your Fish'n'Chips Now.” I really love this last one; in other words “Fish are going extinct so eat them as fast as you can!” However, as an Irish descendent, the implication that potatoes are going down with the fish is really just too much too much to handle.