by Barucha Calamity Peller (macheteyamor [at] gmail.com)
Photos for the Women's March in Oaxaca

10,000 women marched from the outskirts of Oaxaca to the central square today, carrying flowers and wearing black in honor of all who have been murdered and disappeared. After reaching and marching around the zocalo where the Federal Police (PFP) have been stationed for a week, the women threw flowers and screamed "Asesinos" at riot squad police. As old women were crying from emotion police fired from their water cannons and APPO supporters took aim at the PFP with their slingshots from roofs within police lines. 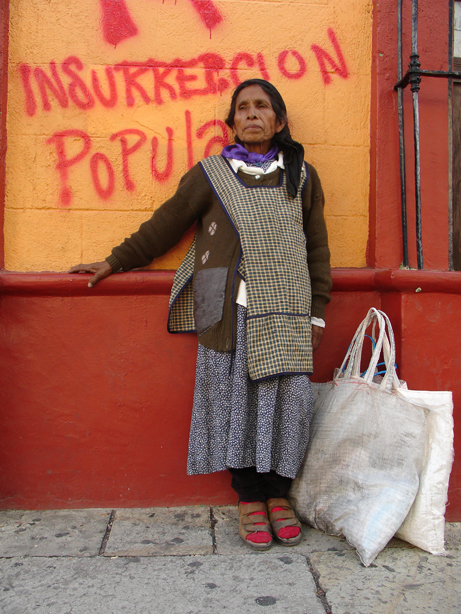 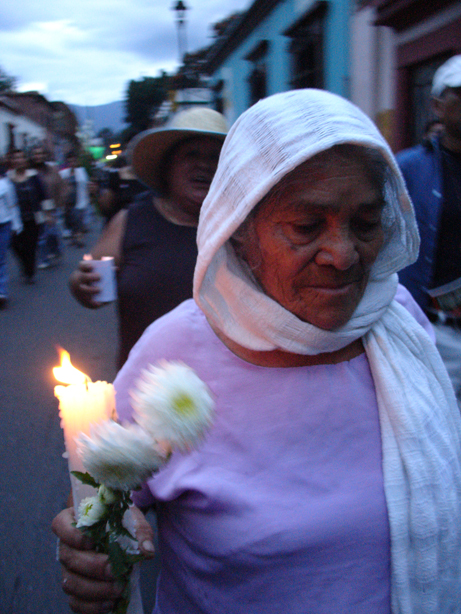 §Woman in front of PFP
by Barucha Calamity Peller 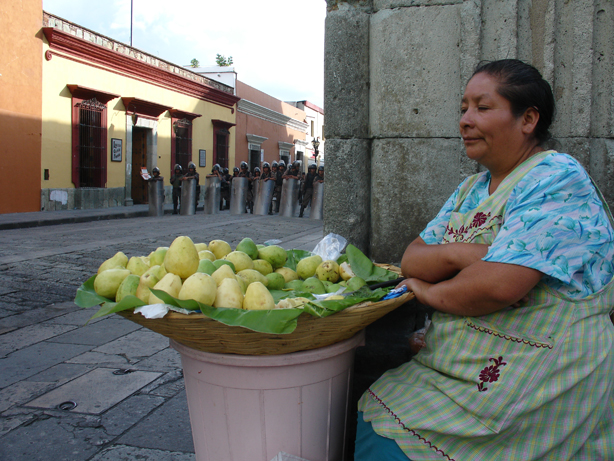 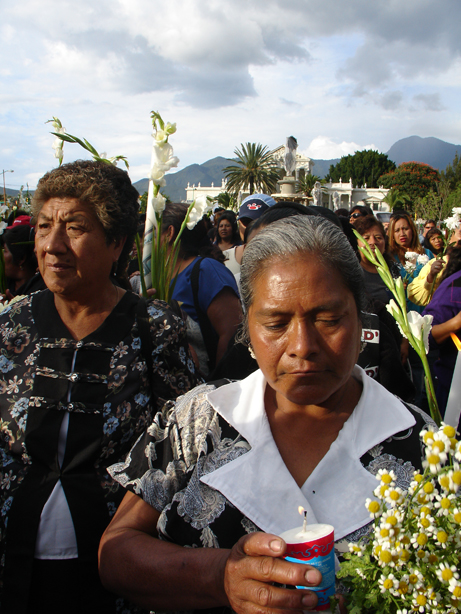 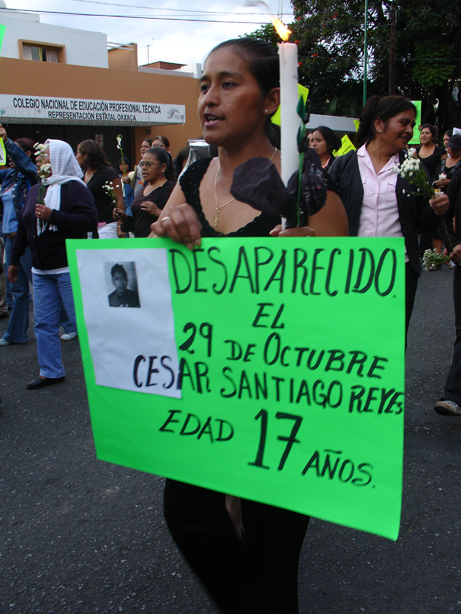 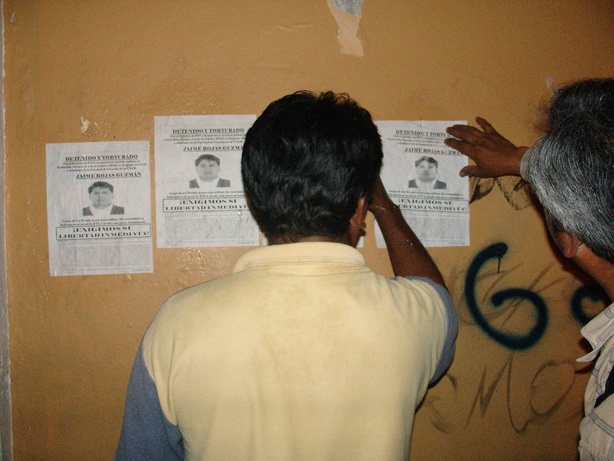