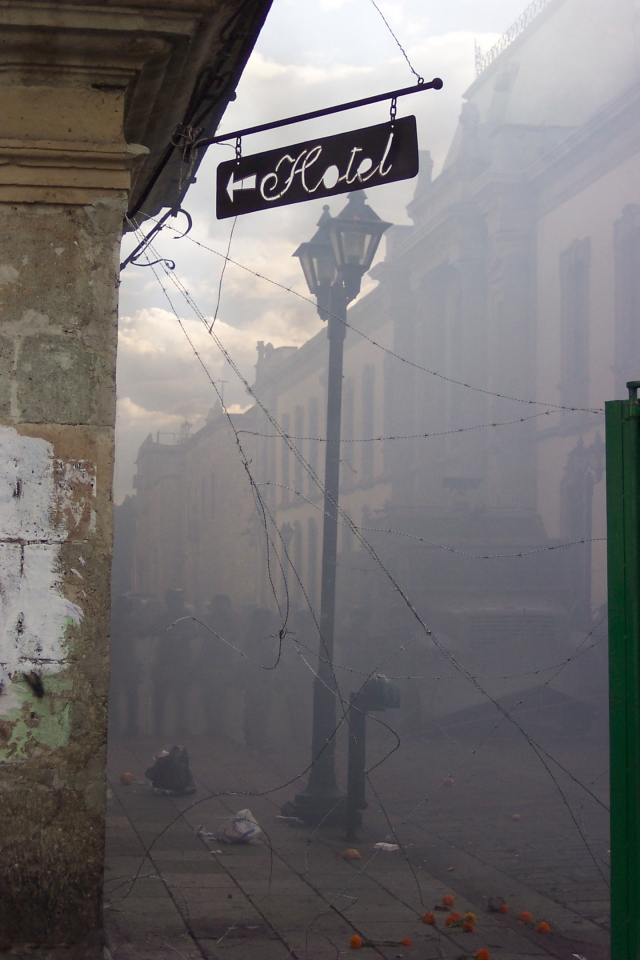 original image (1440x2160)
Another day passes in Oaxaca City. Another day without Radio Universidad... it´s not that it was raided by the PFP and taken off the air--people rose up and defended the station and the University campus to prevent just that on Thursday. But since the weekend the signal has been overpowered by THE SAME SONG. It´s only a couple of minutes long, instrumental, and frenetic. It sounds like bag-pipe rock. Everyone checks every hour or so to see if they can get the signal for Radio Universidad, so everyone catches themselves humming or whistling it. It´s maddening. The Radio keeps broadcasting, but even on campus right underneath the antenna you hear ´la cancion.´ They failed to raid the station, but they´ve done better--they´ve made the frequency 1400 AM a constant headache. They shot a student a couple mornings ago. Hey fell asleep on watch at the front gate of the University. He's still in the hospital, I guess. Looks like he´ll pull through.

A couple other quick observations, that haven't seemed relevant to other posts. People here are fiercely aware of the lies perpetrated by TV News. If nothing else, the media here have alienated their viewers to the point where a TV Azteca crew was chanted out of the 'New Zócalo' the other day, to the sound of 'Fuera! Fuera!'

Scented Maxi Pads apparently help protect you though their powers of absorbtion, even on tear gas. I never thought I'd see men covering their faces with Maxi Pads, but when the tear gas falls...

It's interesting to watch resources get reappropriated. The Radio station needs water. A water truck arrives. People need soda (another cure for teargas: Coca Cola) and vinegar. Cases and cases appear. People are hungry. Food is delivered. A lot of it is donated. I've helped more than a few older women carry huge pots of food to barricades. I´ve heard stories of tremendous generosity on the part of neighbors, strangers. A lot of it is reappropriated. Trucks are comandeered for barricades, their booty distributed to weary marchers and teachers without pay for months.

The walls are being painted over almost as fast as they are again covered with slogans and calls for the ouster of URO. Yesterday I saw one that said 'We´ll stop painting when URO leaves.' I saw one that said 'If you paint over the messages we´ll burn the curtains.' Amazing stencil art is painted over one day and replaced the next. The worst part is that the repainted walls are UGLY! Beautifully colored walls, with slogans and tags and stencils painted over by crude swabs of whitewash... the images below are of a wide variety. Thanks for reading and scrolling down.

On my way here I stopped to eat at an empty restaurant; before the food arrived thousands of women had passed by, marching from the Fountain of the Seven Regions to the city center carrying candles and flowers and signs with pictures of disappeared loved ones. It began to rain just as they passed...
http://www.flickr.com/photos/revolucionoaxaca
§arbol ddmuertos
by danielsan Tuesday Nov 7th, 2006 6:48 PM 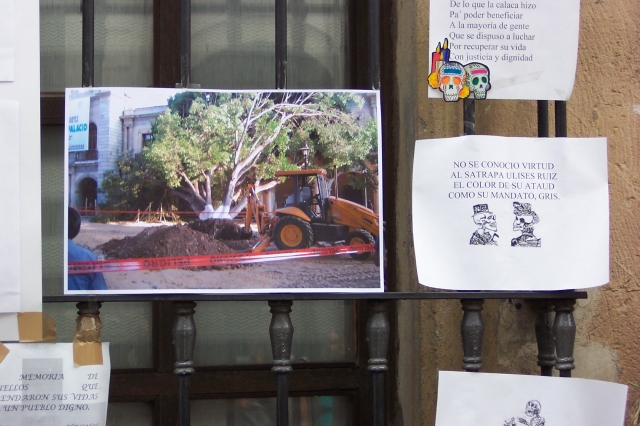 original image (2160x1440)
This tree was ripped out of the Zócalo by Ulisses as part of his public works. People have not forgiven him, and the tree ended up on several Dia de los Muertos altars.
§desaparacida
by danielsan Tuesday Nov 7th, 2006 6:48 PM 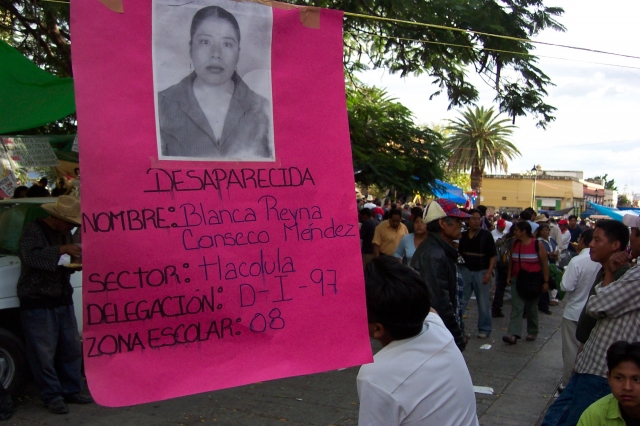 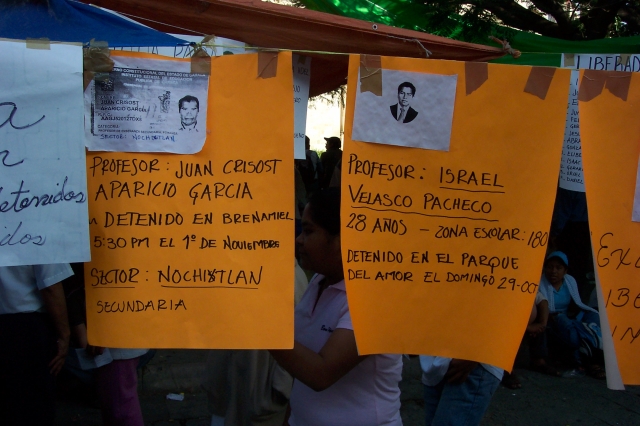 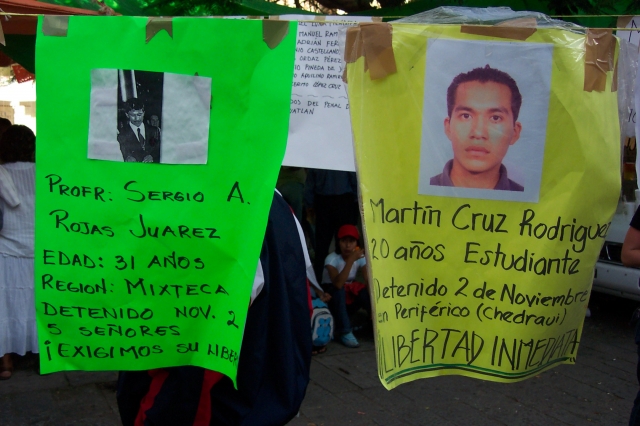 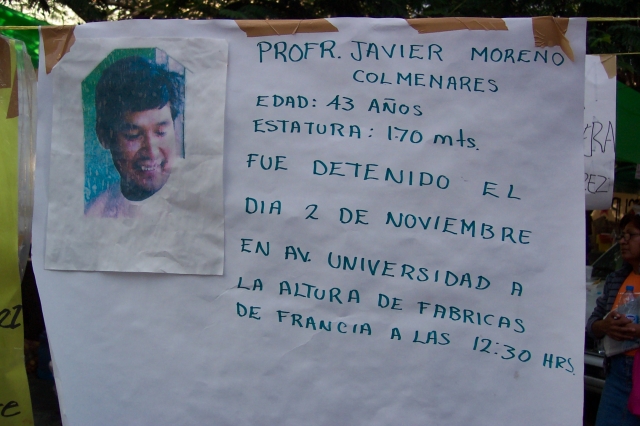 original image (2160x1440)
People are being rounded up & dissident teachers are being disappeared. Paramilitaries, porros, the PFP, local police, Ulises' thugs,... they've used vans marked 'press' to kidnap organizers. A new organization has formed specifically to document and search for those who have been arrested, secuestered, and simply kidnapped.
§dumpster humo
by danielsan Tuesday Nov 7th, 2006 6:48 PM 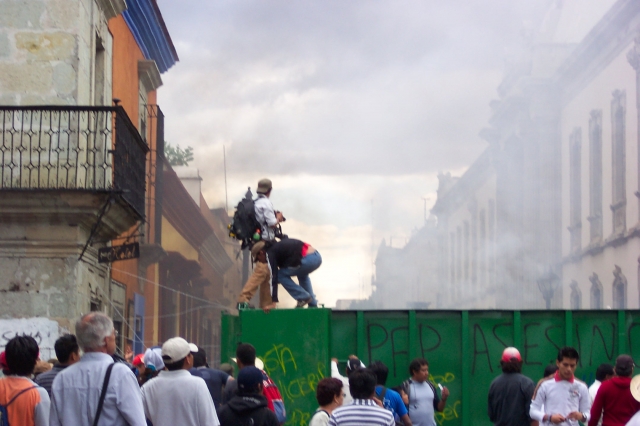 original image (2160x1440)
Another confrontation with the PFP lines. Often they're just a chance to tease them, with locals (primarily young men) lobbing insults directed most often at the mothers of the police. Not particularly productive except perhaps to let off some steam. Some marches just go from police line to police line... other folks have 'attacked' the police lines with song, some try to engage the stony faced (and quite bored) soldiers, and there have been some confrontations, including once last week when a group tried to set aflame a Catapillar that was clearing the street, and which was quickly surrounded by PFP. The Burger King got a new menu item yesterday: molotov cocktails!
§el camino 1
by danielsan Tuesday Nov 7th, 2006 6:48 PM 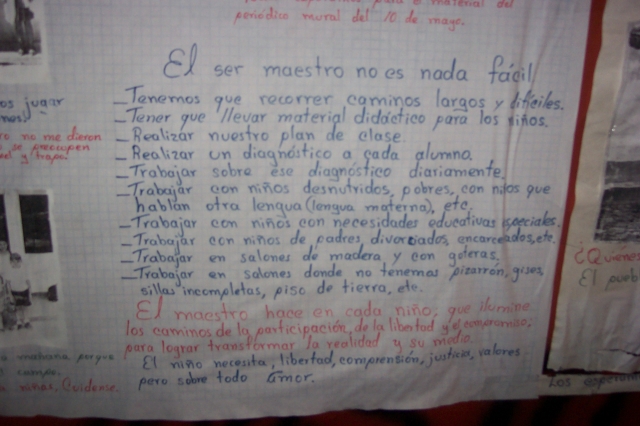 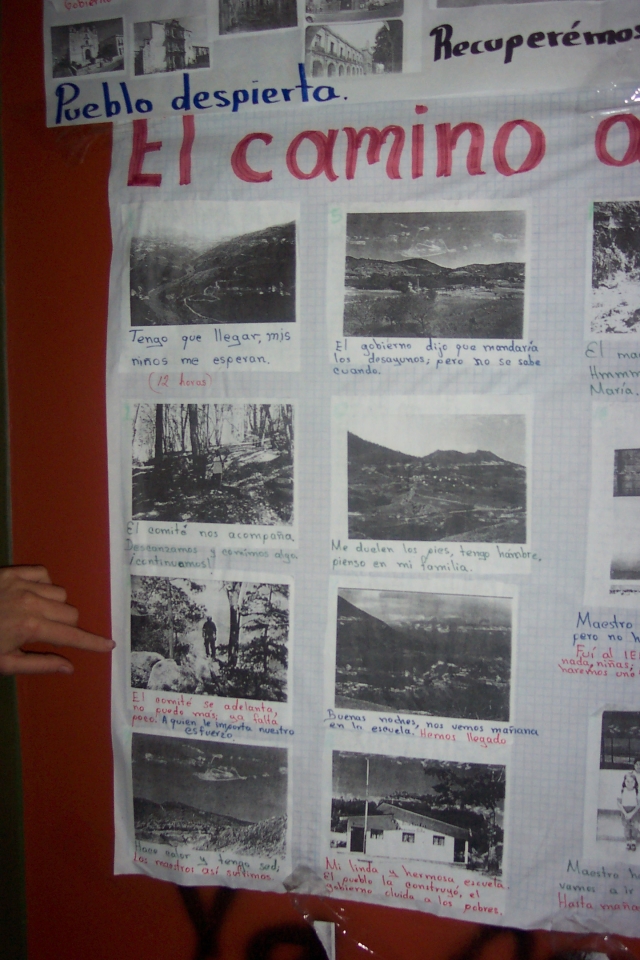 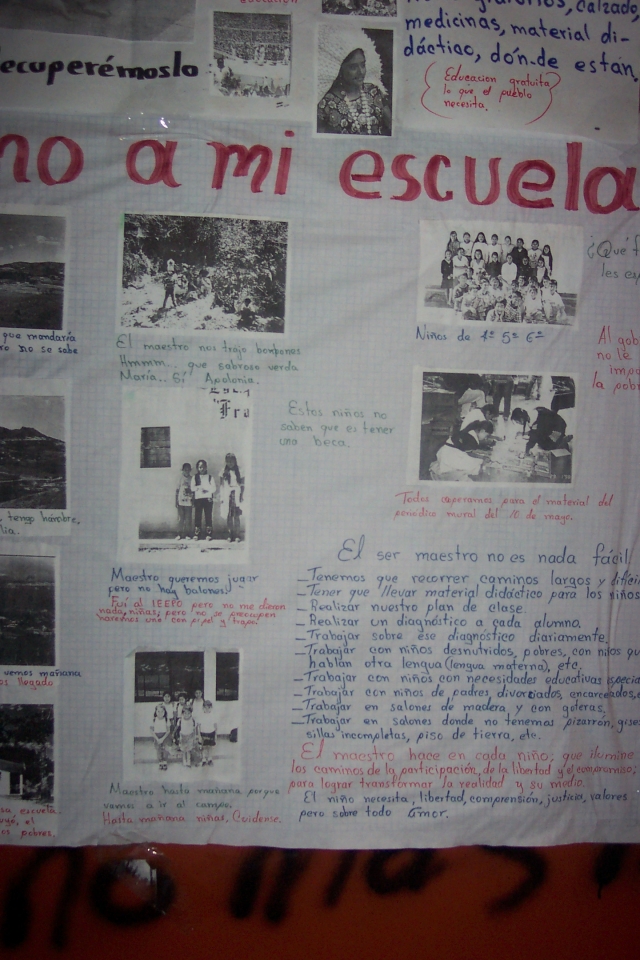 original image (1440x2160)
This poster board documented a student´s trek to the classroom, and told of the difficulties facing students seeking quality education and facing teachers seeking a solid working environment. It´s been torn down.
§cipo 2005
by danielsan Tuesday Nov 7th, 2006 6:48 PM 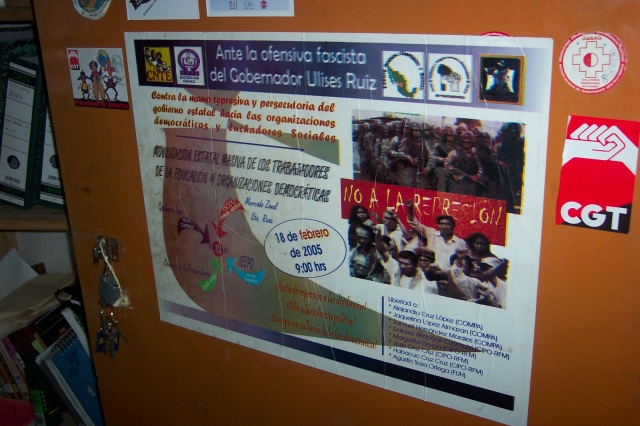 original image (2160x1440)
Among many others, CIPO-RFM has been calling for URO's removal from office pretty much since he assumed power. This poster is from February of 2005, calling him a 'fascist,' demanding freedom for imprisoned dissidents, and calling for a coordinated resistance to stop the repression of the PRI government.
§impunidad
by danielsan Tuesday Nov 7th, 2006 6:48 PM 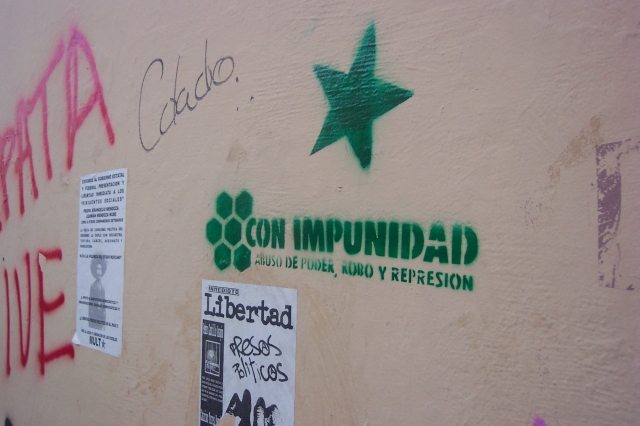 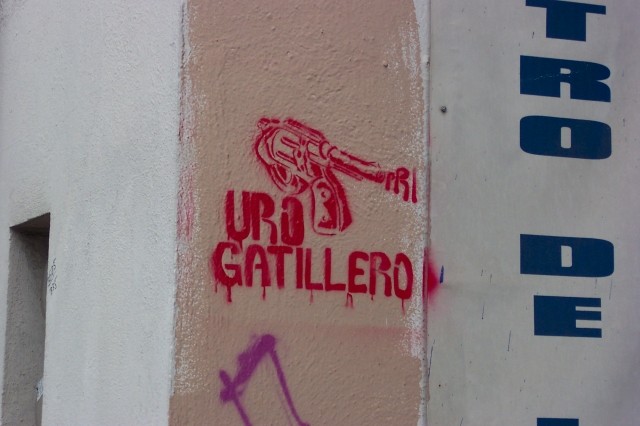 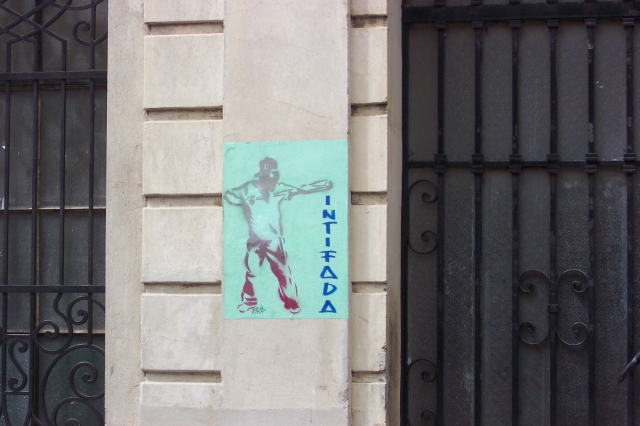 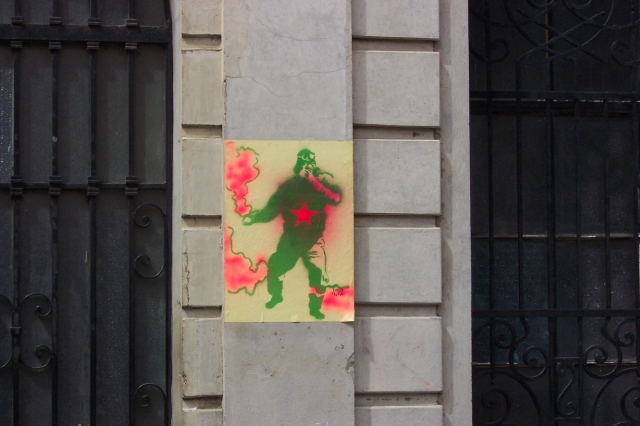 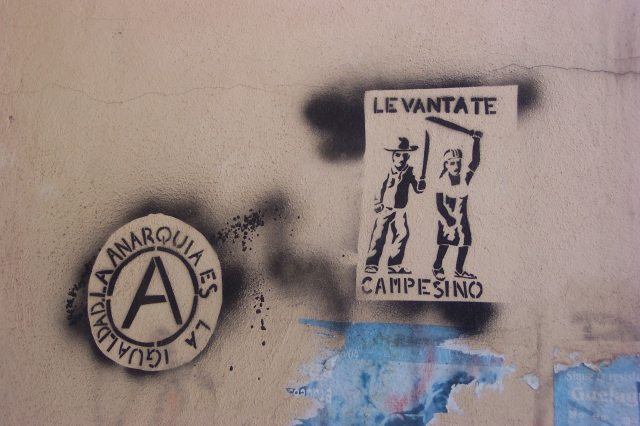 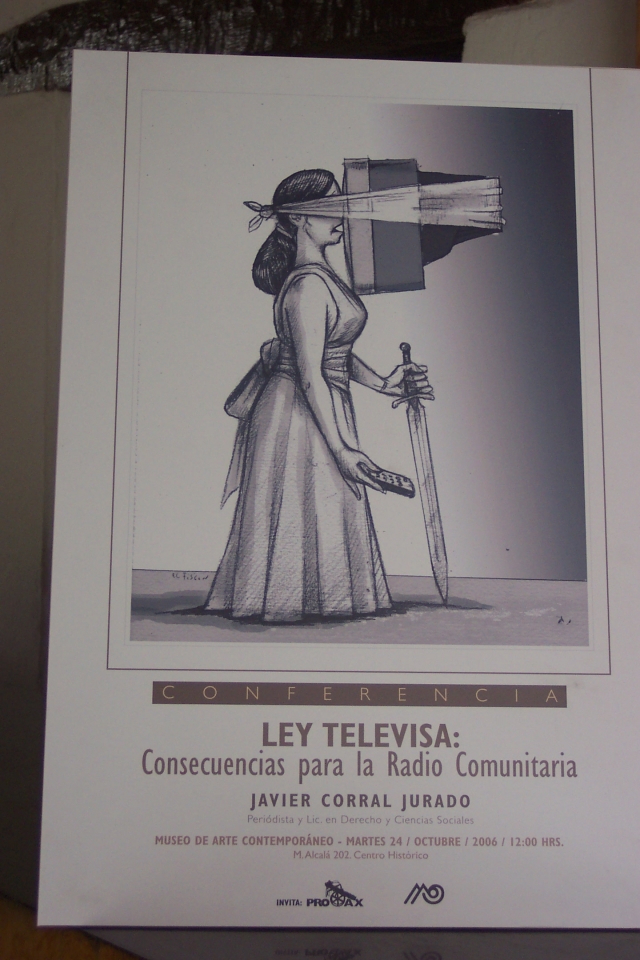 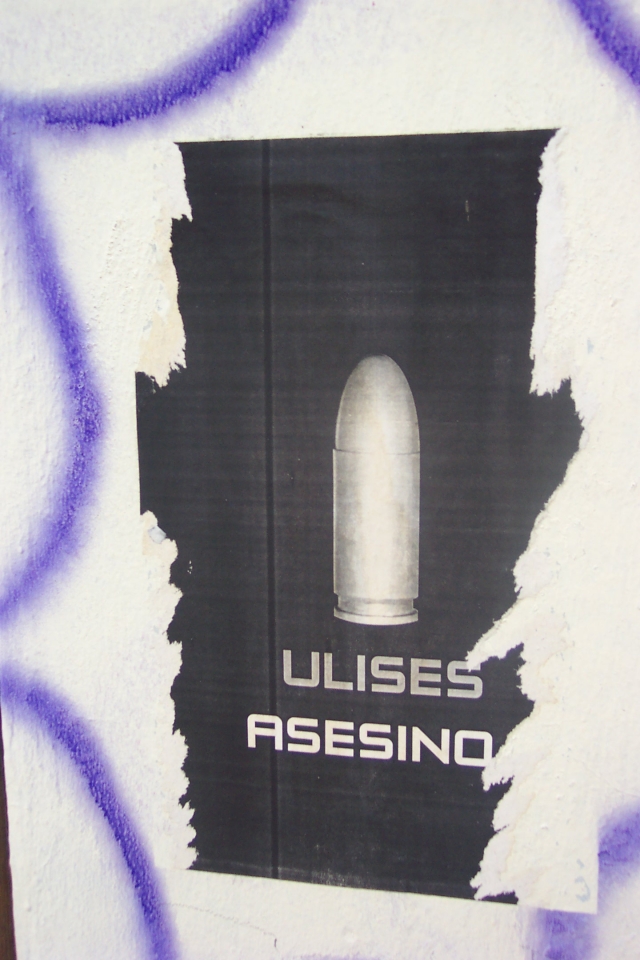 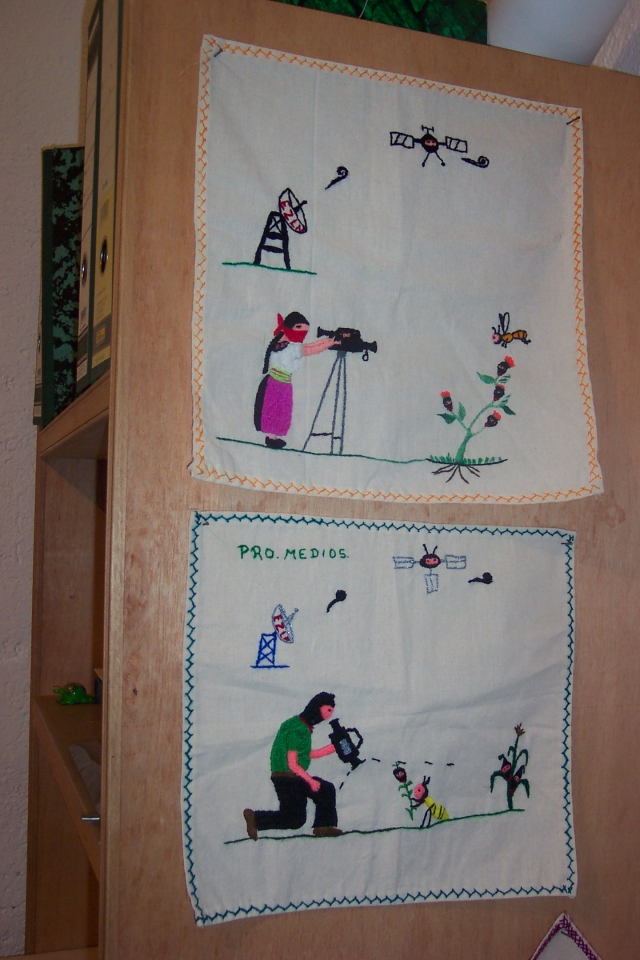 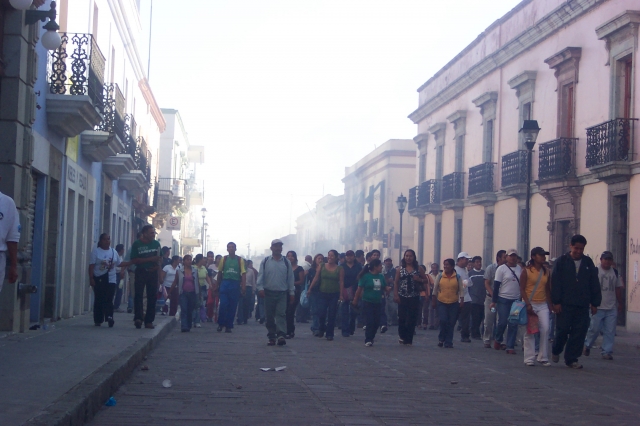 original image (2160x1440)
And everyday, they march. Every day in the streets, with the same demands and the same resolve. Despite repression and violence, they march.
Add Your Comments
Support Independent Media
We are 100% volunteer and depend on your participation to sustain our efforts!