Add an Event
Newswire
Calendar
Features
Home
Donate
From the Open-Publishing Calendar
From the Open-Publishing Newswire
Indybay Feature
Publish to Newswire
Add an Event
Related Categories: Central Valley | Police State & Prisons
The Ongoing Wave of Secrecy
by Boston Woodard (c/o Mike Rhodes [at] Comcast.net)
Monday Nov 6th, 2006 2:08 PM
In the article below, Boston Woodard who is in the California State Prison - Solano, writes about conditions in prisons and journalists access to the information. 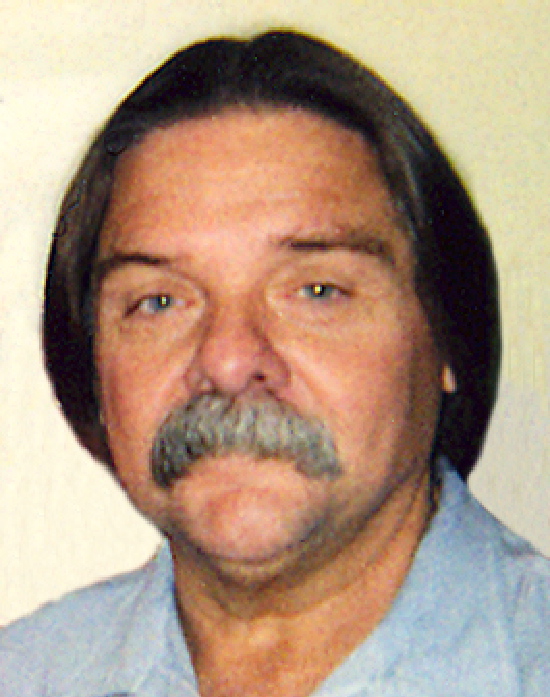 Access is knowledge. Once again, Gov. Arnold Schwarzenegger has decided to veto another Senate Bill (the 3rd since taking office) that would have restored some of the access into state prisons to members of the media. The same access that was afforded to them for decades without incident.

Senate Bill --1521, by Sen. Gloria Romero, D-Los Angeles, would have lifted the shroud now covering the prison system. SB-1521 would have improved media access, allowing prisoner interviews and re- implementing a policy that allowed prisoners and members of "legitimate" media outlets to correspond confidentially. This method of correspondence worked well for decades, allowing prisoners to inform the media of the other side of the story without fear of being punished. The public now only hears what the California Department of Corrections and Rehabilitation (CDCP) wants it to hear

In the 1990's, a media ban was written into policy after the CDCR and various politicians duped the public and the Office of Administrative Law (OAL) that approves policy changes, into believing that media access was a "safety" and "security" problem. The CDCR also claimed full media access would make "celebrities" and "big-wheels" out of certain prisoners.

The media had broader access to California's prison system until 1995. Embarrassed by media reports about Pelican Bay State Prison and other prisons, Gay. Pete Wilson implemented restrictions on journalists greatly impeding their ability to report the full story. Gov. Gray Davis refused to lift those restrictions prior to being booted from office by the citizens of California. And now, Coy. Schwarzenegger wants to continue the wave of secrecy.

Also in the mid-l990s, the CDCP was dealing with the FBI investigating the use of lethal force at Cocoran State Prison. Several employees were placed on administrative leave, including an associate warden. Corcoran prison officials allowed lower ranking lieutenants and sergeants to "stack the tiers" in certain cell-blocks with rival gang members. When the prisoners were released to the exercise yard and began to fight, perimeter (gun tower) guards would shoot them with high-powered rifles. The "code of silence" used and condoned by the California Correctional Peace Officer's Association (CCPOA) exacerbated matters causing rank-and-file staff to be pressured into silence.

About eleven years ago, prisoner Voughn Dortch's story made big media when it was reported that Pelican Bay staff tortured him. Dortch was restrained with chains and leg irons then held in a

tub full of scalding water with long handled scrub brushes until his skin began to literally melt off his body. Dortch was scalded over 70 percent of his body and his story made national headlines. The national news show 60 Minutes aired a scathing report about the torture of prisoner Voughn Dortch.

There were no shortages of scandals throughout the department of corrections in the l990s. Gov. Wilson and prison officials went on the fast track to prevent the public from knowing what goes on behind the thick walls of the CDCR. Scheming to limit media access policies as quickly as possible, they began to dupe the public into believing that prisoners' access to the media would gain them "celebrity status" or "big-wheel status."

Adding to the concern of prison officials and the governor's office was the mounting overcrowding, medical and mental health problems throughout the entire multi-billion dollar prison system.

Prison authorities were quick to use convicts like Charles Manson as examples that prisoners were misusing the media. They claimed that Manson used the media frequently to be interviewed by national television talk shows and tabloid programs that are often presented in tandem with sympathetic interviews with his "fans" in the free society. The CDCR claimed that as a result there was a surge in Charlie's popularity.

Other rare examples prison officials used to malign media access are the cases of Kody ‘Monster" Scott and James Johnson, a.k.a. Rick James. Officials blurted that Kody Scott was using the media to promote his book Monster. While he was residing in the SHU in Pelican Bay, it was reported that he used his media access opportunities to interview with CBS and other national and international media. His book was devoted to describing his criminal exploits. The late Rick James, a well known funk and rock musician long before he went to prison, was said to have utilized the media to promote a (then) upcoming album.

The excuses and examples the governor and prison officials use to discredit media access into the prison system are baseless and without merit. These examples are nothing more than ploys to dupe the public into believing that they make for security breaches throughout the prison system. Again, it should be noted that there has never been a case of abuse of privileges by a member of any media outlet or prisoner while a story was being covered. Prison officials are masters of deception and illusion when it comes to covering up their own malfeasance and corruption. Accusing convicts of abusing the media process is there easy button for nearly everything they do. Maligning and punishing prisoners who report deplorable living conditions, overcrowding, and horrid medical and mental health practices is easy for them.

The guard's union, the CCPOA, perpetuates lies and misinformation all the time. The union uses television and newspaper ads before every big election spending millions of dollars. Bemoaning the state of the prison system with claims of prison guards being "assaulted" and "over-worked" are methods to ingratiate themselves with the public. Nearly all the assaults they speak of, nine per day they claim, are verbal assaults. Not physical. Those claims look great when millions of dollars are spinning them into their favor. Each guard carries a small, usually black, date book issued by the CCPOA in which they clamor to fill with as much overtime they think they can

get away with. Some make in excess of $100,000 a year. An amount of money teachers in California certainly deserve more than a prison guard. This information isn't new, everyone knows this is true, and yet the CCPOA keeps whining and spinning it into a sympathy ploy.

To further bolster their claims the CCPOA's paid-for-commercials use a grandmotherly-looking female guard with a black eye. The image is from many years ago in a maximum security prison setting (according to the superimposed image behind the woman) . That same commercial

depicted a supposed prison riot at Pelican Bay approximately ten years ago. This same piece of surveillance tape has been distorted, used and reused hundreds of times by the CCPOA to push it's feel sorry for us agenda while they are laughing all the way to the bank. The reason

they keep running the very same piece of video tape in their commercials is because the occurrences depicted are far and few in between. Guards do get hurt, including black eyes. Many of their injuries are almost always due to staff over-reacting to relatively minor incidents.

The lamentations spewed by prison officials are false and misleading. California needs prisons and prisons need security. No one's disputing that. But lets keep it real. It is the prison system and those in charge of it who are abusing the media process, not the prisoners.

Once again, Schwarzenegger has terminated an opportunity to focus on real troubles behind the walls by vetoing SB-l52l. After two years of legislative hearings, court hearings, lawsuits, severe overcrowding, deplorable medical and mental health issues and much more, it is apparent that the state's prison system is in a true crisis. Keeping the media out will just make matters worse.

It is important that the public make informed choices about the criminal justice system. These choices are all the more critical as the prison population is exploding and the CDCR consumes a growing share of the tax dollar, now nearly $9 billion annually. It is unfortunate that the governor and prison officials have acted again to restrict media access and the public from the truth.

"Freedom of the press was enshrined in our Constitution specifically to guarantee the independence of the news media to report on issues of public concern. That independence does not exist when the very officials whose actions are being scrutinized are allowed to direct the news coverage."

Allowing the media more access wont fix all the problems, hut it will certainly shed some much needed light of the dirty details. Sen. Romero's SB-152l breezed through the state legislature only to be clobbered by Schwarzenegger. SB-l52l would have required the CDCR, upon reasonable notice, to permit representatives of the news media to interview prisoners in person, as specified. The bill would have also forbid retaliation against a prisoner for participating in a visit by, or communicating with, a representative of the news media'

It is clear without any kind of oversight or accountability, mistreatment, and poor practices have been allowed to perpetuate. Assemblyman Todd Spitzer, R—Orange, said, "We must pass this bill and the governor must sign it if we are going to restore accountability in the Department of Corrections."

The indomitable insanity of the CDCR kicked in and took control once again of the public's right to know what goes on behind prison walls. In the twisted logic of the CDCR, good policies such as media access that actually benefit the public, are bad. Bad policies that conform to the CDCR's agenda are good. Silence is golden.

The entire prison system begs for severe, fundamental reform. A good place to start would have been with the active adoption of full media access to state prisons and it's charges. The most vital element in the penal system's ultimate reform, however, is the continuation of uncensored voices of prisoners, voices from inside the system.

It is a foregone conclusion that voters will one day be faced with a billion-plus dollar state prison bailout.

Boston Woodard is a prisoner/journalist who has written for the San Quentin News and the Soledad Star, and edited The Communicator. The Department of Corrections has pulled the plug on all three publications.