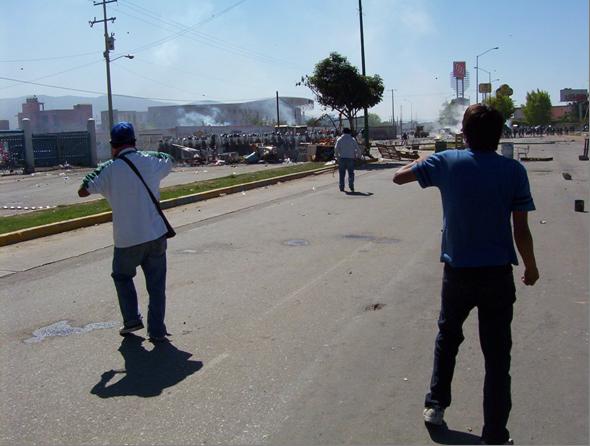 This is a republish of text I published before:

Here is a great video by La Jornada the leftist newspaper. It is in Spanish but is good anyway. The early speakers are saying that the university has autonomy and that the cops are not allowed to enter it (this is true in most of the world). They are not even allowed to attack it.

The really amazing thing about APPO is its participative nature. There are leaders but they really follow the lead of the people. Most actions are organized by small groups and carried out. This is how APPO functions. Major press conferences, negociations with the government and such are carried out by leaders after assemblies are held to decide what will be done. At the university the police came and groups decided how to respond. The radio called on people to come and what to bring but no more. Everyone organized themselves spontaniously. Most organizing is around encampments and barricades and spontanious action.
I tried to talk about sexism in society and the movement and the amazing participation of women on all levels in my article. I hope that was clear that it showed what happened and what still needs to be done.

After the battle the show of solidarity was amazing. There was so much food that people were begging us to eat. Hundreds of bottles of vinergar were stacked up. Thousands of bottles came in. The molotov factories worked late into the night and stockpiled about 2,000 molotovs. Now that the battle was over men also began to work. One guy with his bandana over his face cleaned the stopped up toilets, an older guy served food and many moved supplies or worked in the molotov factories. I really can not express how this is a struggle of everyone, the people of Oaxaca. I saw a rather plump woman in heals, fancy jewelry and a matching gauzy top and skirt walk up to a group of dirt smeared and sweat stained molotov fillers and street fighters and announce that she was going to be giving massages. Everyone participated-everyone did what they could.
Hundreds of us spent the night at the university. In the morning we jumped up to watch the 6:00 news. It was full of lies. People laughed every time it showed cops getting hurt. I am not in favor of hurting cops but it was understandable after 14 people on our side have been killed. At 6:20 about 15 shots rang out in quick succesion and we all dove to the ground. People screamed and ran around. After a moment a cry went up, "Los cohetes." Teams of guys with tubes and large bottle rokets ran toward the shots. I guess it was an attack on the radio antena from paramilitaries. No serious damage was done.
We all ate breakfast then people drove into the university with a Pepsi truck and people formed a "bucket brigade" to unload it. Soon a milk products truck was brought in as well. Then a truck came of its own will. It was filled with food sent by an outlaying APPO village.
I walked up to Cinco Senores. The intersection was well guarded by people with bottle rockets and crates of molotovs. The backhoe had dug a trunch across the road. The grafitti said, "We will never forget the 2nd of October (1968, when the government massacred hundreds of students in Mexico City) but the 2nd of November was unforgettable." 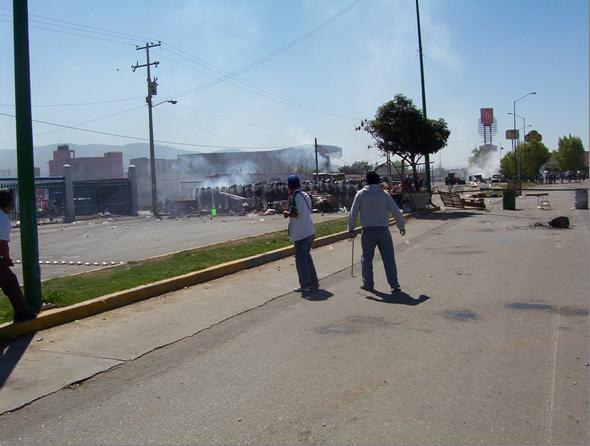 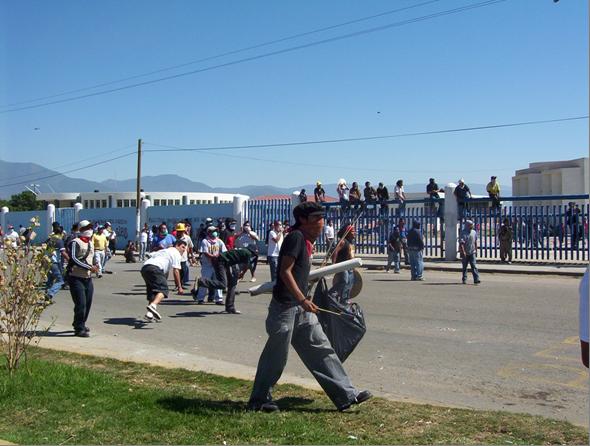 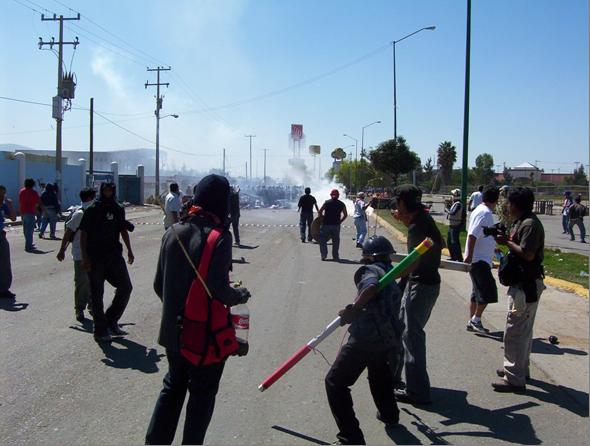 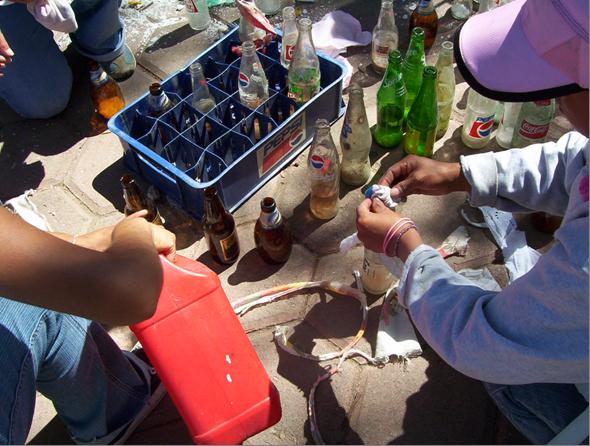 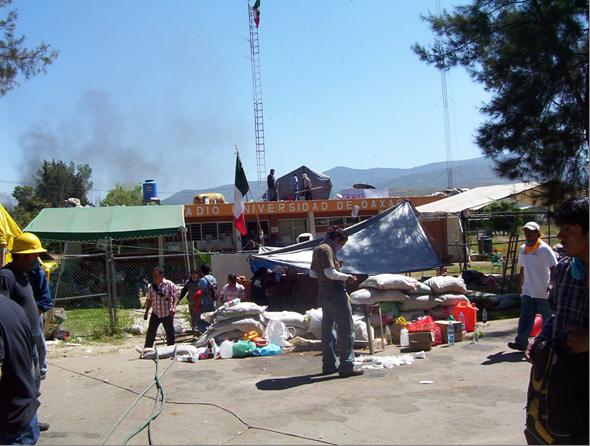 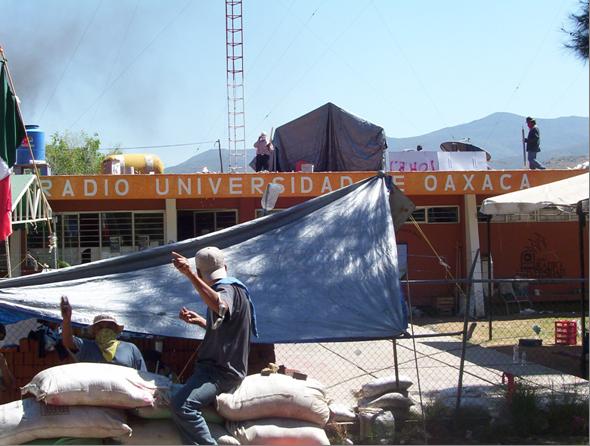 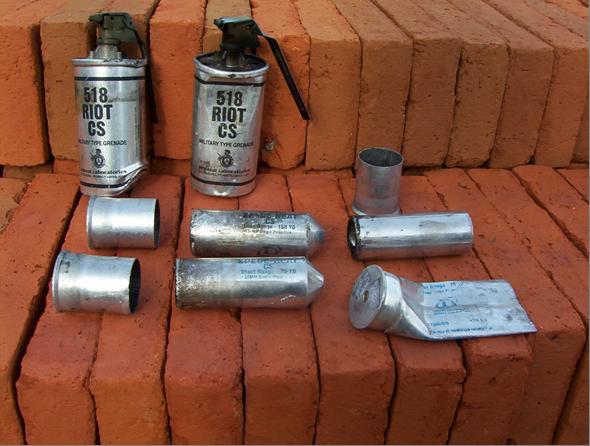 Some grendades the cops used
Add Your Comments
Support Independent Media
We are 100% volunteer and depend on your participation to sustain our efforts!