Add an Event
Newswire
Calendar
Features
Home
Donate
From the Open-Publishing Calendar
From the Open-Publishing Newswire
Indybay Feature
Publish to Newswire
Add an Event
Related Categories: Santa Cruz Indymedia | Education & Student Activism | Police State & Prisons
Victims of Violence: When UC Police Attack
by josh sonnenfeld (sugarloaf [at] riseup.net)
Sunday Oct 22nd, 2006 8:20 PM
If you've taken a glance at the corporate press' headlines recently, you'd see something like this: "UC Santa Cruz Protest Turns Violent," or, my favorite, "Police Break Up Violent Protest at UC Regents Meeting." The mainstream media blatently suggests that it was the students - the protesters - that were violent. Yet, to have violence you have to have victims. 'cus if nothing or no one was hurt, how can you claim that any crime has been committed?

So.. if violence creates victims, and the victims were mostly protesters, who were the instigators of the violence? The police. This is my argument: that Wednesday's protest was in fact violent, and we should all abhor unjust violence, yet the majority of violence came in the form of pepper-spray in the eyes and batons to the bodies. If we are truly concerned about violence and safety, then we must also be concerned about the police. 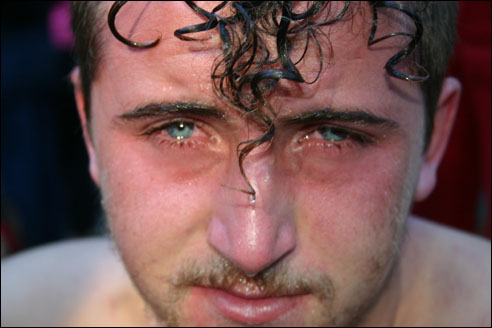 To republish photos, or for larger sizes, please contact sugarloaf [at] riseup.net - thanks! Also, please contact me if you feel uncomfortable having your photo displayed online.
§Pepper-sprayed
by josh sonnenfeld Sunday Oct 22nd, 2006 8:20 PM 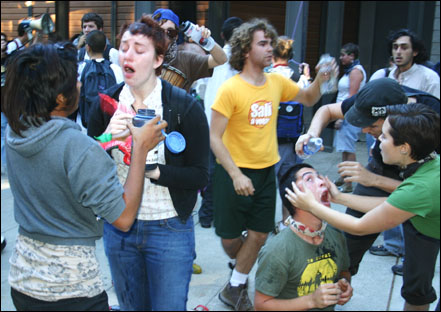 Immediately after police snatched 3 activists, they used their batons to push away nearby protesters, eventually pepper-spraying the crowd.
§Water
by josh sonnenfeld Sunday Oct 22nd, 2006 8:20 PM 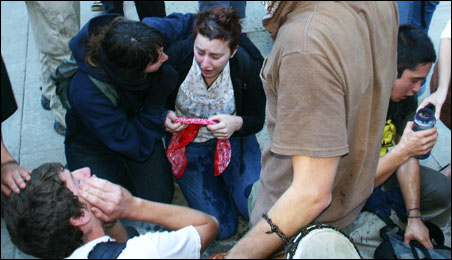 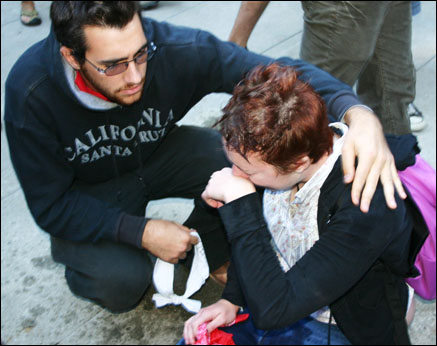 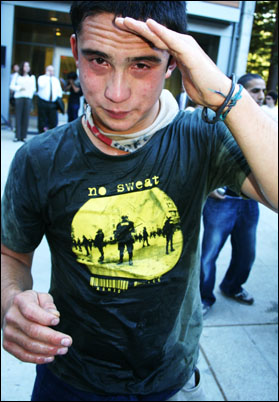 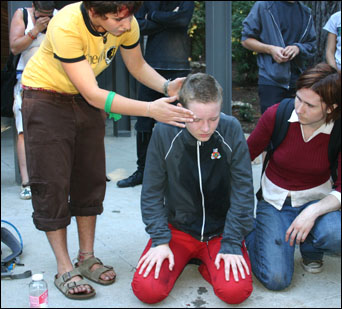 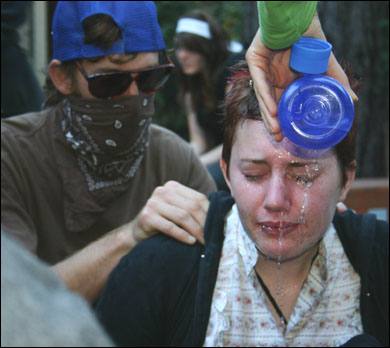 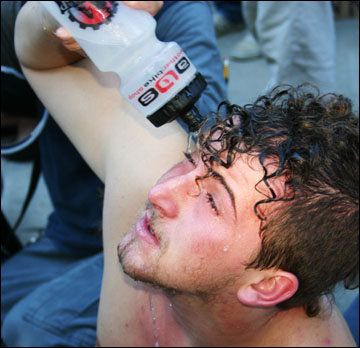 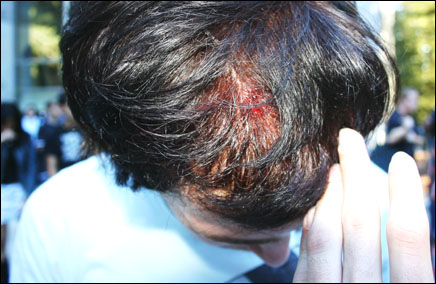 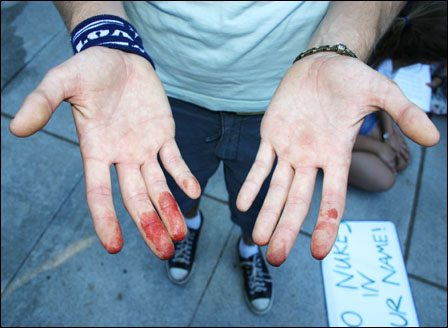 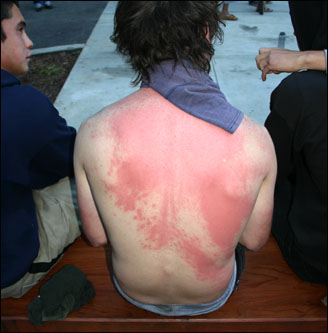 This is the back of the same guy from above. He was dragged on the ground by cops before he was yanked away by friends.
§Eyes Won't Stop Burning
by josh sonnenfeld Sunday Oct 22nd, 2006 8:20 PM 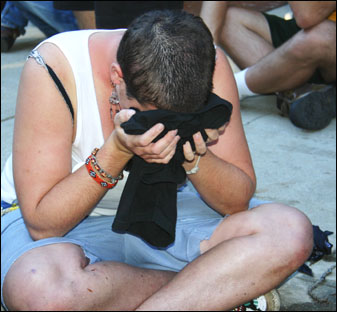 Like most of those pepper-sprayed, these two just happened to be at the front of the crowd when the cops attacked.
§Victims of Violence
by josh sonnenfeld Sunday Oct 22nd, 2006 8:20 PM 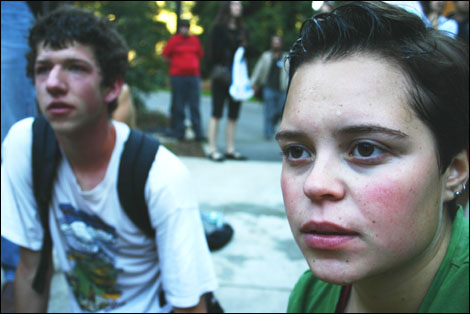 Still recovering after being pepper-sprayed, how do you think these two will feel when they find out the corporate press is going to call them the violent ones?
§Sentinel photographer was smiling
by josh sonnenfeld (sugarloaf [at] riseup.net) Sunday Oct 22nd, 2006 8:51 PM

oh and for the record, the Sentinel's photographer was smiling while he took photos of kids trying to wash the pepper-spray out of their eyes. In fact, the photo on the left is him taking this shot: http://www.santacruzphotogallery.com/gallery/protest/ucsc_protest4

what's to smile about?
Add Your Comments
LATEST COMMENTS ABOUT THIS ARTICLE
Listed below are the latest comments about this post.
These comments are submitted anonymously by website visitors.