Add an Event
Newswire
Calendar
Features
Home
Donate
From the Open-Publishing Calendar
From the Open-Publishing Newswire
Indybay Feature
Publish to Newswire
Add an Event
Related Categories: Santa Cruz Indymedia | Education & Student Activism | Labor & Workers
Students and Workers (Re)United for Justice!
by ~Bradley (bradley [at] riseup.net)
Saturday Oct 21st, 2006 2:06 PM
On October 18th, AFSCME workers and students at UC Santa Cruz held a rally in the Baytree Plaza and then marched to the base of campus calling on UC President Dynes to release funds promised by the California Legislature to low-paid UC workers. AFSCME workers and students are also demanding wages comparable to those of neighboring colleges and universities where people are paid up to 30% more for doing the same amount or less work.

At the base of campus, people immediately marched into the center of the Bay and High intersection. Then everyone crossed the streets at the same time, though allowing cars to pass through without much delay. Since the police and Santa Cruz Metro began re-directing traffic away from the base of campus, people decided to use the opportunity to rally in the middle of the main entrance to campus. This was the first action this school year in ongoing struggle where students and workers are united in demanding social justice at UC Santa Cruz. 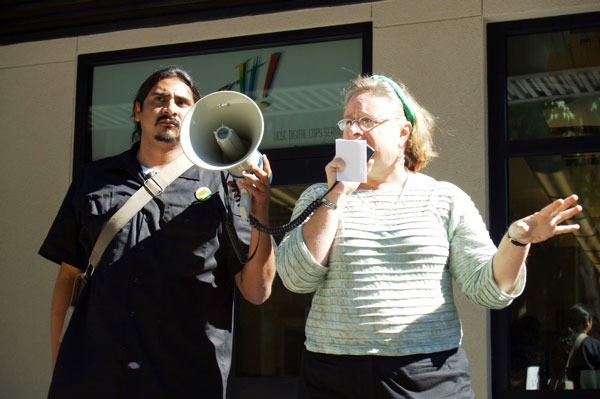 In response to signs saying "Custodians Deserve Market Level Wages" Dana Frank (above) aserted that workers should have control and not allow 'the market' to determine their wages. Dana is a professor and graduate program director in the History department at UCSC. 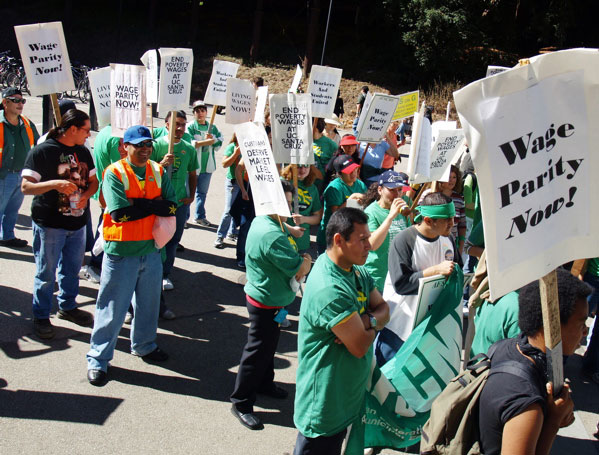 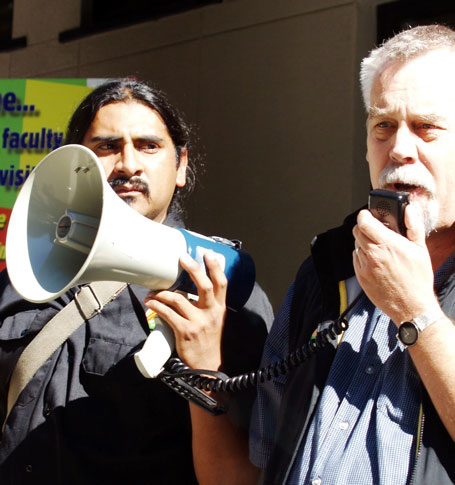 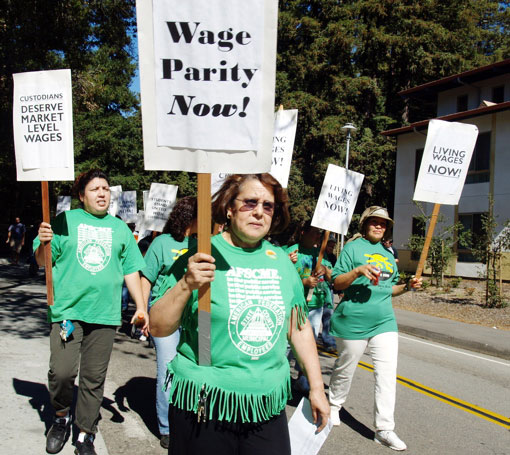 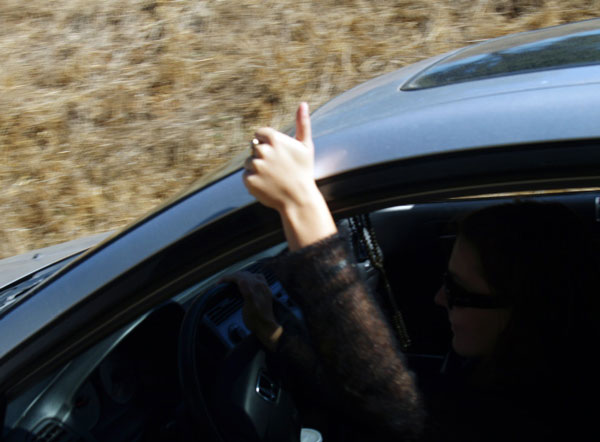 Most cars that passed the march gave signs up support, such the 'thumbs up' from this driver
§Dynes, Release the Money
by ~Bradley Saturday Oct 21st, 2006 2:06 PM 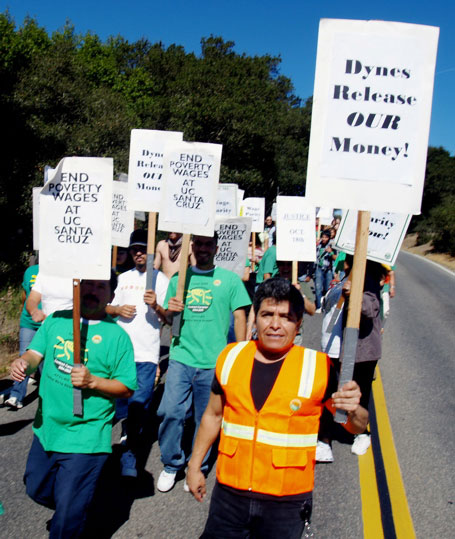 Over the summer, the California State Assembly passed legislation funding these wage increases, yet UC President Dynes has been holding the money hostage as a way of forcing union concessions over pension issues
§Born in the Struggle
by ~Bradley Saturday Oct 21st, 2006 2:06 PM 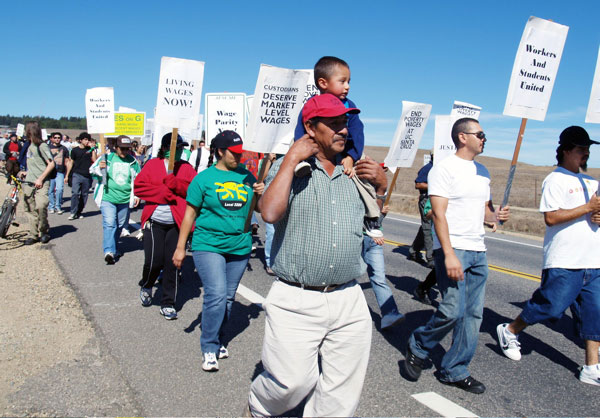 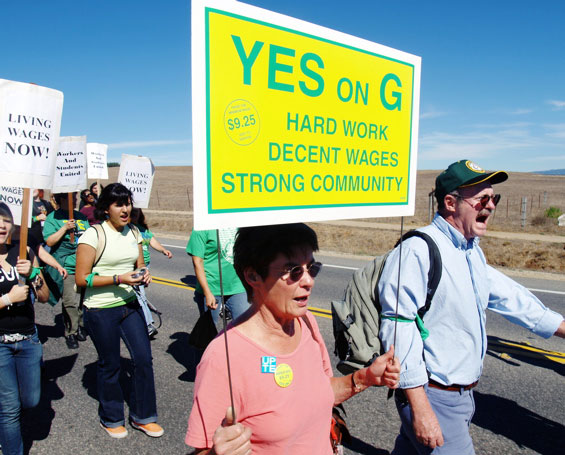 You can learn about Measure G in Santa Cruz.... 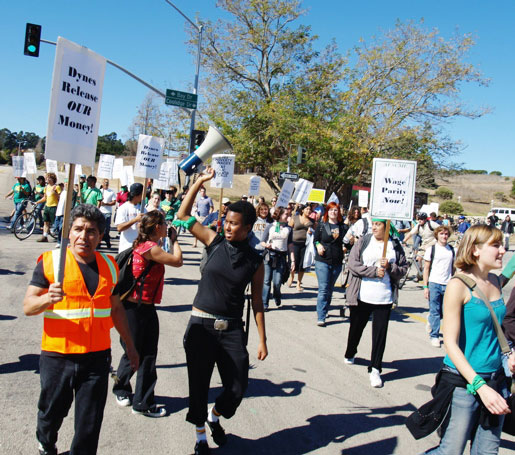 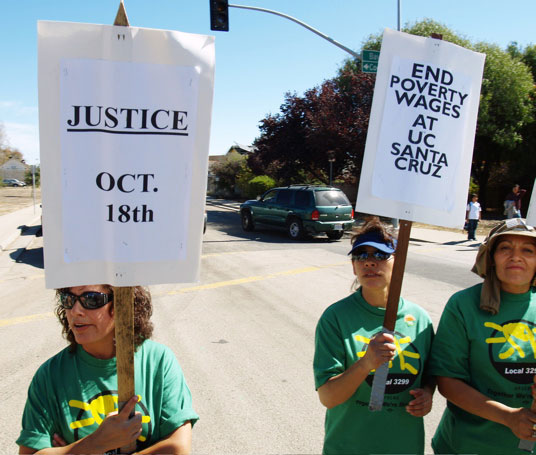 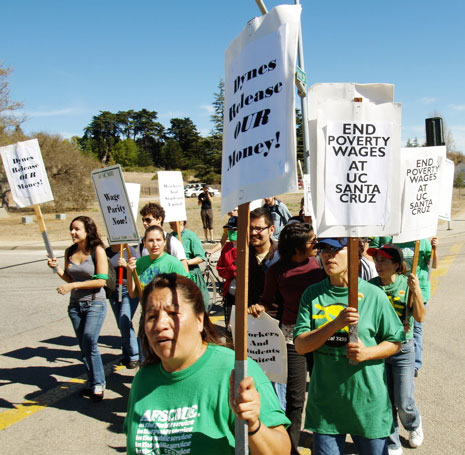 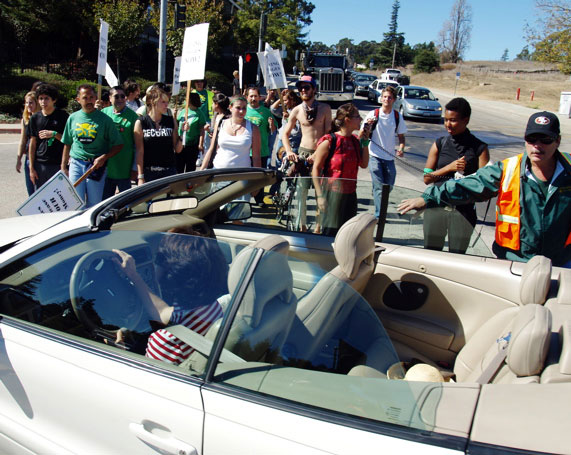 Workers and students allowed cars to pass through the demonstration
§Workers and Students United
by ~Bradley Saturday Oct 21st, 2006 2:06 PM 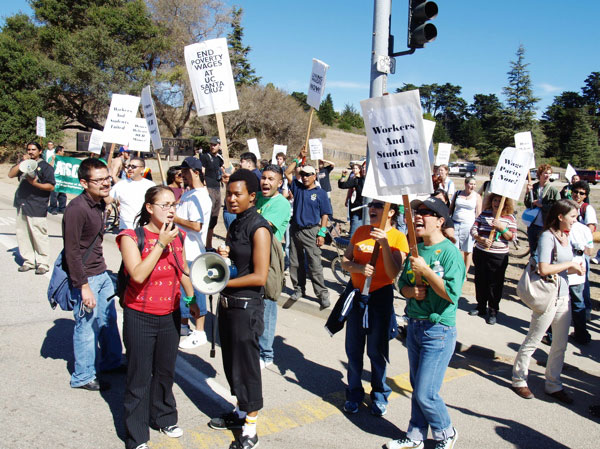 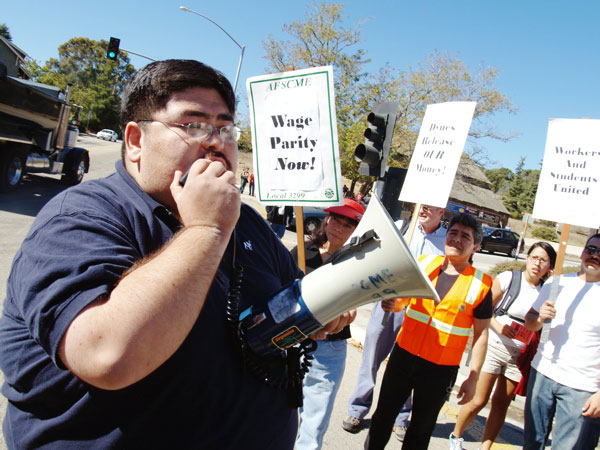 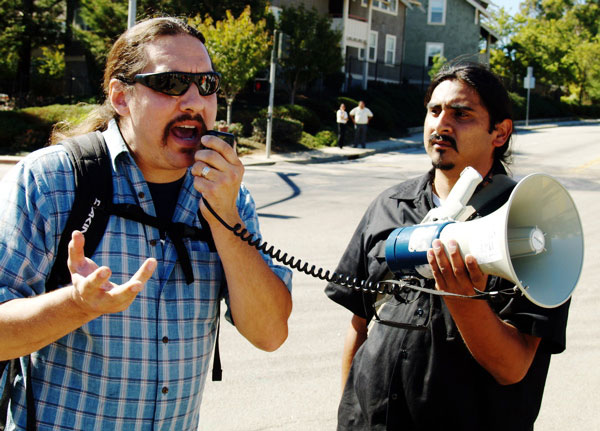 Paul is an associate professor in the Community Studies department at UCSC
§Detour
by ~Bradley Saturday Oct 21st, 2006 2:06 PM 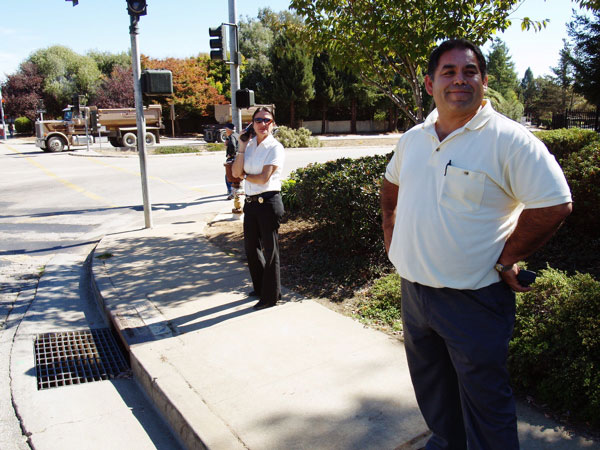 "Here you have your Metro employees, who have suddenly decided its their job to monitor marches, a motorcycle cop, a SCPD SUV, a unmarked SUV with two cops inside, and at least 4 administrators (including Labor Relations and Student Affairs)." 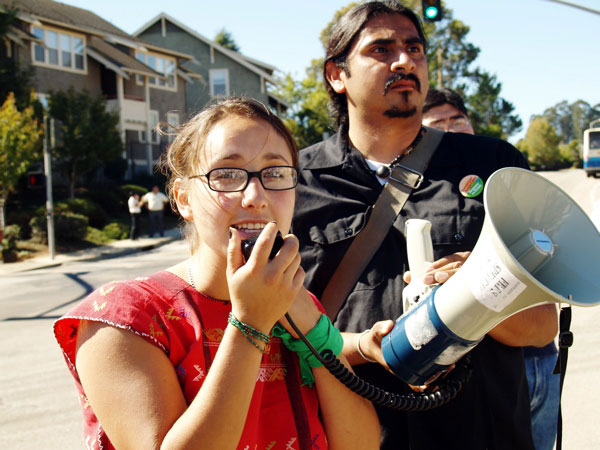 Maria from the Student and Worker Coalition for Justice
§Univision
by ~Bradley Saturday Oct 21st, 2006 2:06 PM 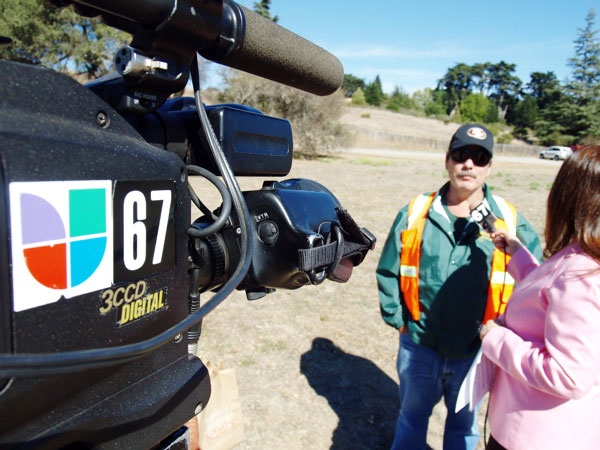 Univision was the only corporate media that I noticed at the demonstration. They drove up from Monterey and arrived after the march and rally was over...

*bypass the corporations; make media with your friends*
Add Your Comments
LATEST COMMENTS ABOUT THIS ARTICLE
Listed below are the latest comments about this post.
These comments are submitted anonymously by website visitors.