by danielsan
As negotiations continue, the people of Oaxaca demonstrate the futility of any solution that maintains the same old government 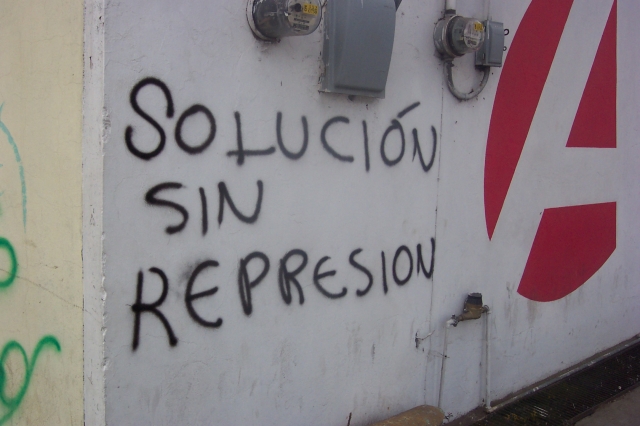 original image (2160x1440)
13 October
Ingobernabilidad. It´s a pretty straightforward idea, but here in Oaxaca it´s a political term, a strict test, a standard to prove in the streets. That´s because a while back the PRI said that (x)Governer Ulises Ruiz (URO) was still perfectly fit for office, that the government was functioning, that the people of Oaxaca were `governable.´ Ever since, the teachers & la APPO have set out to prove otherwise: they WILL NOT BE GOVERNED, not by URO & the PRI nor by anyone else.

As more time passes and as the negotiations in DF continue, more and more people are getting involved in creating solutions here in Oaxaca. Yesterday a forum was launched to bring more of `civil society´into dialogue, with the aim of creating lasting institutional change in Oaxaca in more ways than simply exchanging government officials. One of the mesas was dedicated to keeping media in the hands of the people, another to education. As Bishop Emeritas Samuel Ruiz García put it, what´s happening in Oaxaca is a model for the nation and the world, because something entirely new is happening. The people are proving themselves ungovernable by the system as it is today, whether local, state, or federal.

The pictures below are from a march from the outlying areas of Oaxaca City (`suburbs´of sorts) organized by CIPO-RFM among other orgs (Consejo Indigena Popular de Oaxaca - Ricardo Flores Magón), and started out with about a hundred people marching and chanting, but grew to around six hundred before it entered the center of town and the Zócalo. People `redecorated´ walls, urged people to come out into the streets (with quite a bit of success--many didn´t need any urging at all), and chanted and sang. I recorded a fair amount of audio, which I´ll post within the next couple of days.

Only once in my time here have I seen police or military, and I saw both at the march yesterday. Police (in an unmarked car, out of uniform) passed by but did nothing, unnoticed by most (the twelve year old barricade comandante was the first to point them out to me), but the military passed by quite conspicuously (foto below).

You see, despite the `ungovernability´ of the Oaxacans, the truth is there have been few if any official police in the city center since the June 14th attack on the teachers, and few if any government offices or officials functioning. The result has been a drop in crime, as most of the criminals occupied said offices.

The streets are filled with brazen graffiti artists, marches routinely stop traffic and occupy government buildings, and chanting crowds never stray far from the visiting senate delegation, but unless you consider this to be `crime,´ it seems that the lack of police and government officials hasn´t really had much of an effect. Speaking from a position of conscious privilege, I personally feel the streets to be far safer here in Oaxaca City at all hours of the day than any state capital or major American city I´ve ever seen, North, Central or South.

One of the most interesting conversations I had yesterday was with the owner of a café on the outskirts of the city as the CIPO march passed. At first she lamented the yelling and marchers, until she made it clear that she supported the marchers, just not the bad sound quality and impassioned (yelling) speaker. When I asked her how she as a business owner felt about the last few months, the new Oaxaca, she replied that business has been really hard, because her primary customers are teachers, and that the economy depends on working people, like teachers, buying groceries and picking up lunch at her cafeteria. 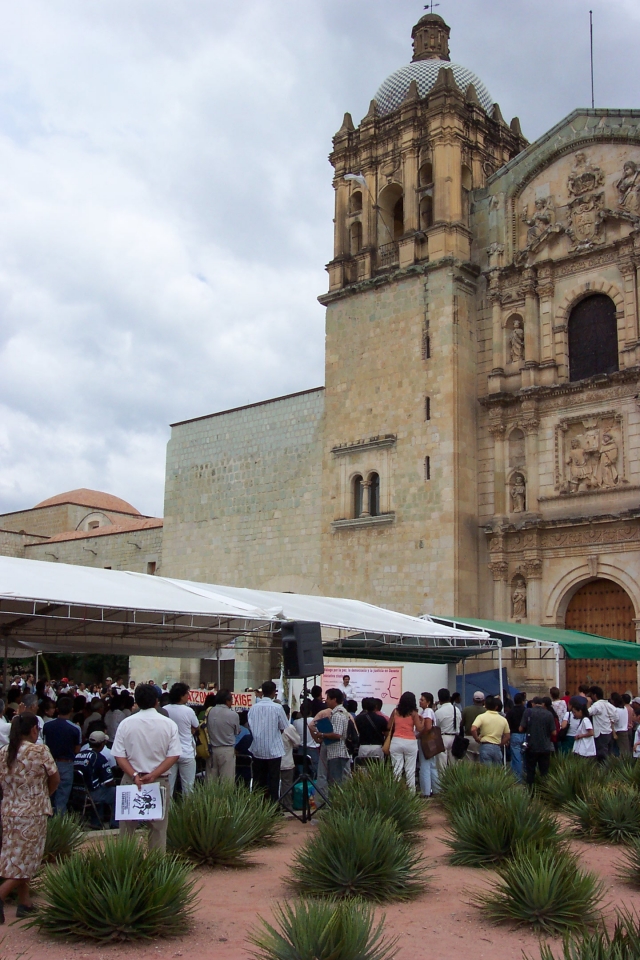 original image (1440x2160)
As I arrived at the forum, the speaker thanked those present who are family members of political prisoners, then welcomed an arriving march from nearby Atzompa, before introduing a marching band from San Cristóbal de las Casas, Chiapas.
§CIPO comienza
by danielsan 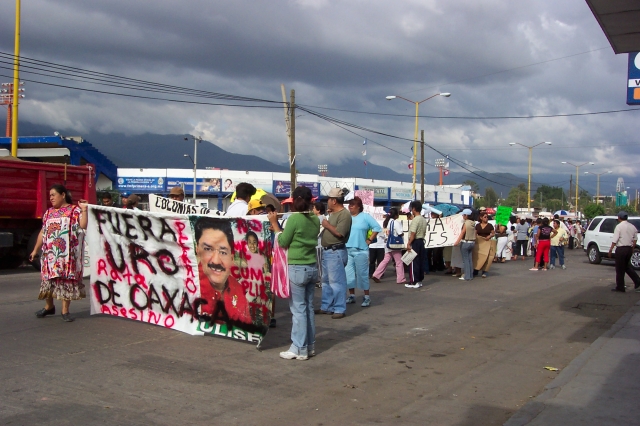 original image (2160x1440)
The march paused briefly just as it got started, moving aside in silence to allow a funeral to pass by on the very same street.
§por el cerro
by danielsan 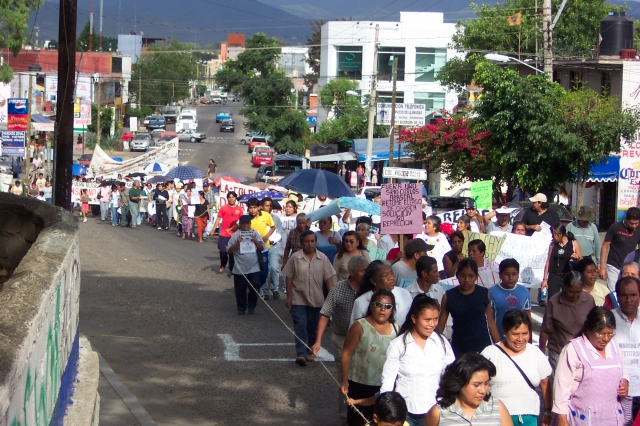 original image (2160x1440)
With people pouring out of their homes and into the streets, chants like `este apoyo si se ve´ (you can see the support!) erupted from the crowd.
§con niña
by danielsan 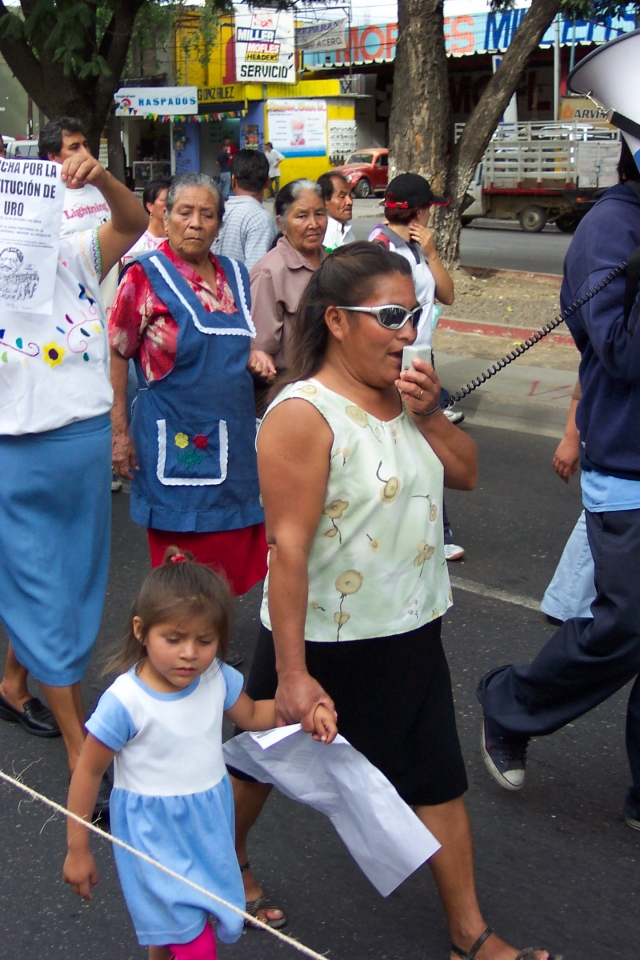 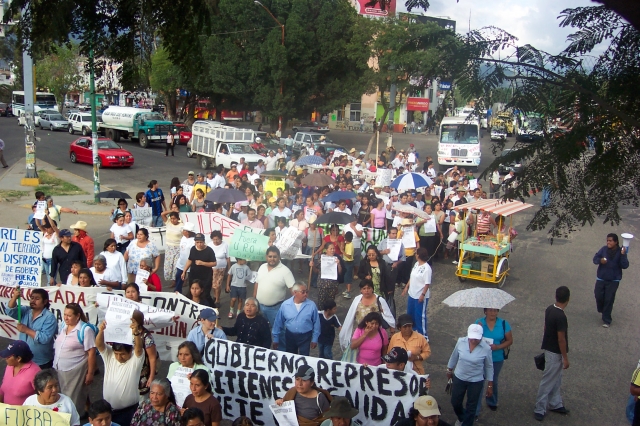 original image (2160x1440)
After occupying this intersection briefly (with the invaluable assistance of a sympathetic busdriver), the crowd moved on, approaching the city center.
§sign
by danielsan 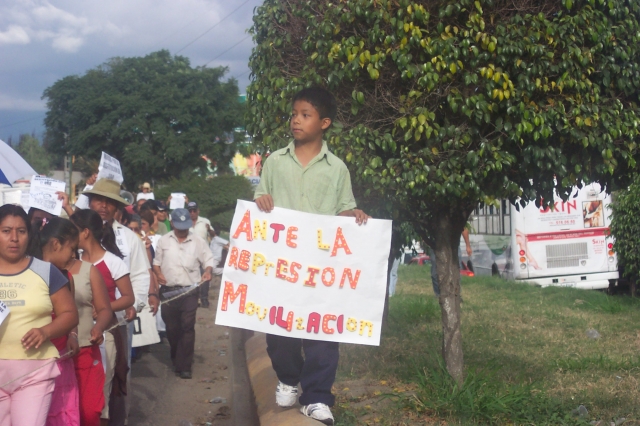 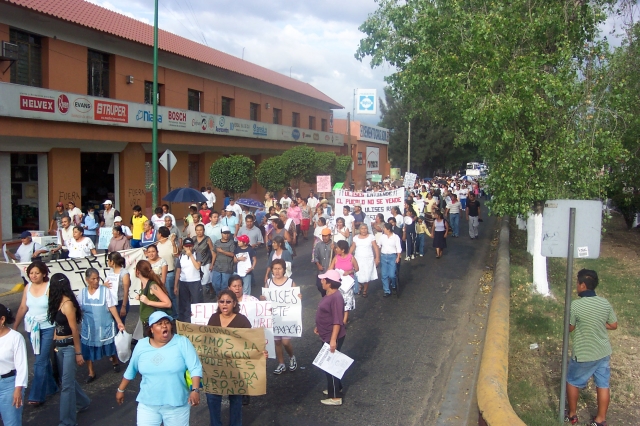 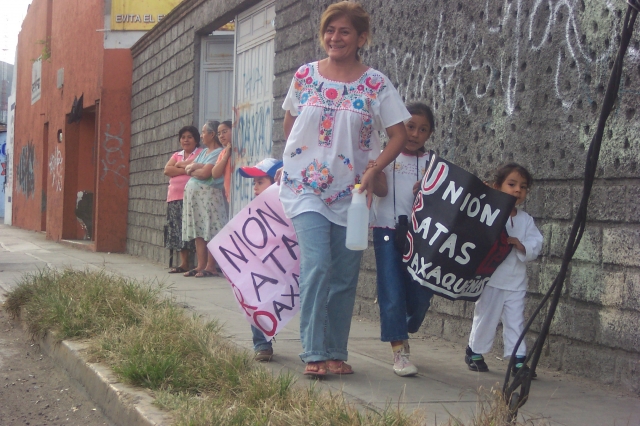 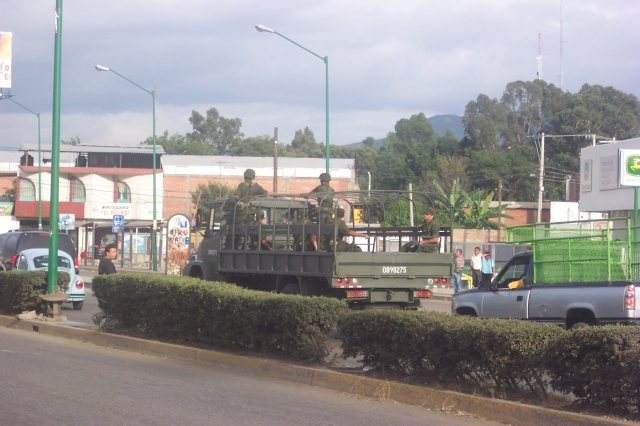 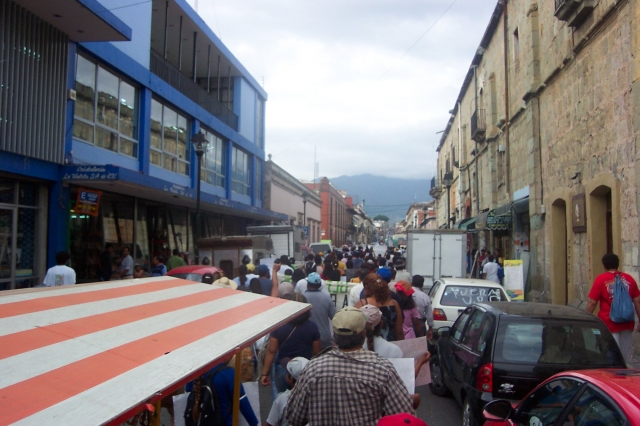 original image (2160x1440)
Entering the city center, 550+ strong
Add Your Comments
Support Independent Media
We are 100% volunteer and depend on your participation to sustain our efforts!