Topics discussed in the interview include:

* A Federal meeting with all sides

* The training of 2,000 special police forces outside of Oaxaca City

* The effect on tourism and the economy

* Warnings from the US State Department and Canada not to go to Oaxaca.

* Media reporting on the situation in Oaxaca

* Spreading the word about Oaxaca and solidarity

* Technicalities of getting URO to leave office

* The false image of democracy in Mexico


For more information on Oaxaca:

Join the Oaxaca solidarity list
http://elenemigocomun.net/email
§Barricade in the Historic Center of Oaxaca
by ~Bradley Tuesday Oct 3rd, 2006 1:42 AM 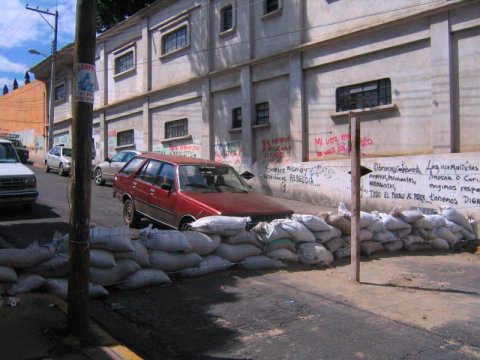 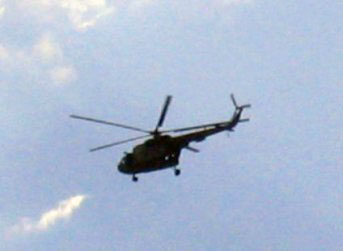 September 30th - The presence of military helicopters and a small airplane in Oaxaca City airspace fuels rumors of a coming crackdown against the popular movement calling for the ouster of the despised governor. 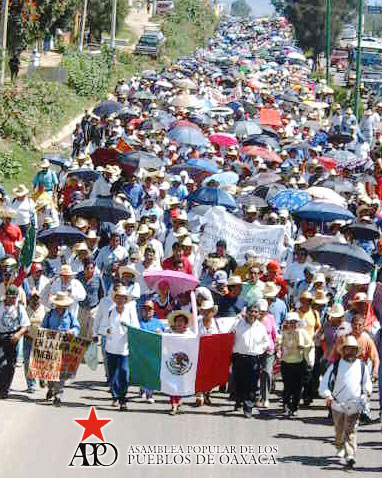 On September 21st, approximately 3,000 schoolteachers, parents, students, and members of civil society began WALKING to Mexico City (over 300 miles). The march’s primary objective is to pass through communities along the way, talking to people about the situation in Oaxaca, and to demonstrate the level of sacrifice the marchers are willing to endure. Along the way, they will pass through three states with very unpopular governors: Puebla, whose current governor is accused of belonging to a child-pornography ring; Morelos, whose governor is a known drug-trade king-pin; and the State of Mexico, whose governor was responsible for the recent repression against the community of San Salvador Atenco.

When the marchers arrive in Mexico City, they will camp out in front of the national senate to demand the resignation of Governor Ulises Ruiz. The last time the teachers walked to Mexico City was in 1986.

Read more about the teachers movement in Oaxaca
http://elenemigocomun.net/131
Add Your Comments
LATEST COMMENTS ABOUT THIS ARTICLE
Listed below are the latest comments about this post.
These comments are submitted anonymously by website visitors.