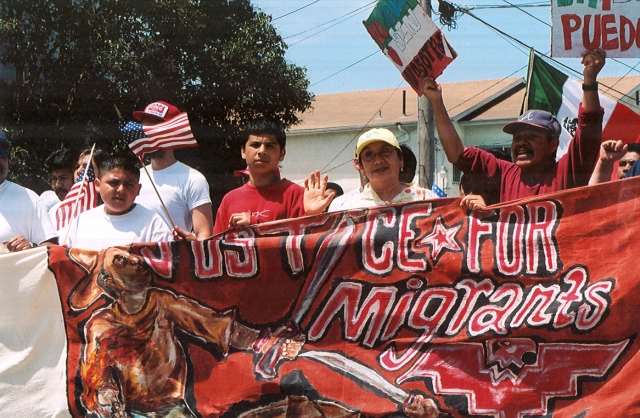 On September 7th and 8th, the communities of Watsonville, Santa Cruz, and Hollister woke up to attacks (arrests & deportations) from the Immigration and Customs Enforcement Agency (ICE, formerly INS). The ICE told local media that they targeted undocumented people with prior warrants, but of the 107 arrested, only 19 had warrants for arrest, and up to 90 were immediately deported without an opportunity to see an immigration judge or receive any kind of legal advice. It was reported that the ICE told the victims that they were either police or school officials. Once in the house, they questioned all people living there about their immigration status. Children were left without their parents, husbands without their wives, and wives without their husbands. We cannot let this happen again. Are you willing to join a JUSTICE NETWORK in your community? All college students, business owners, and church members are especially encouraged to participate! Please join us in making our community safe for all of us, regardless of legal status! Spread the word!

107 PEOPLE KIDNAPPED FROM THEIR HOMES AND WORK!!
DEMAND THE END TO DEPORTATIONS!!
JUSTICE FOR ALL MIGRANTS AND IMMIGRANTS NOW!!
§WE DIDN'T CROSS THE BORDERS, THEY CROSSED US!
by SOY HUMANO Monday Sep 18th, 2006 11:42 PM 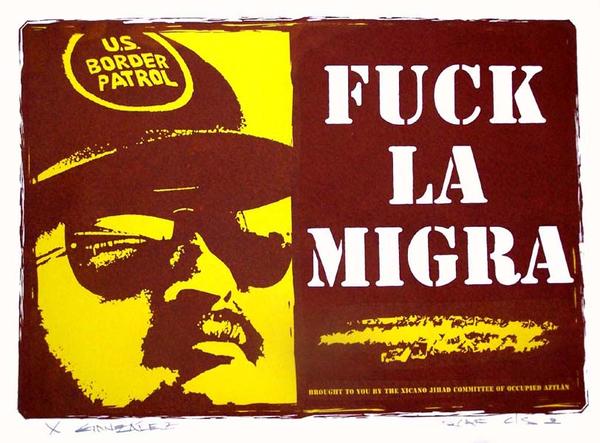 §Carpool from Santa Cruz
by Santa Cruz Anti-Imperialist League
(peaceinjustice [at] yahoo.com) Tuesday Sep 19th, 2006 9:46 AM
There are a group of us venturing down to Watsonville on Sunday to participate in the protest against the recent INS (I.C.E.) raids. We go to stand in solidarity with our brothers and sisters as well as to send a loud and clear message to la migra: 'no matter how hard you try to invoke fear in our community we will stand strong and we will stand together.'

If you would like to join us, or if you either need a ride or can provide a ride please either email us at peaceinjustice [at] yahoo.com or call Amelia at 415-307-8845

In love and Solidarity,
members of the Santa Cruz Anti-Imperialist League 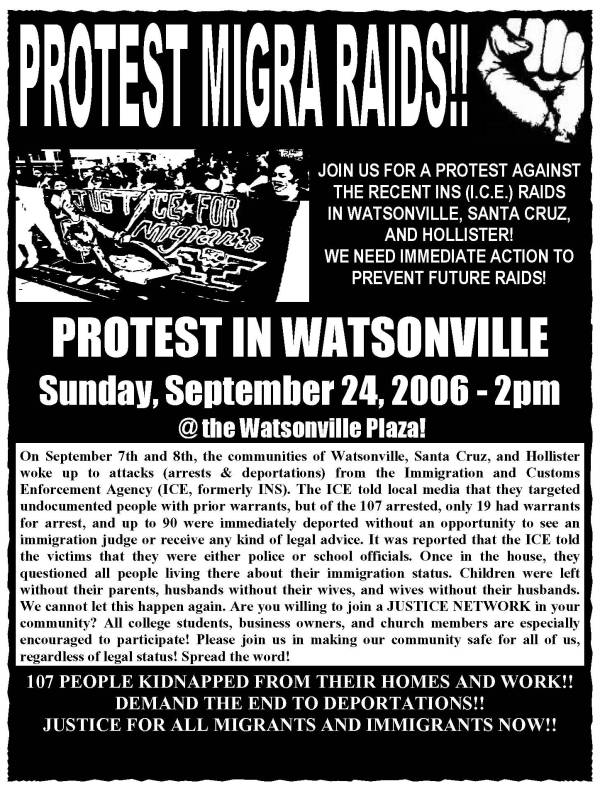 Here is a .jpg flyer to distribute
Add a Comment
Support Independent Media
We are 100% volunteer and depend on your participation to sustain our efforts!