Add an Event
Newswire
Calendar
Features
Home
Donate
From the Open-Publishing Calendar
From the Open-Publishing Newswire
Indybay Feature
Publish to Newswire
Add an Event
Related Categories: Santa Cruz Indymedia | Immigrant Rights
Reclaiming The Streets of Santa Cruz for Immigrant Rights
by ~Bradley (bradley [at] riseup.net)
Monday Sep 18th, 2006 10:39 PM
With only 24 hours of notice, people from all walks of life were invited to an emergency Reclaim The Streets protest in response to the recent mass-arrest of 107 immigrants in Santa Cruz, Watsonville and Hollister. On September 15th, a Reclaim The Streets protest marched from the post office down Pacific Ave and all around the Beach Flats. Not knowing how the Beach Flats community would respond to the protest, demonstrators raised their fists and chanted against deportations and la migra. Community members were happy and a bit surprised by the demonstration. Some people asked why nobody came through the neighborhood with flyers announcing the protest... 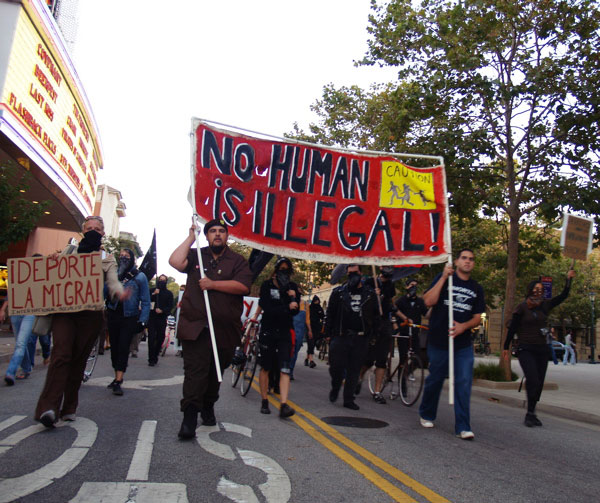 About 40 people Reclaimed the Streets with a message in support of all migrants and against all borders. The solidarity was appreciated by the Beach Flats community. And, the demonstration certainly impacted the people on Pacific Avenue. Chants included, "no borders, no nations, fuck deportations" and "chinga la migra, y la policia"

for more information, check out: 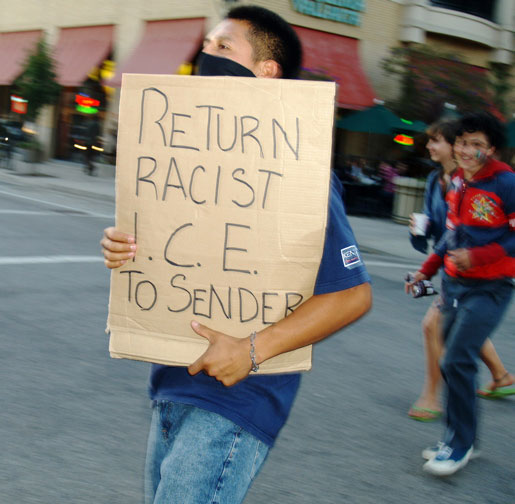 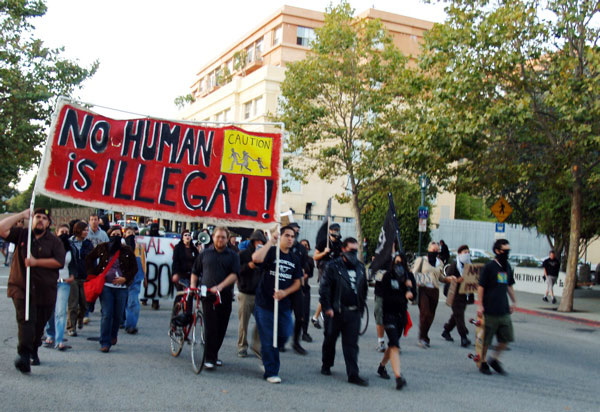 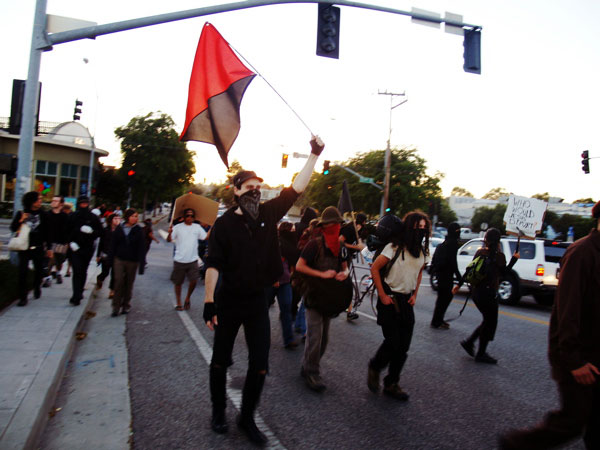 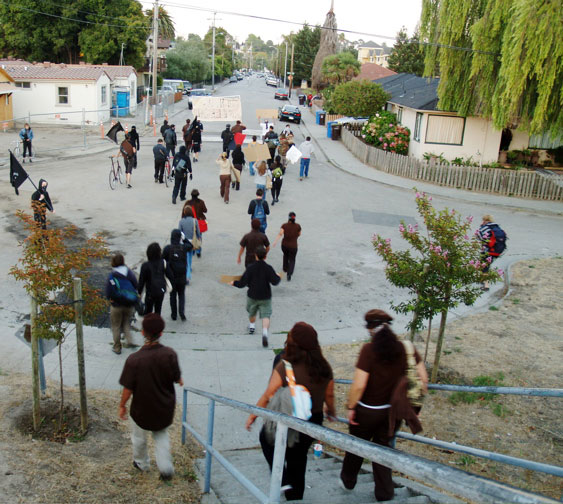 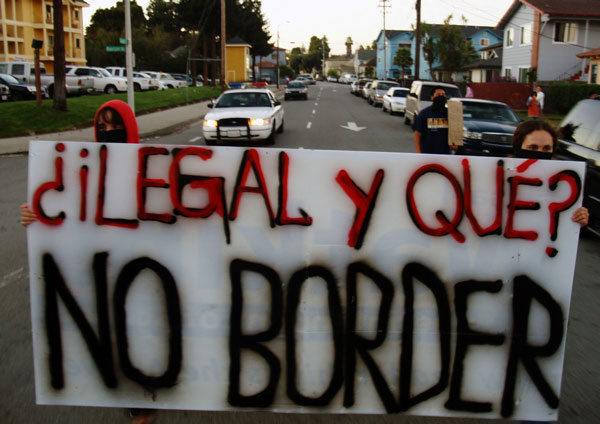 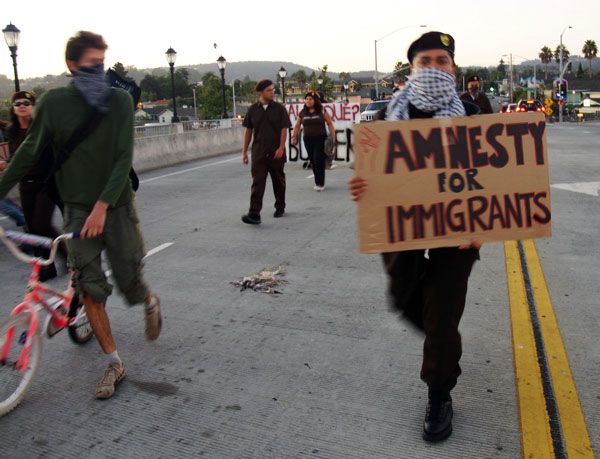 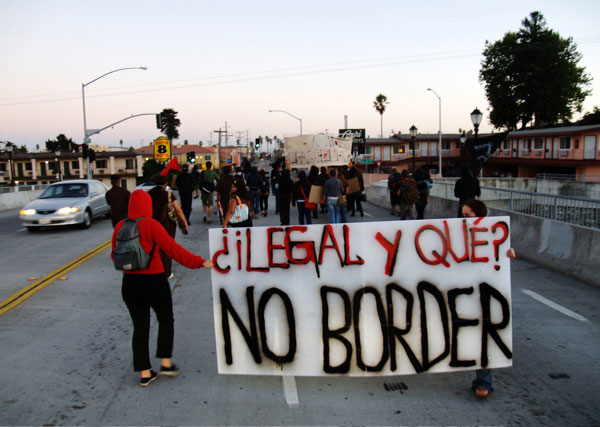 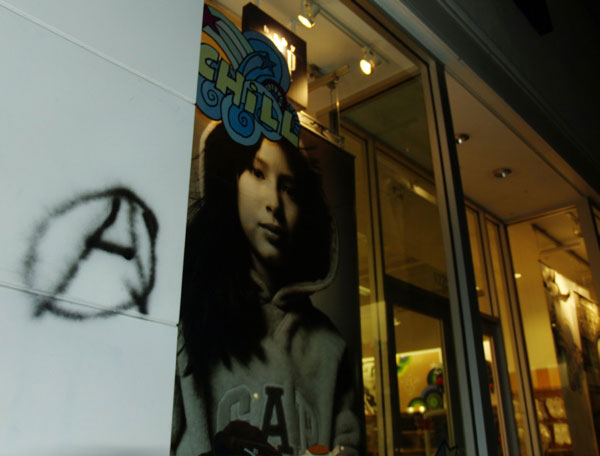