Add an Event
Newswire
Calendar
Features
Home
Donate
From the Open-Publishing Calendar
From the Open-Publishing Newswire
Indybay Feature
Publish to Newswire
Add an Event
Related Categories: Americas | International | Santa Cruz Indymedia | Global Justice & Anti-Capitalism
Photos of Oaxaca's 5th MegaMarcha: San Felipe to Oaxaca City (part 1)
by ~Bradley (bradley [at] riseup.net)
Thursday Sep 7th, 2006 12:01 AM
On September 1st, Oaxaca's 5th MegaMarcha took place starting in the community of San Felipe and ending at the zócalo in the center of Oaxaca City. Hundreds of thousands of people lined the streets and marched to demand the immediate departure of Ulises Ruiz Ortiz (URO), liberation for political prisoners, the cancellation of 70 government arrest warrants for people involved in the leaderless Popular Assembly of the People of Oaxaca (APPO, by its Spanish initials) movement and the desire for popular governance. San Felipe was the home to José Jiménez Colmenares, a mechanic married to a teacher, who was shot in the street while participating in a march organized by APPO on August 10th. 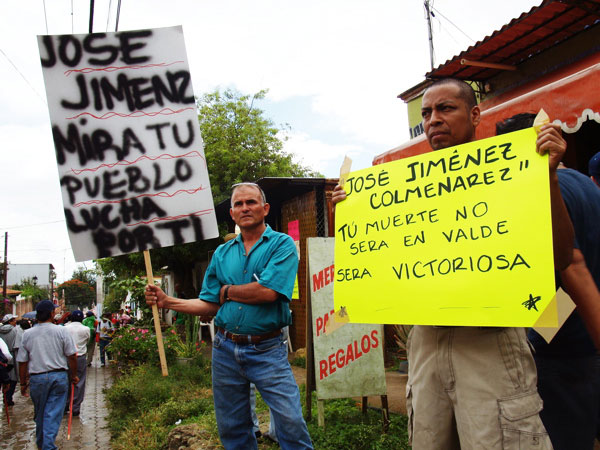 more informacion on the 5th MegaMarcha and the peoples' movement in Oaxaca:

Oaxaca’s Social Movement Develops Radical Vision for a National Government of the People
Despite Fatigue, Marchers Once Again Fill the Streets of the State Capital, as Social Leaders from Other States Visit to Learn from Oaxaca’s Example
http://narconews.com/Issue42/article2038.html

With Impunity, Ruiz Ortiz, the Face of Repression
http://austin.indymedia.org/newswire/display/34509/index.php 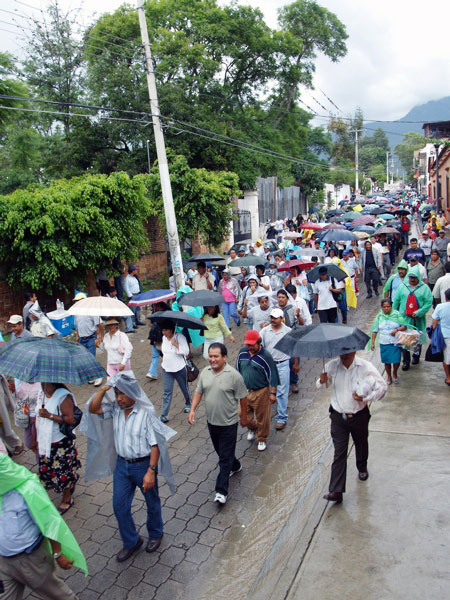 Heavy rain fell during the first portion of the march
§Presos Politicos
by ~Bradley Thursday Sep 7th, 2006 12:01 AM 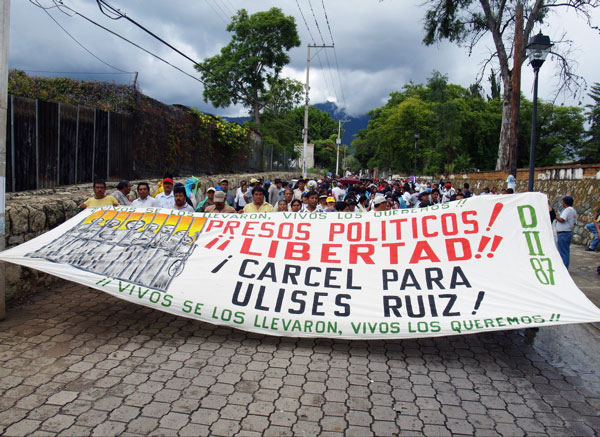 APPO calls for the immediate freeing of all political political prisoners and specifically Catarino Torres, Germán Mendoza, Erangelio Mendoza and Ramiro Aragón, a biologist and sympathizer of the movement.
§Pelate
by ~Bradley Thursday Sep 7th, 2006 12:01 AM 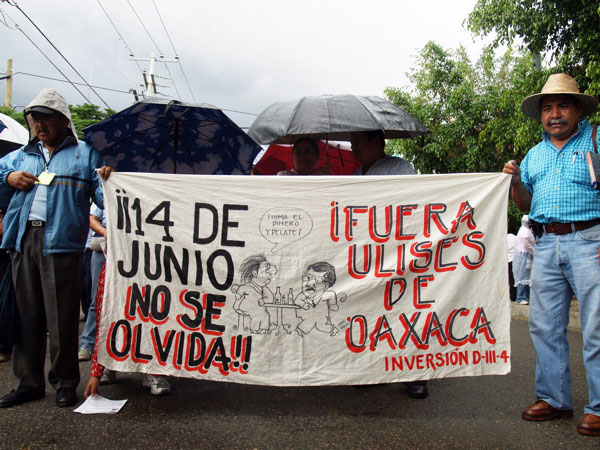 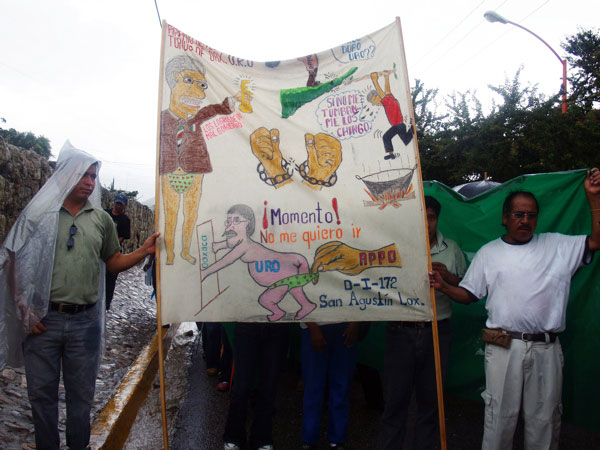 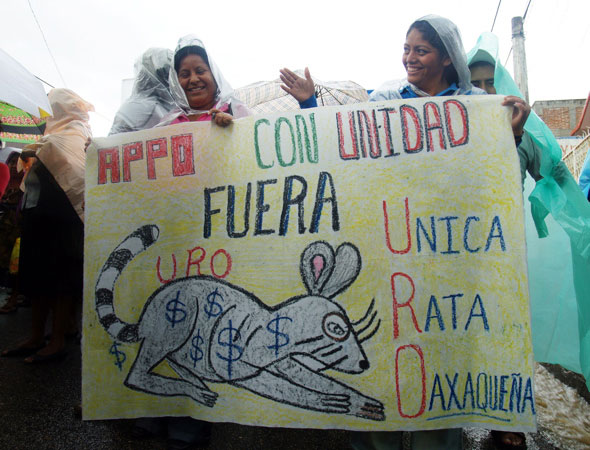 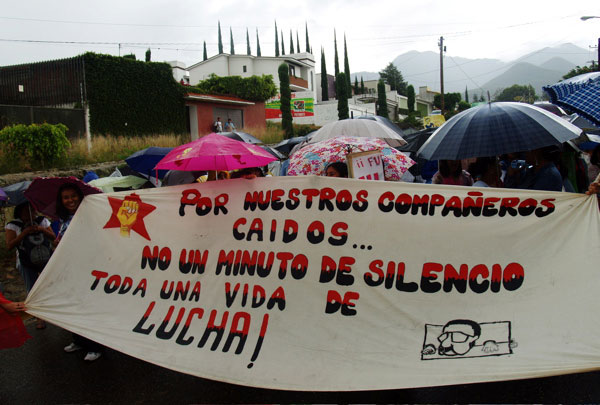 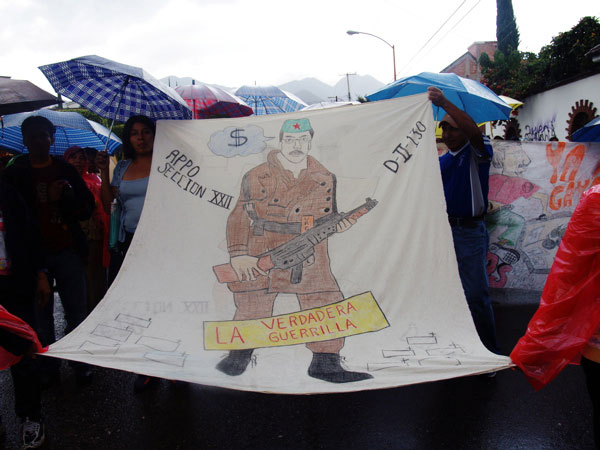 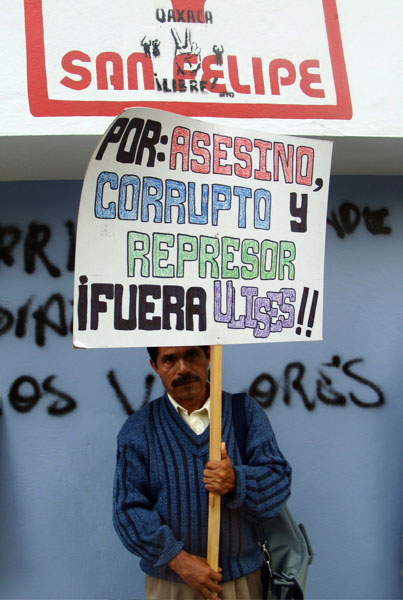 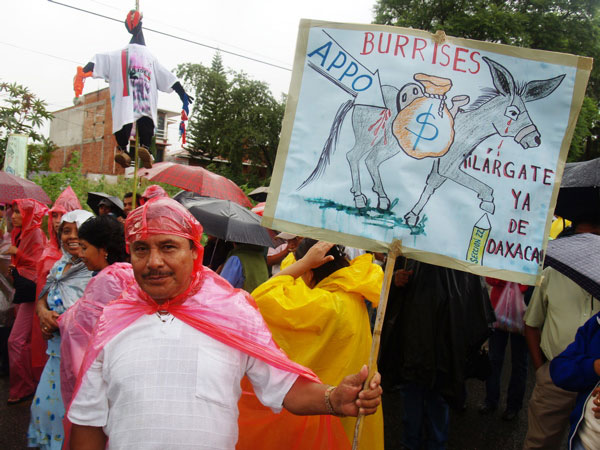 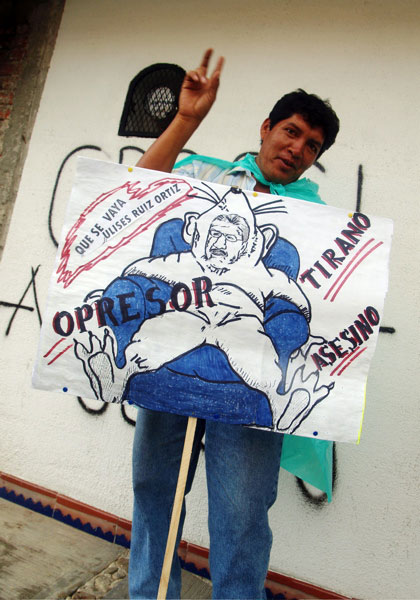 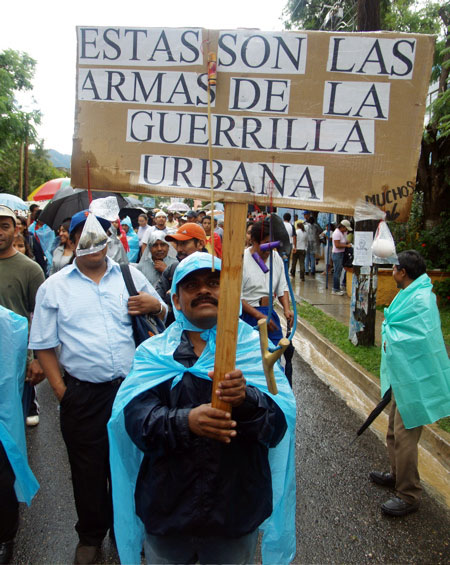 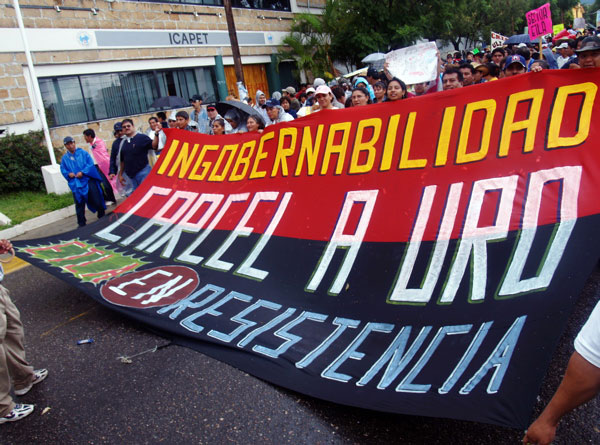 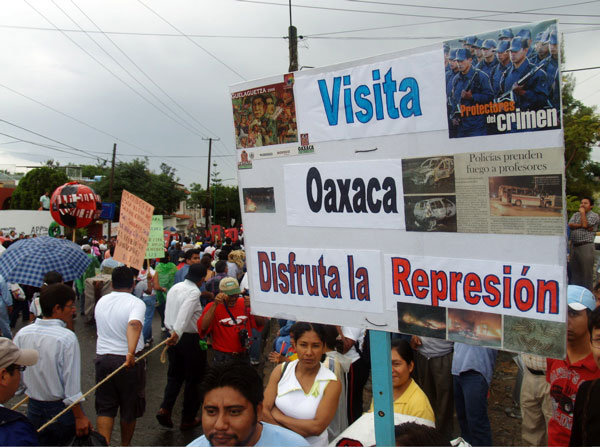 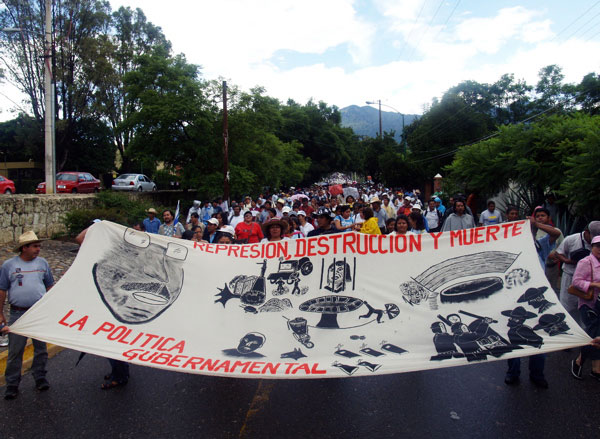 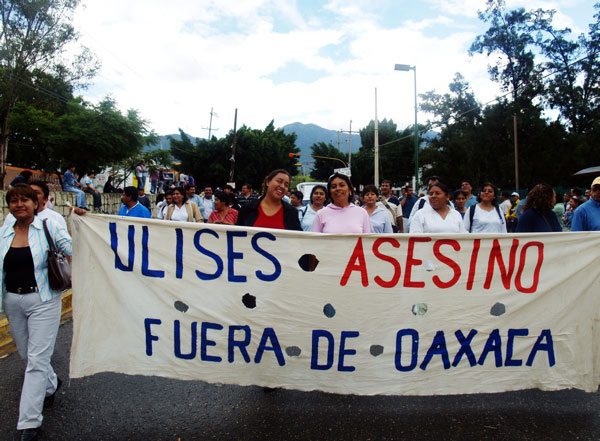 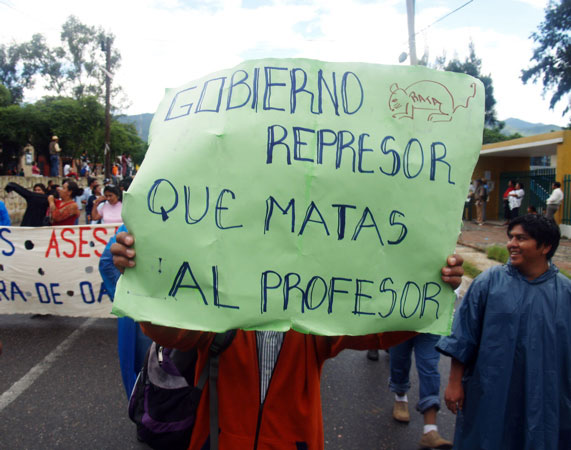 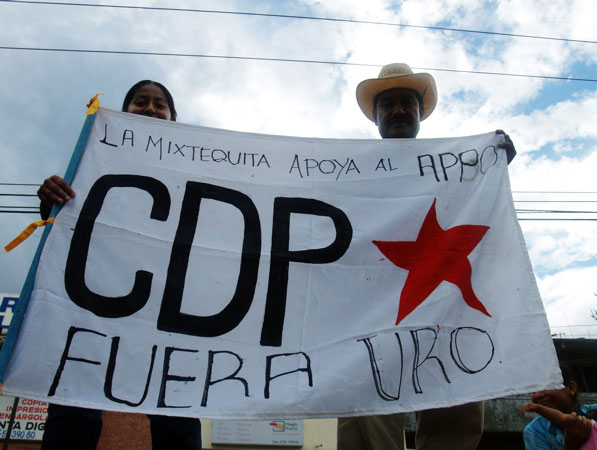 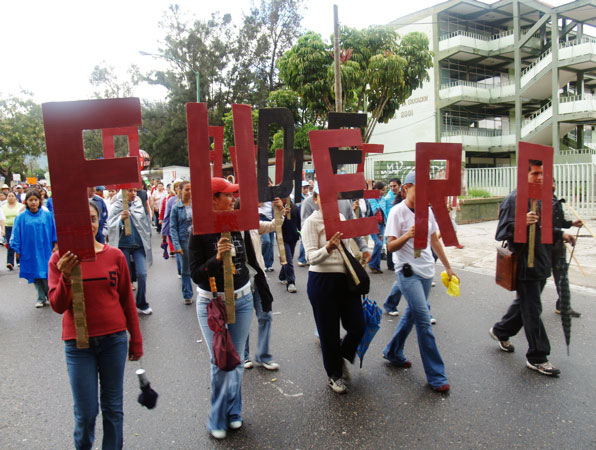 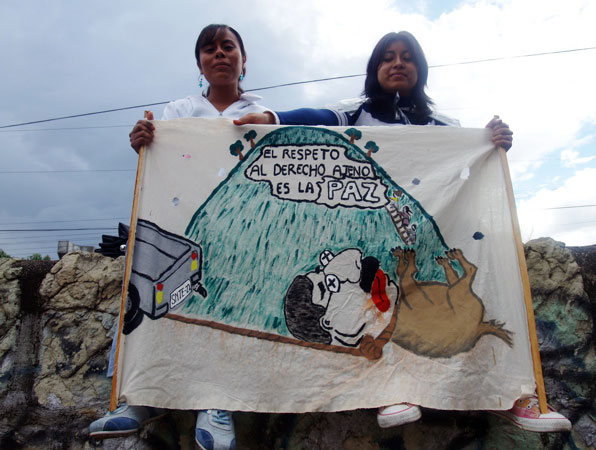 OAXACA CITY, June 20: Section 22, the Oaxacan local of the Mexican National Education Workers’ Union (SNTE in its Spanish initials) held the first Popular Assembly of the People of Oaxaca on June 17 to create a permanent space for citizens to exercise their guaranteed constitutional rights and assume a political position in analyzing the social and political realities that presently prevail in the state.
Add Your Comments
Support Independent Media
We are 100% volunteer and depend on your participation to sustain our efforts!