Add an Event
Newswire
Calendar
Features
Home
Donate
From the Open-Publishing Calendar
From the Open-Publishing Newswire
Indybay Feature
Publish to Newswire
Add an Event
Related Categories: U.S. | Anti-War
Hundreds rally for illegal war refuser Lt. Watada at Ft. Lewis
by Jeff Paterson, Not in Our Name (jeff [at] paterson.net)
Friday Aug 18th, 2006 3:07 PM
FORT LEWIS, WA (August 16, 2006) – On the eve of Lt. Ehren Watada’s first military hearing resulting from his refusal to deploy in support of the illegal war in Iraq, three hundred supporters rallied in his defense at the gates of Fort Lewis, Washington. 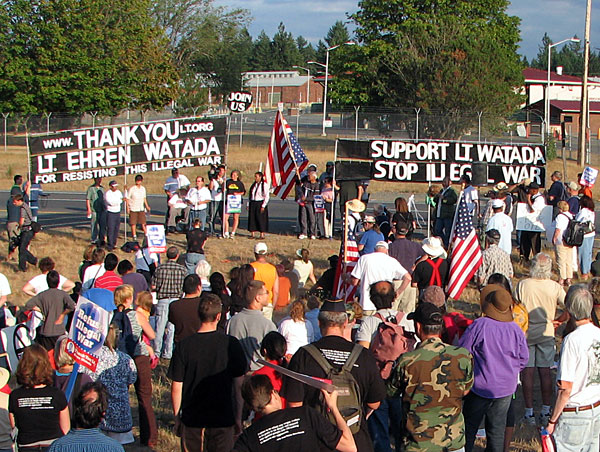 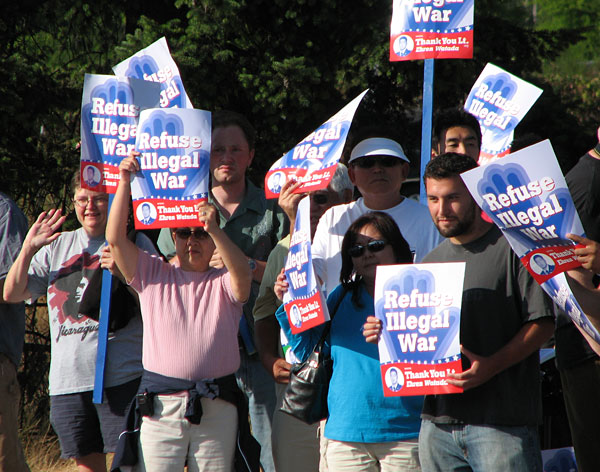 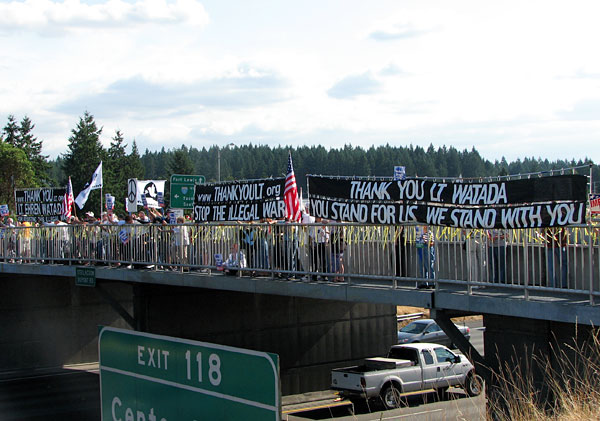 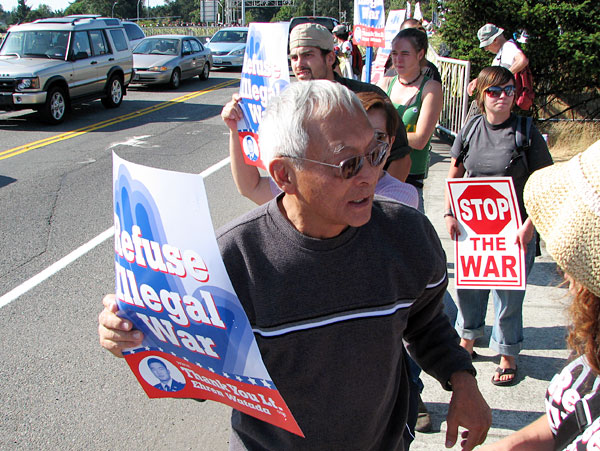 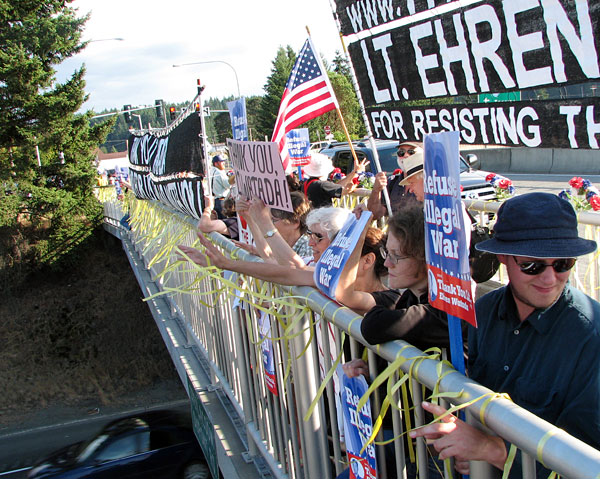 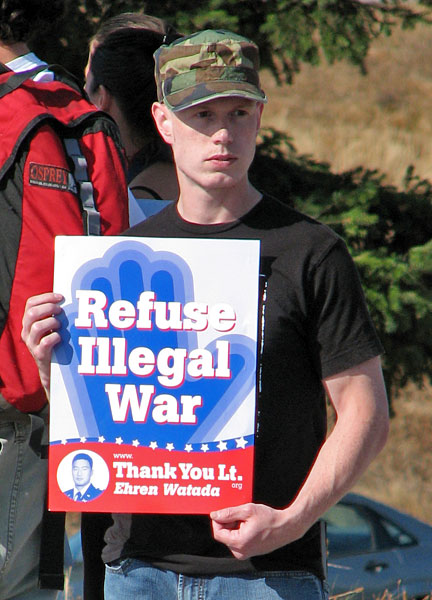 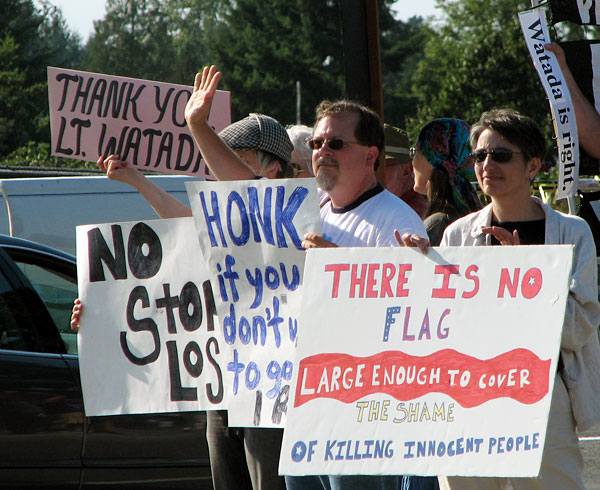 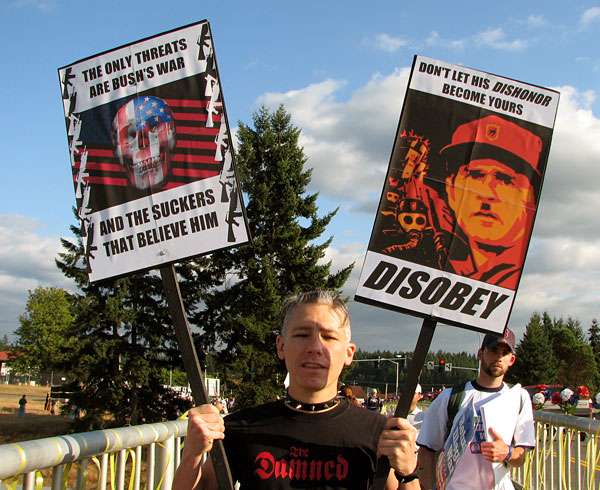 §Doug Nielson being unlawfully arrested for bannering on Exit 119 bridge
by Jeff Paterson, Not in Our Name Friday Aug 18th, 2006 3:07 PM 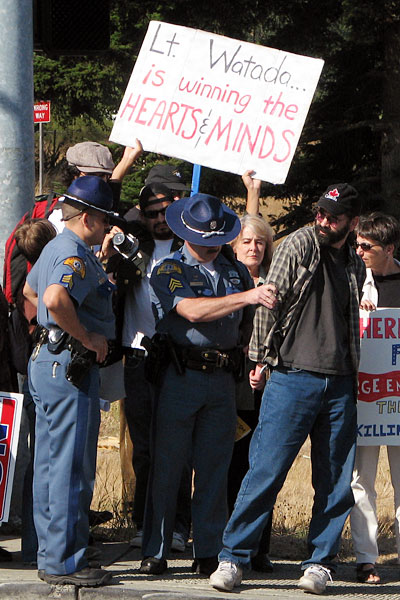 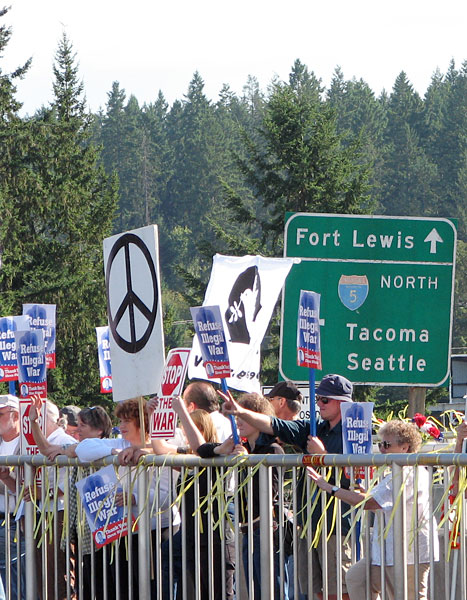 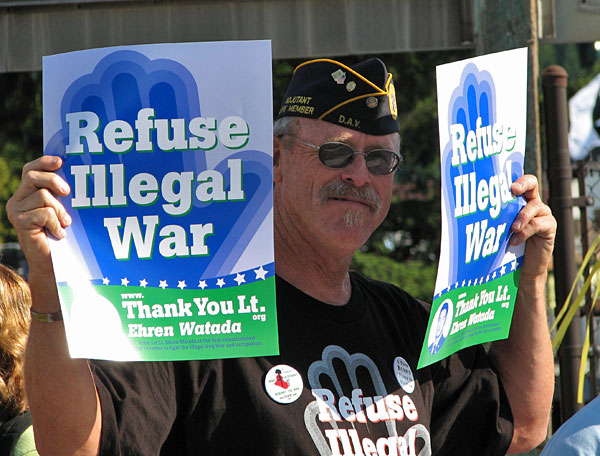 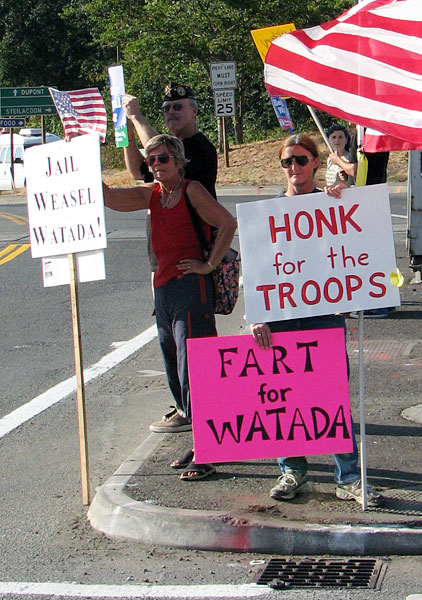 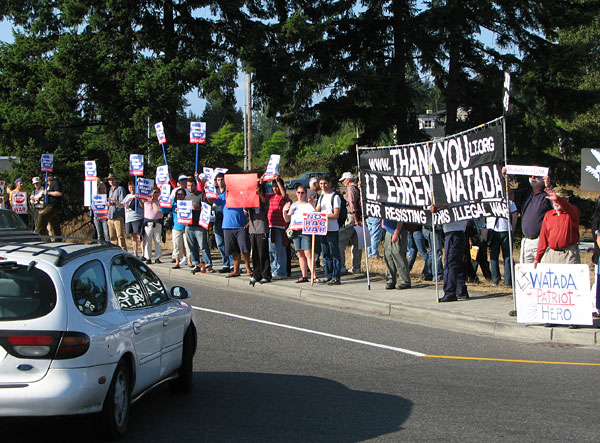 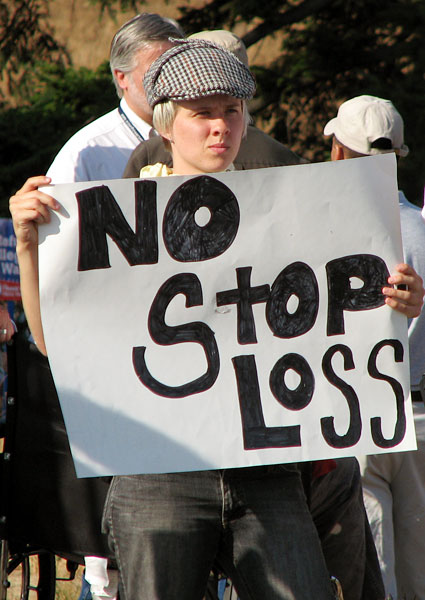 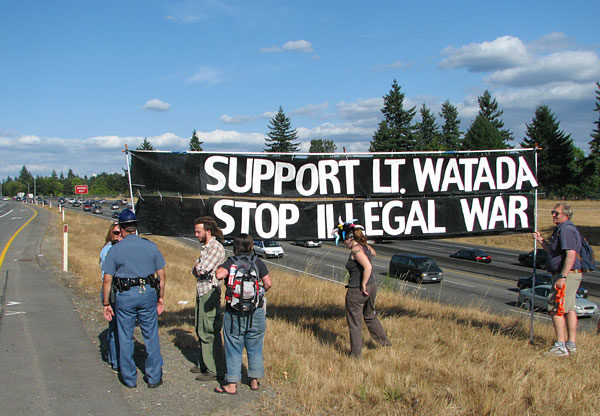 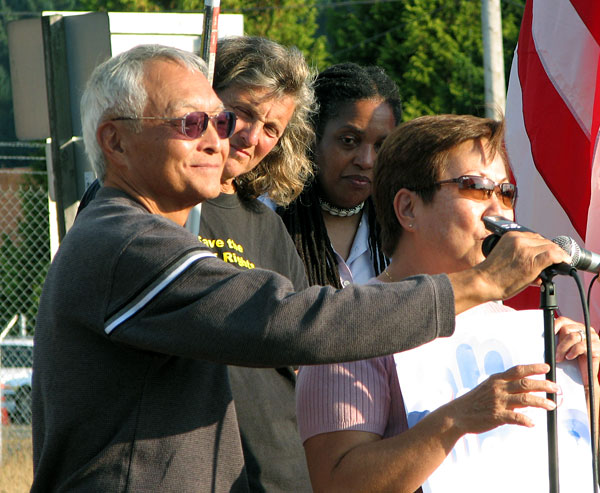 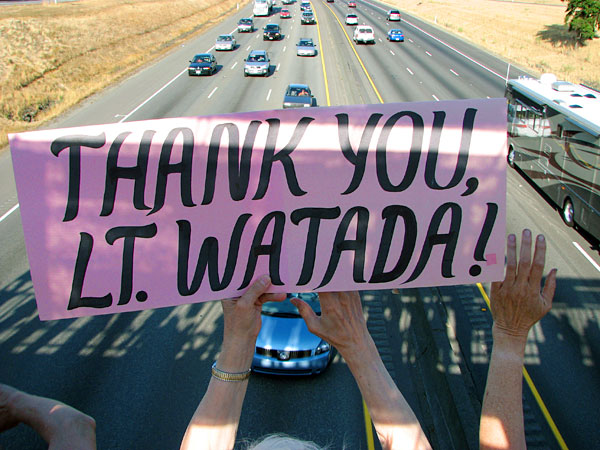