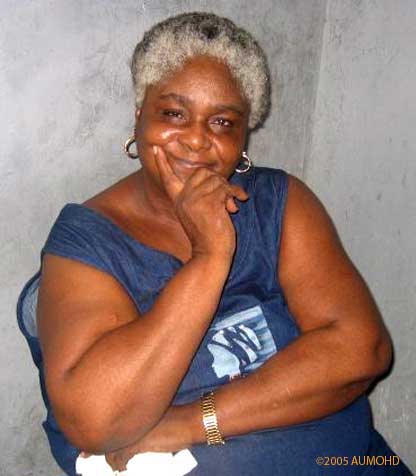 Popular folk singer and Haitian political activist Annette "So Ann" Auguste has been released from prison. Criminal court magistrate Fritzner Fils-Aime issued the release order late on Monday, August 14. So Ann, one of the most prominent supporters of former President Jean-Bertrand Aristide, was jailed shortly after the 2004 coup that ousted him.

In May 2004, US Marines used explosives to raid her home, then handcuffed her 5-year-old grandson and arrested her. In a letter dated May 10, 2005 So Ann, 62, recounted how " the U.S. Marines assaulted, brutally, my home in the middle of the night with explosives and large arms; terrorizing all within, especially the small children of my family".

So Ann and other defendants were arrested over alleged violence at a Haitian university that left the school's dean wounded. These and other charges against Haitian activists have been widely contested. Since current president Rene Preval took power many of the charges against former Aristide allies, jailed during the U.S.-backed administration of prime minister Gerard Latortue, have been dropped for lack of evidence. At the trial, as with others, no evidence was produced. Reuters reports Magistrate Fils-Aime as admitting "There has been no evidence linking those people to these incidents."

Preval, a former Aristide ally, has estimated that about 100 Aristide allies, including former Prime Minister Yvon Neptune and former Interior Minister Jocelerme Privert, had been released since he took office in May.

"According to all the inquiries and investigations presented by the prosecuting folks in Haiti," said Marguerite Laurent from the Haitian Lawyers Leadership Network (HLLN), "the determination is that there was no legal reason for So Ann to have been put in jail in the first place." The HLLN announced that a Haitian contact for the organization had attended the hearing where So Ann, along with Yvon "Zap Zap" Antoine, Paul Raymond, and George Honore had their cases examined by the judicial authorities.

According to the contact, all those who signed complaints against So Ann, including industrialist Charles Henry Baker, a leader of the Group of 184 opposition organization and recent Presidential candidate, failed to appear in court to prove their claims. Defense attorney Mario Joseph, of the Bureau des Avocats Internationaux, showed medical records to show where So Ann was on December 5, 2004 and other evidence that exonerated all the wrongfully and illegally held detainees.

Kwan Booth is a writer and Editor at the Oakland Post, where this story first appeared.
Add Your Comments
LATEST COMMENTS ABOUT THIS ARTICLE
Listed below are the latest comments about this post.
These comments are submitted anonymously by website visitors.