Since 1996, the democratic Republic of Congo has been preyed upon by repeated invasions of Rwandan and Ugandan armies, profiting from the support of the International Community. However, beyond the economic proven interests that feed these invasions; human price is the most expensive by far.
In 1996, the pretext found to destabilize the Democratic Republic of Congo, former Zaire, was to get rid of Mobutu, sanguine dictator that the American Government placed into power, who eventually became cumbersome.

However, due to this reason, which brought the Rwandan-Ugandan coalition armed to invest in military, the Democratic Republic of Congo did not thrive for an extensive amount of time. Rather than to free the country from the dictator, Mobutu, the Rwandan and Ugandan armies were fueled by an unbounded plundering of ground and underground resources, which the country conceals in abundance. The reasons, which were initially called upon to carry out this war grew blurred with profit of true motivations of one and others: to exploit in shameless manner, the richness of Congo. The United Nations report-ratio on the plundering of the richness of the Democratic Republic of Congo is rather eloquent on this subject. But what is somber, is in fact, the annexation of the rich province of Kivu by Rwanda, a province where the customs duties are not charged any more by the authorities of Kinshasa. The richness of this province is financing the defense budget of Rwanda; a situation, which supported emergence in Kigali of a politico-soldier Mafia and evil quarrelsome, especially marked by a continuous corruption.


In August of 1998, as previously in 1996, Rwanda and Uganda invaded the Democratic Republic of Congo, in order to confiscate its integrity and its sovereignty, specifically against international texts and laws relating to the
Borders Intangibility.

This invasion caused serious violations of the international legal instruments relating to human rights, in particular, the Universal Declaration of Human rights. This Rwandan-Ugandan invasion was allowed, in contradiction with the moral values, which govern this contemporary civilization.

The issue of this invasion occurs from comment. Civil population without defense underwent fury of armed men without faith or law and had been used as cannon fodder to bloodthirsty men in legion of the Rwandan Patriotic Army and Museveni; result: More than Four Million (4,000,000) of Congolese people were killed. However, the horror did not cease there, these invaders, true ogres, continued to be characterized by cruelty. Rapes, tortures, immoral acts of violence, systematic plundering of ground and underground resources of Congo; armies of Paul Kagame and Yoweri Museveni put the Democratic Republic of Congo out of systematic regulation. Congolese women and children were thus used as sexual instruments to the soldiers of these two armies whose legendary perversity is not any more to show. Consequence: the rate of HIV-AIDS was increasing. Without forgetting, famine, which prevails in this rich country, includes deforestation and desolation. However, this genocide perpetrated by Rwanda does not go without mentioning the one made by their Masters, the Belgians. For economic reasons also, the colonial regime "Léopoldien" resulted in the death of more than 10 million Congolese. The "civilizing movement" set up by the king of the Belgians had struck extremely. Jan Vansina, a highly skilled professor of History and Anthropology at the University of Wisconsin, estimates that the population of Congo decreased by half between 1880 and 1920 and according to, Adam Hochschild, the population of Congo would have passed from 50 million to 10 million between 1880 and 1920.

In 1924, the population of Congo was estimated at 10 million inhabitants. The causes of this mortality are famine (at the time of defections and escapes, at the time of prolonged imprisonments, at the time of deportations, in camps and colonies...); exhaustion due to the extreme working conditions; imprisonments; wars and massacres; effects of environment (on the populations brought to flee villages); accidents (construction of railroads); precarious sanitary arrangements in the camps at the time of deportations. It is against this double genocide, Belgian against the Congolese people initially and then Rwandan-Ugandan against the same people that we rise.

We rise more and more, especially since the current genocide perpetrated by Rwandans and Ugandans inside the Congolese soil along with all these horrors, which result from it, by no mean seems to move the international community whose silence on this subject still perplexed.
“What is necessary for the international community?” The United Nations must move forward and analyze the situation.
“How many more deaths must the Democratic Republic of Congo experience?” A half million people have been massacred in Rwanda. The mobilization and the emotional load still remain present for more than ten years afterwards.

“Aren't the Congolese massacred by the Rwandans?” “Are they not human beings?” This massacre on a large scale is described as genocide.

It is against this policy of two weights and two measurements of the international community that JAMAA GREEN & PEACE rises and requires justice. Haro, a United Nations silence accomplice, closes his eyes vis-à-vis to the cruel and degrading treatments from which the Congolese people suffer until today. It is for this purpose that JAMAA GREEN & PEACE, under the impulse of its’ president Yohe Basumine MBUYU, launches a campaign against organized crimes in central Africa and the double genocide of the Congolese people. This campaign envisions a series of objective actions that in the long term will make the world recognize the atrocities, which have been made against the people of central Africa, specifically, the inhumane act of genocide that Congolese people are victims.


The international community must recognize genocide as perpetrated against the Congolese people and bring authors of this genocide to justice into international jurisdictions according to the applicable laws.


We are JAMAA GREEN & PEACE, an International Humanitarian Organization fighting for the Human rights, Protection of Environment, Health, Education, Culture and Fight against Poverty.

This conflict come from the invasion and aggression of The Democratic Republic of Congo by the Rwandan and Ugandan Army who killed more than Four (4) million people (4.000.000) between 1998 and 2001. (For References see Amnesty International, Human Rights Watch and United Nations Report).

Join us in this fight for Human being dignity.
And in addition please assist us financially to raise universally the voice of this cause.

With all our wishes of Peace for a better world,


You can help us to raise universally the voice of this cause by making a donation by check, money order or wire to:

Thank you for your generosity
JAMAA GREEN & PEACE 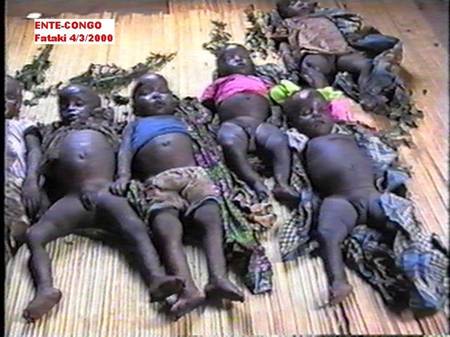 Since 1996, the democratic Republic of Congo has been preyed upon by repeated invasions of Rwandan and Ugandan armies, profiting from the support of the International Community
§Holocaust in Congo
by YOHE MBUYU Thursday Aug 17th, 2006 11:54 AM 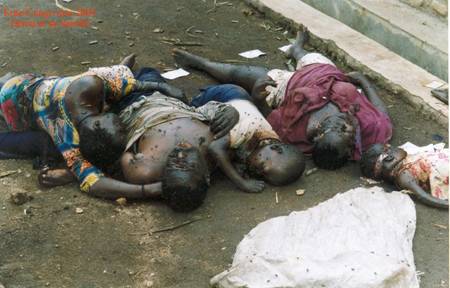 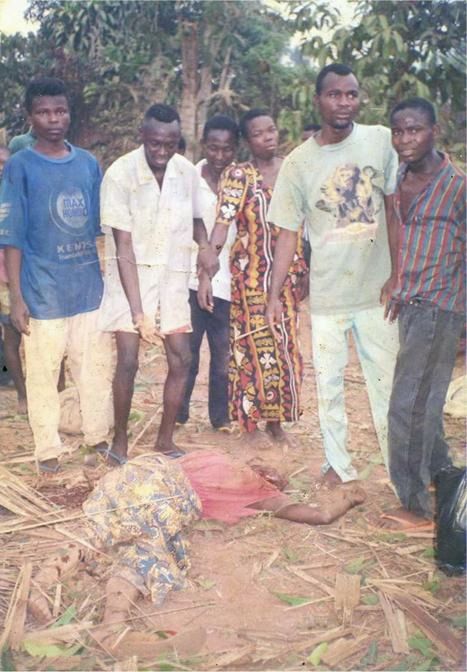 Women are raped and killed by invaders
§Humiliation
by YOHE MBUYU Thursday Aug 17th, 2006 11:54 AM 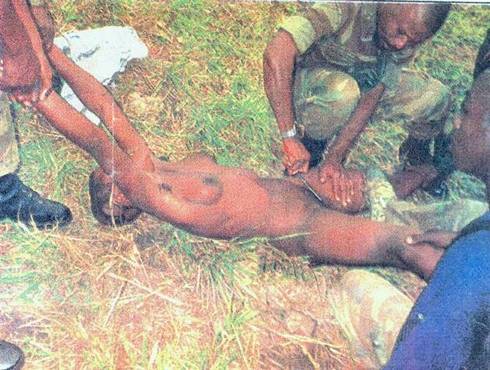 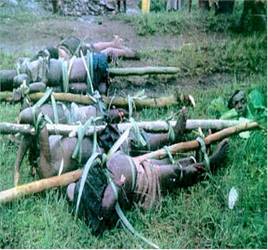 Congolese People are massacred by the armies of Rwanda and Uganda
§Genocide in Congo
by YOHE MBUYU Thursday Aug 17th, 2006 11:54 AM 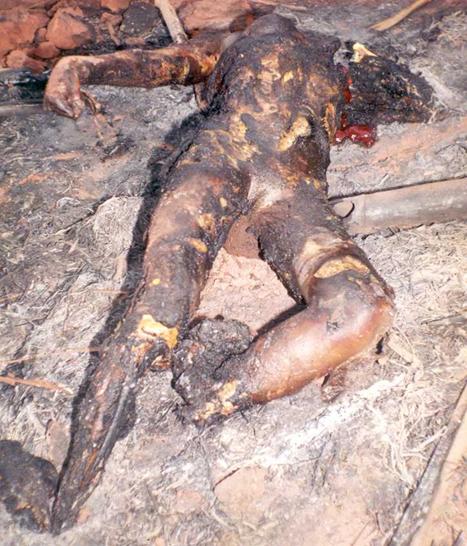 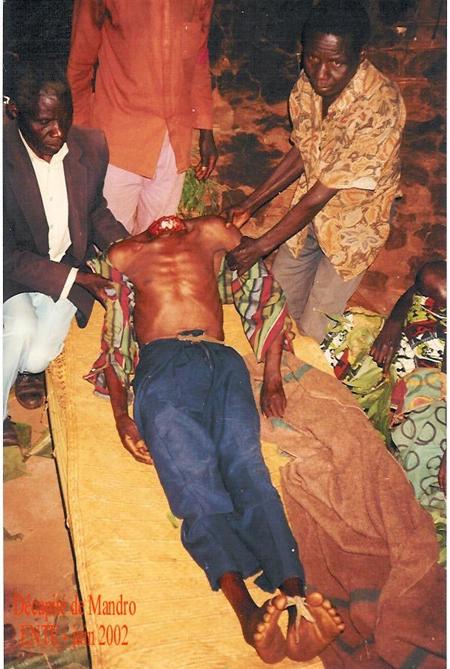 A be headed man , more than Four Million congolese people are kille by Rwanda and Uganda
§Victims of Genocide
by YOHE MBUYU Thursday Aug 17th, 2006 11:54 AM 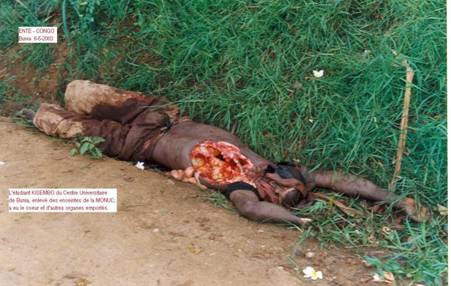 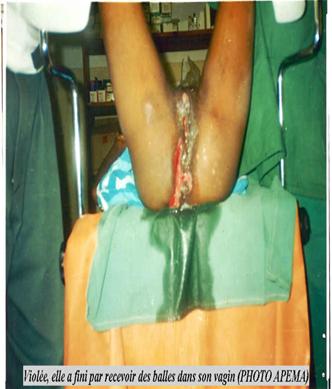 This young lady was rapped by a invader soldier who shoot her in her vagina after sex
§Innocent victim
by YOHE MBUYU Thursday Aug 17th, 2006 11:54 AM 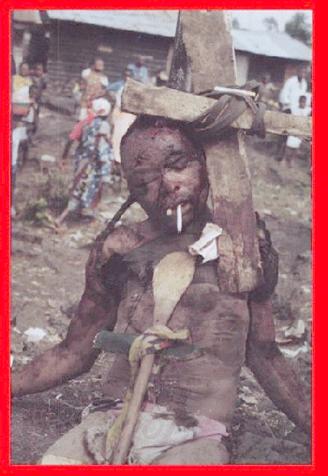 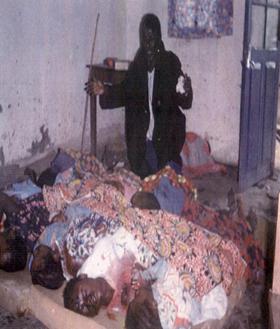 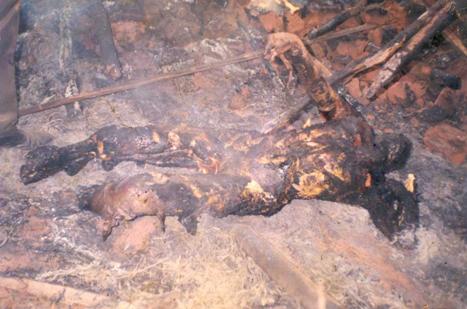 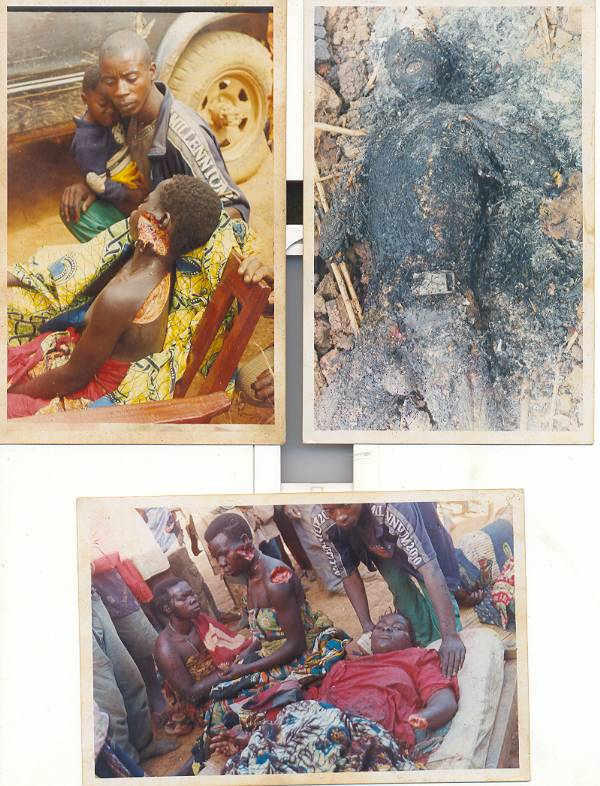 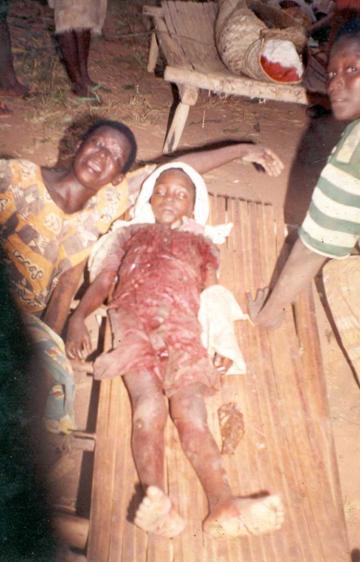 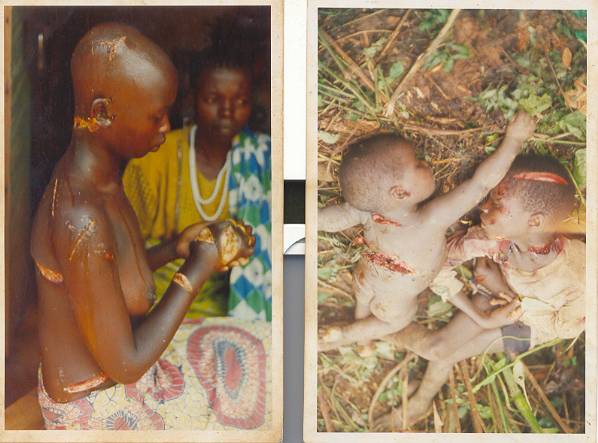 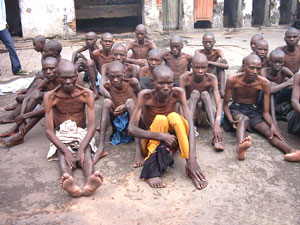 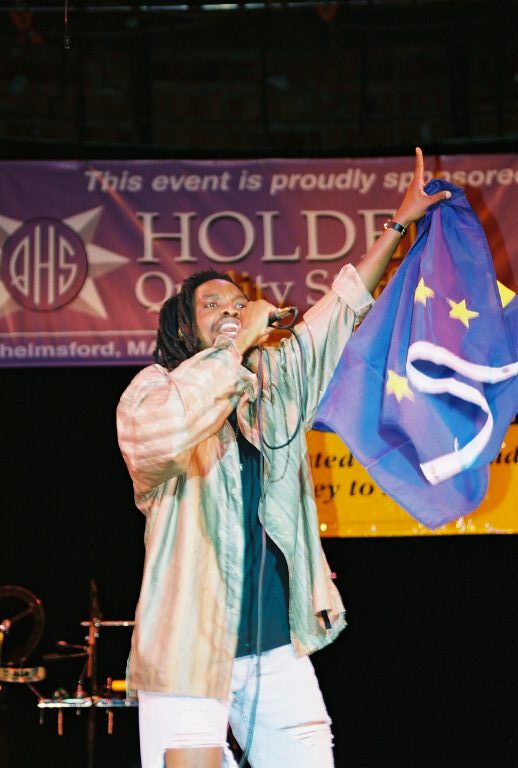 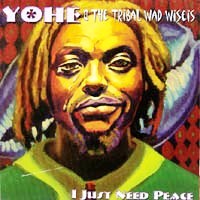 I JUST NEED PEACE
Add Your Comments
Support Independent Media
We are 100% volunteer and depend on your participation to sustain our efforts!