Add an Event
Newswire
Calendar
Features
Home
Donate
From the Open-Publishing Calendar
From the Open-Publishing Newswire
Indybay Feature
Publish to Newswire
Add an Event
Related Categories: Palestine | San Francisco | Anti-War | Womyn
Jewish Women In San Francisco Take Stand Against War In Lebanon
by Z
Sunday Aug 13th, 2006 12:46 PM
A large portion of the US Jewish community in the United States is opposed to war. While many of the right-wing groups that pretend to speak for all of us try to portray the US Jewish community as being supportive of the war in Lebanon, they do not speak for the majority of us.

At the August 12th anti-war protest in San Francisco, Women in Black carried antiwar signs and many others in the crowd held signs making it clear that they were Jewish and opposed Israel's actions. 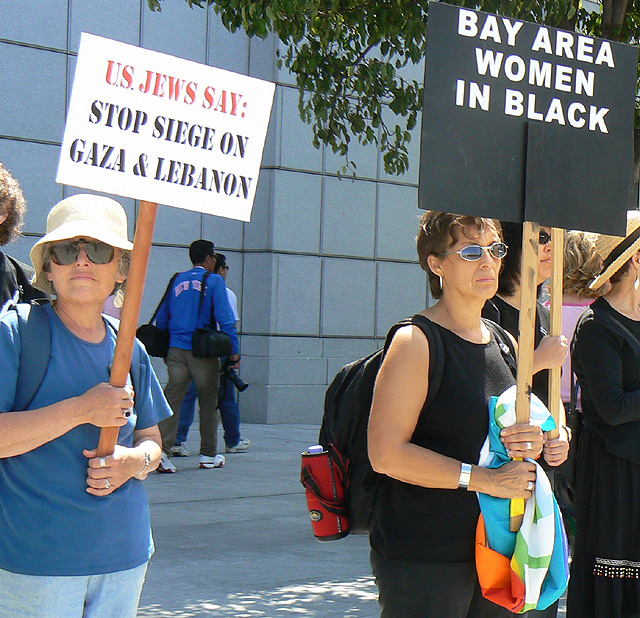 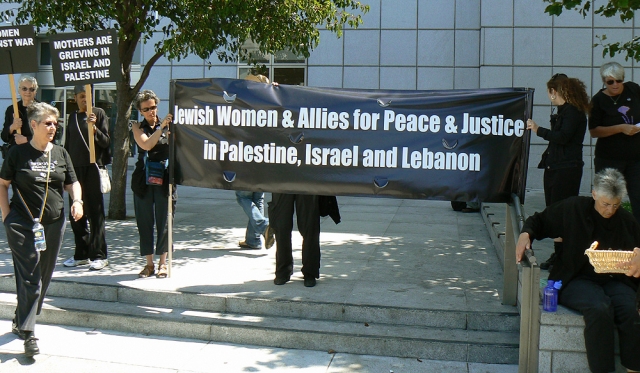 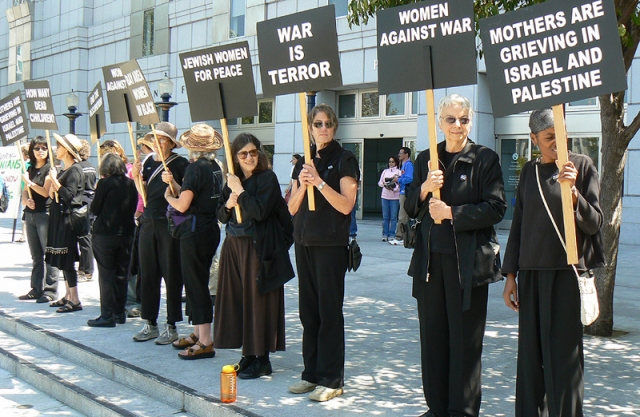 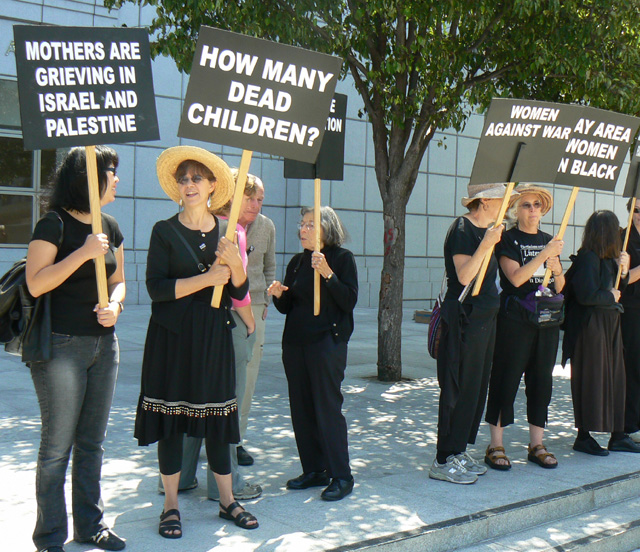 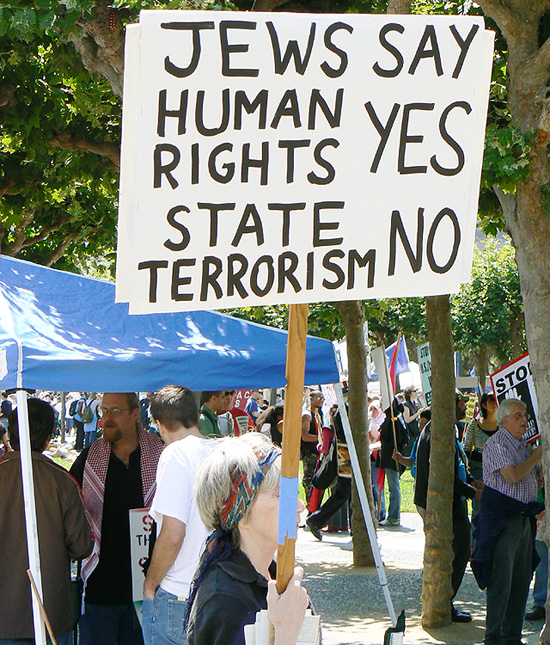