Add an Event
Newswire
Calendar
Features
Home
Donate
From the Open-Publishing Calendar
From the Open-Publishing Newswire
Indybay Feature
Publish to Newswire
Add an Event
Related Categories: San Francisco | Anti-War
NATIONAL EMERGENCY MARCH IN SAN FRANCISCO, AUGUST 12, 2006
by A.N.S.W.E.R. Coalition (answer [at] actionsf.org)
Sunday Aug 13th, 2006 12:46 AM
On August 12, thousands of people defied the hype and took to the streets in San Francisco and cities around the U.S. to expose the terrorism Israel inflicts on Lebanon and Palestine with U.S. bombs and weapons. Bush wants the media to focus on something other than the growing anti-war movement in the United States. 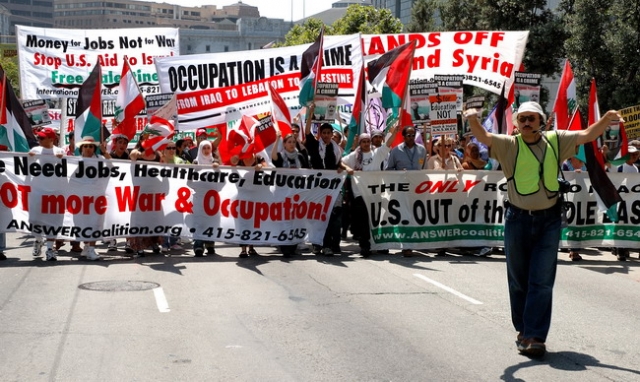 Despite the vote at the UN Security Council calling for a “cessation of hostilities,” the U.S.-Israeli war is continuing. Friday, Israeli war planes bombed what was clearly a refugee convoy of hundreds of vehicles, killing at least 7 people and wounding 36 others. Other Israeli air strikes killed at least 22 civilians. More than 100,000 people in southern Lebanon are facing an extreme shortage of food, and relief convoys have been blocked. Israeli prime minister Olmert has announced that the Israeli offensive in Lebanon will continue.

The Security Council resolution allows Israel troops to remain inside Lebanon. It demands that the Lebanese resistance cease “all military operations,” but only calls on Israel to stop “offensive” operations. Israel construes all its military operations as “defensive.”  There is no provision requiring Israel and the U.S. (which has provided much of the deadly weaponry used by Israel in the war as well as continual re-supply of bombs and jet fuel) to pay reparations for the massive death and destruction inflicted on Lebanon. There is no assurance whatsoever that the UN vote will lead to an end to the war.

The Israeli government has approved a massive ground invasion. Thousands more are likely to die as Bush and the Israeli government pursue the fantasy that they can conquer the Lebanese people and incorporate their country into their sphere of influence by brute force. At this moment, while the Israelis are poised to send tens of thousands of additional troops into Lebanon, the people of Lebanon are already without water, food, medicine, their homes demolished. 55% of the people in hospitals from the strikes so far are children. The courage and strength of the Lebanese people is inspiring people throughout the world.

What would you expect from Bush at the moment that the people of this country have turned so decisively against his policy of endless war in Iraq, and now in Lebanon? What else can the White House do when it knows that mass anti-war protests are going to fill up the streets around the White House this Saturday as the people of the United States show that they are joining the rest of the world in condemning the brutal and barbaric assault against Lebanon and Gaza?

We know the drill. Red Alerts, Orange Alerts, dramatic "we are at war" press conferences, the invoking (again) of September 11, as an act of cynical political manipulation. We are experiencing again the only tactic that the Bush White House and their buddies in the so-called free press believe might, might work at momentarily distracting or paralyzing the people from mass action against their criminal acts. Mr. Bush is trying to change the subject but it won't work!

On August 12, thousands of people defied the hype and took to the streets in San Francisco and cities around the U.S. to expose the terrorism Israel inflicts with U.S. bombs and weapons. Bush wants the media to focus on something other than the growing anti-war movement in the United States.

Every mass movement whose time has come, whose ideas are contagion encounters the lies and propaganda of the status quo and the powers that be. And every historically valid movement rises to the occasion, displays its determination and mobilizes the people to struggle for justice.

From Iraq to Lebanon to Palestine, Occupation is a Crime!

Money for Jobs and Education, Not for War and Occupation!

All photos by Bernie Fox 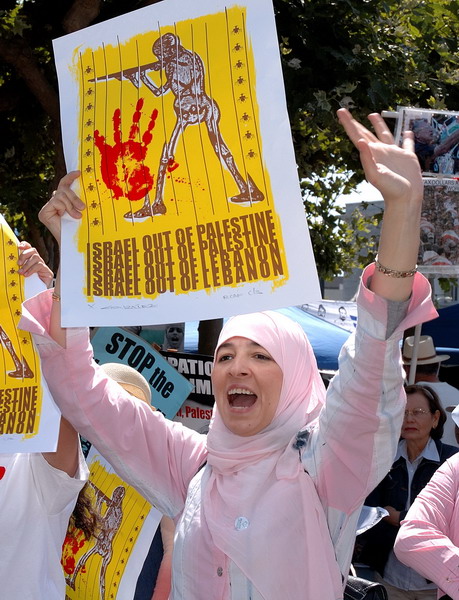 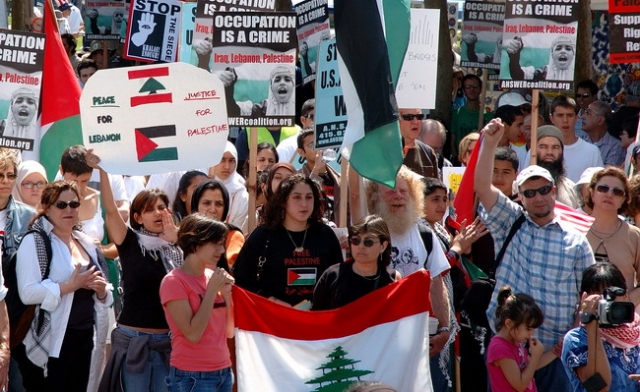 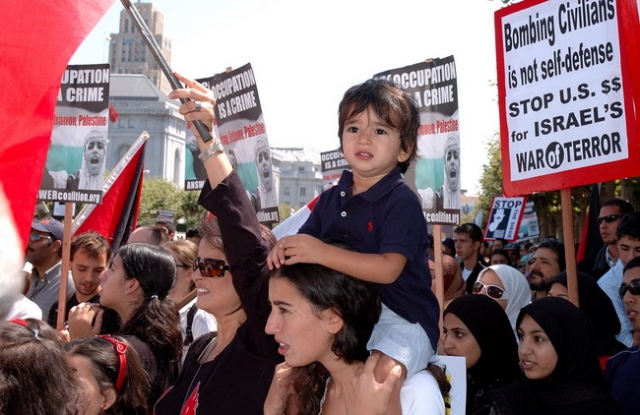 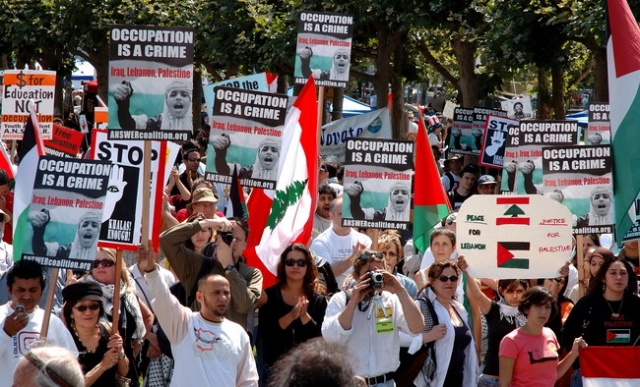 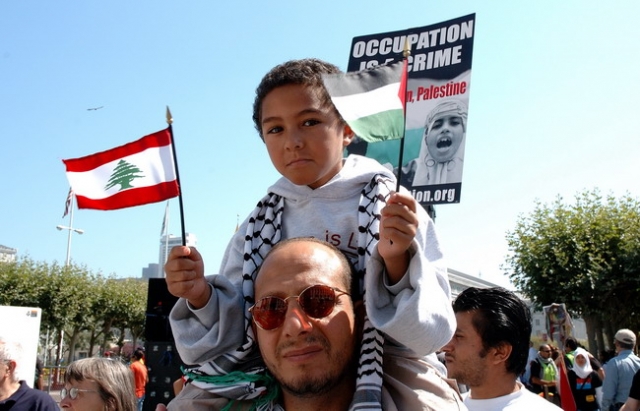 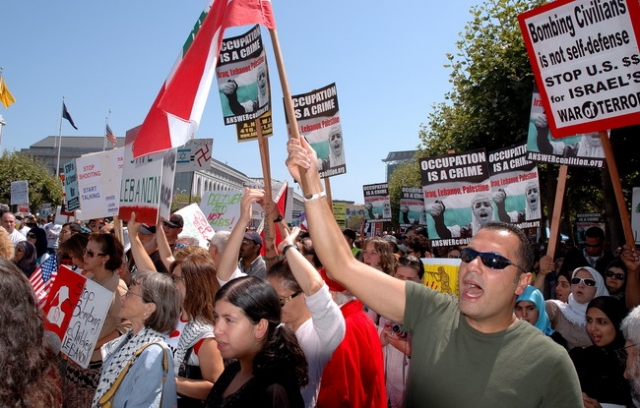 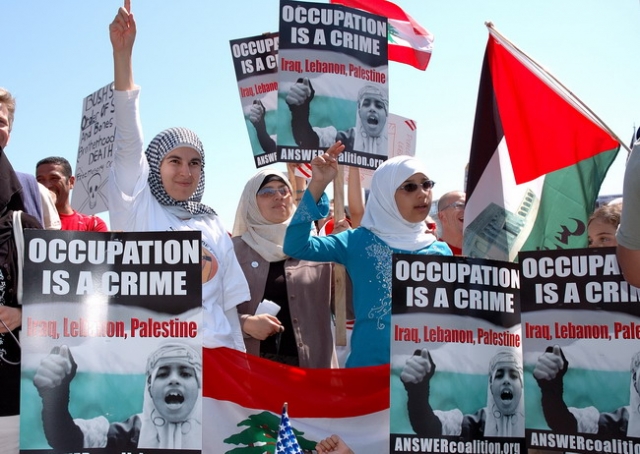 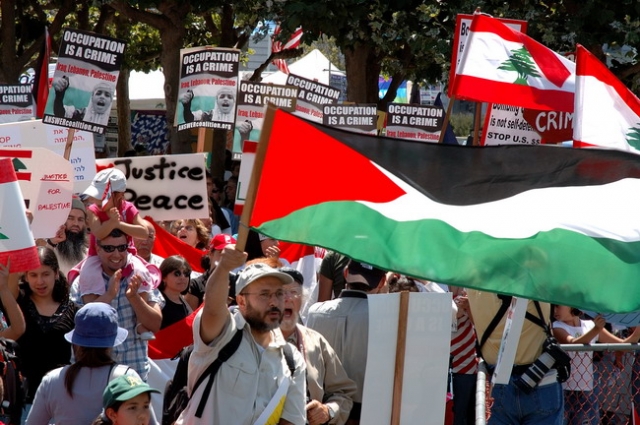 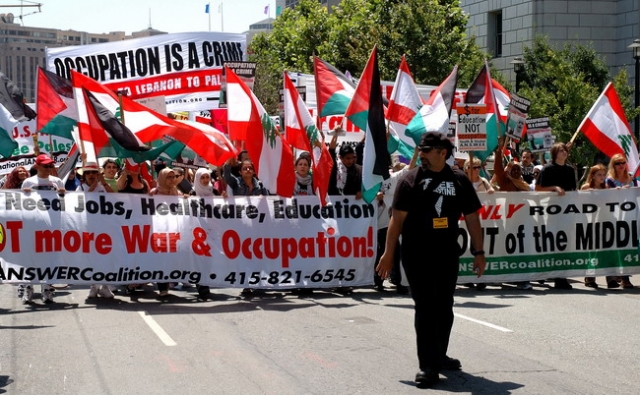 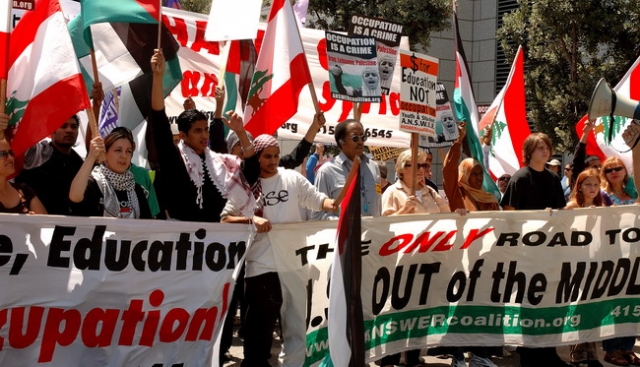 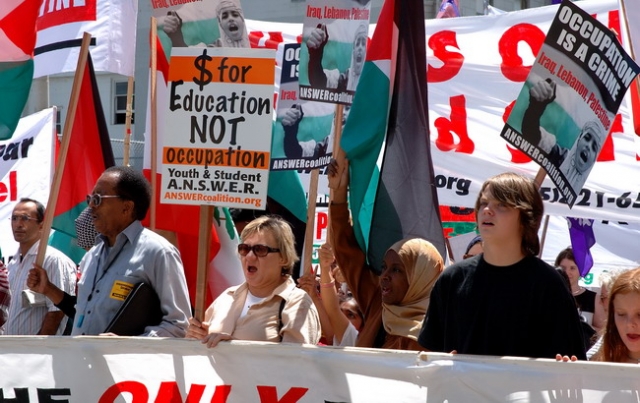 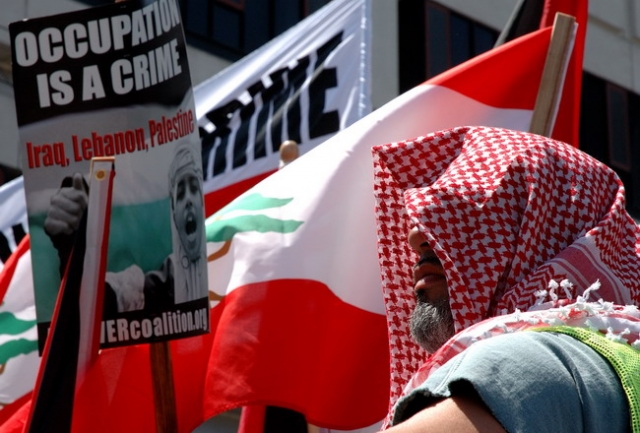 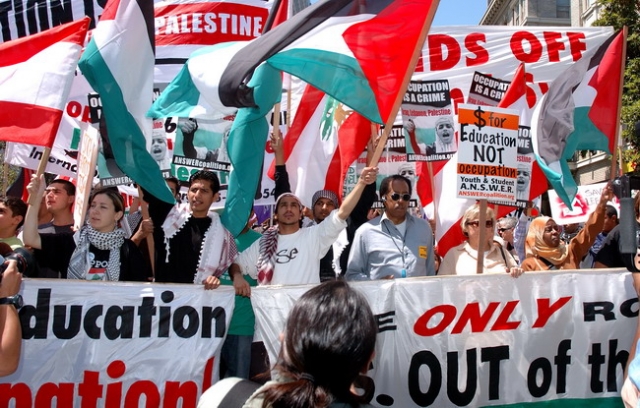 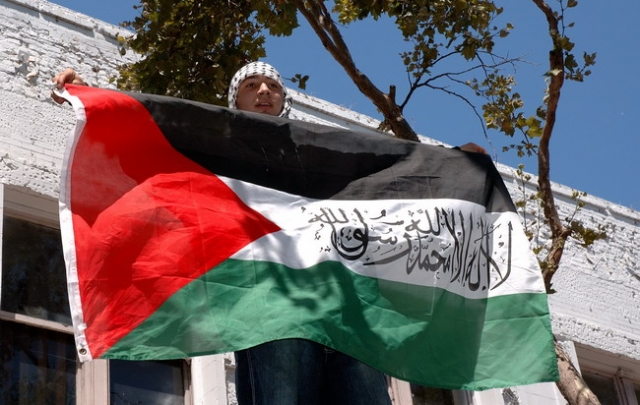 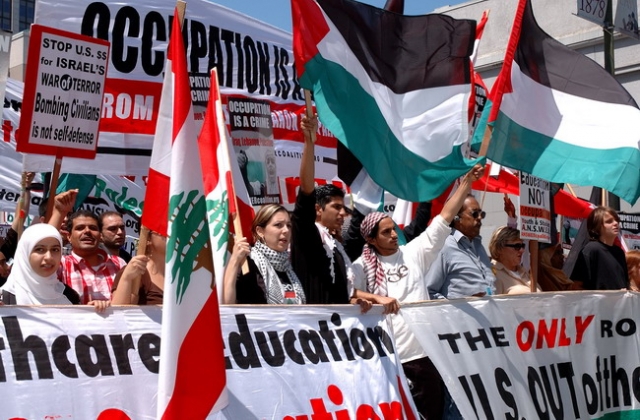 original image (650x427)
Add Your Comments
LATEST COMMENTS ABOUT THIS ARTICLE
Listed below are the latest comments about this post.
These comments are submitted anonymously by website visitors.